TOY FAIR 2017: Revival of the PLANET OF THE APES Action Figures

Super7 is doing the Lawgiver’s work…

It would be an overstatement to say I was heartbroken when NECA ended its classic 7-inch Planet of the Apes line a couple years ago — but not by much.

It was a brilliant, if brief, run that gave us not just the obvious characters like Cornelius, Zira and Zaius, but also unexpected ones, like green-jumpsuit Caesar and a rebellious, red-outfitted gorilla from Conquest of the Planet of the Apes. (Not to mention a scale Lawgiver statue, among others.) They also tried a Mego-esque, 8-inch line that produced the best Taylor ever. 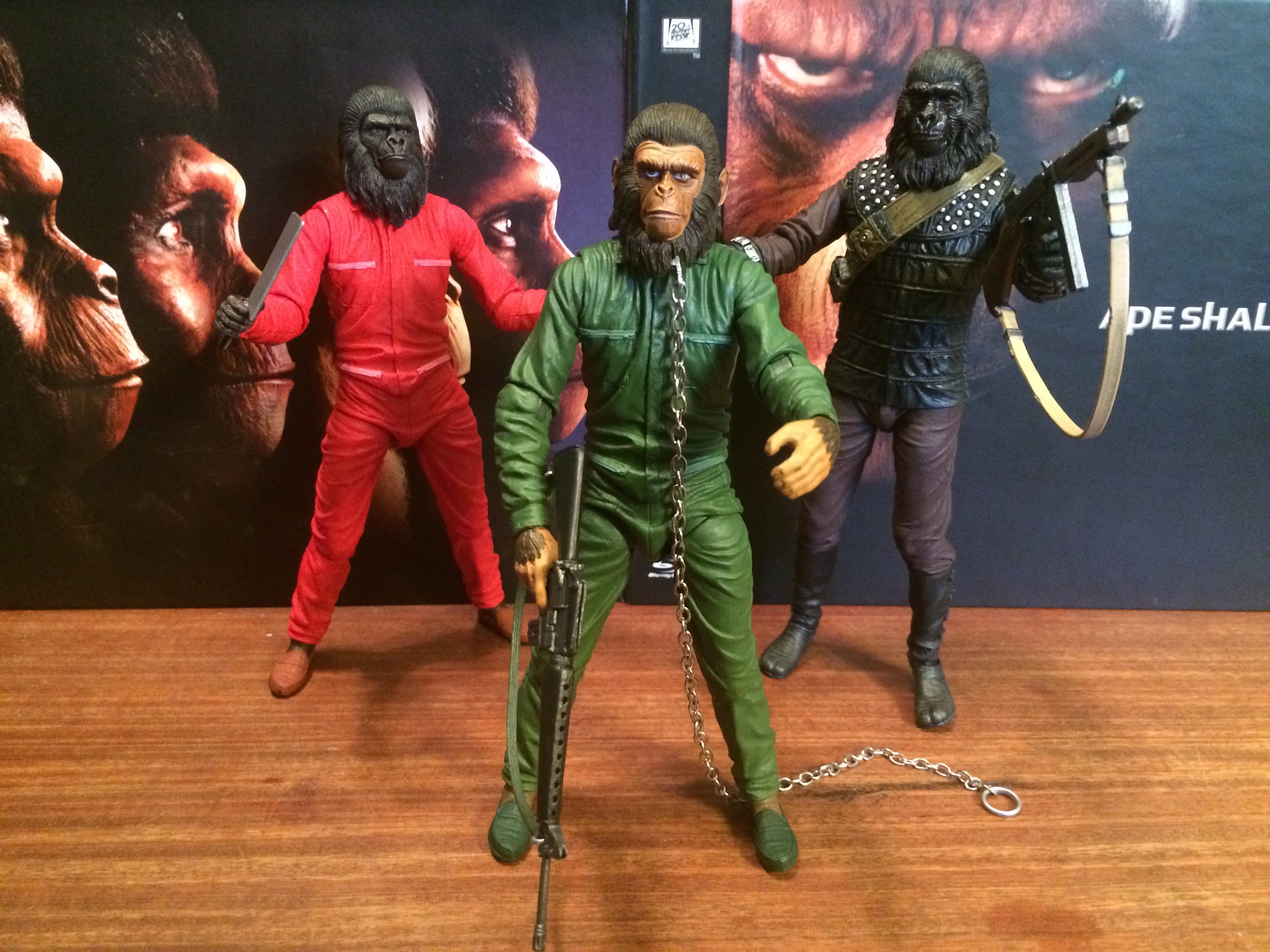 They were all highly detailed and high quality. But, damn it all to hell, it vanished too soon, like Taylor in the Forbidden Zone.

So it’s nice to see that San Francisco-based Super7 — which has brought its ReAction 3.75-inch-scale series back in house after a partnership with Funko — will be producing a brand-new POTA line. 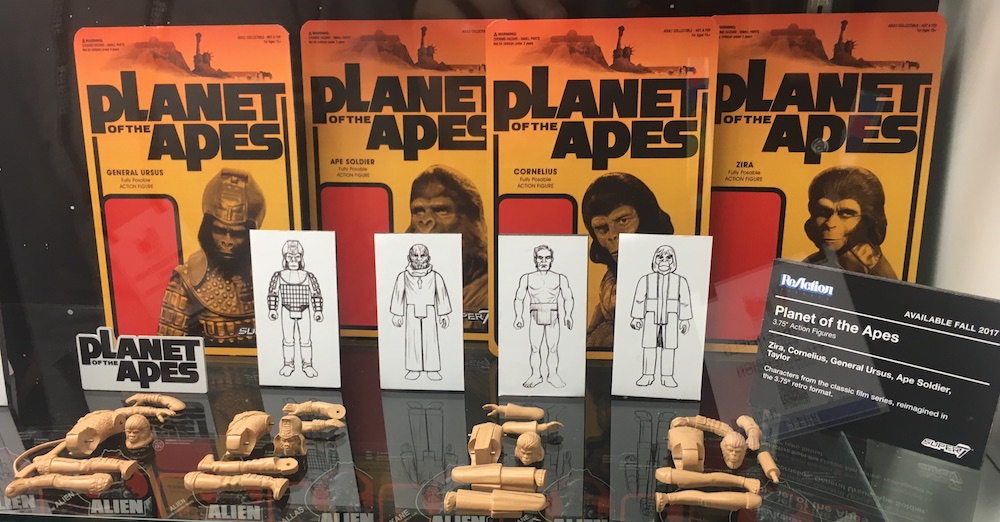 I guess I shouldn’t be — what with modern technology and all — but I’m still surprised at the level of accuracy that can be achieved at this size. Sure, these aren’t painted, but you can see the care that went into these sculpts so I have high hopes. 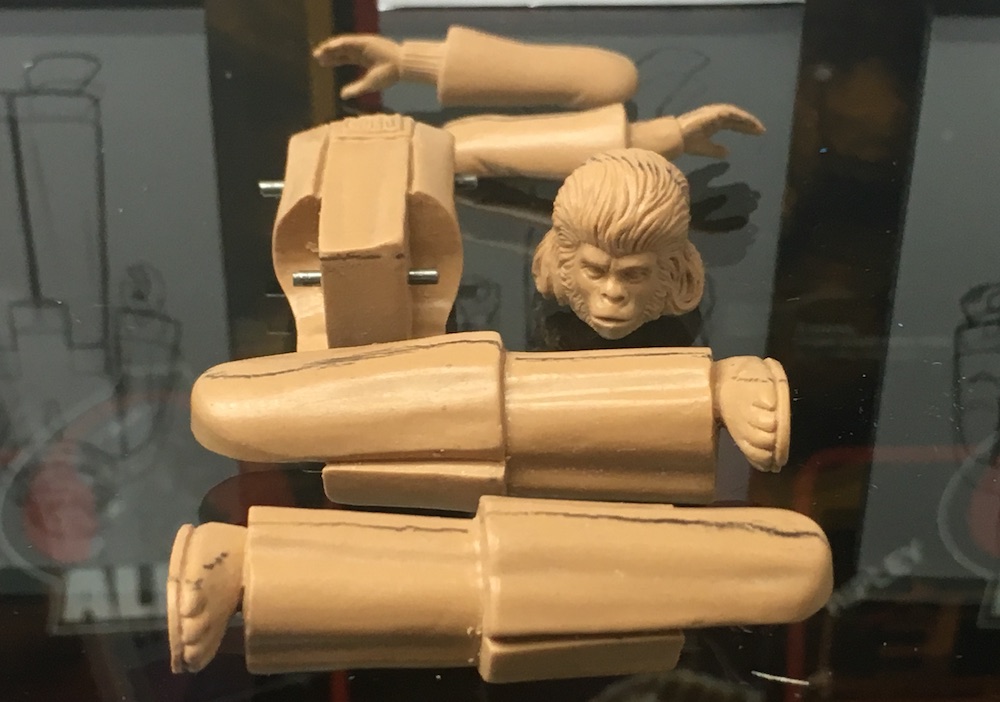 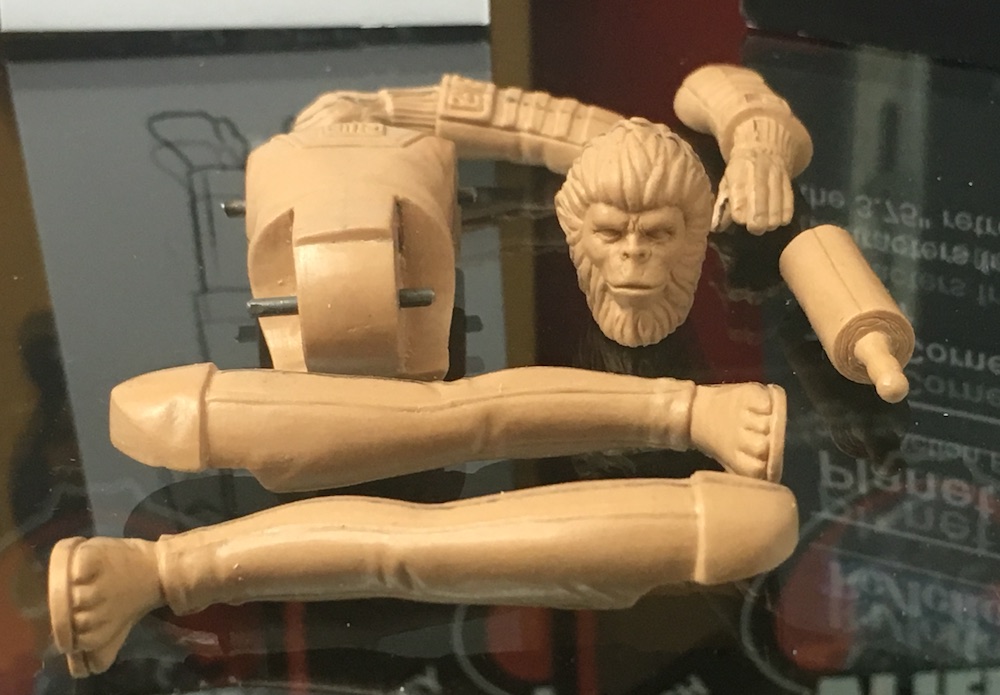 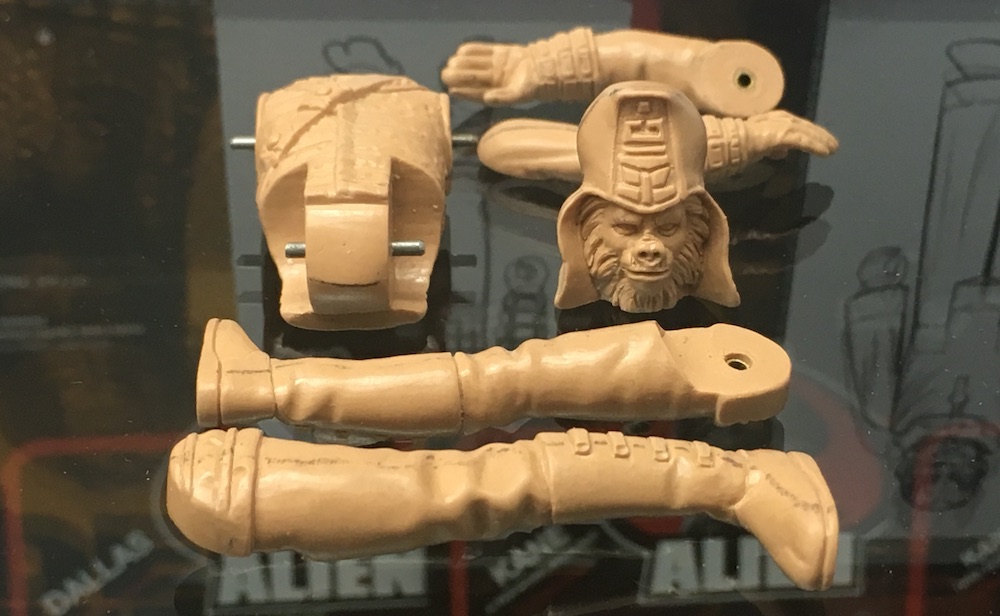 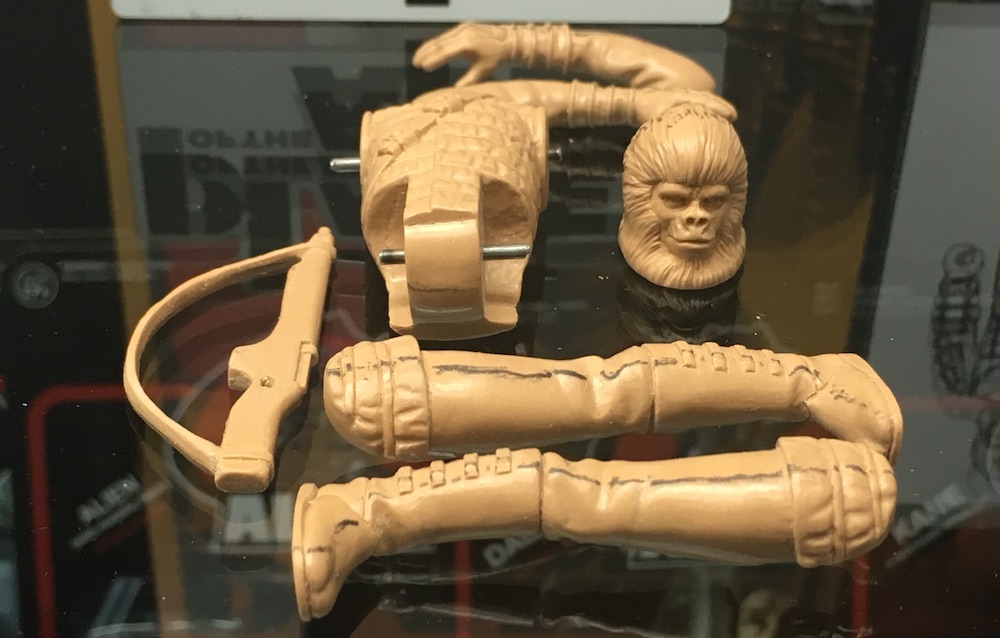 Clearly, the line will go deep, too, with these teases that include a Mutant figure: 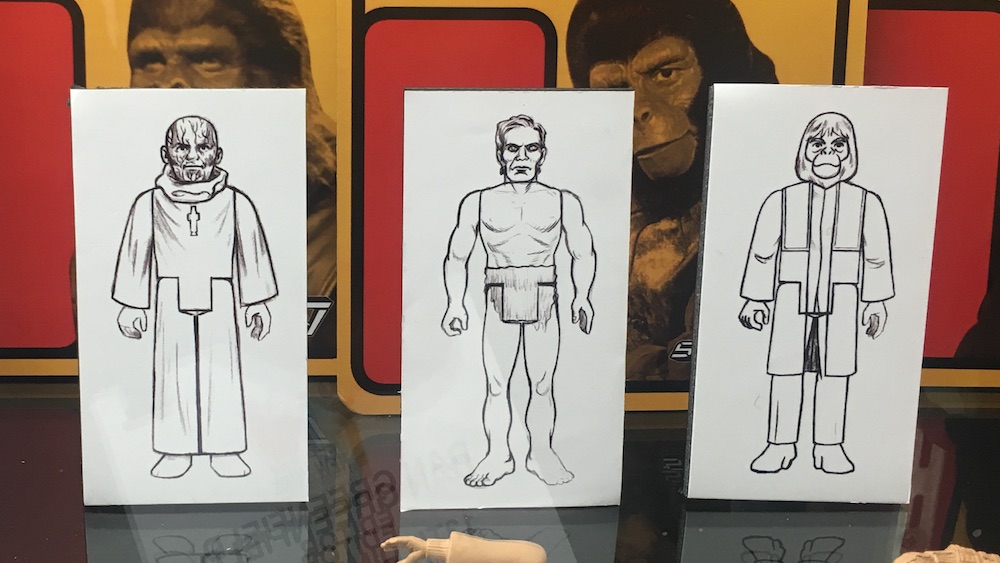 And this scale is typically affordable, usually allowing for a sizeable collection. (Figure in the $15 range when all is said and done.) 13th Dimension contributor Scott Tipton says he wants Dodge and Landon and has his fingers crossed for an Icarus playset.

Me? I think we have to have Nova and Brent. And if we’re getting Landon and Dodge, I hope we get Taxidermy and Lobotomy variants — not to mention Dead In Her Sleep Stewart. (Yes, I know how sick that is.)

The packaging looks neat enough but that’s not what’s going to hit market. Instead, they’ll be painted, a la Super7’s Masters of the Universe line:

Either way, happening upon this was definitely a highlight of Toy Fair. And since Funko is producing a Batman ’66 line, including Bookworm, you can have this team-up: