Not what you’re expecting.

I could bring you a gallery of Mattel items featuring the obvious choices — detailed 6-inch figures from the Multiverse line, for example. But pretty much every toy site under the sun has done that or is doing that.

So, let’s check out some of the other cool items Mattel was showing off that you mighta missed:

Batman voice-changing mask.  The outlines of the eyes light up too. $30, available this spring. I want it. 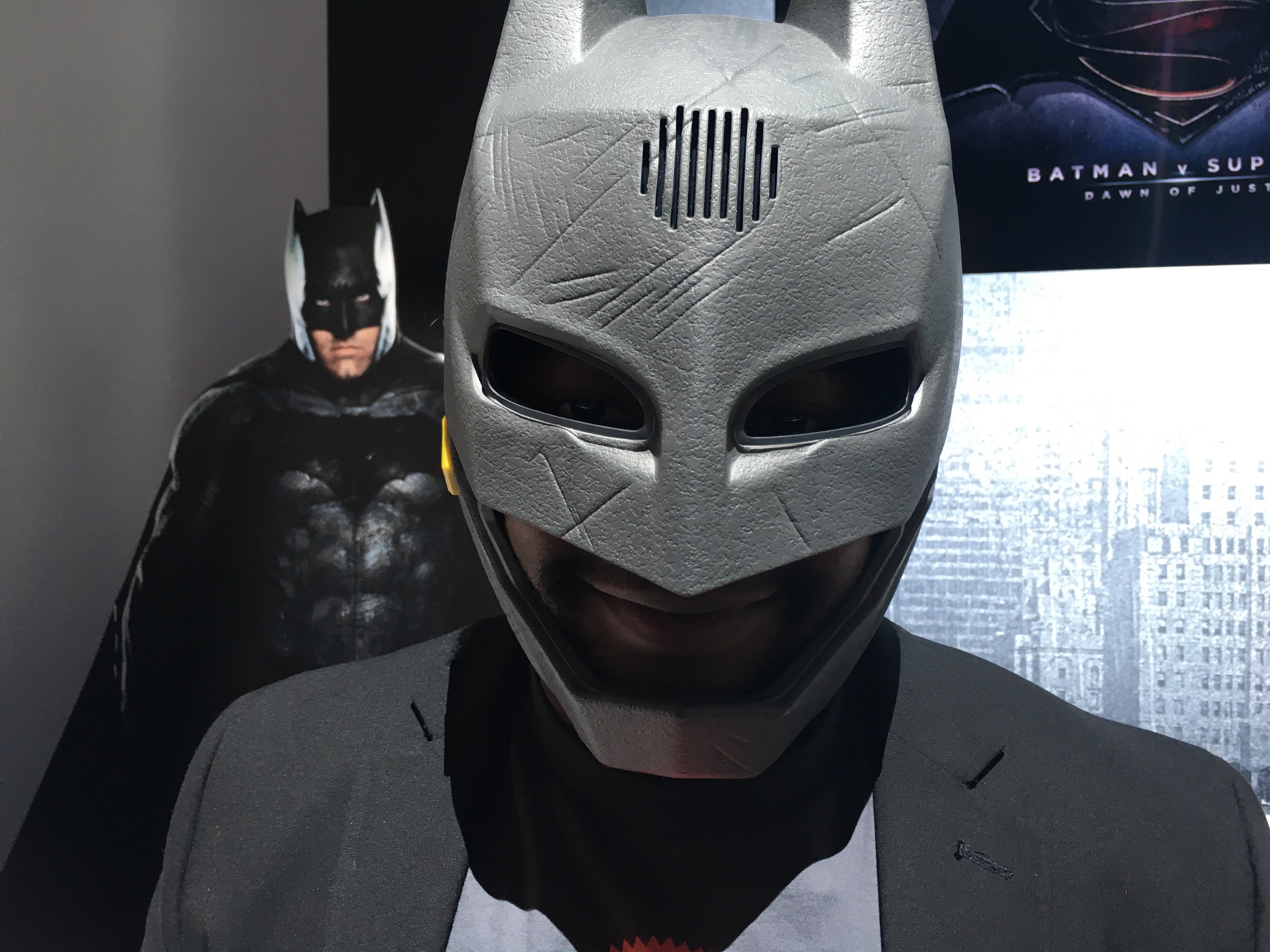 I love the Imaginext figures. Remember when I took Aquaman (and friends) to Italy? Click here if you don’t. Best vacation ever. Anyway, this awesome playset allows you to have Batman swoop over to the Daily Planet and knock over Superman. AS IT SHOULD BE. I want it. 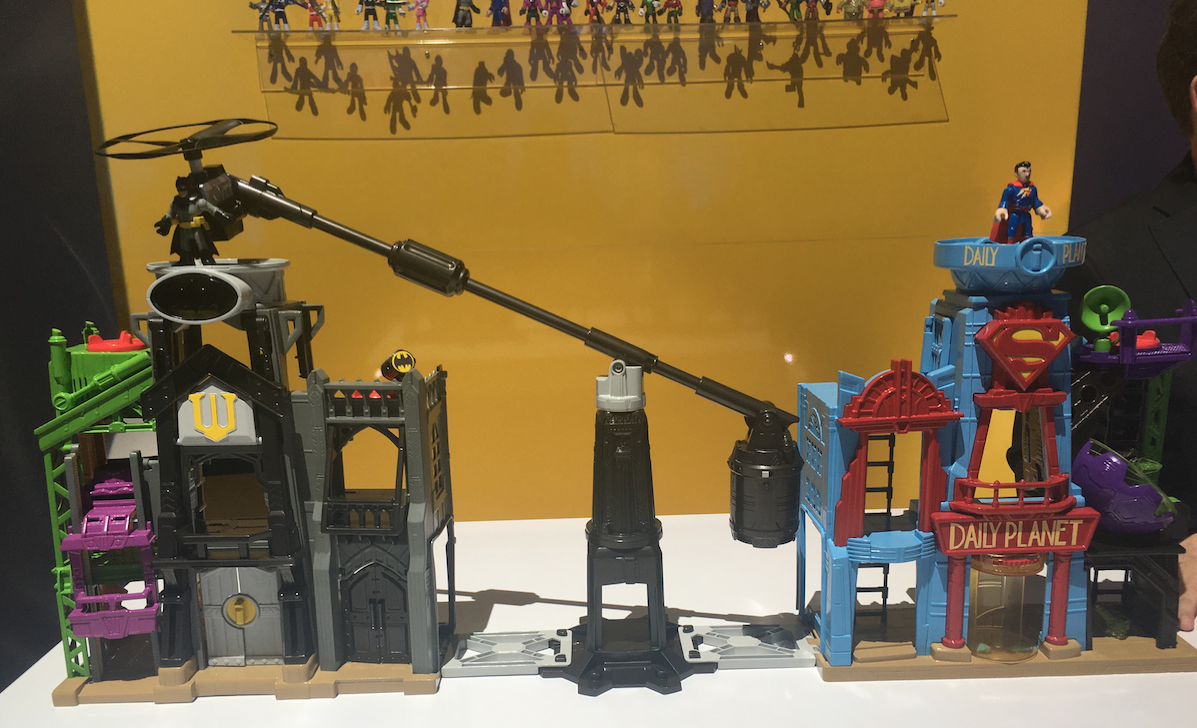 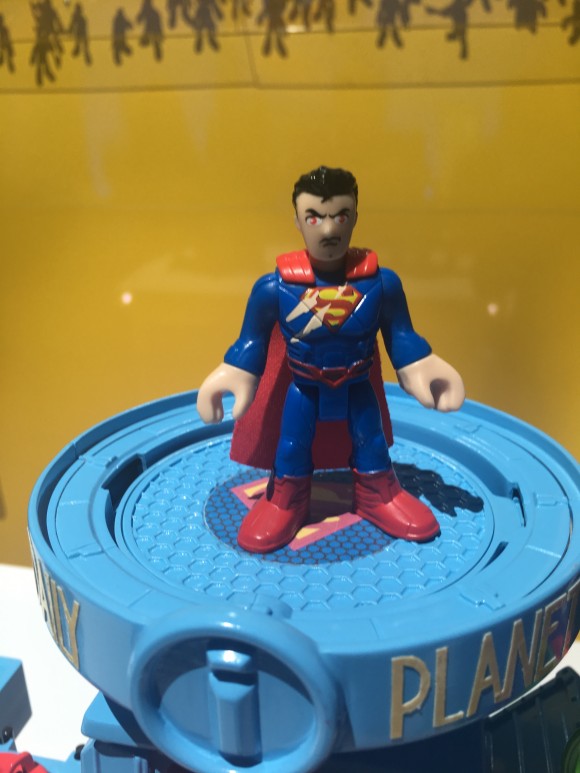 … and how happy Batman looks. I want them both. Now this is great. This is like a 1 1/2- to 2-foot-tall Batman mecha thing with all sorts of bells and whistles that lets you battle your favorite kaiju and whatnot. The head pops open so you can have Batman pilot the thing. The chest pops open so Batman can launch out in his Batmobile. The legs pop open so that his Justice League buddies and sidekicks can help out, like Batman Meets the Battle of the Planets. Little figs are blind-bagged and sold separately. ALL AWESOME. I WANT GIANT BATBOT NOW. 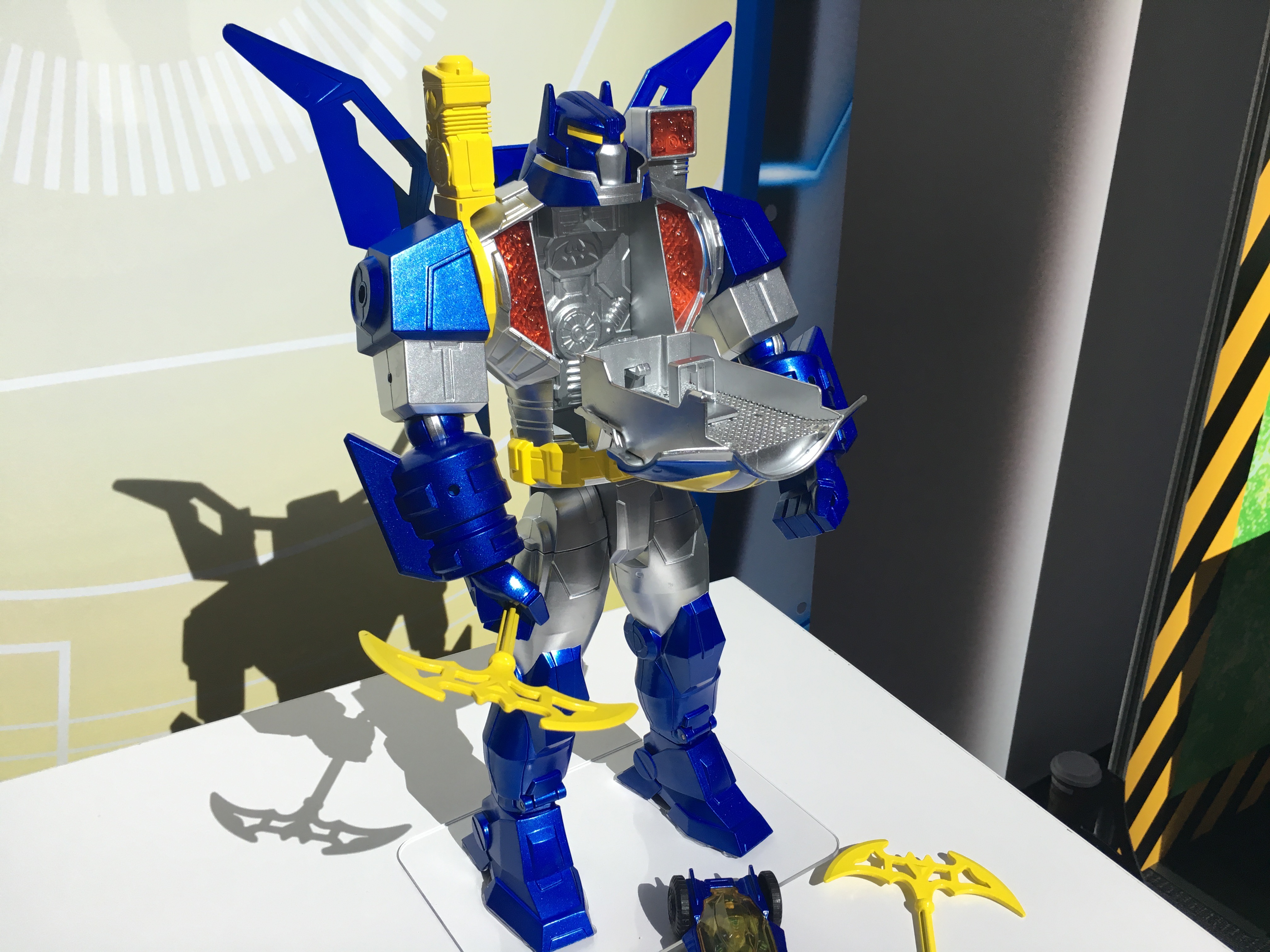 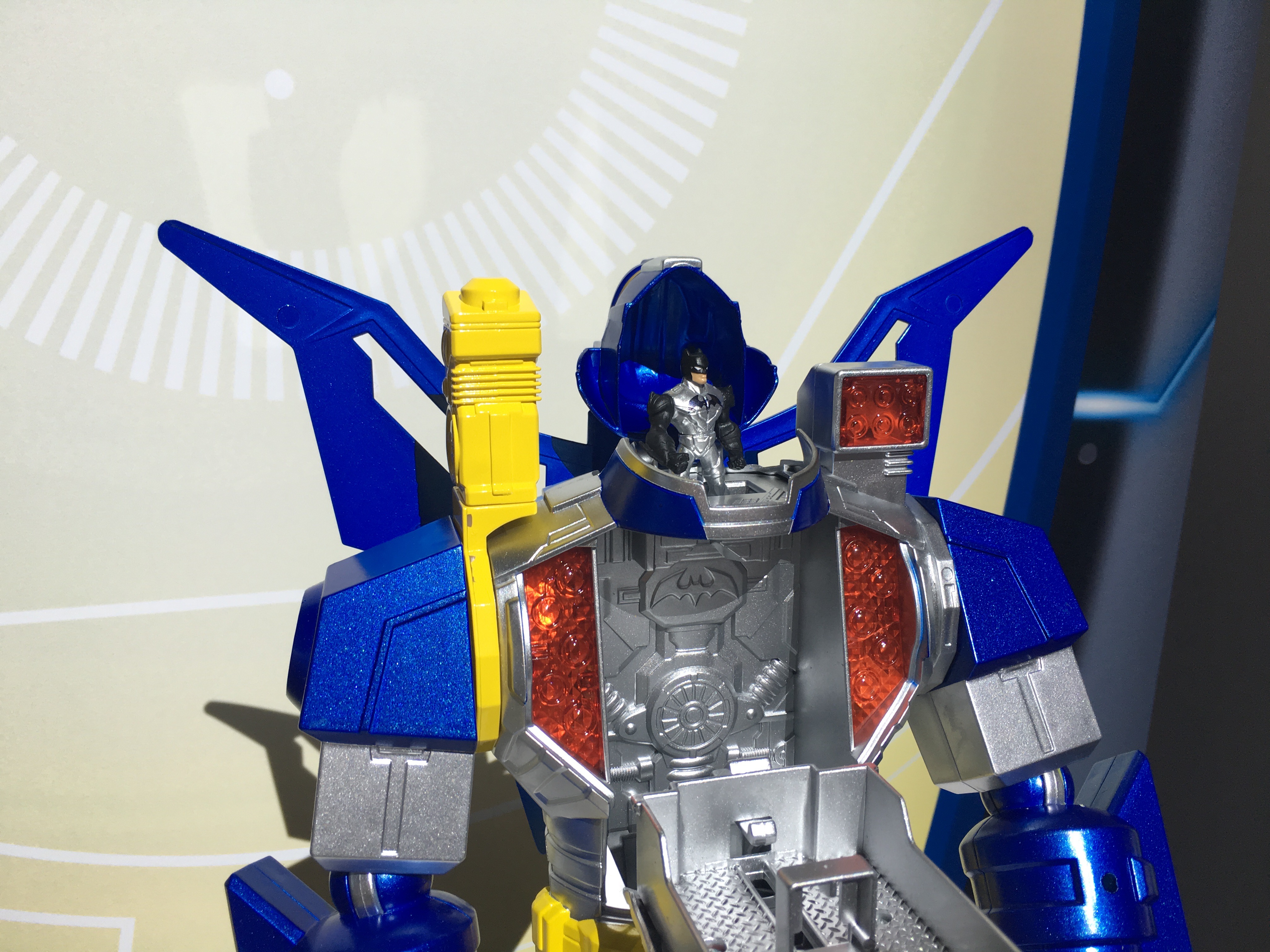 Now, this Batmobile from Batman v. Superman is pretty dang cool, because any 6-inch fig can fit in it and it has breakaway panels and shoots stuff and I want it. 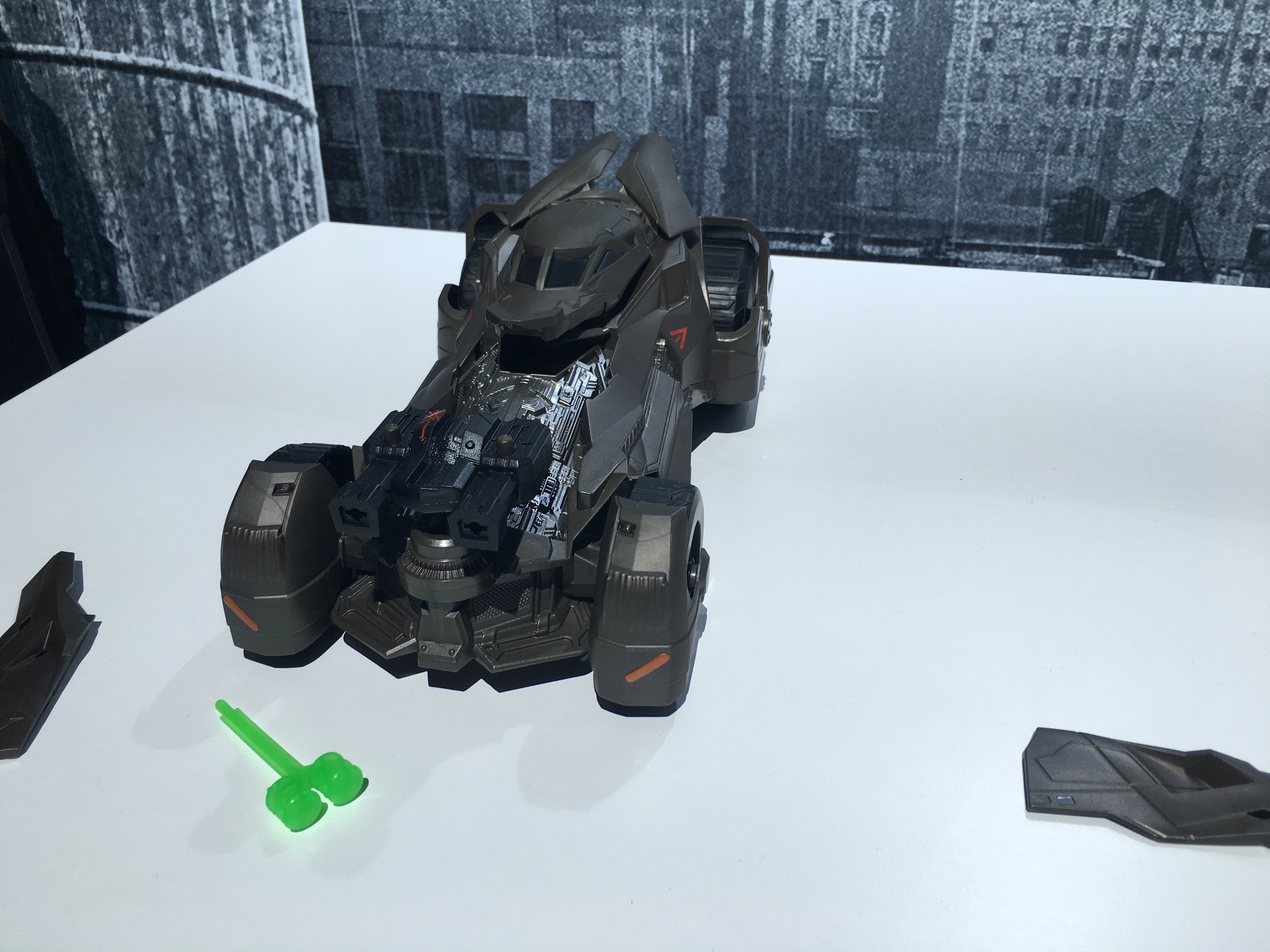 The best thing I saw at Mattel was DC Super Hero Girls. This is something long overdue and I give an enormous amount of credit to both DC and Mattel for producing this line. Now there’re different, larger scale lines — priced differently — that are kinda geared more toward traditional fashion lines (even if they’re all about Girl Power).

But what jumped out at me was the action-figure line. Actual, 6-inch bona-fide action figures designed for girls (at a mere $10 a pop). Along with role-play items like Wonder Woman’s shield and Batgirl’s utility belt. 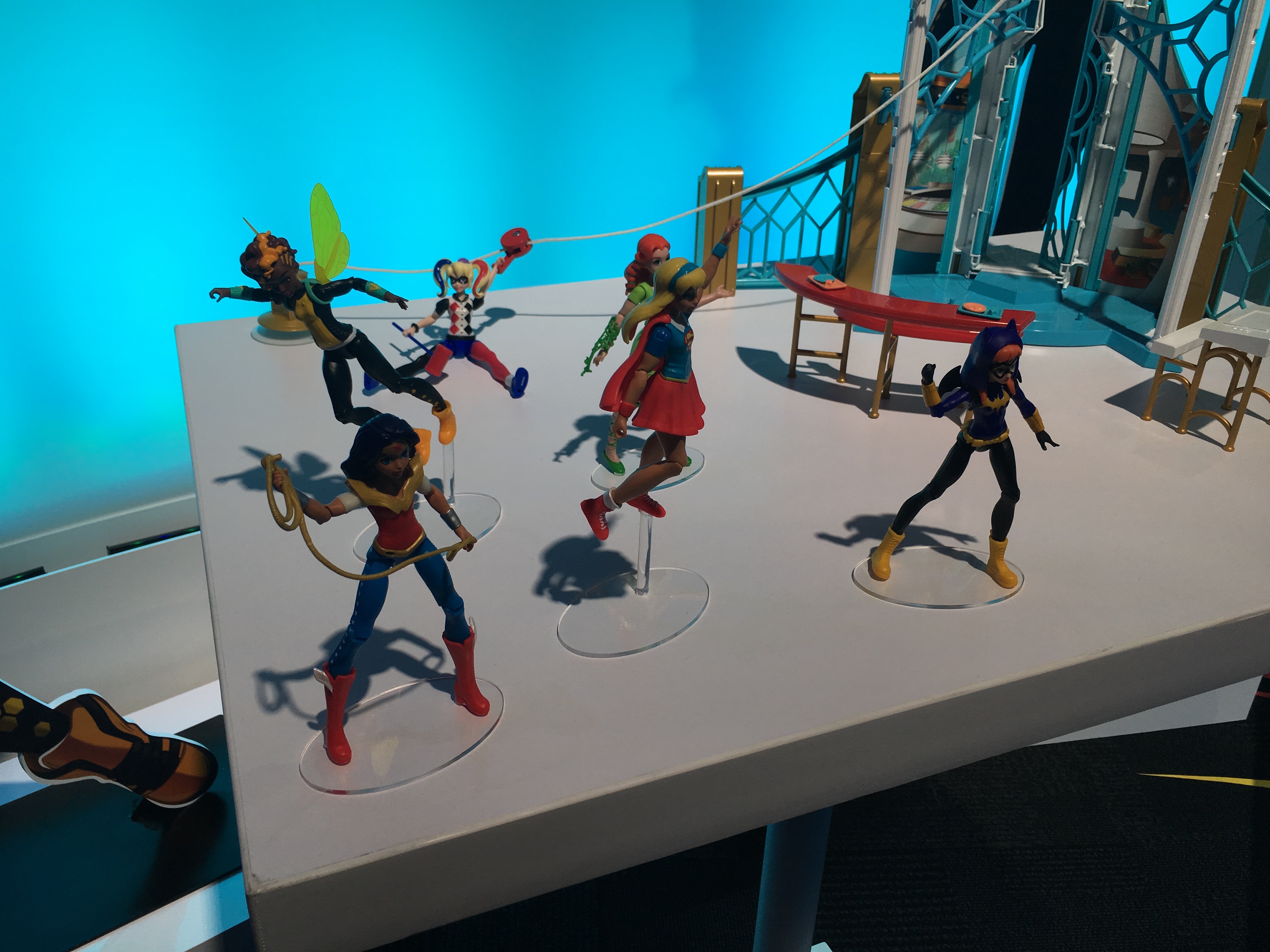 My only beef is that Removable Cowl Batgirl is exclusive to the $50 playset out this fall.