TOP 13 MASTERS OF THE UNIVERSE Characters

Why? Because Kaptara Vol. 1 is out in trade paperback this week — and the satire by McLeod and writer Chip Zdarsky features an awesome He-Man parody.

If you missed Kaptara in issues, or are reading this as a MOTU fan, here’s a fancy official description of the book:

When an exploratory mission goes horribly wrong, scientist Keith Kanga crash lands on Kaptara, a strange planet filled with muscle-bound warriors and cat tanks! With the help of a crew that includes a feline hunter, a nude wizard, and a wisdom-spouting orb, Keith must find the rest of his crew and a way back to Earth … before it’s too late! Kaptara: Fear Not, Tiny Alien contains issues 1-5 of the fantastical new series… 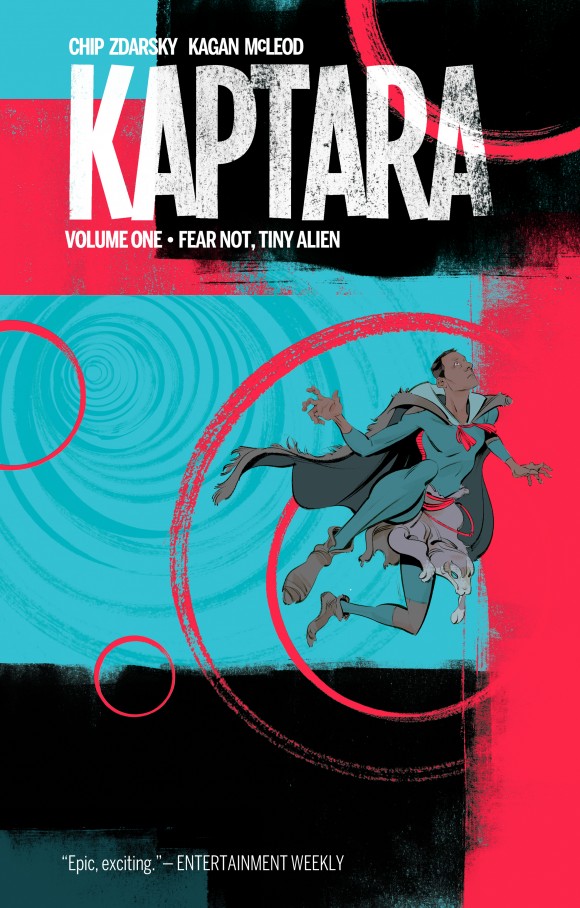 Oh, and the pix for the characters were furnished by Dark Horse, from the book The Art of He-Man and the Masters of the Universe:

13. Mo-Larr: This super gay barbarian dentist wouldn’t make the cut on Kaptara, which is why I like that he exists in MOTU.

12.  Meckaneck: After an injury, Man-at-Arms gave him a bionic neck in lieu of an old-fashioned neckbrace, and now he’s a master of hand-to-neck combat. Which is great.

11. Goat Man: He picks up where Ram Man fails (in that he looks like a Goat). While Ram Man only rams, Goat Man’s got the looks AND surely “gets your goat” as well.

10. Clamp Champ: Fans must have rejoiced after getting black representation on Eternia, even more so when he was found to be a champion of clamps.

9. Scareglow: There are many skull-faced villains in MOTU, but Scareglow is so universal I could see him as the bad guy in a shitty movie from literally any country.

8. Spikor: Chip thought there could never be an action figure for kids that was covered in spikes, but this guy’s a real prick!

7. Stinkor: Skunks are actually quite cute but Skunkor’s face is somehow a hideous owl-fish. And the stinky action figure is still one of the best selling points of all time. 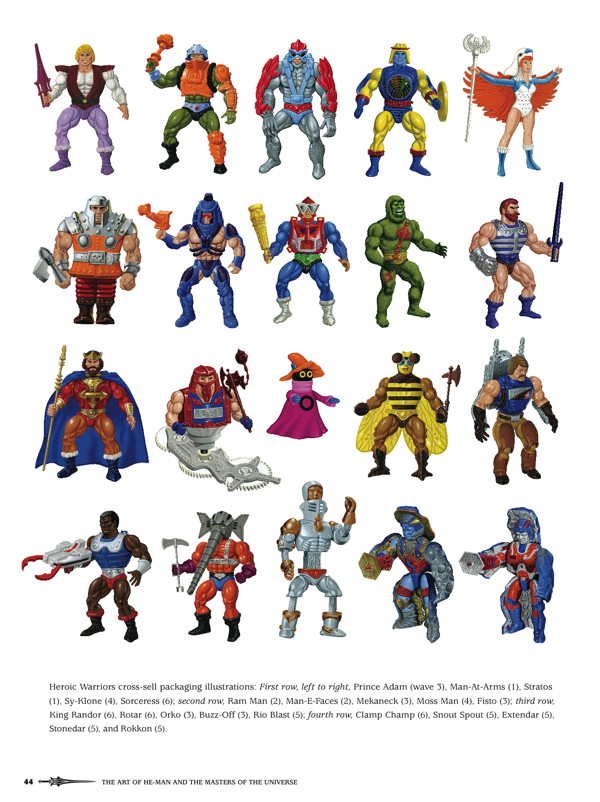 5. Bow: His pump-activated heart throbbed for She-Ra; who said toys can’t love? Though his lack of mustache (along with Man-at-Arms) was why they were both dead to me.

4. Trap-Jaw: A beard of iron and the full spectrum of evil colors; blue, purple and green.

3. Beast Man: The mammalian mashup with a great color combo. He wouldn’t be the same without the turquoise eye-bags.

1. Moss Man: He’s basically the reason I’ve got a beard and have spent over $500 on moss starter kits for my garden. He’s just the coolest-looking guy. One day I’ll have a habitat for him. 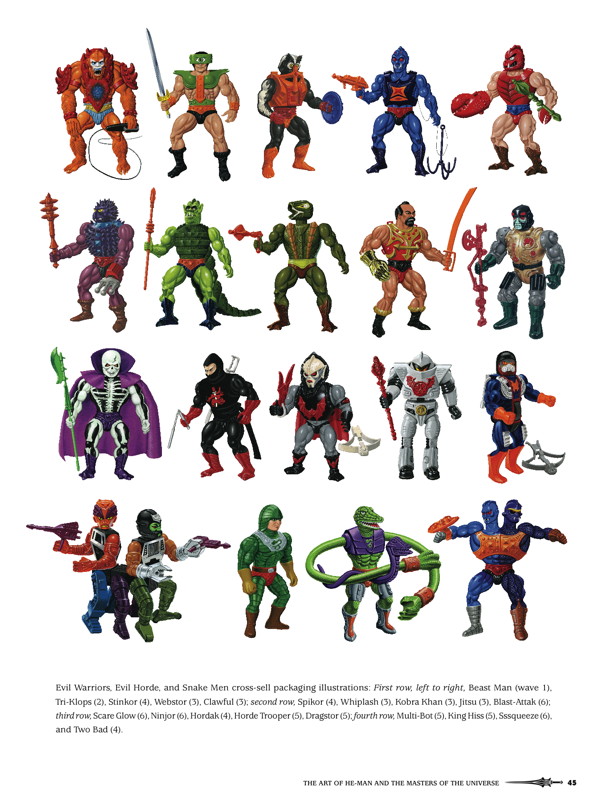