The writer picks his fave tale on the final day of SPIDER-MAN WEEK! 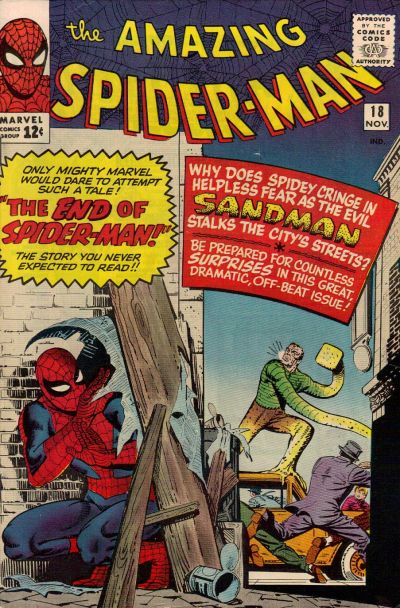 When it comes to all-time favorite Spider-Man stories, a lot of people of a certain age (pardon me for coughing dust) choose the one set in the tunnel with the spurting water where he’s grunting under a heavy machine and thinking about Aunt May. And that’s a wonderful scene. Certainly his greatest triumph up to that date, and probably ever since. But I’ve always preferred his greatest humiliation, as told in “The End of Spider-Man,” Amazing Spider-Man #18, November, 1964. I think it was the first time an ongoing super-hero became a quitter. It preceded by three years the famous panel where he put his costume in a garbage can and sadly walked away.

In the previous issue, Spider-Man was fighting the Green Goblin before a rare admiring crowd when he overheard news that Aunt May suffered a heart attack. Dozens of disappointed witnesses saw Spidey run away from the fight, not knowing that he was rushing to what could have been the deathbed of his closest living relative. “Some crummy hero HE is,” said a bystander, giving voice to the new consensus.

Now, barely noticing that his reputation is in ruins, Spidey decides that it’s selfish to keep risking his life for as long as Aunt May is around to depend on him. Echoing the origin, he backslides into his early strategy of cashing in on his powers — but, this time, nobody is buying. A trading card manufacturer puts it plainly: “FACE it! You’re washed up … a HAS-BEEN!”

In what should be as iconic a shot as that garbage can panel — and one that Stan and Steve brilliantly ran as the cover — Spidey hides behind a garbage can(!) to duck a fight with Sandman. But even this pales next to the most unforgettable image: J. Jonah Jameson’s repulsively gleeful and seemingly indelible grin — which never fades until next issue, in the very panel where Spider-Man’s reputation is salvaged. 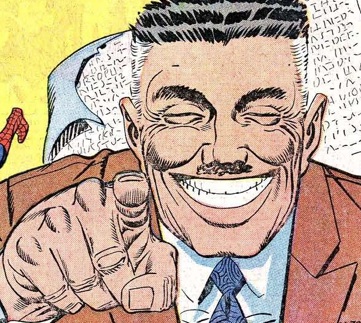 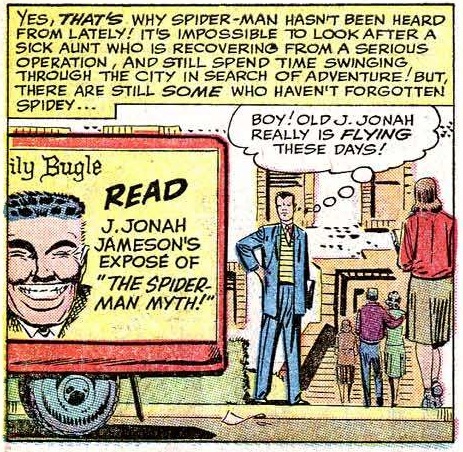 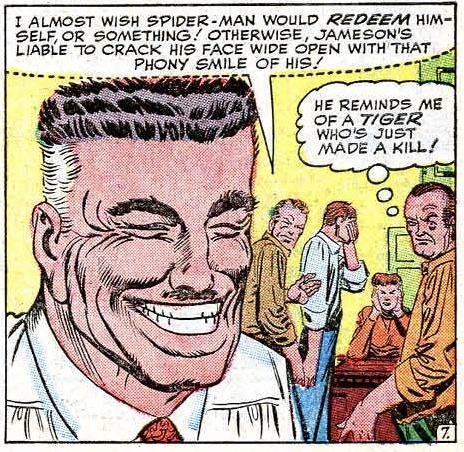 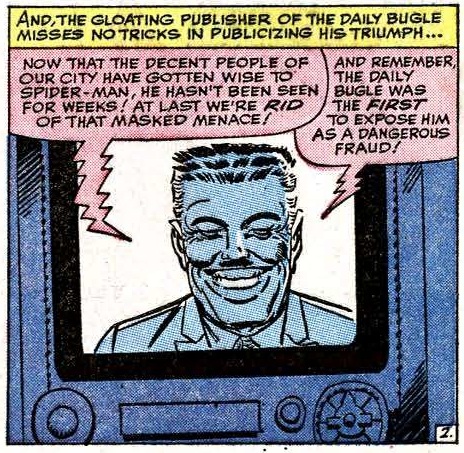