This Year, I am Thankful For…

Home » This Year, I am Thankful For…

In a special Thanksgiving-themed Meanwhile column, Menachem pauses in front of the proverbial long box …

I’m not sure how many of you have actually participated in the classic “This Year, I am Thankful For” tradition on Thanksgiving. Growing up, this was as traditional to my family as going to my aunt’s house in New Jersey and the turkey itself. As I grew older, even though we kept going, I think the annual recitals grew more ironic and then faded away. In recent years, social media has brought this practice back to me, and I can’t argue that it’s not a good thing.

As a retailer, a middleman who is at the whims of buyers, sellers, distributors, shippers, creators and everything down to the weather, I have a lot to be thankful for. Before I get into things that make me thankful to be selling comics at this exact moment in time, a few personal ones:

To Conrad, for everything he does keeping this place in shape. The holiday season always reminds me how much of this enterprise rests almost solely on him and how wonderfully he accomplishes it all.

To my family, for putting up with all this and (far too often) helping me out with money trouble.

To Andrea, Peter, Carl, Matt, David(s), Donna, Drew, Chris, Scott, Michael, Nate, Mike and all our other wonderful customers whose interest and love of this medium sustains me and whose willingness to spend money on it supports me.

To the podcast crew, for being a bright ray of surreality on a weekly basis.

And to my wife and kids, who define me.

Now on to the more general stuff! 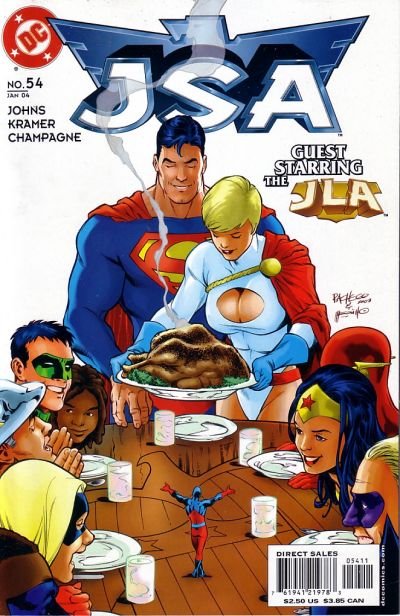 I’m thankful and thrilled to be living in a time where the wide diversity in comics (style, schedule, story, genre, creator, etc.) is not only available but generates enough interest for me to honestly say that there is a comic out there, in print, for every taste. Whether you only read one book or one kind of book or like to sample all sorts of things, the fact that we are currently supporting such an eclectic field is only a benefit to all types of comics.

I am grateful to the other retailers I know, and even those I don’t, who have put in the effort to showcase comics in such a wonderful way and who make their shops places where people feel at ease and comfortable talking about, buying and debating that same varied range I am thankful for above. From old pros like Night Flight Comics and Page 45 to newer shops like Mission Comics & Art and the recently re-branded Aw Yeah Muncie, I am honored to work among such great people.

To the creators who are working their asses off to create some top-flight entertainment and art, the likes of which are some of the finest examples of their chosen category in a long while. I constantly say that we are a living in a new Golden Age of comics and you are the people who have brought us there, so thank you.

To the readers of this column and to Dan Greenfield and all of 13th Dimension — I’ve been with this site since they started and I have to say that between this and the podcast, I was forced to become a more thoughtful retailer, one who thinks of the WHY and HOW behind things I am selling, and that has made me a better retailer and a better person.

To all of you as well (but Dan especially), a heartfelt thanks. 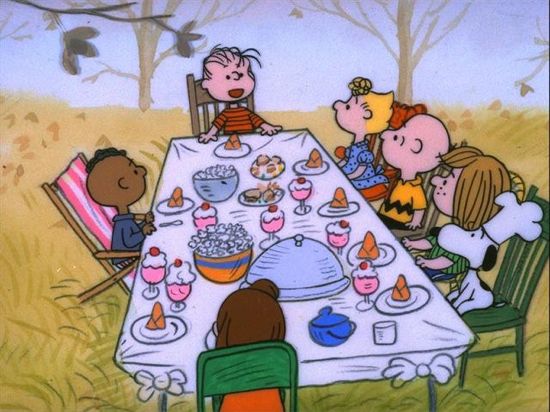