THIS WEEK IN SECRET WARS: Teams, Teams and More Teams 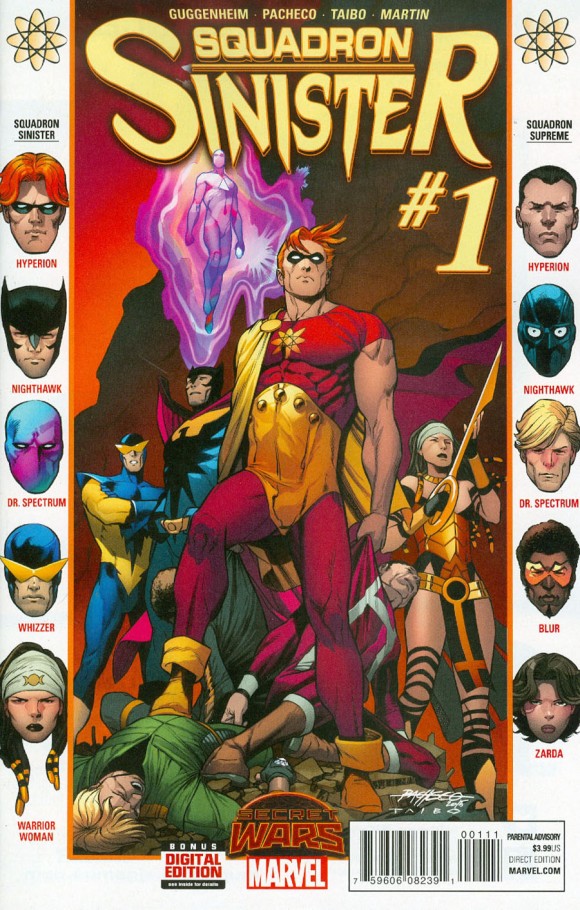 It’s been awhile since we have seen any version of the Squadron Supreme but this Secret Wars tie-in certainly scratches that itch. Writer Mark Guggenheim decides to feature the original version of the Squadron—the Squadron Sinister — an evil group analogous to the original Justice League. The story centers on the evil Squadron warring against other realities’ version of the team. It’s no secret which version Guggenheim favors as he has his Squadron easily wipe out the J. Michael Straczynski version of the team in the opening pages of the book. The book has an awesomely classic feel and Carlos Pacheco‘s art style complements the script very well. My only complaint is the exaggerated level of violence. I don’t mind some good comic book gore, but this level of violence is just incongruous with the book’s classic feel. Other than that, Squadron Sinister #1 is a fine read. 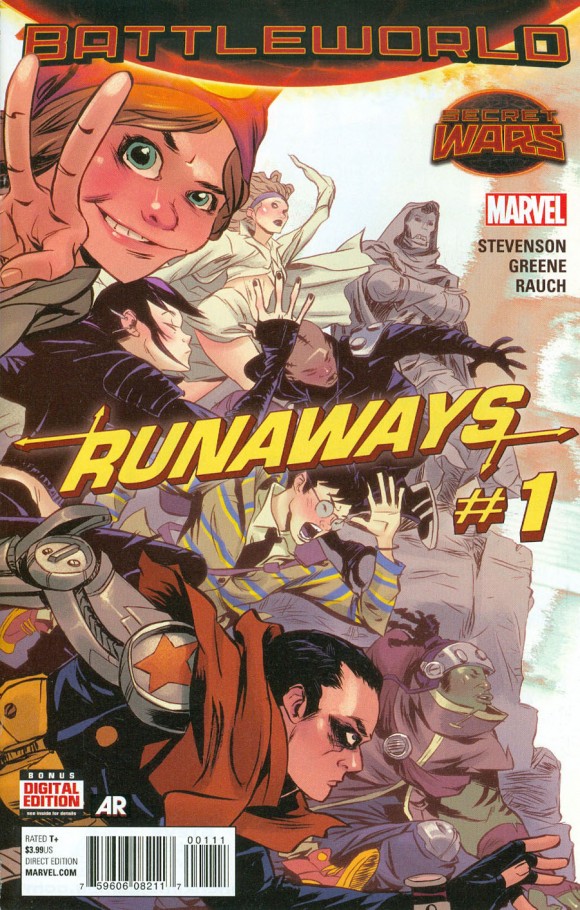 For those looking for a return to greatness for the Brian K. Vaughan version of the Runaways are in for disappointment, as only one of the originals — Molly Hayes — appears. This book, while competently crafted, breaks no new ground. It’s your typical superheroes-in-school type of thing with many of Marvel‘s youthful mainstays as the cast. The only wrinkle is that this is a school run by Dr. Doom and all the teachers are Doombots. It’s fun in places, predictable in more, and derivative in most. If Marvel wanted to do the Runaways in Secret Wars, why didn’t they just bring back the original team? 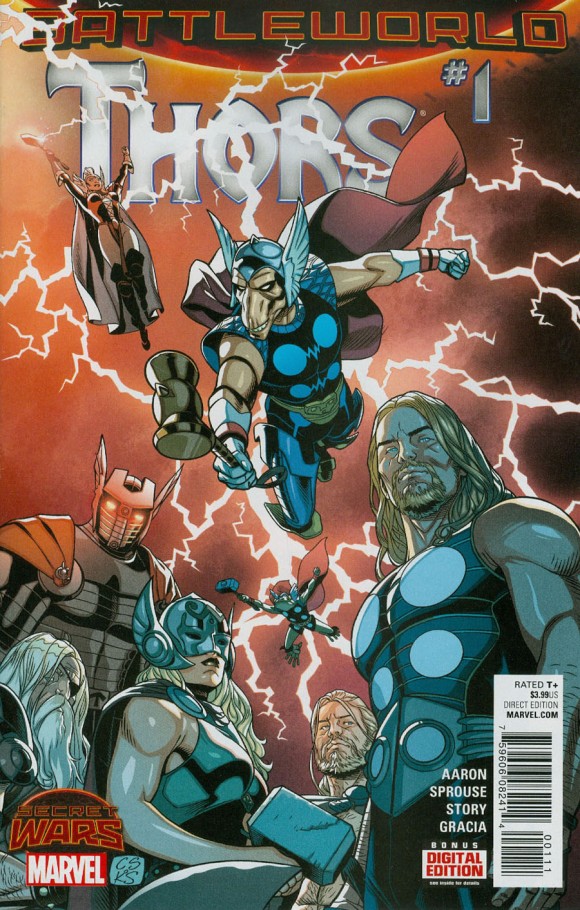 Seriously, how does a writer craft a cosmic noir cop story starring a bunch of Thors? I’m not sure how Jason Aaron pulled this one off, but he did, creating a story that is part crime drama, part cosmic epic. Ultimate Thor and Beta Ray Bill investigate a spree killer who journeys to different realities to kill the same woman over and over. This book is so innovative and gripping it’s really hard to put into words. Thors #1 works on so many levels and is that rare book that should appeal to both fans of hardcore crime fiction and fans of space opera. Plus, artist Chris Sprouse proves why he is one of the best. A must buy.