THIS WEEK IN SECRET WARS: A Marvel Fringe Festival 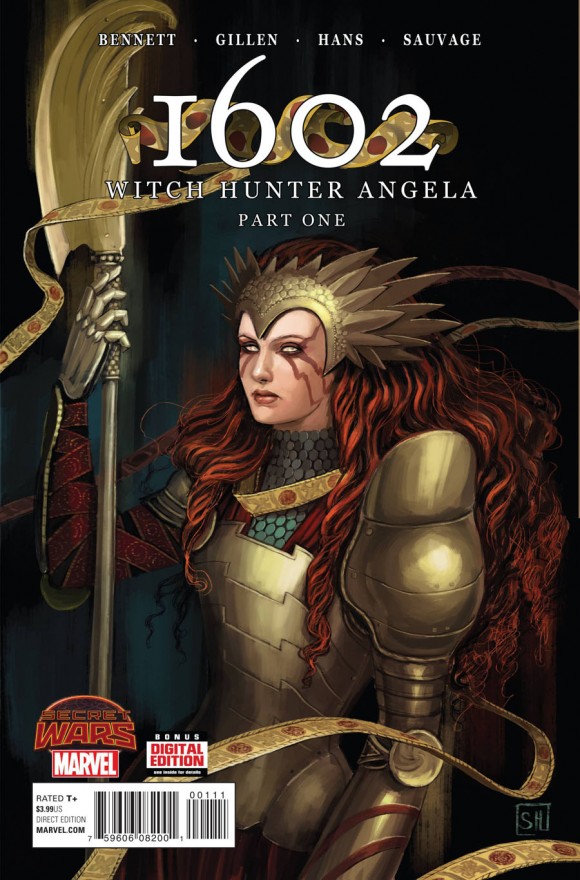 1602: Witch Hunter Angela #1. Writers: Marguerite Bennett and Kieron Gillen. Artists: Stephanie Hans and Marguerite Sauvage.
Mashing up two Neil Gaiman concepts, 1602: Witch Hunter Angela certainly carries the sensibilities of a Gaiman tale if not the subtlety of execution. Don’t get me wrong, not hitting Neil Gaiman-level standards is not a condemnation. Bennett and Gillen craft a fascinating world for their protagonist. In this story, we learn some back-story as Angela hunts the 1602 version of mutants, the Witchkind. So we have Angela running into famous figures from the X-Men‘s past as well as famous figures from real history such as Kit Marlowe, creating a unique blend of historical fiction and alternate Marvel reality. A bit overloaded but still daring and exciting. 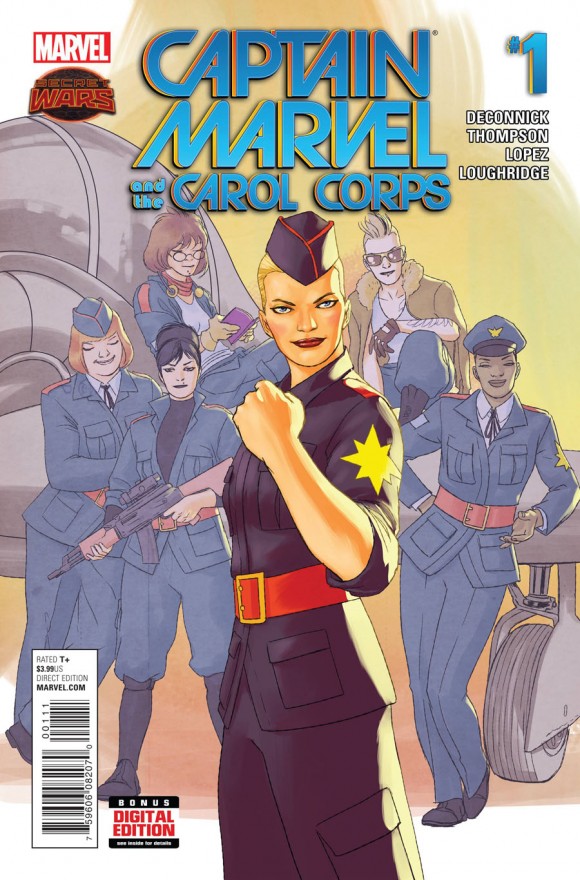 Captain Marvel and the Carol Corps #1. Writers: Kelly Sue DeConnick and Kelly Thompson. Artist: David Lopez.
Presenting the first Marvel comic named after a character’s fan base, Captain Marvel and the Carol Corps #1. Like most things Kelly Sue DeConnick writes involving Carol Danvers, this is an absolute delight, taking place on some Battleworld section where modern technology exists but fashions and social attitudes seem to be more World War II. By not firmly establishing a time and place for the setting, DeConnick and her co-writer Kelly Thompson create an offbeat atmosphere for the book. Each member of the Carol Corps arrives on the page fully realized and readers will fall in love with this cast instantly. David Lopez is perfect for this project because the whole thing looks and feels like a modern Blackhawk comic. So much fun and a welcome addition to Battleworld. 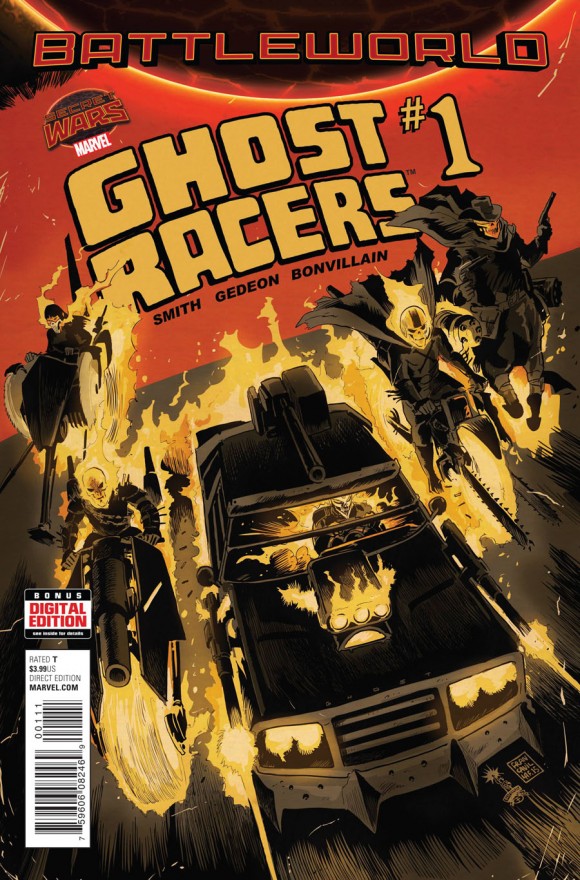 Ghost Racers #1. Story: Felipe Smith. Artist: Juan Gedeon. Colorist: Tamara Bonvillain.
Here’s another Secret Wars high concept as all the Ghost Riders in the rich history of the character are forced to race in the Killiseum. Of course Arcade is running the show and the action is pretty intense. Classic wisdom goes that it is hard to do a car chase in comics, but boy, do Felipe Smith and Juan Gedeon try. Gedeon in particular really establishes a frenetic pace but sadly, the book is a repetitive study of how awesome the writers think the series protagonist Robbie Reyes is. Now, I liked the All-New Ghost Rider book so I don’t mind seeing Robbie again, but this book really oversells the character. All that being said, there is some amazing design work, particularly the Old West Ghost Rider. 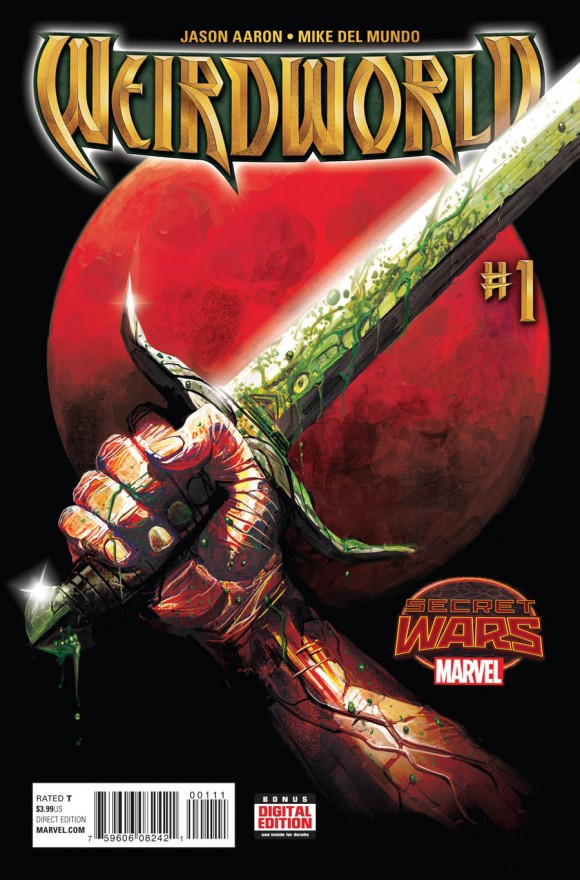 Weirdworld #1. Writer: Jason Aaron. Artist: Mike Del Mundo.
Seriously, if the only thing memorable to come out of Secret Wars once it is all over is this title, than it will all be worth it. Yes, Weirdworld is just that awesome. Mike Del Mundo might be the greatest artist in mainstream comics right now, with innovative layouts and brilliant perspective. With Jason Aaron, Del Mundo tells the tale of obscure Avengers character Arkon as he journeys through Weirdworld to return home to his realm of Polemachus. The whole issue has this wonderful dream-like quality that explores myriad strange elements of the fringes of the Marvel Universe. It is a book that finds genius through the improbable and was one of the single best fantasy comic issues I have ever read. I can’t wait to see where this is strange bit of barbaric awesomeness is going,