This Week in ORIGINAL SIN: Sisters and Sins

Home » REVIEWS! » This Week in ORIGINAL SIN: Sisters and Sins 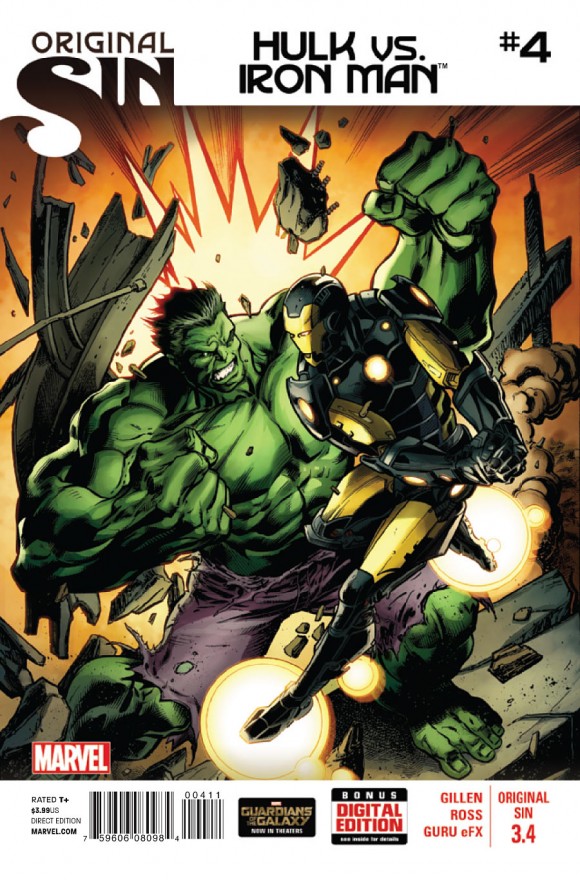 So this entire series came down to two masterful writers playing with reader perceptions. Fans assumed that Stark was the villain and that it was his past drunken egotism that created the Hulk. These assumptions were aided by the alcohol-fueled gaps in Stark’s own memory. I won’t spoil the details here, but these assumptions couldn’t be further from the truth, as Stark proved himself in the series finale to be the noblest of heroes, a man willing to wear the mantle of the villain in order to help a friend. As promised, the Hulk went though some profound changes that should make his own series very interesting. I wouldn’t mind seeing Ross take up the artistic reins of the Hulk monthly. 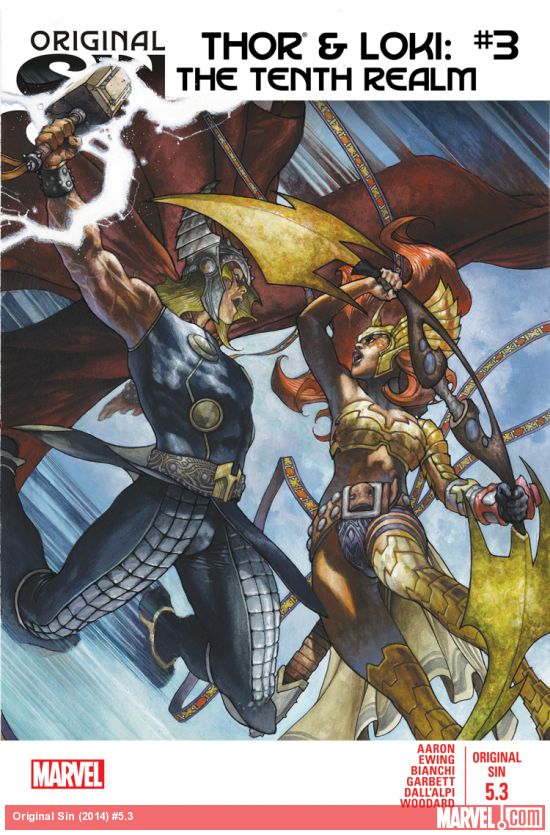 Thor has had some deafening buzz lately, what with the God of Thunder becoming a woman and all. We applaud Marvel for taking story chances, but future seismic shifts shouldn’t take away from the now as Thor is  going through some major changes even before the gender swapping. Thor has a sister, and the tale of how Angela was lost is sweeping and epic. It’s as big a story as one could possibly want as Aaron and Ewing tell a tale that spans eons.