This Week in ORIGINAL SIN: Daredevil, Nova … and Everybody Else

Home » REVIEWS! » This Week in ORIGINAL SIN: Daredevil, Nova … and Everybody Else

As Marvel’s Original Sin barrels toward a conclusion, here are more sinful views and reviews. 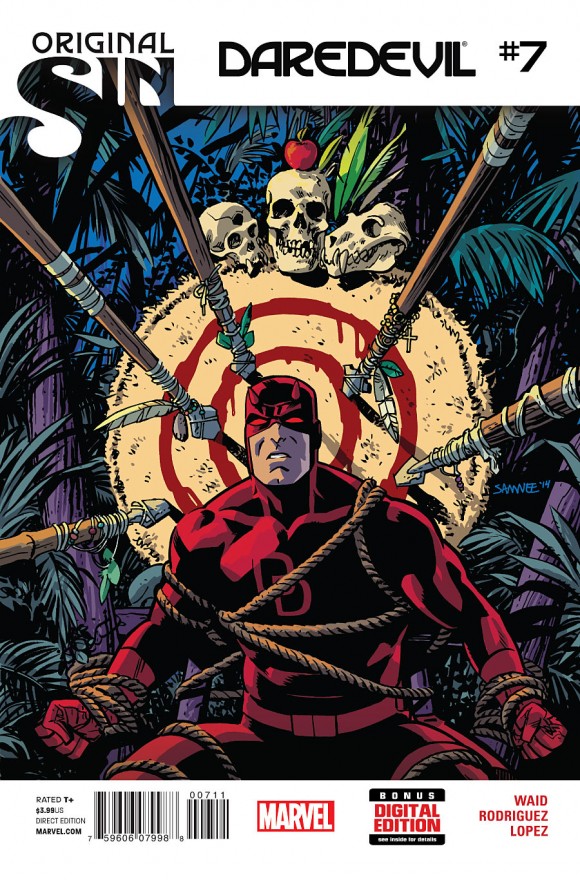 Daredevil #7. Story by Mark Waid. Art by Javier Rodriguez and Alvaro Lopez. Colors by Javier Rodriguez
Simply put, Mark Waid’s Daredevil is the single best super-hero comic on the stands. This is not open for debate. Somehow, in this issue, Waid juggles an Original Sin crossover with the current political situation of Wakanda and merges all that with the origin of Daredevil’s mother, a character introduced by Frank Miller in the classic Born Again. It is a stunningly beautiful story that combines the epic with the horrifically mundane, and shows that not all sins are huge but all can have an impact. This issue deals openly and honestly with depression and mental illness in a way I have never seen in mainstream comics. Javier Rodriguez handles the awesome jungle action with the same artistic acumen that he displays on the very poignant and personal scenes between Matt and his mother, whom he must rescue from the Wakandan royal palace. Daredevil continues to be the finest Marvel has to offer whether it stands alone or is part of a crossover. Please Mr. Waid, never leave this book. 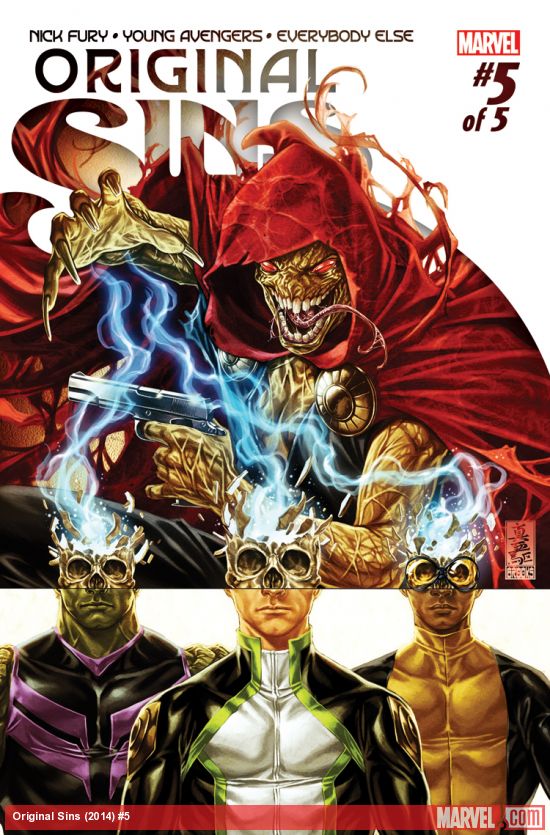 Original Sins #5
Nick Fury. Writer: Al Ewing. Penciler: Butch Guice. Inker: Scott Hanna. Colorist: Matthew Wilson.
Well, hol-e-shit. Sometimes the stories in these anthologies, even the high-quality ones, seem a little disposable. Not this one. My God, not this one. Ask yourself, if Nick Fury is dying, why not Dum Dum Dugan? They both have the Infinity Formula, why is Dugan still vital? This story answers the question and sets up a shocking new status quo for one of Marvel’s oldest characters. It’s a game changer to be sure, and one told with incredible skill by Al Ewing. The writer seems to know he has an important story in the history of Marvel to tell and treats the proceedings with reverence. Butch Guice on a SHIELD story is always a treat and the artist is at the top of his game. All fans of old school Marvel need to read this one.

Young Avengers. Writer: Ryan North. Artist: Ramon Villalobos. Color Artist: Jordan Gibson.
The Young Avengers take on the Hood without throwing a punch. The feature finishes clever, but it seemed a little too self aware for its own good. By no means bad, just experimental and not always successful.

Everyone Else. By Chip Zdarsky.
Chip Zdarsky might just be the funniest creator in comics today. This two-pager proves it as some Marvel icons reveal their deepest out-of-continuity secrets. Laugh-out-loud funny. Zdarsky needs to do more of these, lot and lots more of these. 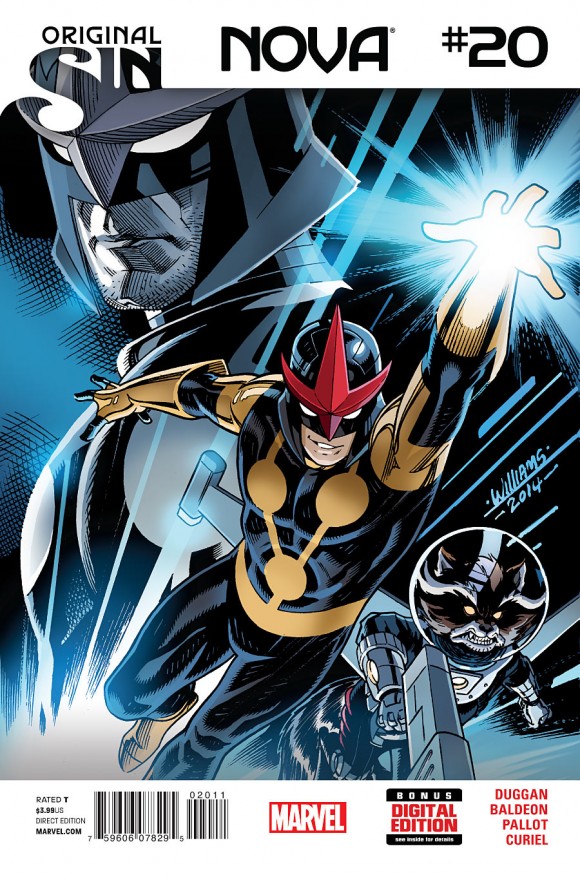 Nova #20. Writer: Gerry Duggan. Penciler: David Baldeon. Inker: Terry Pallot. Colorist: David Curiel.
The only thread that connects Nova #20 with Original Sin is the death of Nova’s pal the Watcher, but that doesn’t stop this issue from being vastly entertaining. Gerry Duggan continues to grow as a writer, which is a very good thing as he is getting more and more high-profile work from both Marvel and DC. This issue deals with Nova and Rocket Raccoon being poisoned, forced to go on a mission for the poisoner, and finally finding out the truth regarding Nova’s long-lost father. Duggan is carving himself a nice little niche on the cosmic side of the Marvel Universe as Nova continues to be a sleeper book from Marvel. The book scratches that cosmic itch while returning to Earth just enough to keep the book grounded in reality. Nova is fun stuff that probably needs more love.
Grade: A-