This Week in ORIGINAL SIN: Avengers, Guardians and Thor … Oh, My!

Home » REVIEWS! » This Week in ORIGINAL SIN: Avengers, Guardians and Thor … Oh, My!

One last week of sins before the end! 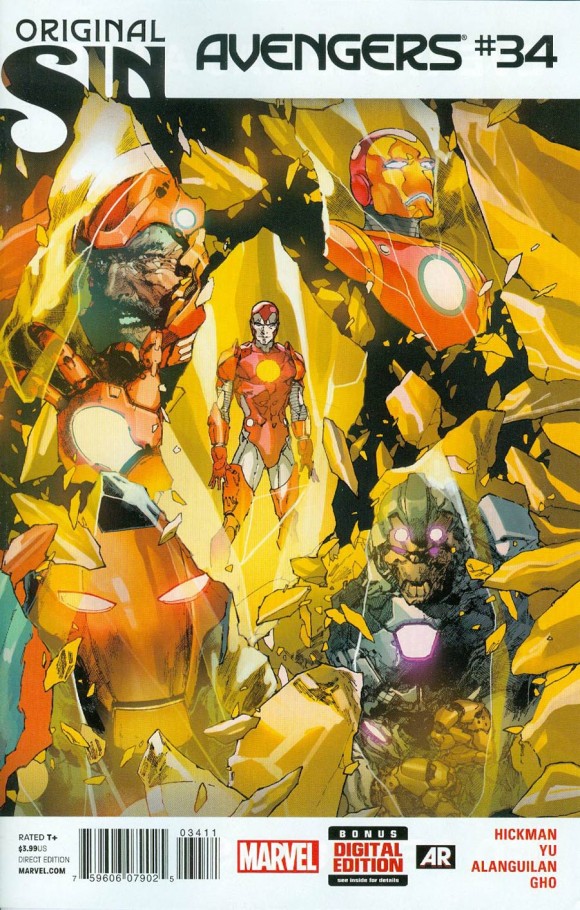 Not so much an Avengers story but a Captain America time-travel joint that really gets to the heart of the character and his place as an Avenger. It was really nice seeing Iron Lad back as things got very timey wimey for Cap, who journeys ahead in time and is threatened by three incarnations of Kang. It really is a long conversation between Cap and the Kangs as Cap realizes that he must stop the Cabal led by Tony Stark in the present day. I’m not sure I want another Avengers vs. Avengers story, but the high concepts thrown out by Hickman do make this book a compelling read. Cap does not blink from time travel, from time lords, or space gods, he sees this adventure as just another chance to help people, and with the time of Steve Rogers coming to a close (at least until the next film), isn’t that what Cap is all about? 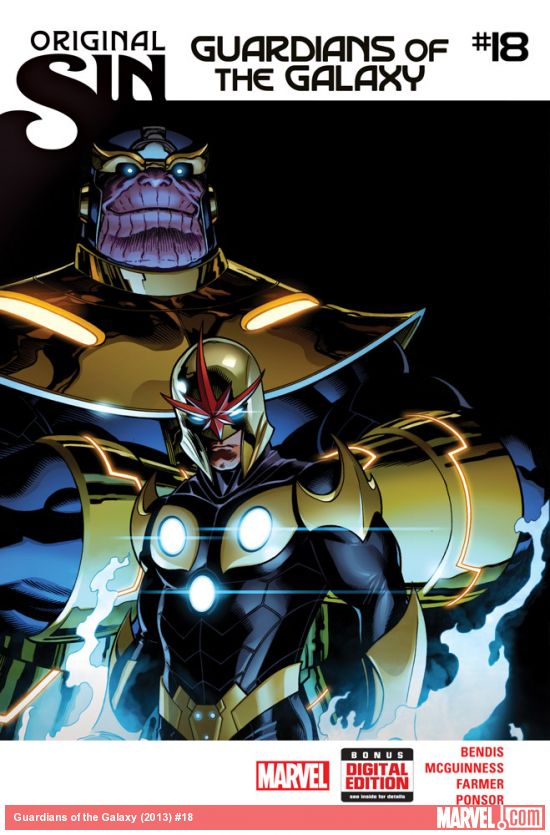 Since Bendis relaunched the Guardians of the Galaxy, hardcore fans have been wondering: How the heck is Star-Lord still alive after he sacrificed himself to stop Thanos at the end of the Abnett and Lanning run? For that matter, how did Thanos survive and where the heck was Richard Ryder? This Original Sin tie-in issue was supposed to answer all those questions, and it kind of got one-fourth there, but at the end of the issue, readers still are left wondering. I’m not sure how this issue ties to Original Sin; I guess Gamora might have gotten an inkling that Star-Lord was lying about his time in the Cancerverse, but she was not present for the Watcher eye explosion, so any Original Sin threads are ambiguous at best. Maybe it all connects thematically? Whatever the case, what this issue does contain is a pretty killer cosmic story, an awesome knockdown, drag-out between Thanos, Nova,, Star-Lord and Drax, and killer art by the great Ed McGuinness who was born to draw Thanos. The issue is a fragment of something very cool, big and exciting, but a fragment nonetheless. I really want to know how everyone survived and where, if anywhere, the original Nova is. I’m a little disappointed I have to wait another issue to get all the answers, as things seem a little decompressed, but I have to admit, I can’t wait to find out everything and isn’t that the important thing? My only major criticism is, doesn’t Thanos look a little too friendly on that cover? He looks like a mascot to a burger chain, not a cosmic death god. 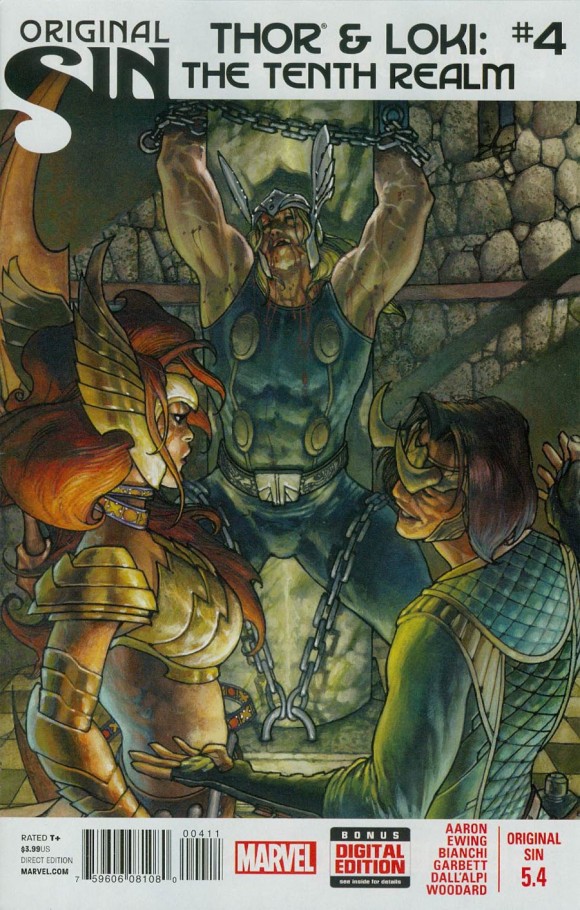 Man, Aaron and Ewing know their way around a Thor story, and this one is pretty important considering Marvel is taking the plunge on adding a sister to Thor’s family. This issue deals with Loki’s gender changing and betrayal of Thor, and the Thunder God’s capture at the hands of the Angels of Heaven. What follows is a story that is pure Thor and Loki, as the God of Mischief reveals his true motivations (they’re complex) and Thor shows the Angels what a storm in Heaven looks like. This book scratches all the itches a good Thor book should, and if this is any indication, Angela should fit in this world nicely. The art by Bianchi and Garbett is pitch perfect for this sort of thing, with enough sturm und drang to satisfy even the most hardcore fantasy fan. And that last page return … Nice!