This Week in AXIS: Things Get Ugly

Home » REVIEWS! » This Week in AXIS: Things Get Ugly

This event is not going well. 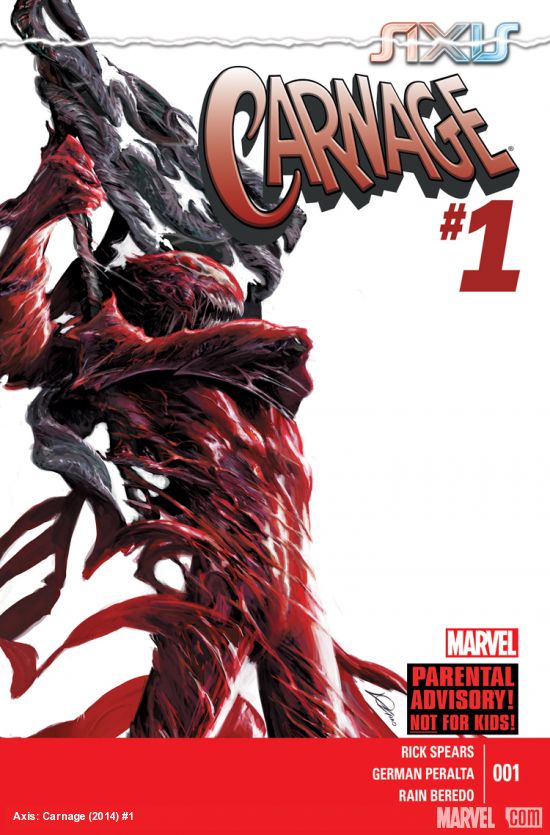 I know, it’s a Carnage book. It’s Not For Kids! as Marvel proudly proclaims on the cover. It’s supposed to have an inherent nastiness. I accept that but there is no cleverness or purpose to this latest Axis crossover. Instead, Marvel foists upon us a misogynistic paint-by-numbers mess that is as simplistic as it is mean-spirited.

Because of the ambiguous events of Axis, Carnage now finds himself a good guy and goes about trying to figure out how to help people. It is really just Carnage swinging around being Carnage but instead of killing innocents he kills criminals. You know he’s suffering from the pangs of conscience, because the book tells you he does, repeatedly, without ever showing anything. It’s a poorly conceived character piece with a character as flat as the paper the book is printed on. And the whole darn thing is just mean. Out of the three women introduced in the book, two are prostitutes and one is a reporter that sleeps her way to the top. Very nice. Why bother if the only female characters are just cookie cutter ciphers used to slut shame? In 2014, should we really have a pimp-slappin’-his-lady sequence?

The only thing that saves the book from an F is the downright gorgeous art of German Peralta. 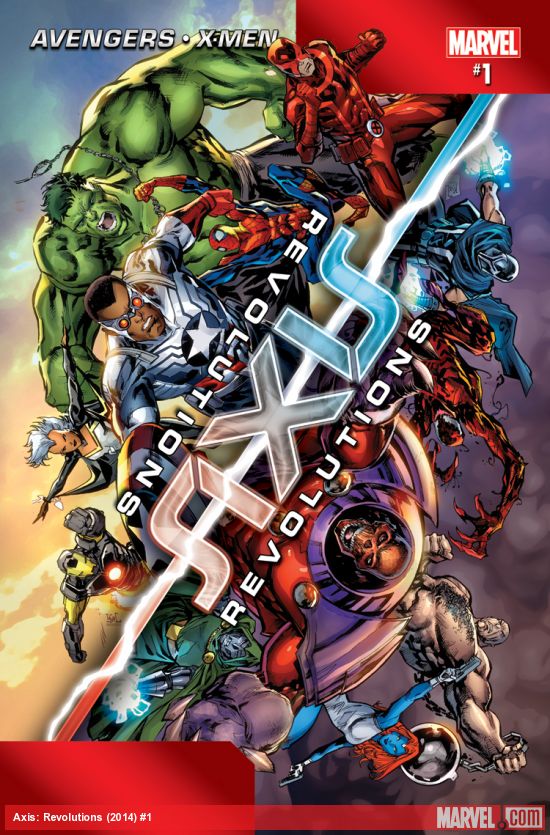 With Great Hate. Writer: Dennis Hopeless. Artist: Ken Lashley. Colorist: Rachelle Rosenberg.
Probably the most obvious Spider-Man story one can write dealing with the events of Axis. Spider-Man must deal with the consequences of the Red Skull’s Hate Wave and teach a group of angry New Yorkers why hate is the cruelest of emotions. The whole thing reads like an Afterschool Special.

Hoary Hosts of Hate. Writer: Simon Spurrier. Penciller: Tan Eng Huat. Inker: Craig Yeung. Colorist: Rachelle Rosenberg.
The $3.99 price tag was justified for this book just because of Spurrier’s dialogue. Dr. Strange and Wong, under the effects of the Hate Wave, must search New York for a person who does not feel hate, in order to cast a spell to ease the Wave’s effects. So funny and perfectly executed as Dr. Strange spouts words of abject hatred while still seeking to help people. Seriously, read this one out loud when you get it, this is some funny comics.