This Week in AXIS: The March’s Last Stop

Home » REVIEWS! » This Week in AXIS: The March’s Last Stop

Uncanny Avengers #25 is the last stop before the real business begins! 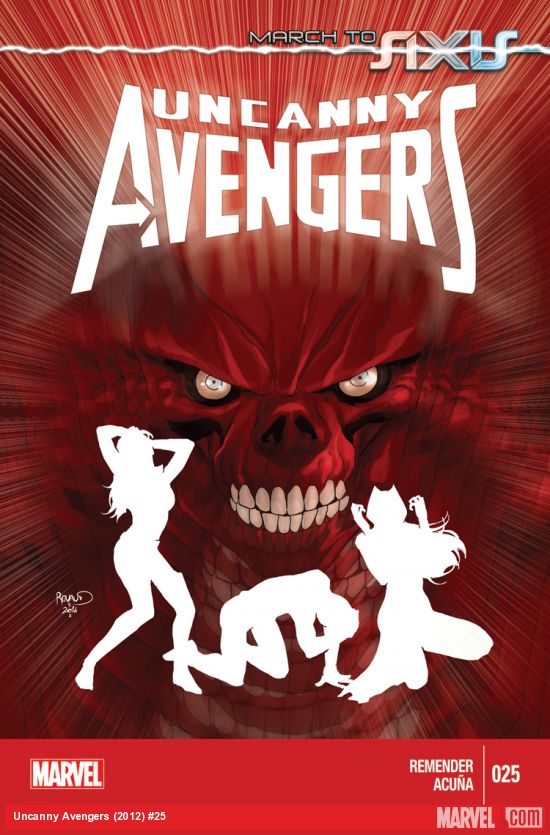 Well, I guess we know how Axis begins now. In a bit of an old-school Marvel hero vs. villain tussle, things turn very violent as Magneto finishes his conflict with the Red Skull, birthing the threat that will unleash Axis. This issue is Magneto’s show with a large side dish of the Scarlet Witch, as Wanda must deal with her hatred of her father as watches him punish the Red Skull for his misdeeds. The issue, the last tie-in before Axis begins, is a bit of a throwback as the Uncanny Avengers each square off against the S-Men. It’s fast paced and exciting if a bit muddled but the main event is the Xavier-brain-wielding Red Skull going up against an out-for-blood Magneto. While Remender sets up some intriguing story engines for Axis, this issue comes across as a bit overwrought and hysterical. Magneto’s ultimate act is understandable but it seems all mutantkind will suffer for it. I’m not going to get into the morality of what Magneto did, but it all seemed a bit obvious and overstated. If Axis is going to be a morality play like this issue, we could be in for a long autumn. But old fans will find something to like, from Magneto unleashed to Havok cutting loose to some badass moments with ’90s mutant favorite Ahab. There is something for most fans to enjoy in this issue but its preachiness dilutes the action and does not bode well for the early parts of Axis itself.