This Week in AXIS: The Finish Line’s in View …

Home » REVIEWS! » This Week in AXIS: The Finish Line’s in View …

Four books this week — Axis, Hobgoblin, Revolutions and Inhuman — and once again the tie-ins overshadow the main event. 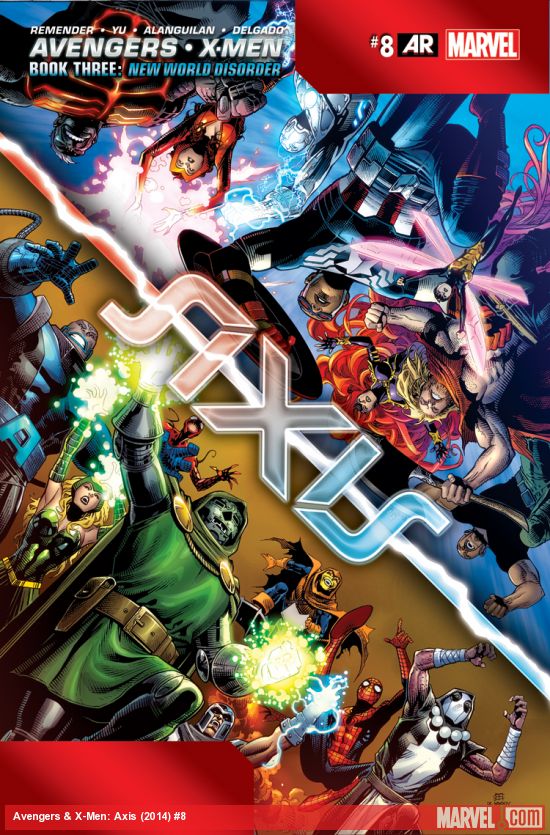 Avengers X-Men Axis #8. Writer: Rick Remender. Penciler: Leinil Francis Yu. Inkers: Gerry Alanguilan, Jason Paz & Leinel Francis Yu. Colorists: Edgar Delgado & Jesus Aburtov.
Of all things to move me in this emotionally devoid series it would be the death of…no, I’m not going to spoil it. I’ll just say that it is the death of the last character that one would expect to have emotional resonance. Remender handles this death (which opens the issue) very well, and the rest of the issue is not bad at all. My only complaint, and it is a rather big one, is, can we put a moratorium on the last panel save and reveal now? About four times this issue, on the last panel on a page, a character speaks from off panel and is revealed on the first panel on the next page saving the day. It’s trite. This isn’t storytelling, this is paint-by-numbers and Axis has had an overreliance on this trick. 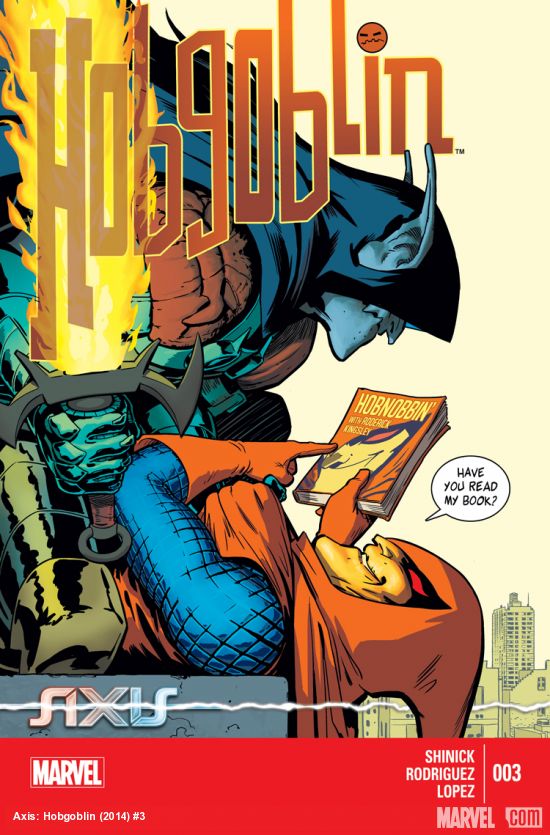 Axis: Hobgoblin #3. Writer: Kevin Shinick. Penciler & Colorist: Javier Rodriguez. Inker: Alvaro Lopez.
Man was this a fun series. This issue, we learn just how Hobgoblin became involved in Axis and just where the series stands on the timeline. I’ve been down on Axis a lot in these reviews, but this series was a bright spot of the whole crossover with a kitschy, fun, anything-goes feel. I look forward with great interest to what the creative team does next. 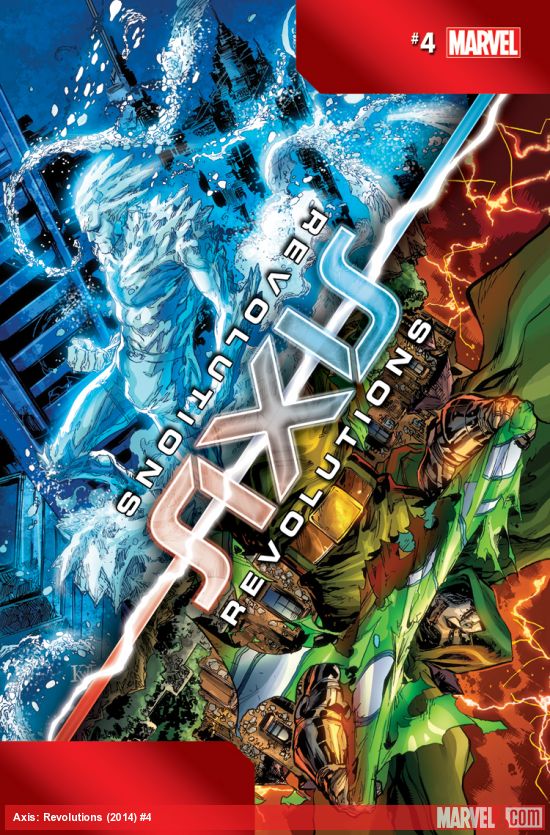 Axis Revolutions #4
Man of Ice. Writer: John Barber. Artists: Guillermo Mogorron & Felix Ruiz. Colorist: Rachelle Rosenberg.
Ooof, this is not a good story in any sense of the word “good.” An inverted Iceman changes his name to Ice Heart and become a Rorschach pastiche. It is not clever, it is not funny, the joke falls flat and the artists seem more preoccupied with the female lead’s breasts than they do in telling a linear story.

Least Resistance. Writer & Artist: Howard Chaykin. Colorist: Rachelle Rosenberg.
That’s more like it. Howard Chaykin, the master, writes and draws a tale about a woman who is sworn to bring down Doom, who is now suddenly moral. Yes, in this story, Doom shows mercy and the results are awesome. 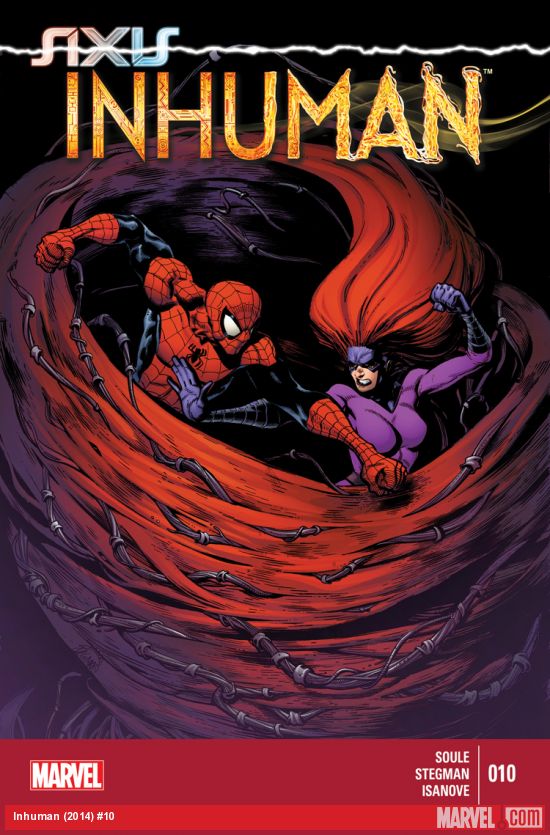 Inhuman #10. Writer: Charles Soule. Artist: Ryan Stegman. Color Artist: Richard Isanove.
Now, this is an Axis crossover done right as Medusa enters full Cersei Lannister mode. The issue carries an A-story of the inverted Medusa declaring war on the outside world, effortlessly taking the UN hostage while fending off Spider-Man. In the second story, the newer Inhumans must escape a murderous Inhuman cell in China. Charles Soule world-builds the heck out of this issue as the Inhumans become more and more integral to the Marvel Universe. Ryan Stegman’s art is gorgeous. A triumph.