This Week in AXIS: The Final Act Begins

Home » REVIEWS! » This Week in AXIS: The Final Act Begins 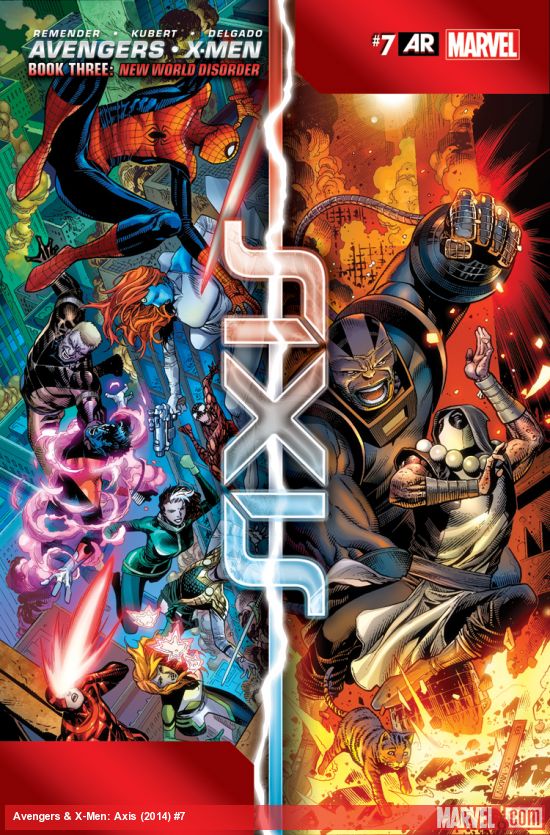 This latest issue of Axis, the first in the third act of the event, is still busy and a bit of a structural mess. But it’s paced better than the rest of the series has been and delivers a bit better experience than the previous two acts. The main thrust of the issue is Spider-Man and Deadpool, with their inverted villain comrades, attack Apocalypse and the X-Men. Now, if you didn’t read Remender’s X-Force run (which I highly recommend), you will be utterly lost — not a good sign for what is supposed to be an all-inclusive crossover like Axis. Deadpool makes for a great point-of-view character as he delivers a very human perspective to the chaotic proceedings. Of course, the story never really fully covers why Apocalypse is so important to the story, but the narrative is much clearer than it has been. The second major happening is Scarlet Witch goes up against Magneto and Quicksilver — and Magneto may not be her father after all. Well, that takes care of the Avengers: Age of Ultron issues. I’ll have to see how this one plays out as jettisoning decades of story to account for a film might be a bit like throwing the baby out with the bathwater, but I’ll reserve judgment. Kubert did not have an easy task with this issue as every panel is loaded with characters and action, but he delivered a gorgeous and cinematic package suitable for a big event. The scenes of a heroic Carnage and Spidey’s body language while seeing his suddenly magnanimous enemy were particularly priceless. All in all, this issue of Axis was an improvement but the comic is still structurally too busy to be considered a rousing success. 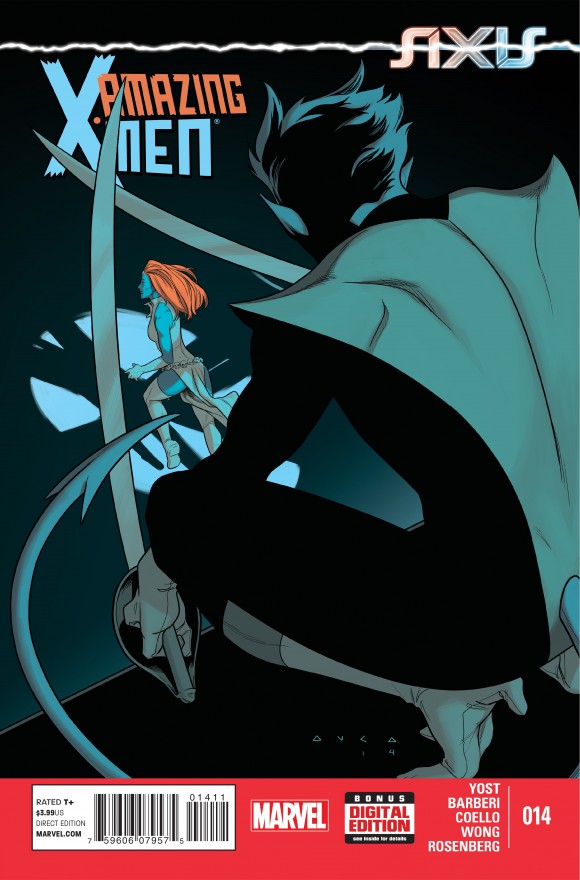 Amazing X-Men #14. Writer: Chris Yost. Pencilers: Carlo Barberi & Iban Coello. Inkers: Walden Wong & Iban Coello. Colorist: Rachelle Rosenberg.
A quiet little spotlight issue featuring an inverted Nightcrawler vs. an inverted Mystique, the issue capably shows just how scary and dangerous Nightcrawler would be if he had any evil inside and it also deftly covers how sorry this suddenly heroic Mystique is now that she has a conscience. Not much happens in the issue but it is an effective bit of character work that meditates on the history and origins of both legendary X-characters. Yost always plots a tight story and this is no exception with the issue cleanly following the events of Axis without getting bogged down in its complexities. 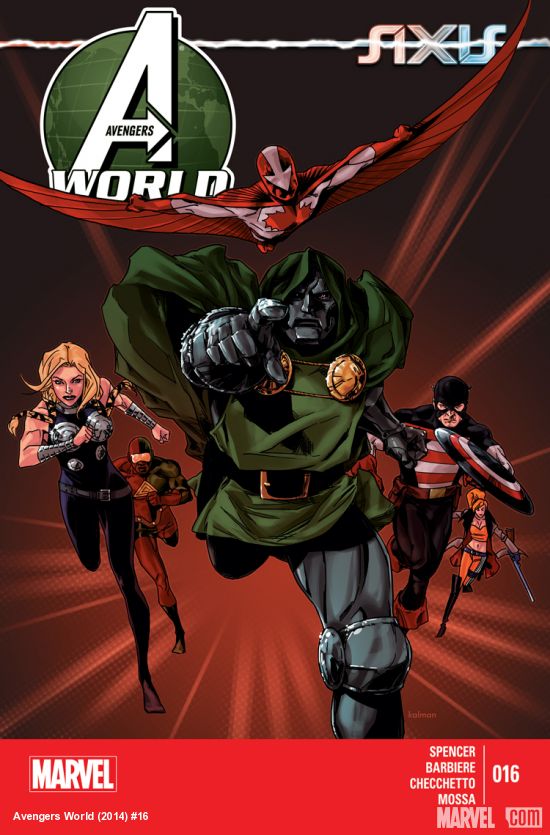 Avengers World#16. Writers: Nick Spencer & Frank Barbiere. Artists: Marco Checchetto & Ramon Rosanas. Color Artist: Andres Mossa.
Man, is this a great comic. Everything about it, the clean art, the story beats, the character choices, and the hugely consequential climax. This one issue has more going on in it than any three of Axis proper. In this issue, the inverted Dr. Doom sends his own team of Avengers against the inverted Scarlet Witch. The team is awesome, consisting of Valkyrie, Elsa Bloodstone, USAgent, Valeria Richards and Stingray. After the battle, Doom casts a spell that undoes one of his past sins, an action that will have huge consequences for Ant-Man Scott Lang, of all characters. This issue sets up Lang’s status quo as we head for the character’s own series and film, and it is an unexpected and moving conclusion to an unexpectedly wonderful arc in Avengers World.