This Week in AXIS: The Center Isn’t Holding

Home » REVIEWS! » This Week in AXIS: The Center Isn’t Holding

Three reviews this week — Axis #3, Hobgoblin #1 and All-New X-Factor #15. The upshot? The Marvel event has yet to deliver … SPOILERS AHEAD: 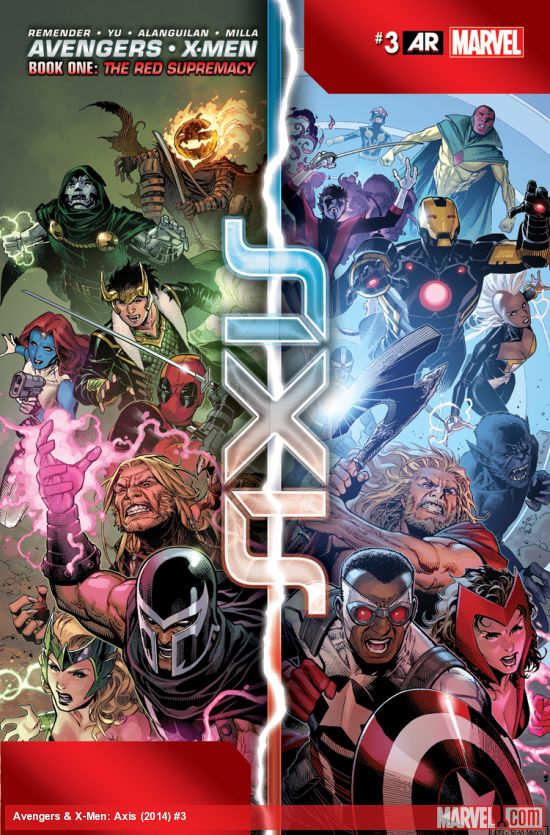 A bit of the same old, same old as the villains of the Marvel Universe take the fight to the Red Skull. It was fun to see the bad guys do good, with Carnage and Enchantress in particular used effectively. Remender also writes a classic Dr. Doom, but it was still all a kind of a rehash of the previous issues with the villains trying different ways to take down the Red Onslaught and failing until Scarlet Witch and Doom cast their inversion spell. This finally defeats the Nazi menace and I guess it inverted the heroes and villains, but the plot really doesn’t make it clear as after the battle, the X-Men and the Avengers stand around and argue about what to do about the Skull’s unconscious body since it may now house the returned consciousness of Professor Xavier. The last five years, all we’ve read is the X-Men and the Avengers arguing, so how is this an inversion? It really is old hat by now and while the issue did have some exciting moments (I should mention Deadpool in particular as kind of a sympathetic character just trying to get the Avengers to like him), it was muddled and haphazard. These three parts could have been done in one 32-page issue. This kicks off the next chapter of the event with the hero/villain inversion and I’m not even sure if it happened yet. Yu delivers the goods on art, kicking ass and rendering his figures with an exciting gusto worthy of a crossover event. I wish the writing did the same. 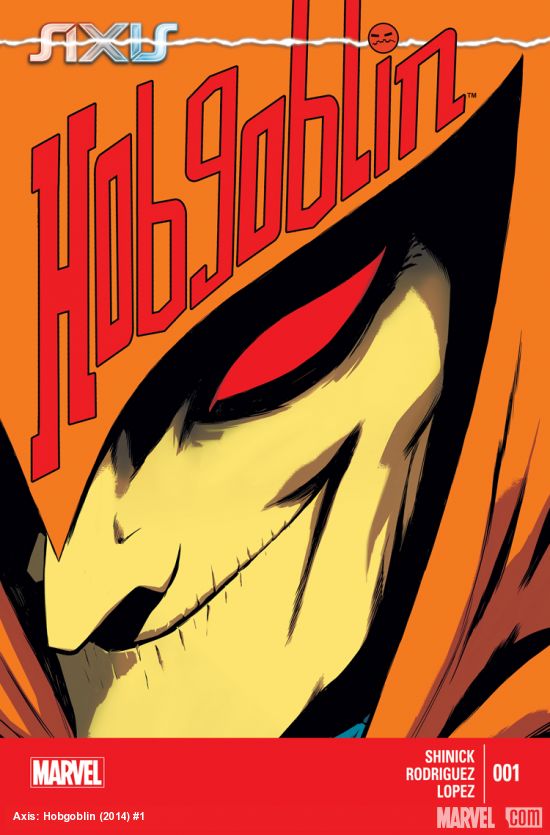 So here we go with the Inversion. I’m not sure what happened in the main book, but here, Hobgoblin is now a hero, selling unused superhero identities to the general public. Actually, he’s a massively greedy motivational speaker that is kind of the same Hobgoblin from before the Inversion. If the Inversion happened. God, I’m confused. This book will appeal to those who liked Superior Foes of Spider-Man as it’s a continuity-laden satire with brilliantly defined comedic art and a story that moves at a fevered pace. It’s very experimental and I’m glad it exists, even though I’m not sure how it fits in to Axis as the Hobgoblin isn’t really inverted at all, he’s just not actively murdering anyone. Don’t let the weakness of the main title keep you from this one because it’s a blast. 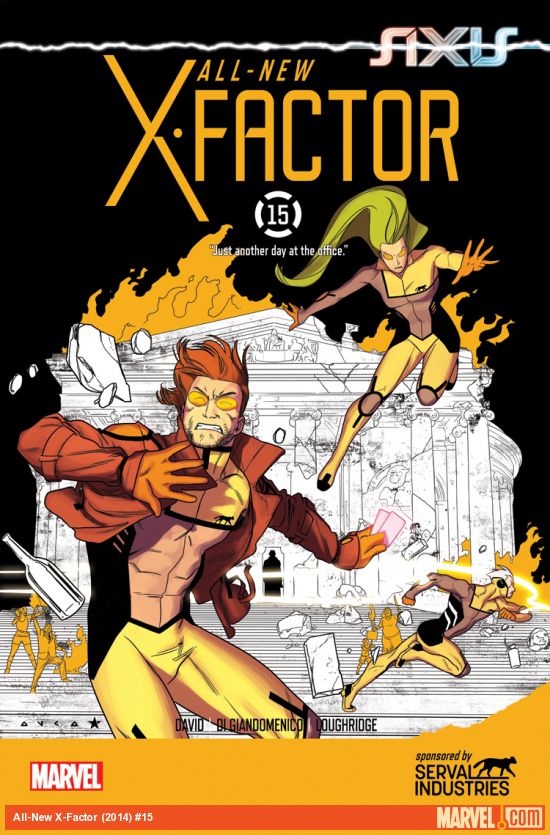 All-New X-Factor #15. Writer: Peter David. Artist: Carmine De Giandomenico. Colorist: Lee Loughridge.
This is one of the best titles out there and it’s a deep shame it didn’t find the support it deserved. Come on people, support the good stuff! That being said, this isn’t the best issue of the title as it tries to shoehorn itself into Axis without really covering the event. It features X-Factor running around Washington dealing with the effects of the Red Skull’s mind control. It never really explains how X-Factor is shielded from the effects and, in fact, Gambit falls to the Skull. It’s never explained why the other members of the team are immune, and the pacing falls off, something unusual for the usually structurally perfect David. But the writer has his fun little character bits and manages to mine some good moments from the mess. By issue’s end, X-Factor saves the day from the president of the U.S. who was going to bomb Russia out of anger. There are some fun gags and David is always a pleasure to read but the issue just never finds its traction. With so few issues left of the series, it’s a shame this one has to be diluted by a hastily conceived and unclear event.