This Week in AXIS: Stick to the Edges

Home » REVIEWS! » This Week in AXIS: Stick to the Edges

We haven’t been in love with the main title — but the tie-ins have been right on. 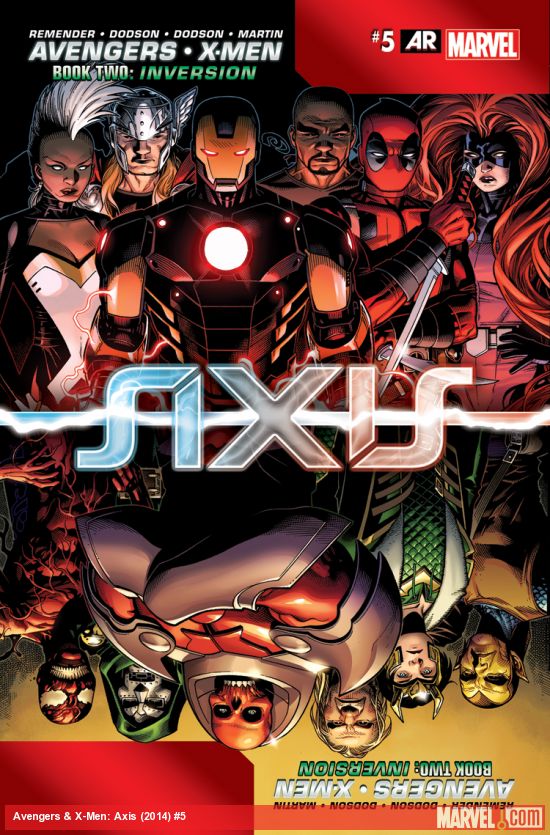 We are solidly in the Inversion phase of Axis and things become a bit less jumbled as Remender focuses on his small team of Avengers that have gone full evil. It’s strange to see Sam Wilson in the role of leader of the evil Avengers as we barely have gotten to know him as Captain America. It was kind of a letdown here and in Captain America and the Mighty Avengers #1 to see Sam full-on despot before we could really see him in action as a hero. Remender did do a great job making great use of Spider-Man and Nova as the protagonists of the story and the art is gorgeous; I’m sure you didn’t expect anything less from the Dodsons. But I just wish there was something a little less obvious going on than heroes turning evil and being opposed by a ragtag band of underground freedom fighters. Nothing utterly offensive, but you’ve seen it all before. 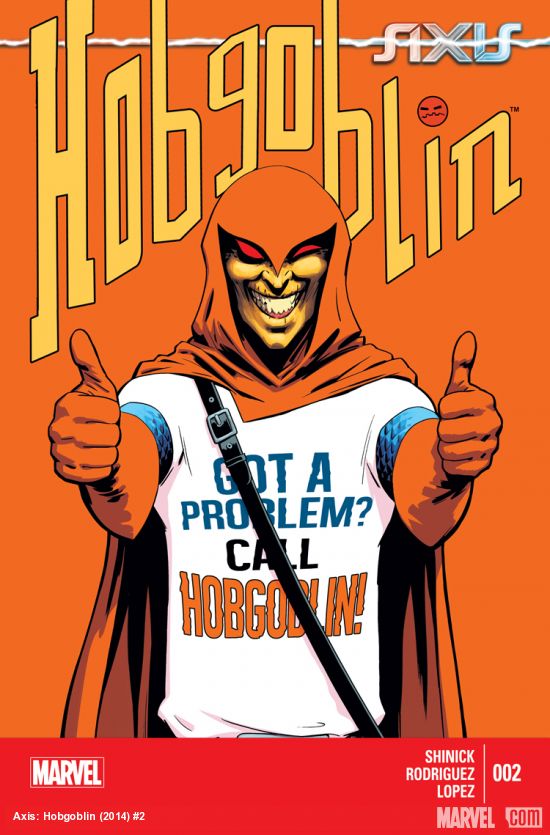 Axis Hobgoblin #2. Writer: Kevin Shinick. Artist: Javier Rodriguez. Inker: Alvaro Lopez. Colorist: Muntsa Vicente.
Existing on the fringes of Axis, and benefitting from it, is Axis Hobgoblin. Yes, Hobgoblin has been inverted but he is no hero. He is a profit-hungry amalgam of Dr. Phil and Saul Goodman and out to make some bank while saving the innocent. Standing in Hobby’s way is the Goblin King, Phil Urich, who switched between protagonist and antagonist in a uniquely told story of sort of/kind of good and evil. If you have been digging what Dan Slott has been doing with the Goblins over in Amazing and Superior Spider-Man and what Nick Spencer did with the Superior Foes of Spider-Man, you will love this book. It’s like nothing on the racks right now and if Axis has given us anything (other than agita), it has given us this brilliant piece of art. Javier Rodriguez would be a perfect Amazing Spider-Man artist and I expect big things from him. 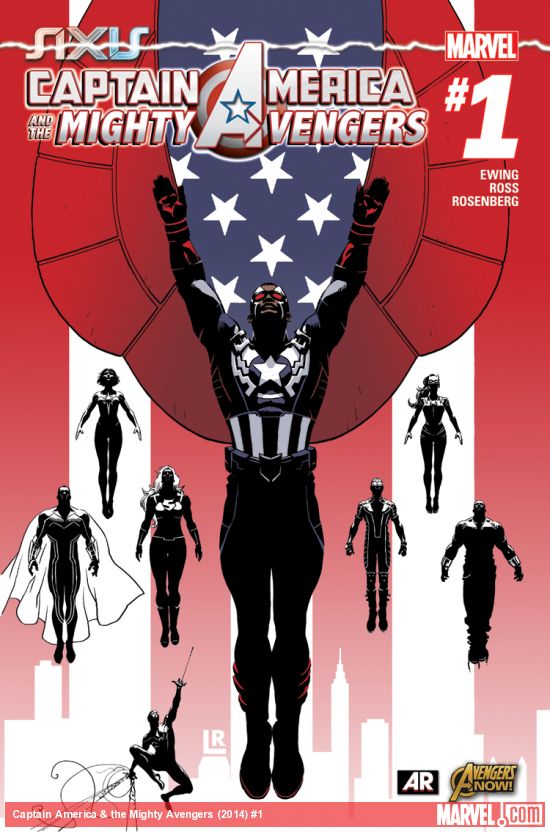 Captain America and the Mighty Avengers #1. Writer: Al Ewing. Artist: Luke Ross. Colorist: Rachelle Rosenberg.
The book is professionally done, entertaining to read, gorgeous to look at but derivative. This is a new title in a crowded market that often eats itself; even more so, it’s a new Avengers title, so it’s going to have to be different to survive. The original Mighty Avengers by Ewing was just such a title, a place to go to read standalone Avengers stories that were very different than the core Avengers titles. Now, this new book does have the edge of being led by the new Captain America but he is just acting like a dick because of Axis. So there really is no title, there are no Captain America and the Mighty Avengers because Captain America is a villain. And I was so looking forward to seeing Ewing going forward with what he began in the first volume of this title. The decompressed nature of comics probably means it will be a few months before we even see Wilson lead his Avengers. This is not the book I wanted it to be, but it still feels like an improved extension of the core Axis book. 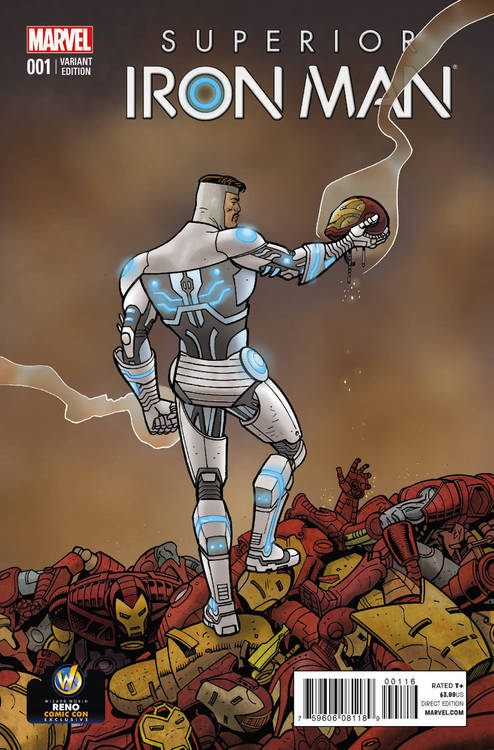 Superior Iron Man#1. Writer: Tom Taylor. Artist: Yildiray Cinar. Colorist: Guru-eFX.
I really didn’t want to like this book. Not a good admission for a critic who is supposed to put aside preconceived notions and judge a work for what it is, but there you go. I didn’t want to read about an immoral Tony Stark, especially when his turn to the dark side was so contrived and forced by the events of Axis.

Boy, I couldn’t have been more wrong.

Superior Iron Man #1 is an examination of what happens when a hero loses himself in ego and turns against the world for his own gain. It’s a study of what Stark could be and serves as an awesome contrast to the man Stark truly is, a hero. This is a tale of ego vs. altruism. For a book than seemed mired in its own self-importance and tied into a predictable and exhausting event, this book just exudes equal parts fun and menace. Shockingly, a must read.

Nova #23. Writer: Gerry Duggan. Artist: David Baldeon. Inker: Terry Pallot. Colorist: David Curiel.
Nova #23 syntheses the events of Axis into the point of view of Nova, and bless him, Gerry Duggan actually makes sense of the morass of a story. Nova flies off to take on Kluh (a character who really is just a high concept and nothing else), and gets his Human Rocket butt handed to him. The story had this cool overwhelming feel to it of Nova getting in over his head. This issue had the personal stakes and gravitas the main Axis series sorely lacks.