This Week in AXIS: Righting the Ship With an Inversion

Home » REVIEWS! » This Week in AXIS: Righting the Ship With an Inversion

TWO REVIEWS! Things improve this week in the Marvel event … 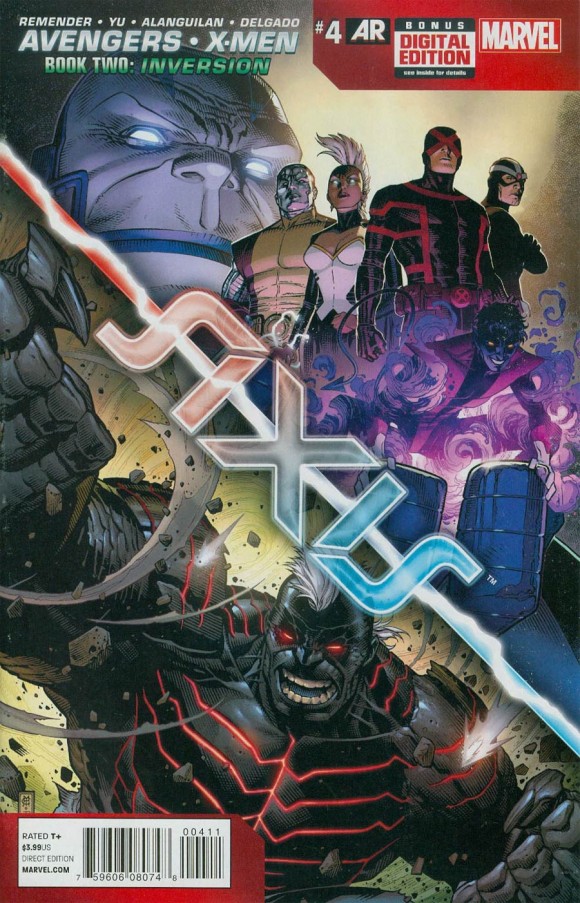 Things ended with a bit of a jumbled mess last issue but with this latest installment, the direction of Axis has become clear, and it is rather interesting (thank goodness). Somehow, the heroes and villains of the Marvel Universe present at the Red Skull’s defeat have had their morality subtlety inverted. Remender makes this more than just a typical corrupted-hero yarn by not having the heroes being actively evil. There is no Avengers puppy-kicking. Instead Remender fills his heroes with an undercurrent of anger and bitterness. They are still willing to do good, but only if it suits their now narrowly focused and bitter ideals. This issue, we get to visit the X-Men and the Avengers to see how they have been perverted. The X-Men have become violently militant while the Avengers have become disturbingly xenophobic. Meanwhile, the villains have undergone a similar inversion. Yu’s excellent art captures the subtly altered body language of these now corrupt heroes. The issue worked on most levels, but again not much happens other than to establish this new status quo. A little less decompression would go a long way to making this event truly entertaining. Oh, and the bit with Apocalypse? Wow, yeah, that felt eventy and important. 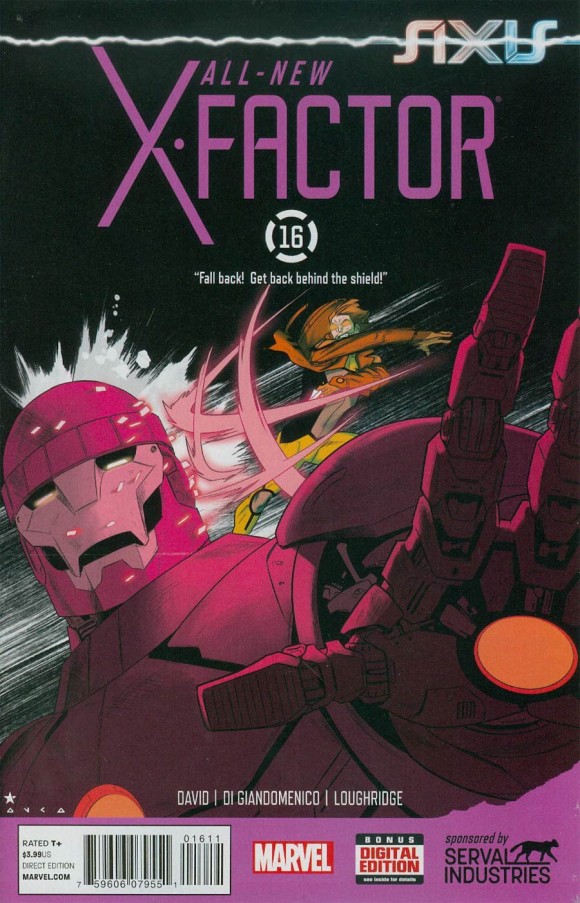 All New X-Factor #16. Writer: Peter David. Artist: Carmine Di Giandomenico. Colorist: Lee Loughridge.
This issue was a great improvement from the last as it felt more like a Peter David X-Factor story than it did an Axis story. Last issue, X-Factor stole the nuclear football from an inverted, power-mad president. The fact that X-Factor still has the briefcase and are being hunted by manned Sentinels is the only connection to Axis. The issue is a tight little action piece — a great issue of a title that will be missed as soon as it flies off into the sunset.