This Week in AXIS: Marching to a Bad Beat

Home » REVIEWS! » This Week in AXIS: Marching to a Bad Beat

Marvel’s March to Axis continues with Loki #6 and Magneto #10! 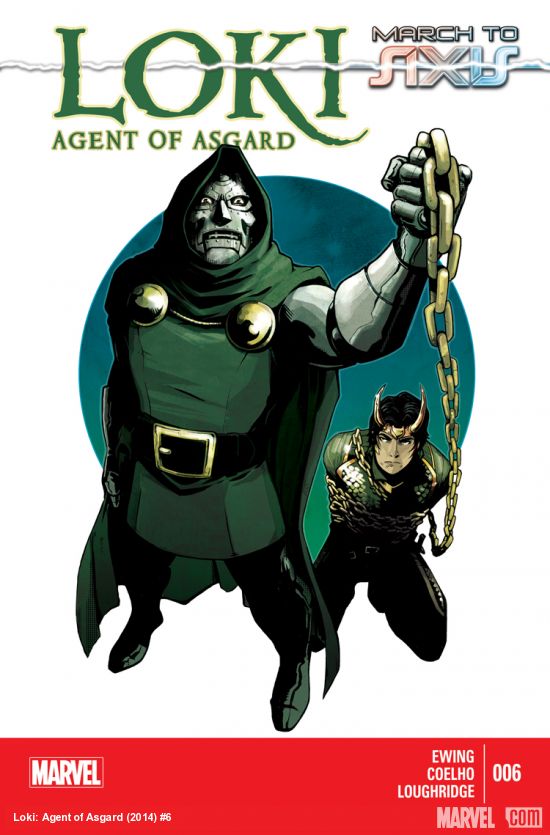 After a few months’ hiatus, Loki: Agent of Asgard is back and part of the March to Axis. How this ties into Axis is anyone’s guess. I suppose it is setting up Loki’s status quo going into the event. Whatever the case, Al Ewing delivers a very meta issue of Loki vs. Dr. Doom, another villain set to play a part in Axis. When Dr. Doom witnesses a future where Latveria is destroyed by Loki, the monarch of the threatened nation goes on a mission to remove Loki from existence. Let’s just say that if there is ever an opening for the Fantastic Four writing gig (and let’s hope there is not for a long time; James Robinson is killing it on that book), Marvel needs only look to Ewing who writes an absolutely note-perfect Dr. Doom.

It was good to see Kid Loki back after a few months of Lady Loki, and the war between Loki and Doom was fascinating to read. Doom postulates that the idea of magic is inflicting one’s personal story in places it should not be told. This meta approach and Ewing’s ideas of the literary nature of magic gave the book an extra layer beyond two super characters whacking each other with energy blasts. A good experimental issue that picked up right where this awesome series left off. 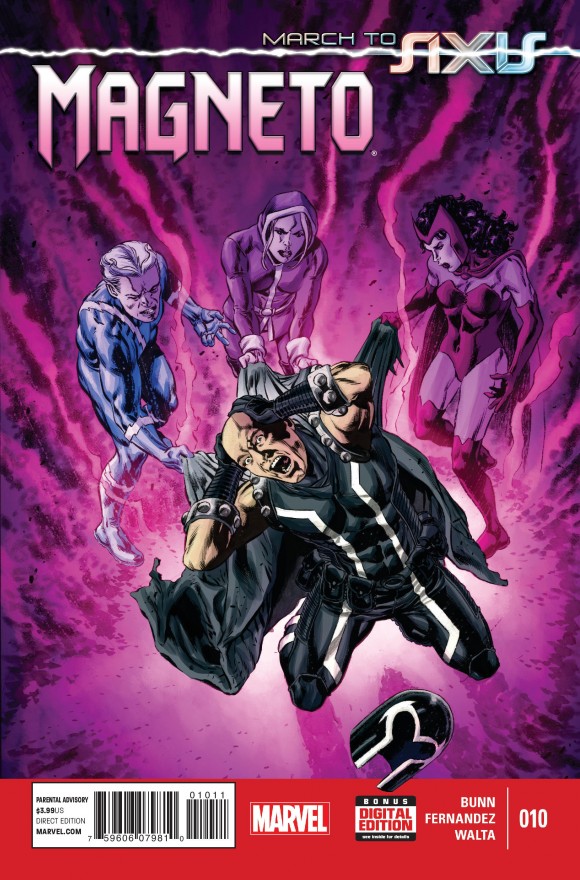 In this, the second part of Magneto’s Axis tie in, Cullen Bunn does a yeoman’s job juggling the disjointed parts of Magneto’s history and morphs them into a tragic, coherent whole. Not easy, when the villain/hero has been pulled in so many directions over the decades. Fernandez and Walta give all the various pieces of history a consistent look as Bunn takes us on a journey through the Master of Magnetism’s historyscape. This series always impresses me with how innovative and readable it is, because I was one of those people that questioned Magneto’s ability to be an effective central protagonist. It works in that Walter White, anti-hero sort of way and I look forward to more.