This Was Gonna Happen: Waid and Samnee ‘Back’ on Daredevil #1

Home » This Was Gonna Happen: Waid and Samnee ‘Back’ on Daredevil #1

It was a matter of (a very short) time … 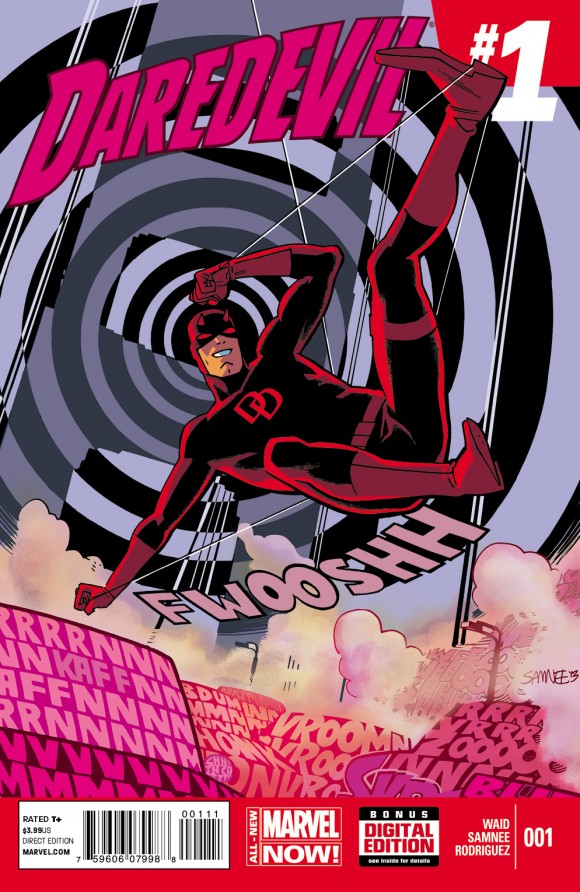 And he’s moving to San Fran!

Sayeth Marvel: “You just can’t keep the Man Without Fear down! Matt Murdock makes his All-New Marvel Now! debut with an exciting new monthly series starting with Daredevil #1 this March! Beloved by critics and fans alike, Eisner-Award winning storytellers Mark Waid (Captain America, The Amazing Spider-Man) and Chris Samnee (Thor: The Mighty Avenger) re-team to take Marvel’s fearless hero in a bold new direction – starting with a move to The City by the Bay!

“Spinning out of the groundbreaking new Infinite Comic series Daredevil: Road Warrior, Daredevil #1 marks a new start for Matt Murdock. Armed with an imperceptible radar sense and a passion for justice – the blind lawyer from Hell’s Kitchen is ready to make his mark on the Golden City’s streets. But, San Francisco local vigilante, The Shroud is already keeping the street safe – and he’s not ready to share the spotlight!”

Well, there you go.