This is the STAR WARS: THE FORCE AWAKENS Review You’re Looking For

Home » MOVIES & TV » This is the STAR WARS: THE FORCE AWAKENS Review You’re Looking For

Rob Kelly speaks for all of us who loved Star Wars from Day One, a long time ago … 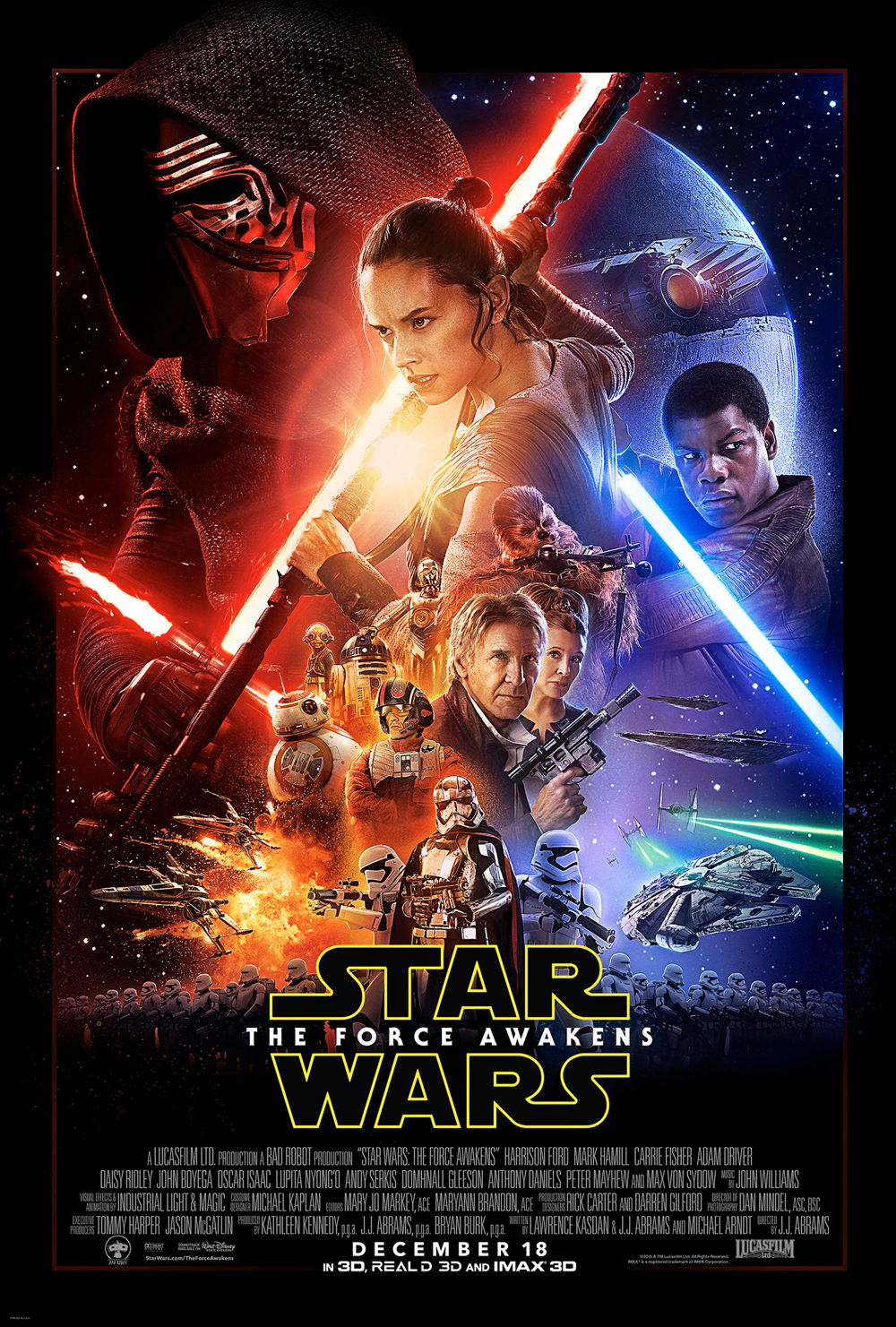 NOTE FROM DAN: THIS IS A SPOILER-HEAVY REVIEW. PLEASE DO NOT COMMENT ON IT IN THE SOCIAL MEDIA THREAD WHERE YOU FOUND THIS. PLEASE COMMENT BELOW INSTEAD, IF YOU SO DESIRE. RESPECT THE PEOPLE WHO HAVE NOT SEEN IT YET. TO PARAPHRASE THE ALAMO DRAFTHOUSE: DON’T BE A PIECE OF SITH.

ALSO: For my own 13 QUICK THOUGHTS about the movie, click here.

“You are so blind! You so do not understand! You weren’t there at the beginning. You don’t know how good it was! How important! This is it for you! This jumped-up firework display of a toy advert! People like you make me sick! What’s wrong with you?! Now, I don’t care if you’ve saved up all your 50ps, take your pocket money, and GET OUT!” – Tim Bisley (Simon Pegg), Spaced

Unlike the pre-pubescent target of Mr. Bisley’s invective, I was there at the beginning. I saw Star Wars in the theater during its original release, before it was ever called “Episode IV.” I got the Kenner “empty box” action-figure certificate for Christmas that year. I watched the Holiday Special during its one and only airing. I am dead center in what has become the original Star Wars Generation.

After the crushing one-two punch of the prequels and the needlessly mangled “Special Editions,” I put Star Wars aside, content to only go back to the original films, the Marvel comic series, and some of the early novels when I wanted to revisit that world. Star Wars, I told myself, was a thing from my past. A great thing, to be sure, but it had a definitive end point for me.

That was, until the news broke in 2012 that Disney was buying Star Wars lock, stock, and light saber, and I found—despite myself—re-engaged with Star Wars all over again. Yes, you could say my Star Wars fandom was awakened, and all of a sudden I had a new hope (sorry, I’ll stop now) that maybe, just maybe, what I thought was a period was merely an ellipsis.

So while I was thrilled by what I saw in the trailers (all 17 of them), I went into my Thursday night 8 p.m. screening of Star Wars: The Force Awakens with enormous trepidation. Did I dredge up all my Star Wars fandom just to be crushed yet again? Would I walk out of the theater like I did in May 1999, desperately trying to convince myself that what I had just seen was great, but knowing that it wasn’t?

All those fears were allayed about 10 seconds into the film, with the first sentence of the opening crawl: Luke Skywalker has vanished. With just those four words, so many questions were set off in my mind, and I was immediately sucked back into the world of Star Wars, in a way that had not happened since 1983. The entire opening preamble was simple, direct, and engaging, and immediately suggested to me that the filmmakers got it. They understood the basic, gut-level attraction to this world and its characters, and that sense essentially never left me during the following 134 minutes.

Star Wars: The Force Awakens wisely eschews putting the classic characters—Luke, Leia, Han—at the center of the story. The first third of the film deals entirely with new creations Poe Dameron (the effortlessly charismatic Oscar Isaac), Finn (John Boyega), Kylo Ren (Adam Driver), and Rey (find of the century Daisy Ridley). In just a few short scenes, I found myself completely invested in what was going to happen to these people, so when our old friends show up on board the stolen Millennium Falcon (“Chewie, we’re home”), it felt that this new installment had already proved itself as a worthy successor to the legendary trilogy—it didn’t need the old hands to show up and save it.

All of the hard-worn cynicism I had about later-period Star Wars fell away as I got more and more drawn into the story. I grimaced when it was revealed that immature Darth Vader groupie Kylo Ren is the son of Han and Leia, whose turn to the Dark Side sent his uncle into hiding and helped the Empire (now dba The First Order) develop into the massive evil it is. And even though I felt like I knew what was coming, my heart rate still jumped when Han confronted his son (whose real name, Ben, echoes like a thunder crack when Han yells it out) over that chasm, his love and kindness met with a light saber to the chest. 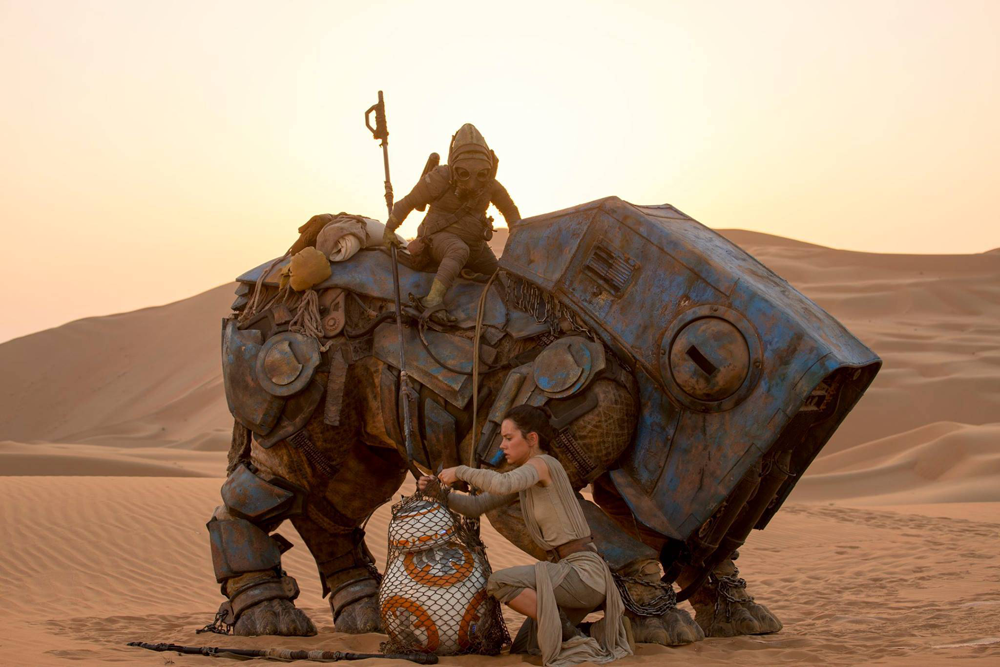 Watching Daisy Ridley’s Rey—already shown to be kind, resourceful, and capable—take her first steps into the larger world of the Force gave me the same tingle of discovery I felt watching Luke Skywalker do it, decades ago. Her light saber fight with Kylo Ren is one the franchise’s best, and carries real emotional weight, especially when that music kicks in.

Boyega as Finn has great chemistry with both Ridley and Oscar Isaac, and his flummoxed reaction to the danger he keeps finding himself in provides a lot of the movie’s humor, another element wisely retained from the original films. Isaac’s Poe Dameron is the least developed of the three leads, but he gets of a couple of great lines that suggest he will take the place of a certain smart-ass smuggler in later films. I laughed out loud at his Zero F’s Given reaction upon meeting Kylo Ren—“So, do I talk first, or do you talk first? I’m not sure how this works.”

It did take a while for my brain to fully comprehend that I was seeing Han, Chewie and Leia again. These characters loom so large in my imagination, but I always assumed I’d never see them again — the Original Trilogy representing the sum total of their cinematic existences.

So watching an aged but still feisty Han Solo sit down in the pilot seat of the Falcon was more than a delight, it felt like my childhood was being rewritten right before my eyes. I enjoyed the numerous textual nods to the original movies, whether they were throwaway mentions of trash compactors or shots of Rey living inside a wrecked AT-AT. Again, they took things I thought were locked away in my childhood and showed them to me in a new way. 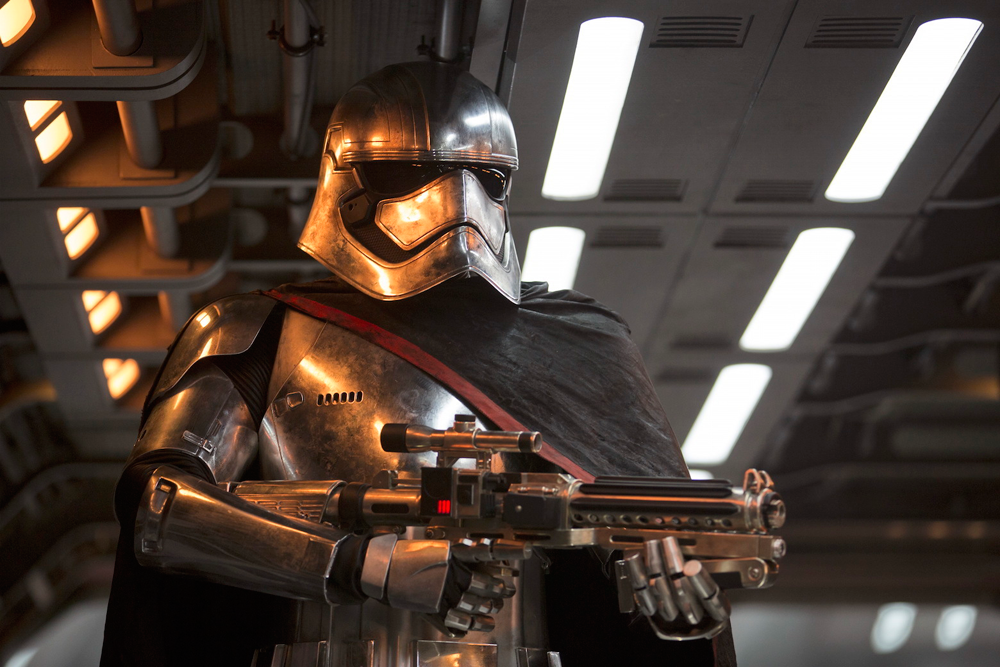 As you might guess, Star Wars: The Force Awakens is not perfect. Many of the story beats—a giant, star-destroying base, a loner stuck on a desert planet, a visit to a dark, grimy speakeasy filled with scum and villainy, a droid carrying important plans—are lifted from the 1977 original. Some of the characters’ motivations seem a bit obtuse or rushed. The exact dynamic between the Republic, the Resistance, and the First Order is confusing. Gwendoline Christie’s Captain Phasma—who looked so menacingly compelling in the trailers—barely registers (something tells me she didn’t die in that trash compactor). The lack of a scene between Leia and Chewie mourning Han’s death is glaring by its absence.

But then I think back to the original films, and they’re not flawless either. But I was a kid when I saw them, and accepted each movie and its idiosyncrasies and inconsistencies with a shrug—“That’s Star Wars.” The bar for The Force Awakens was so unbelievably high, for so many people, that it even got close to achieving the mystical grandeur of the original films is something akin to a miracle. When the movie winds itself back to that very first sentence, by re-introducing us to a now-grizzled Luke Skywalker, it contains such a punch that I hope that Episode VIII picks up at that exact moment.

I loved Star Wars: The Force Awakens. It effortlessly drew me back into this wonderful world that I thought was closed off forever. It gives new generations of Star Wars fans heroes to root for, and features a talented, wonderfully diverse cast that looks like the world we live in today. It honors what came before but also charts its own course. And it does have one other element ripped right from the earlier films—it leaves me dying to see what happens next.

Rob Kelly, who writes REEL RETRO CINEMA for 13th Dimension, is a writer/artist/comics and film historian. He is the co-host of The Fire and Water Podcast (and the host of its sister show, The Film and Water Podcast), the co-creator and writer of the award-winning webcomic Ace Kilroy, and the creator of the book Hey Kids, Comics!: True-Life Tales From the Spinner Rack. He really cannot wait for Episode VIII.