I’ve started a new reading project: all the Batman team-ups in the classic Brave and the Bold series, interspersed with the original, bifurcated run of Teen Titans from the ’60s and ’70s.

It’s been groovy, mostly because I forgot just how much fun Bob Haney’s stories were. He wrote both titles and while some like to poke fun at his outlandish plots and go-go-go dialogue, I find it all immensely refreshing and, more importantly, incredibly fun.

What a concept for comics! 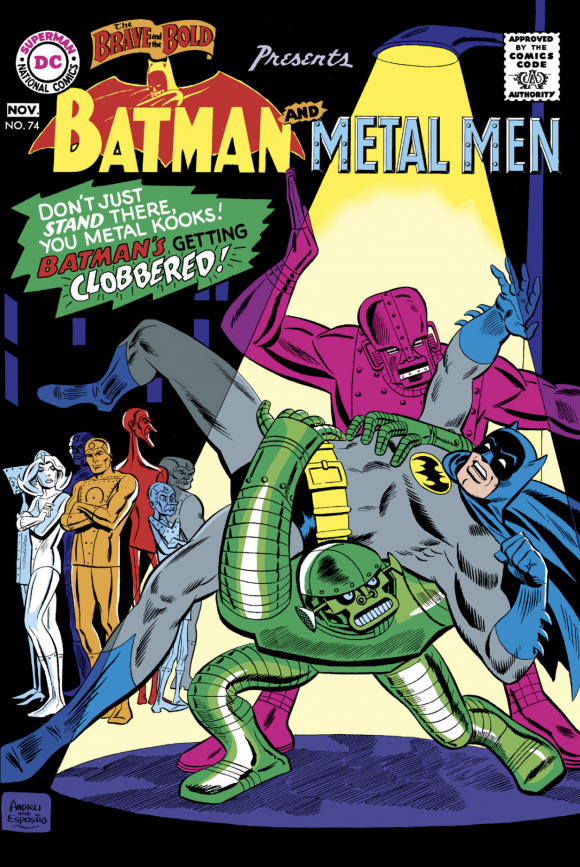 I’ve read a couple years’ worth already and it’s been an education on other fronts, too. Take 1967’s The Brave and the Bold #74, featuring Batman and the Metal Men, for example. The art’s by Ross Andru (pencils) and Mike Esposito (inks), a pair of artists who rarely visited Gotham.

But good heavens, check out this spread that pops right after the opening splash page: 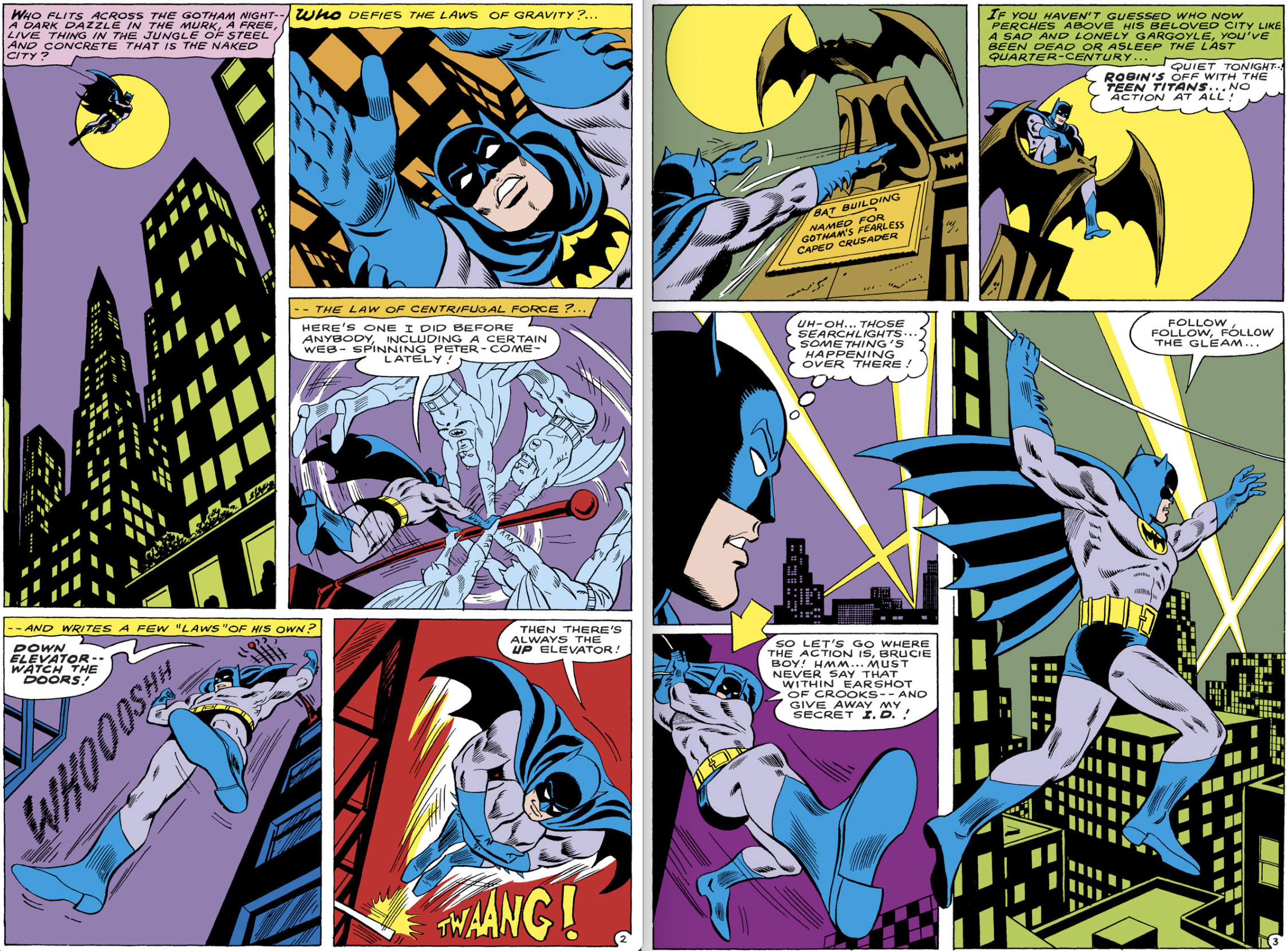 Great googly moogly, would you look at that?

Andru’s going with the Carmine Infantino-infused house style of the time, naturally, but this is the kind of action-packed layout you just didn’t see during most of Batman’s Silver Age.

Between the movement, the angles and even the Spider-Man joke, the Caped Crusader’s having a great time hustling through Gotham City — and boy I could look at this spread all day.

Here’s each page, so you can get an even closer look: 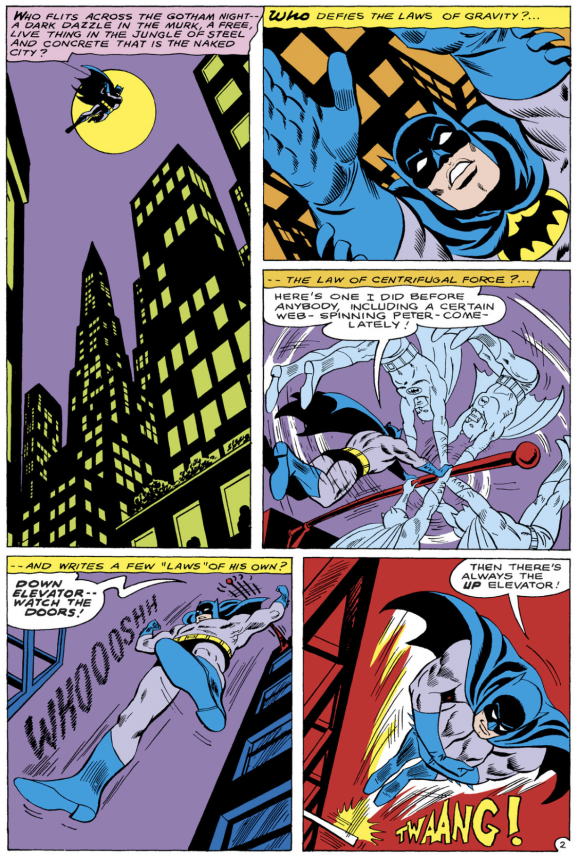 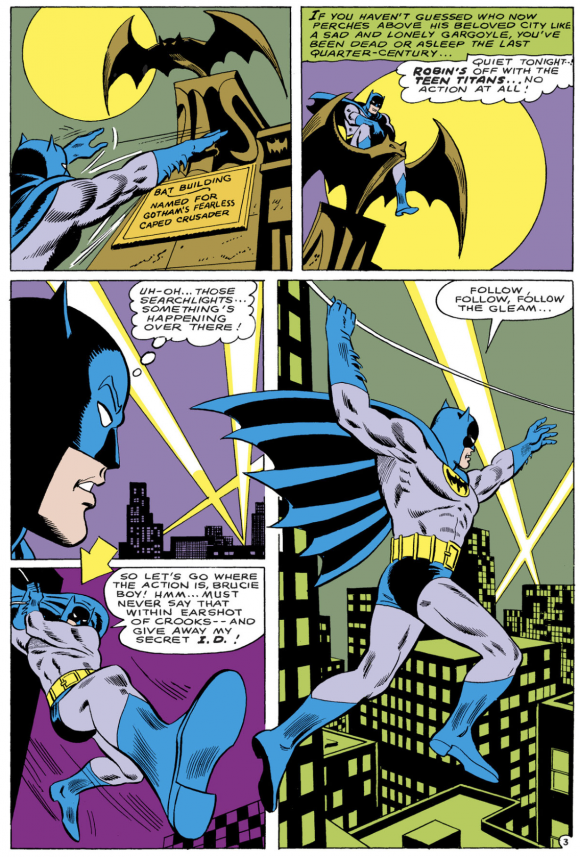 Besides enjoying it on its own terms, I can’t help but think what Andru would have done with Batman in the more artistically mature ’70s. I mean, just look at this golden double-pager from 1974’s classic Amazing Spider-Man #136, featuring Andru’s pencils: 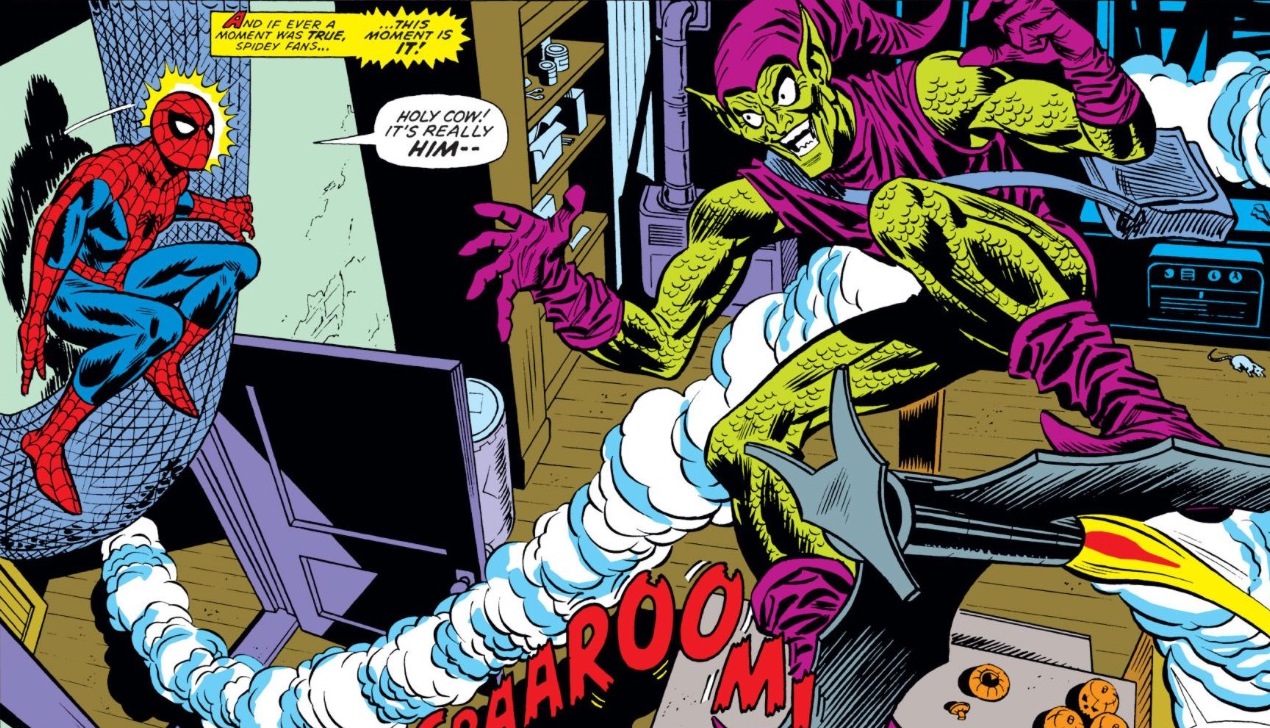