THE TWILIGHT MAN: 13 THINGS You Might Not Know About ROD SERLING

Home » MOVIES & TV » THE TWILIGHT MAN: 13 THINGS You Might Not Know About ROD SERLING 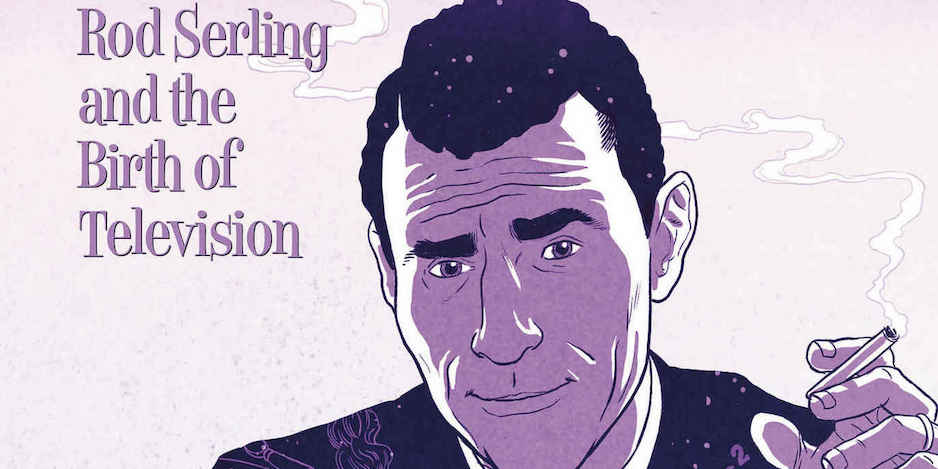 The Twlight Zone — one of the most ground-breaking and influential programs in television history — debuted 60 years ago this month (Oct. 2., 1959, to be exact) and graphic novelist Koren Shadmi has taken the occasion to produce The Twilight Man, a smartly illustrated biography of visionary creator Rod Serling, published by Humanoids’ Life Drawn series. (Click here for more fancy info.)

Not just that, if you’re a West Coaster, the Vista Theater in Los Angeles’ Los Feliz neighborhood will be showing three classic Twilight Zone episodes on the big screen at 10:30 a.m., Oct. 20, as part of the movie house’s popular Secret Movie Club: The Monsters Are Due on Maple Street, A Passage for Trumpet and The After Hours.

Each film club presentation is preceded by a brief talk from Secret Movie Club founder Craig Hammill and a trivia question for the audience. A correct answer gets you one of a 100-copy limited edition poster designed for the event. The Twilight Man’s Shadmi will be on hand as part of the show. (Click here for more info.)

Meanwhile, you are about to enter another dimension, a dimension not only of sight and sound but of mind. A journey into a wondrous land of imagination. Next stop, the Twilight Zone — with Shadmi’s 13 THINGS YOU MIGHT NOT KNOW ABOUT ROD SERLING, accompanied by the opening pages from the graphic novel: 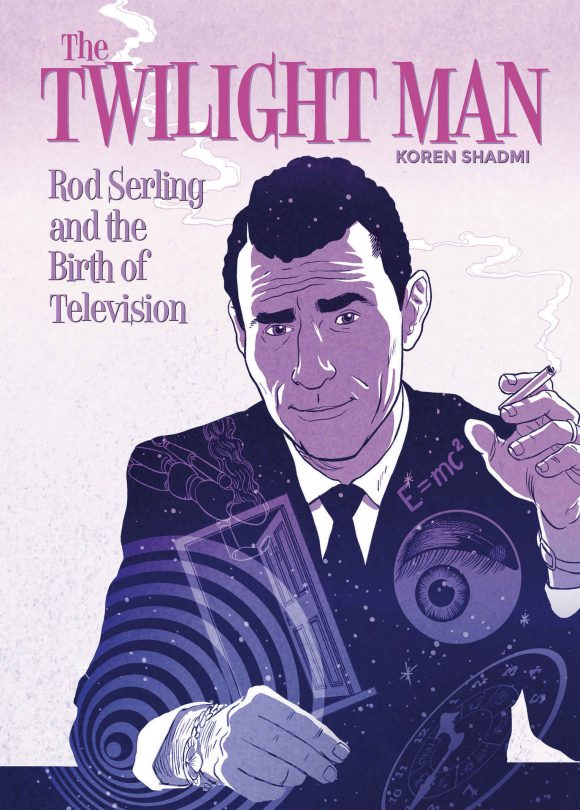 1. Rod Serling served as a Paratrooper during World War II. He fought in the Philippines and won several medals for his bravery, including the Purple Heart.

2. After his army service, Serling tested experimental aviation equipment to make ends meet. The more dangerous the test, the more lucrative the pay. Once he got paid to test an ejector seat which had previously killed three people! 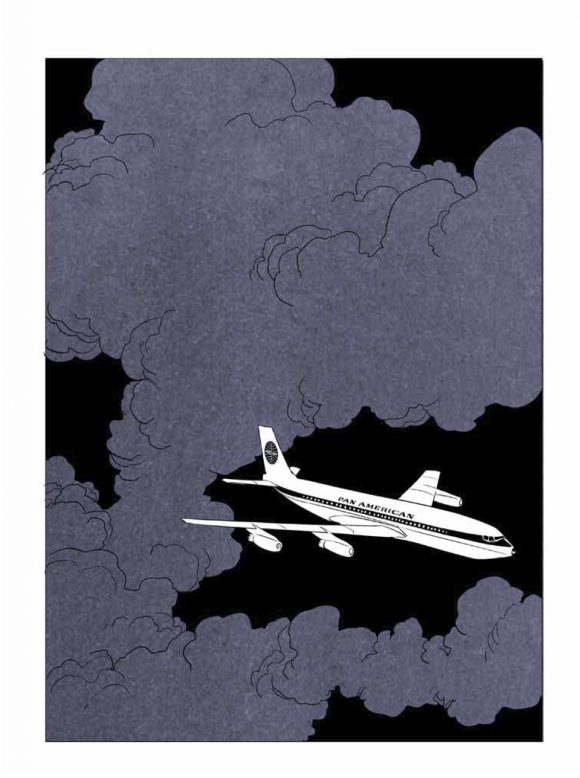 3. Serling wrote some of the most important teleplays in early television history. These teleplays were similar to theater in that they were broadcast live. His show Patterns was so popular it ran twice, meaning the cast and crew gathered a second time to perform it—a first in television history!

4. Serling got rejected more than 40 times before one of his scripts was bought and turned into an episode of an anthology show in the early ’50s. 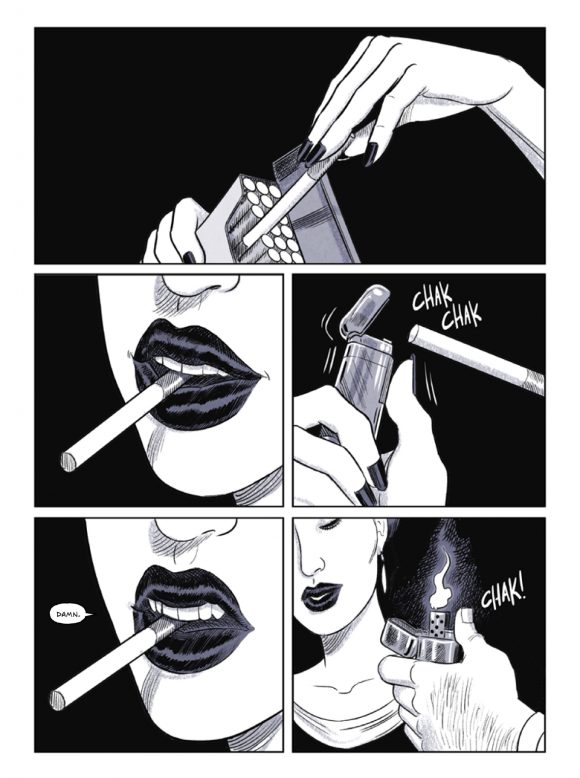 5. He is credited with co-writing Planet of the Apes, although Serling’s original version was much more ambitious and featured a futuristic ape city.

6. Serling was very interested in planes and aviation. This can be seen in some of his Twilight Zone episodes, such as Nightmare at 20,000 Feet. He also loved building model planes. 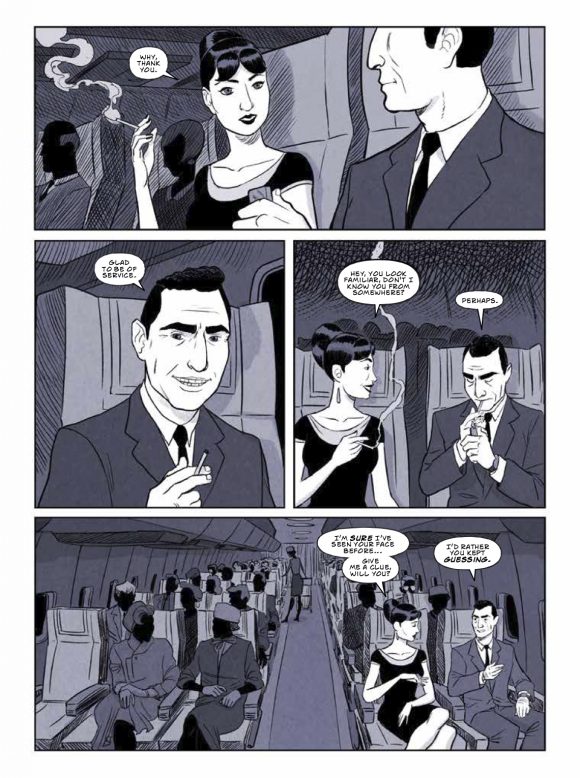 7. Serling was such an esteemed television writer in the ’50s that he managed to negotiate complete creative control over The Twilight Zone, a show that he produced, wrote and presented.

8. At some point, Orson Welles was considered for host of The Twilight Zone, but apparently he was too pricey. Someone in the production asked Rod to try out as host. The rest is history. 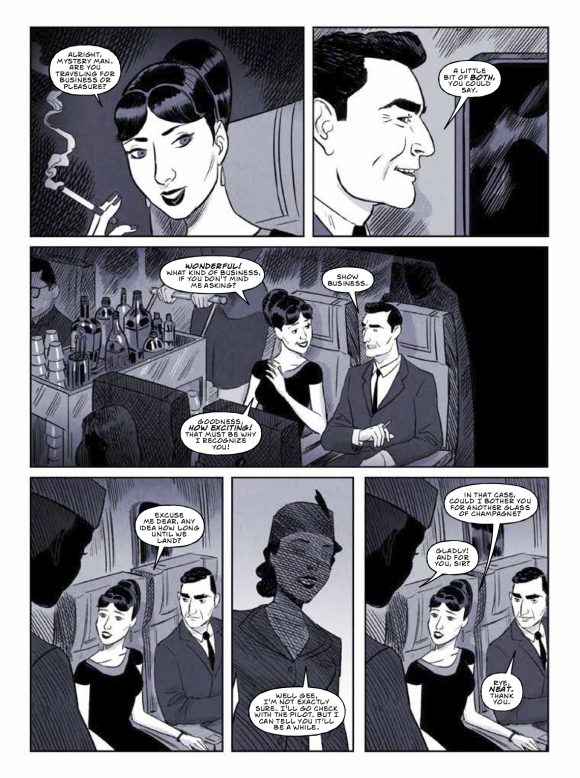 9. Serling gave Steven Spielberg his first directing gig with the pilot/TV movie Night Gallery. Spielberg’s short film featured an aging Joan Crawford as a selfish rich woman who deprives a poor man of his eye sight just so she can regain her own. Crawford apparently lobbied hard to have the 22-year-old Spielberg removed from the job, but Serling convinced her he was more than capable.

10. Serling loved to tan and actually wrote a lot of his work by his pool. He used a dictaphone, an early recording device, and would later have his secretary transcribe the recordings into writing.

11. Serling consulted the famed Ray Bradbury before he began work on The Twilight Zone. Bradbury helped him find some of the show’s most famous writers, such as Richard Matheson and Charles Beaumont. Bradbury also had one of his stories turned into a Twilight Zone episode: I Sing The Body Electric. 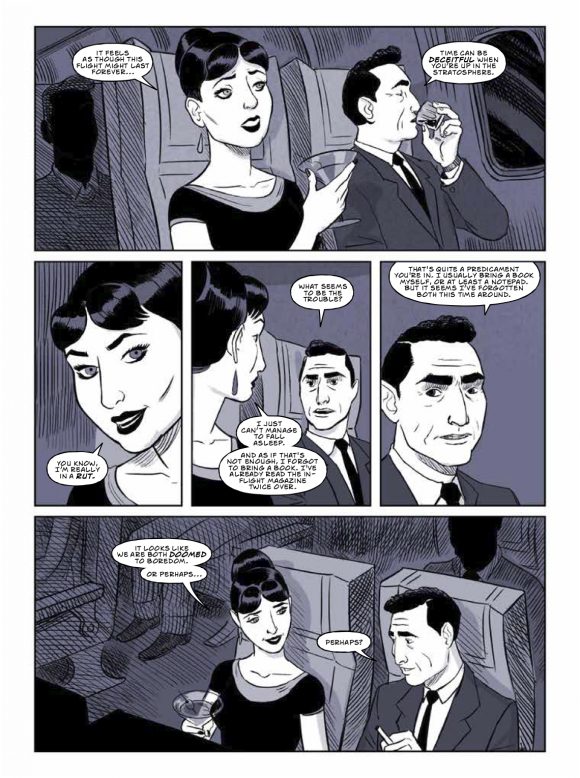 13. In 1969, Serling wrote a short-lived TV show called The New People, about a group of people who crash land on a mysterious island. Sounds familiar? J.J. Abrams has mentioned many times Rod Serling being one of his biggest inspirations. 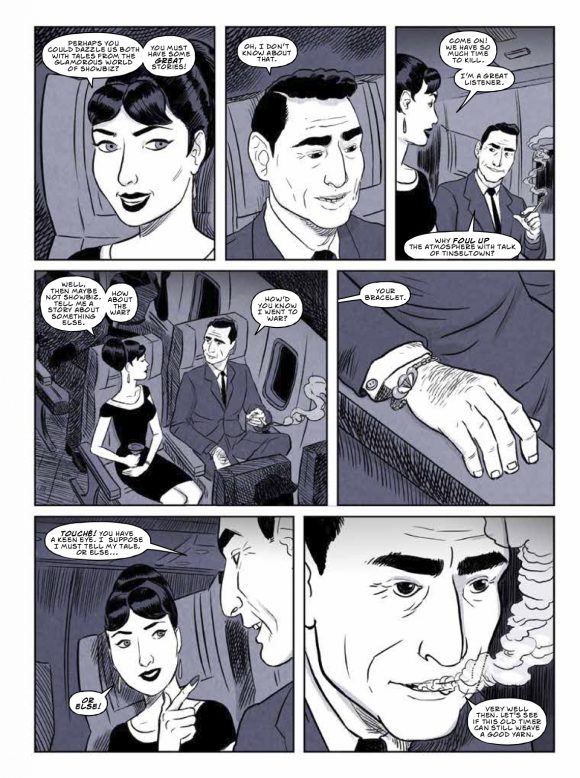 The Twilight Man: Rod Serling and the Birth of Television, by Koren Shadmi, is available now. The 168-page paperback is published by Humanoids’ Life Drawn series and lists for $22.95.