As we’ve seen in other months, Neal Adams dominates here — especially with two of the best covers in comics history. But we also have Gil Kane, Jack Kirby, Joe Kubert and MORE!

13. Amazing Adventures #10, Marvel. The House of Ideas didn’t have the best month, but I dig this because Gil Kane’s Black Bolt looks pretty badass and that monster thing is I just don’t know what. What’s up with Magneto, though? 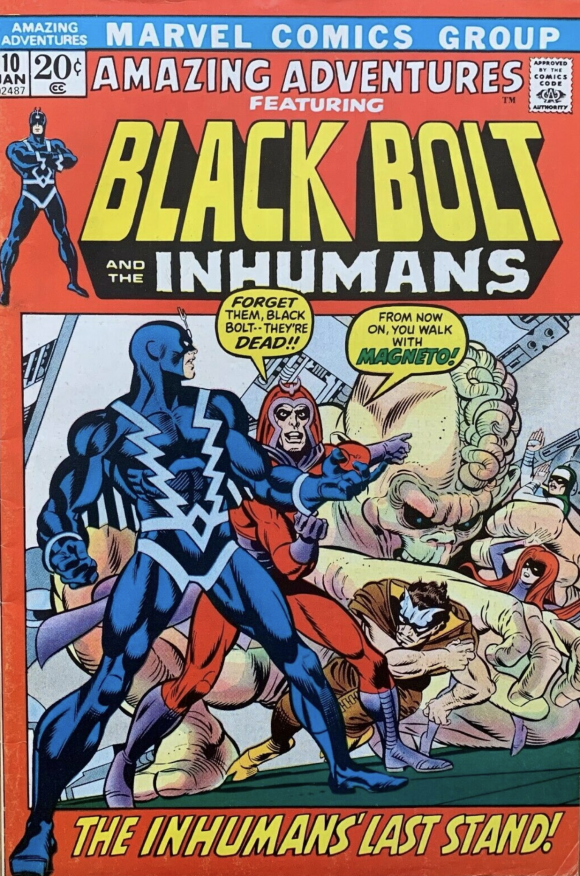 12. Archie Giant Series #190, Archie. In Riverdale, Christmas comes before Halloween. Really, it’s a thing! But that’s not why this cover made the list. It’s because… wait for it… FLOATING HEADS! 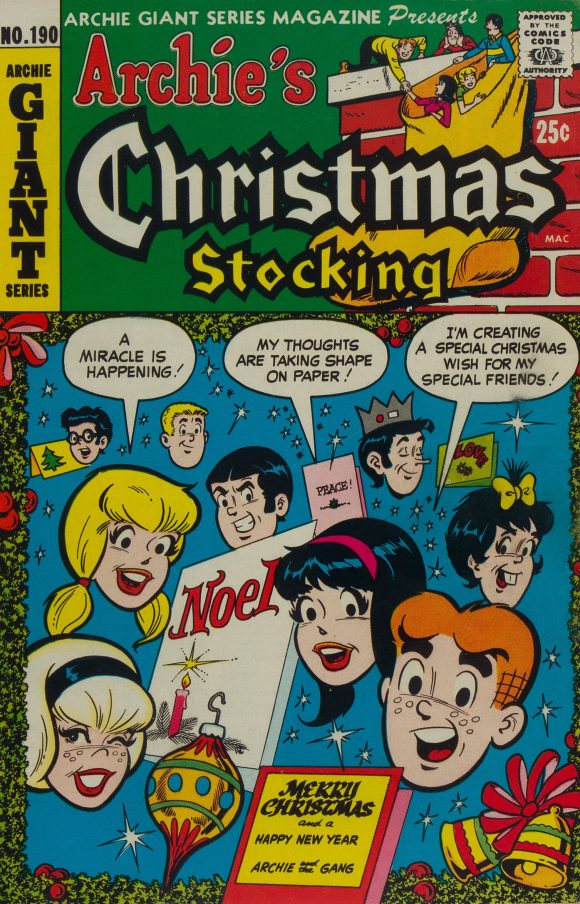 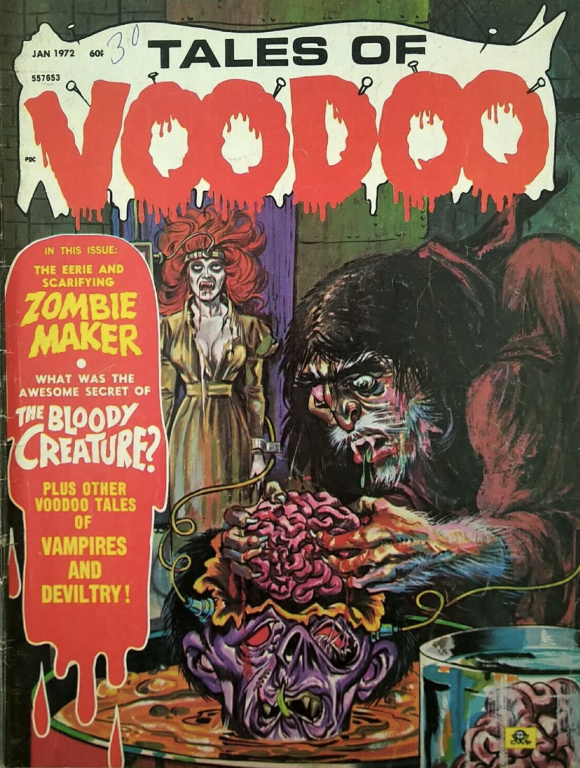 Do you know who drew this? I couldn’t track it down. But, man, good on them! 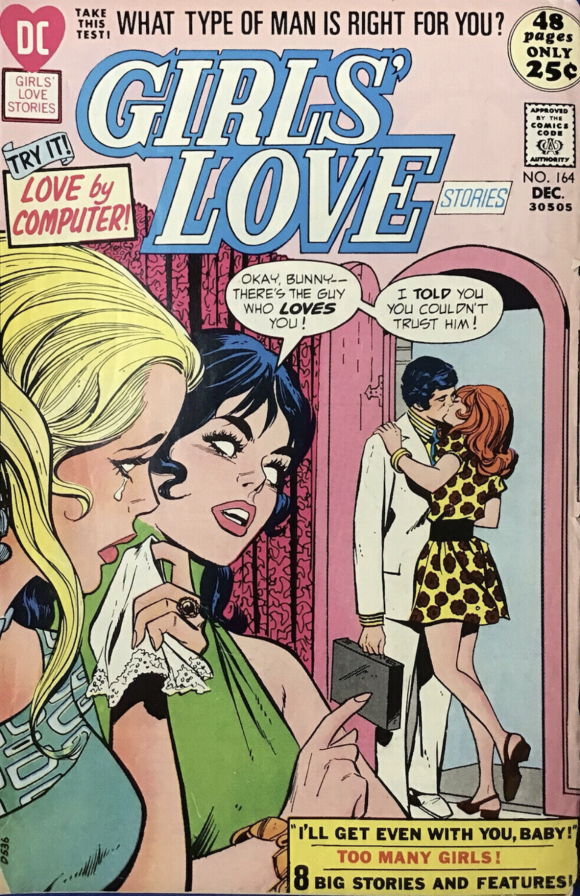 9. From Beyond the Unknown #14, DC. Until now, I have lived my entire life without seeing the normally somber Joe Kubert do a family of apes — knitting, smoking a pipe, reading the paper and keeping little human pets. My life is now that much richer. 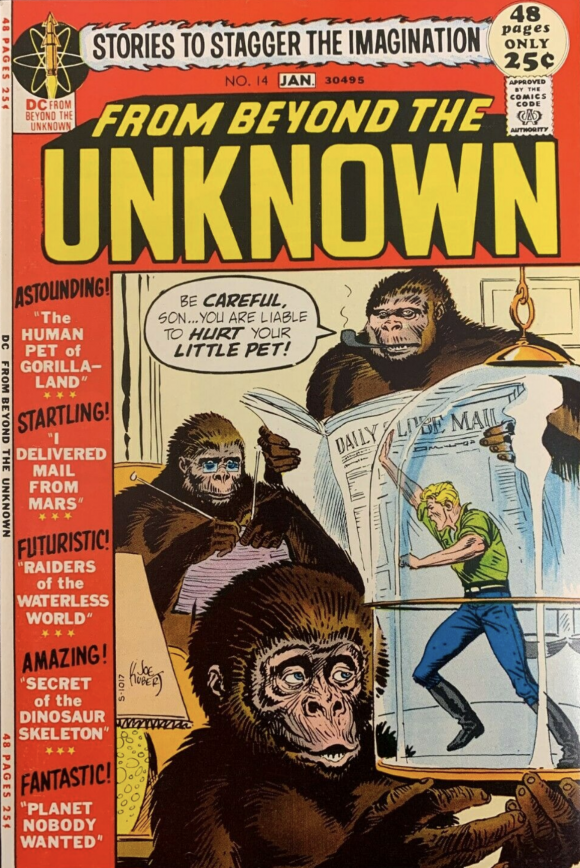 8. Superman #245, DC. A favorite Swanderson cover — with bonus points for being a wraparound. There’s very little action on the cover, but so what? It looks so damn good. 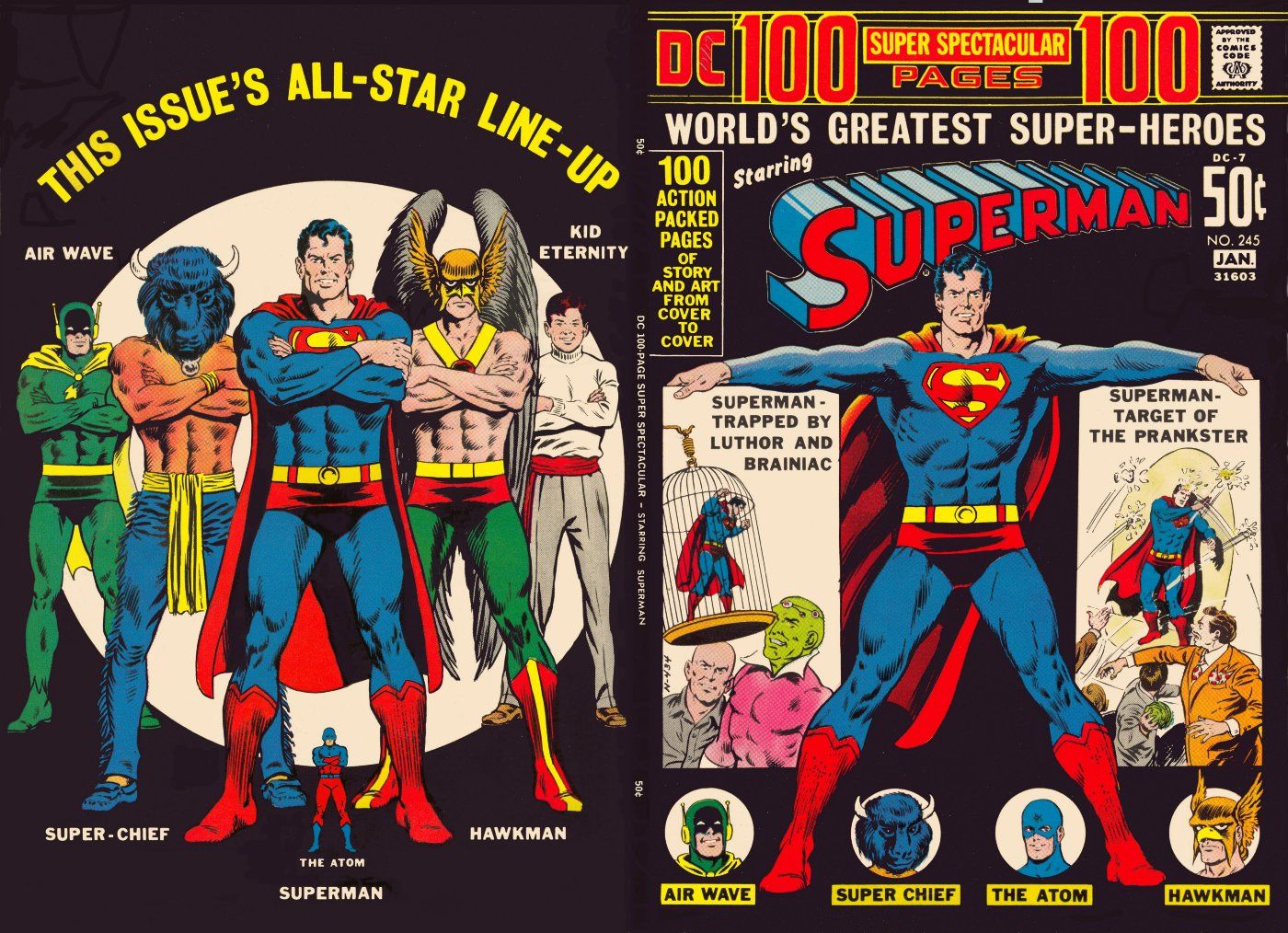 7. Superman’s Pal Jimmy Olsen #144, DC. Far-out!! The King inked by Neal Adams. Their styles are practically polar opposites but somehow it all works. Supes across the top really pulls it together. (And I like that both this and Superman #245 are all about the Man of Steel’s wingspan. 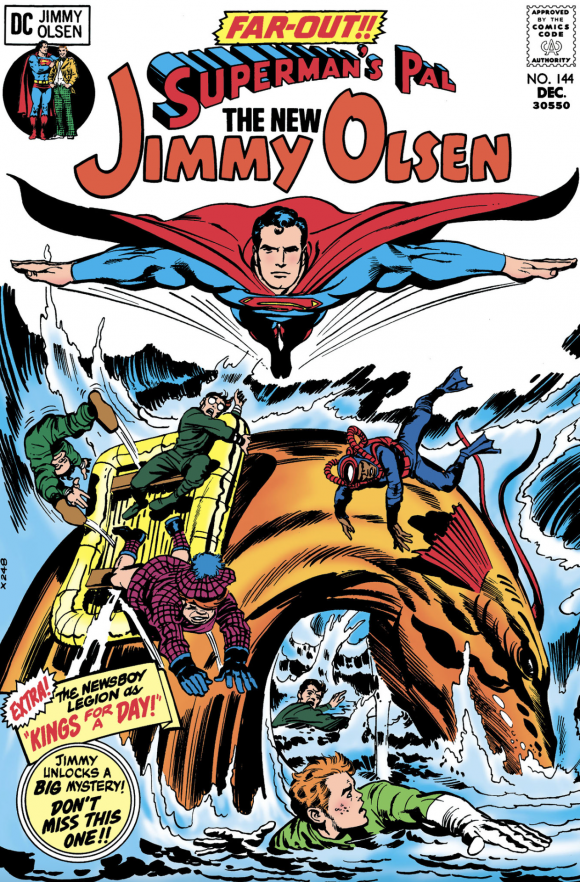 6. World’s Finest #208, DC. Ah, the days when World’s Finest was briefly a Superman team-up book. It’s an arresting illustration by Adams — focus on Superman’s straining face and shoulders — that is also completely, fantastically absurd. It’s the kind of image that you can only find in comics — which is a big, big reason why we love them so. 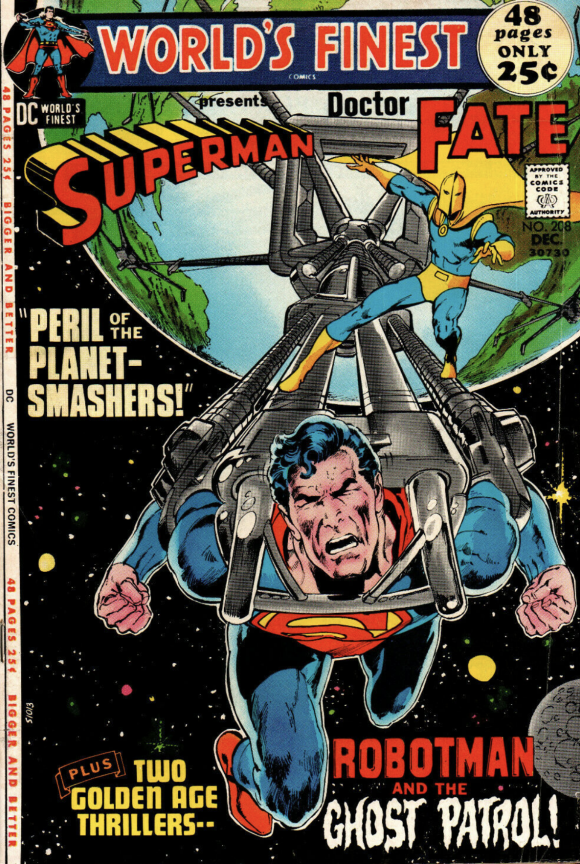 5. Ghost Manor #2, Charlton. What I love about Steve Ditko’s horror covers for Charlton is that they frequently make no narrative sense whatsoever. This is just seemingly random, yet fascinating, images jammed together that say, “Hey, kid! How cool is this? Wanna see more? Buy it and look inside!” Now, all of this may indeed make sense if you read the book. Or maybe not. But I really want to know more about the robotic valet in flashy clothes proudly presenting a picture of a pianist about to be consumed by fire. 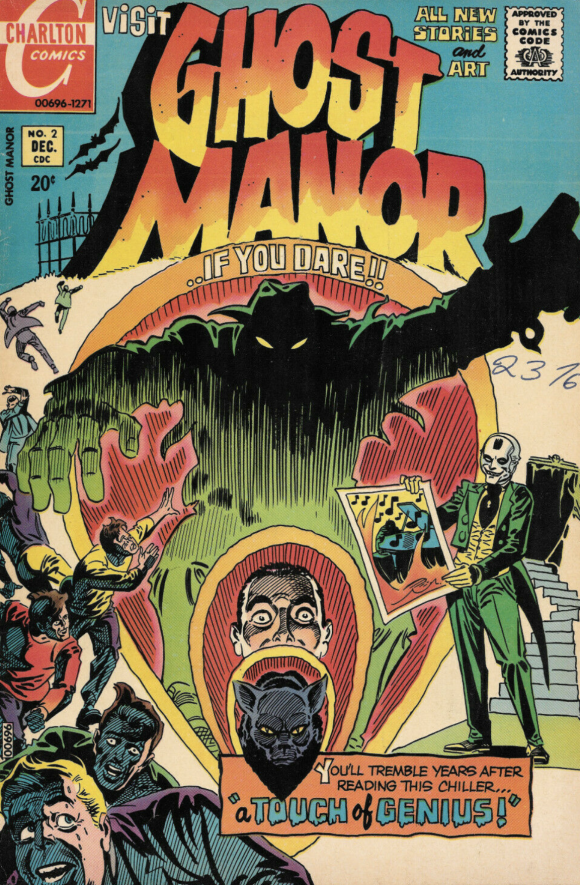 4. Sgt. Fury #94, Marvel. When comparing the Big Two’s Big Sarges, Sgt. Fury tended toward the macho while Sgt. Rock played up the tragic and the humanistic. But this terrific Kane/Giacoia tableau captures the horror of war as Fury races to save a child’s life. 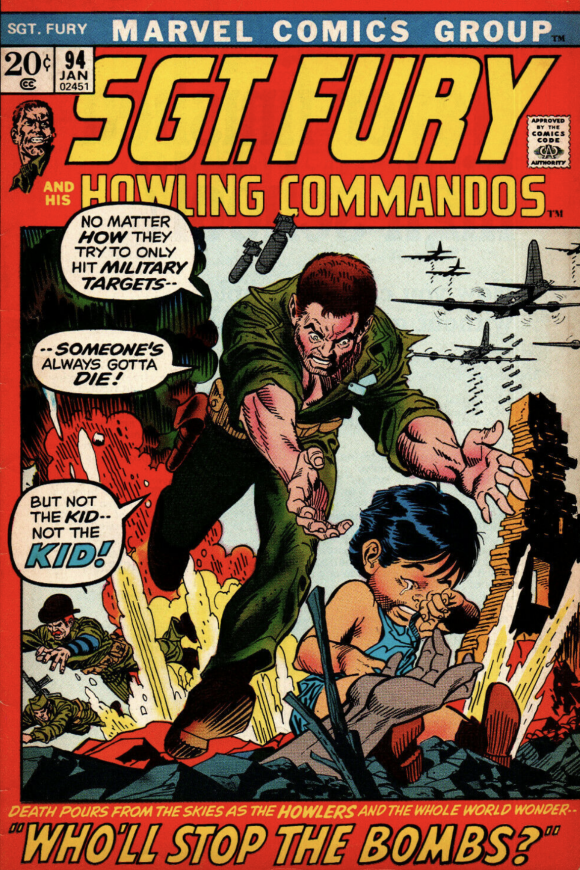 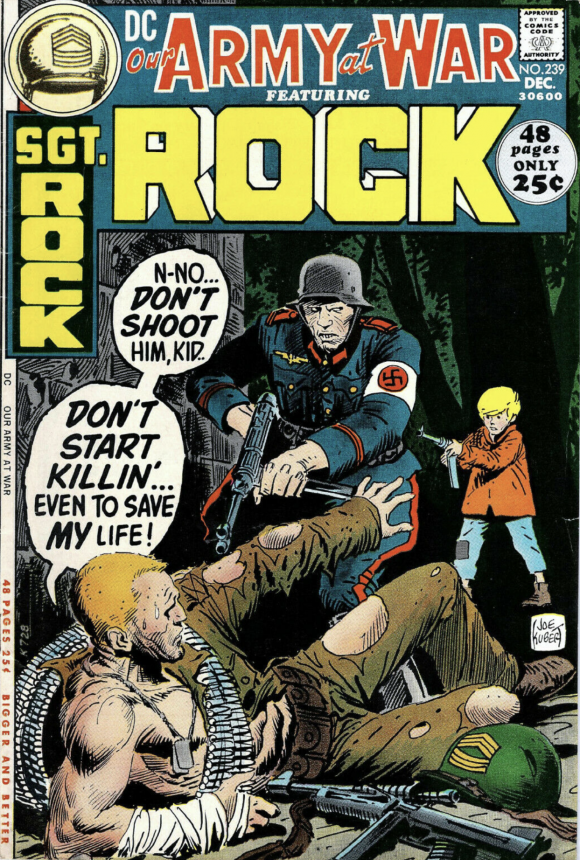 2. Batman #237, DC. Not putting this at No. 1 is one of the hardest choices I’ve ever had to make throughout the nearly two years of BRONZE AGE BONANZA. This was one of the first — if not THE first — Batman comics I ever saw on the spinner rack. It was so jarring because thanks to the Adam West TV show, even at 4 years old, I knew Batman would always come out on top. But this cover flips that notion on its axis: Batman might not get to Robin in time — and he’s in genuine danger himself! Plus, the bold red background amps up the tension and anxiety immensely. I’ve written quite a bit about this comic over the years, including interviews with Denny O’Neil and Neal Adams. Because even beyond the spectacular cover, it’s the greatest comic-book Halloween story ever told. 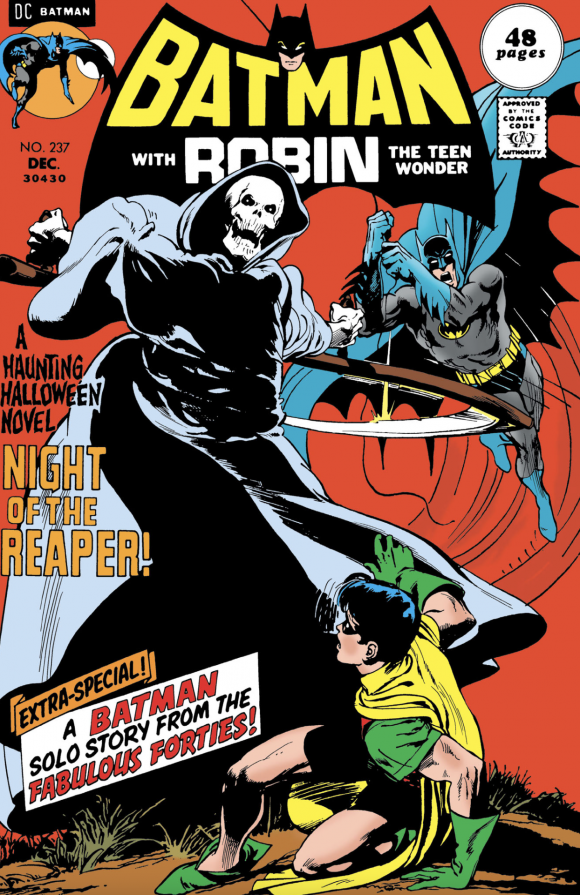 1. Green Lantern #87, DC. From a purely aesthetic standpoint, I think Batman #237 is a better cover. But Green Lantern #87 is one of history’s most important comics — introducing John Stewart and pushing forward the notion that superheroing should not be a Whites Only club. The image is stark and appropriately in your face, and the white background puts it all into sharp relief. Profoundly compelling — and a profoundly compelling story by O’Neil, Adams and Dick Giordano. 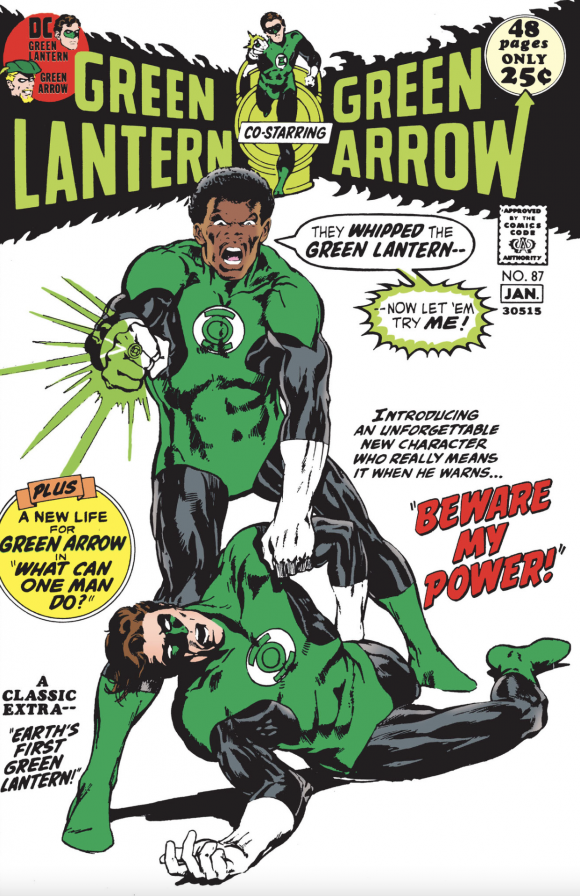