Very strong month, folks, with no one artist dominating. But most of the usual suspects are here — Adams, Kirby, Kane, Windsor-Smith and more.

13. Little Audrey #102, Harvey. This is as close to a horror cover as Harvey would ever get. 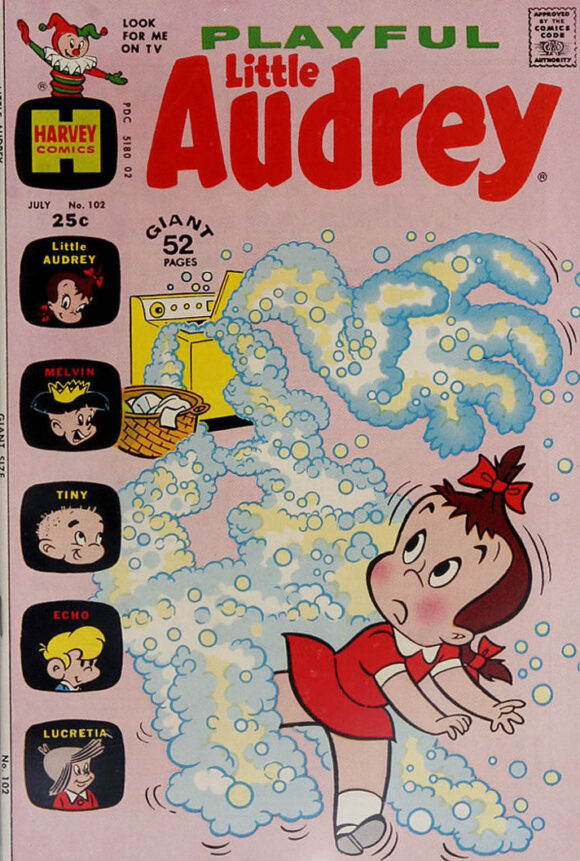 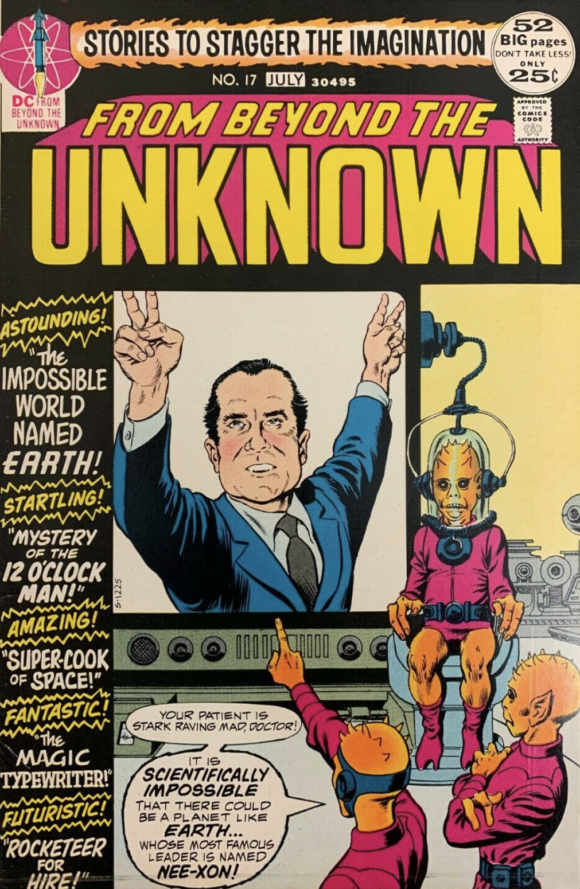 11. Creatures on the Loose!, Marvel. Just your standard, groovy Gil Kane monster cover with great anatomy and dynamism. I have no idea how long it took Kane to do this piece, but he probably could have done it in his sleep. I groove to it. 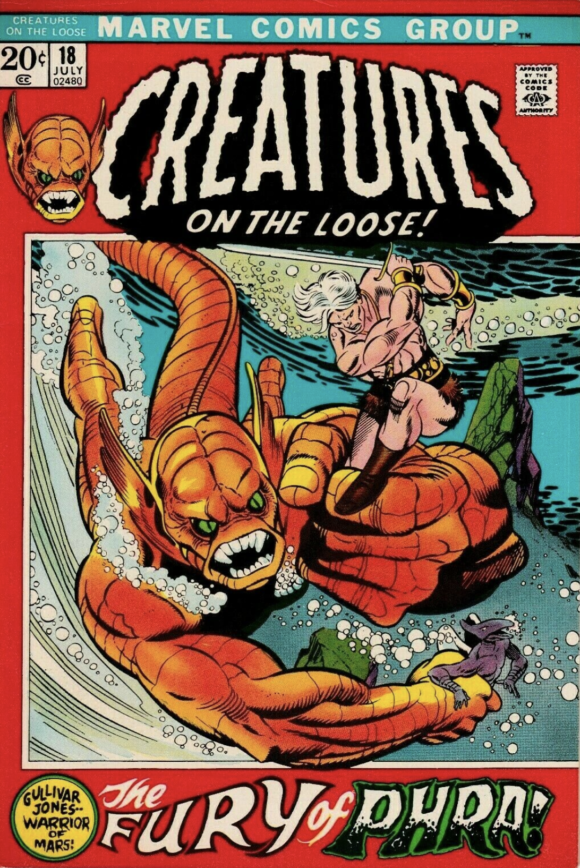 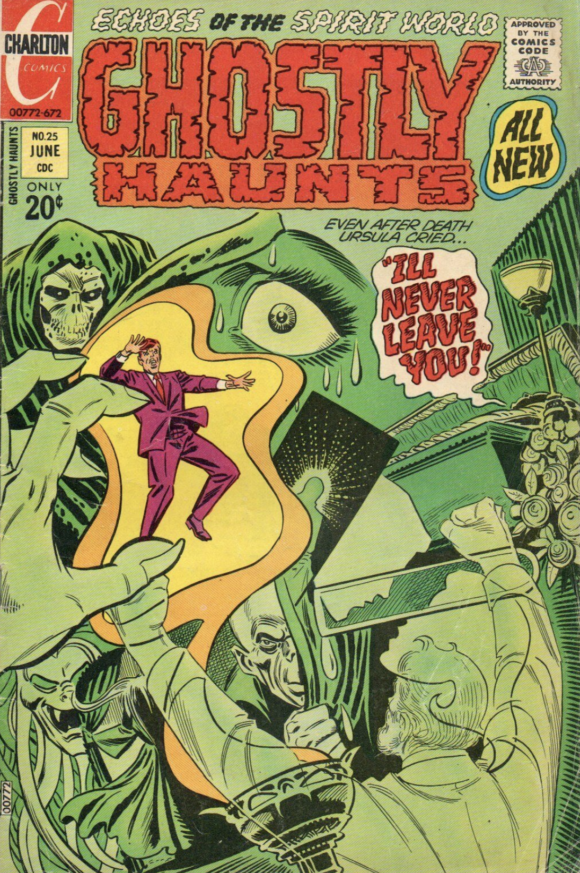 9. The Flash #216, DC. Great Nick Cardy cover, all around. B-Lister Mr. Element has the Flash on the run and Cardy kills it with the special effect of the Scarlet Speedster transforming into a 5-foot-11 olive loaf. 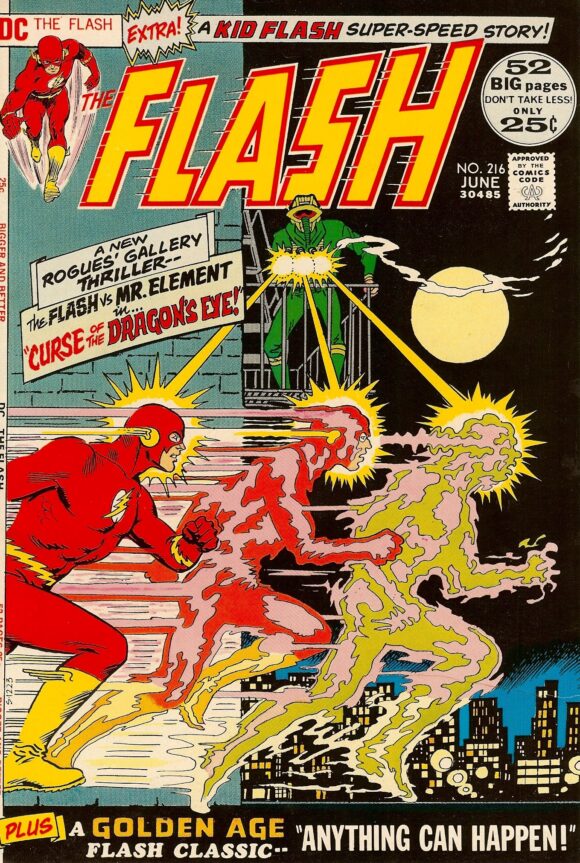 8. Iron Man #48, Marvel. Firebrand may not be Iron Man’s opposite number per se, but their outfits are practically inverted, making for a really slick showdown. Take THAT, Flash and Reverse-Flash! 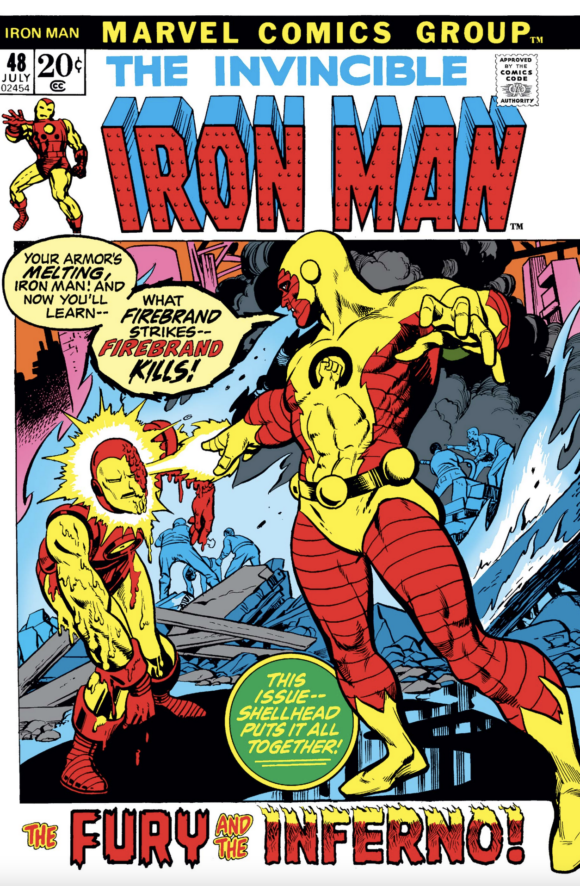 7. Marvel Premiere #3, Marvel. By the Hoary Hosts of Hoggoth! Some characters lend themselves more to the poster technique than others. Doctor Strange is one of those characters. Barry Windsor-Smith certainly looks like he’s paying homage to Steve Ditko — and I’m sure Frank Giacoia really enjoyed inking all those tiny lines in the background. 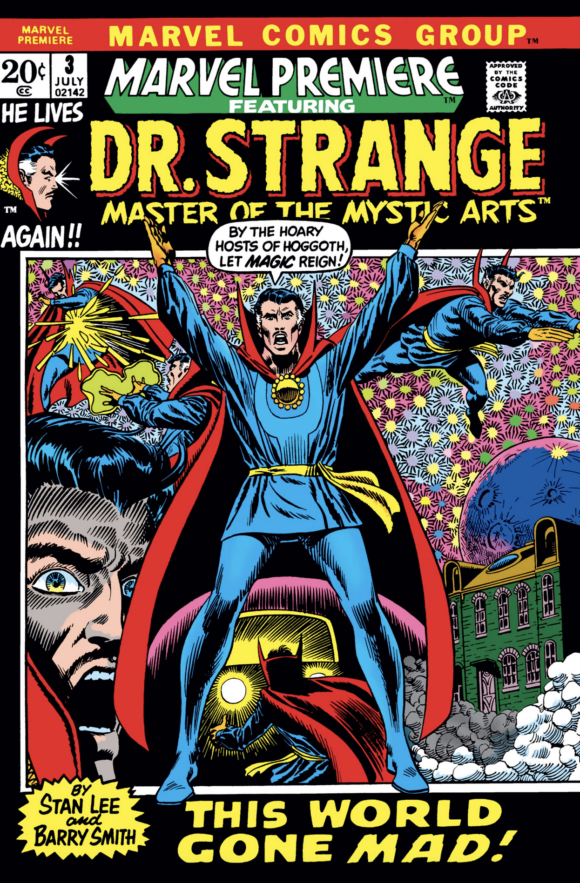 6. The New Gods #9, DC. Of all of Kirby’s Fourth World characters, the Bug is easily one of the best looking. No wonder Mike Allred is so taken with him. 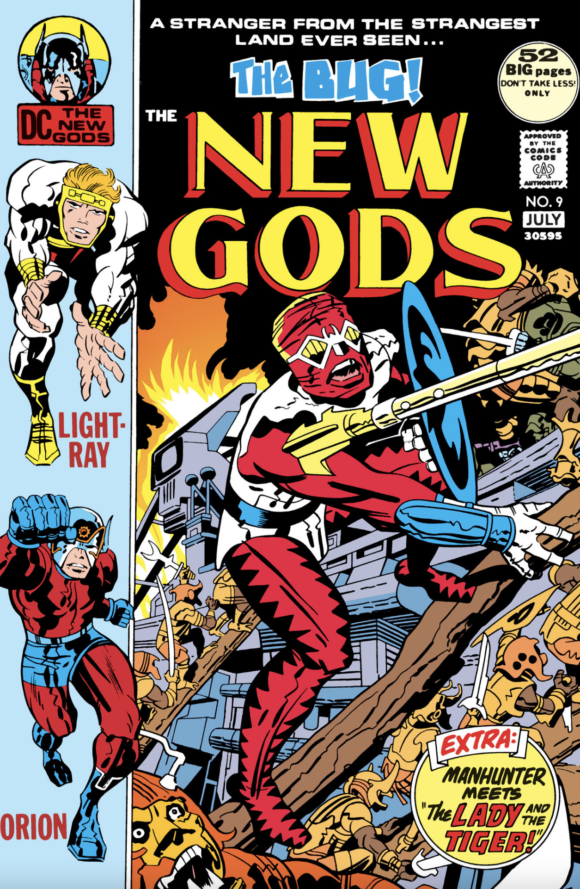 5. Marvel’s Greatest Comics, Marvel. Sal Buscema supplied the cover for this reprint of the classic Fantastic Four #49. And his effort is certainly worthy of that famed issue: He does Kirby proud, for sure. 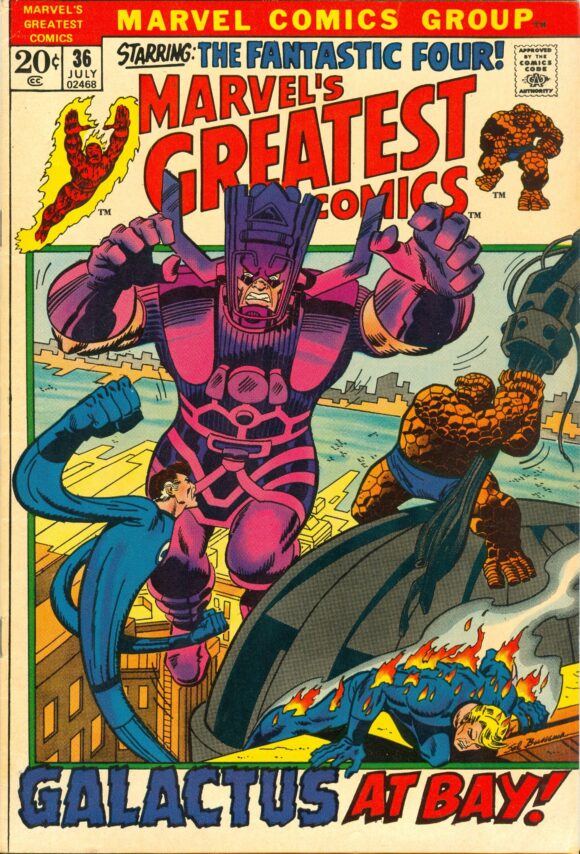 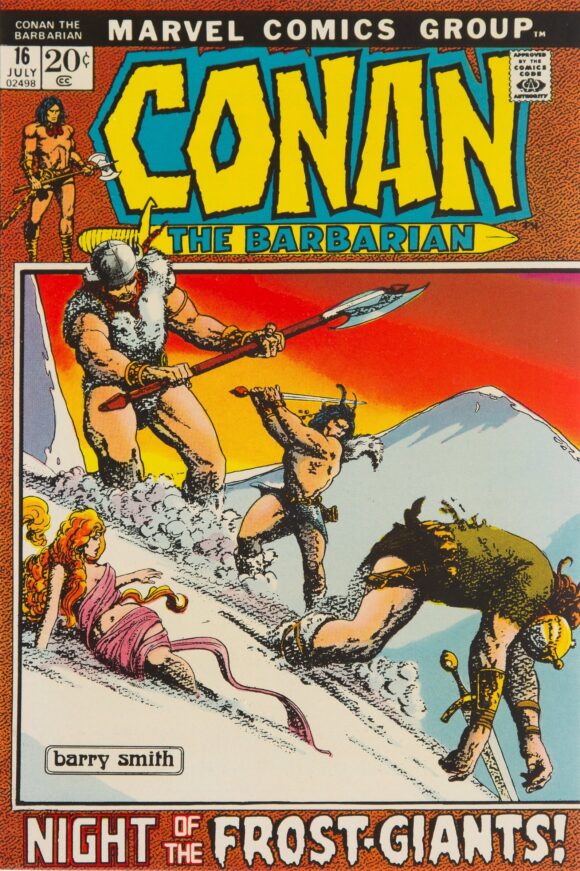 3. Batman #242, DC. This is one of the most important Batman comics of the Bronze Age and yet it doesn’t always get the respect it deserves. See, this is the first part of the trilogy that wrapped up the original Ra’s al Ghul saga. Thing is, it was illustrated by Irv Novick and not Neal Adams, so it’s not included in any of the Adams collections that are out there, leaving readers with an incomplete story. Adams also didn’t do the cover — but Mike Kaluta steps in with one of the moodiest Bat-covers of the era. 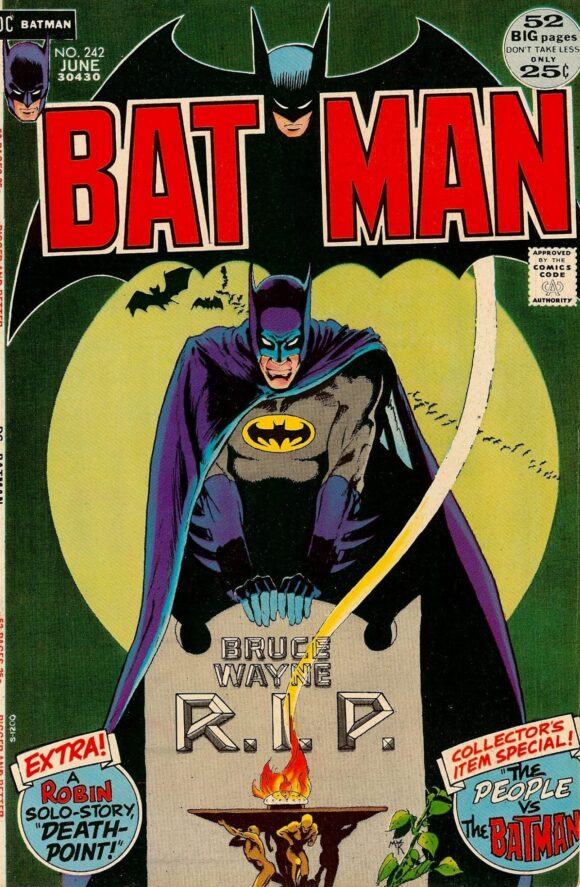 2. House of Mystery #203, DC. I don’t think DC has ever done a collection of its best horror covers and I’m guessing it’s because it wouldn’t sell. But they are consistently among the very best in BRONZE AGE BONANZA and this fab cover by Russ Heath is a bona fide, beautifully illustrated thriller. Magnificent composition and execution. Too bad the colorist is unidentified. 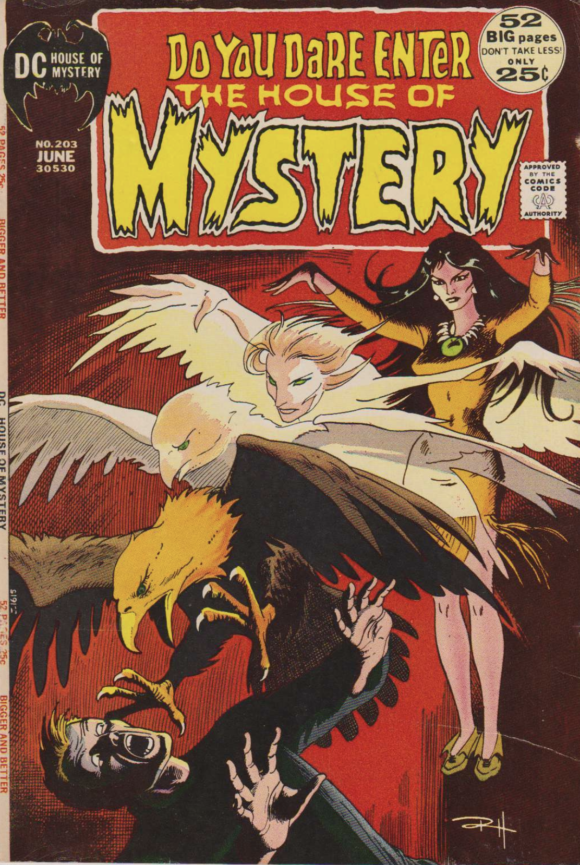 1. Superman #252, DC. I’ve been pointing out in this column that DC’s wraparound covers were something of a mixed bag. This one, though, may top them all — an outright Neal Adams classic featuring DC’s flying heroes in all their soaring glory. And despite the word’s overuse, the image of Superman alone is iconic. Brilliant.