The TOP 13 BATMAN COUNTDOWN kicks off with an episode from the 1966 TV show starring Adam West: 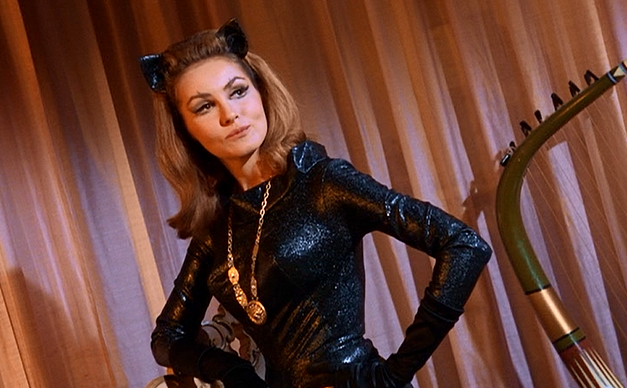 This Season 1 two-parter featured Julie Newmar’s first appearance as Catwoman and to some fans – like me — it’s the 1966 Batman TV series’ high-water mark. The ep boasts everything that made Batman ’66 great and then some — a zippy plot, great villain, sex appeal, fun mystery, classic adventure, comedy, two spectacular death traps and, yes, even pathos.

Just as importantly, the episode was responsible for bringing Catwoman back into the spotlight. Nervous DC editors shelved her amid the great comics scare of the ’50s but Newmar’s appearances on the show — not to mention later performances by Lee Meriwether and Eartha Kitt — firmly re-established the Feline Fatale as not just a major Batman villain but as his great, star-crossed love.

The episode topped 13th Dimension contributor Anthony Durso’s list: “Reruns of the Adam West Batman introduced me to the character. Julie Newmar as Catwoman gives it an edge over the pilot episode with the Riddler. She was probably my first crush in kindergarten. Plus, it was a View-Master reel!” 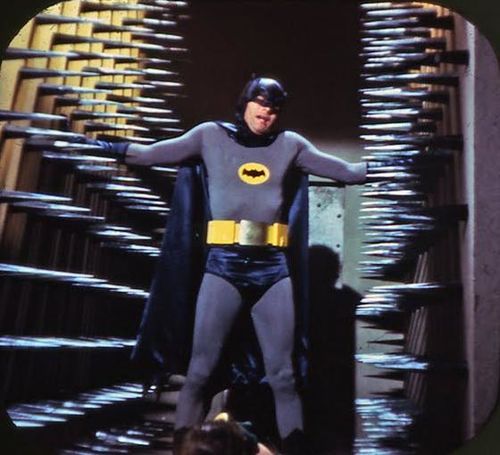