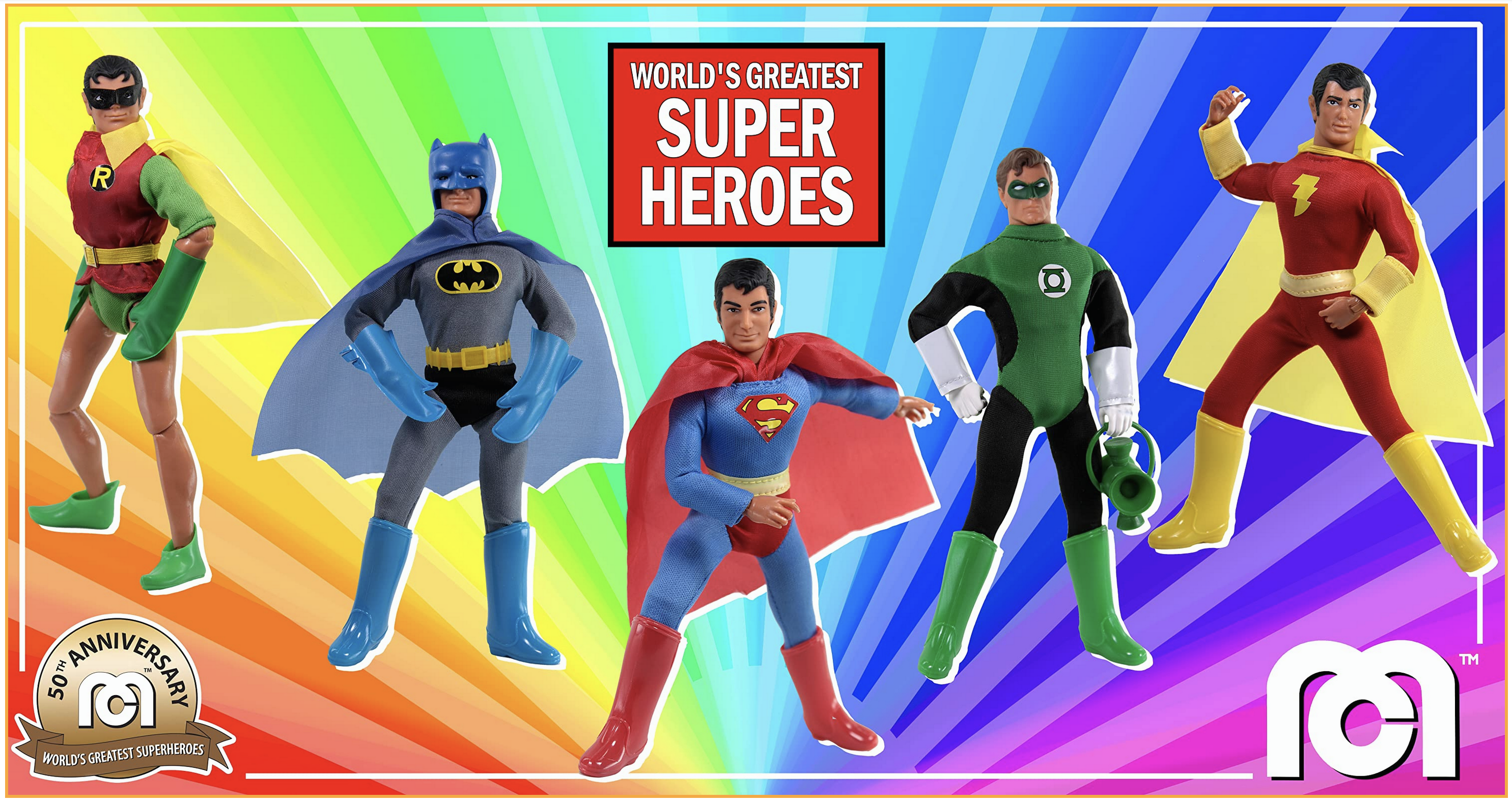 When Mego Corp. announced its plans to reissue the original 8-inch World’s Greatest Super-Heroes in authentically reproduced boxed packaging for the line’s 50th anniversary this fall, fans rejoiced. When they revealed they were adding characters that Mego had skipped producing in the ’70s, we nearly plotzed. At last, official Mego figures of Flash and Green Lantern to right the most egregious of wrongs.

Mego is evidently planning 24 figures overall, so besides reproductions, who would we want for the WGSH line that we only dared dream of in the 1970s? Dan mentioned a great candidate in the form of Nubia recently, for example. 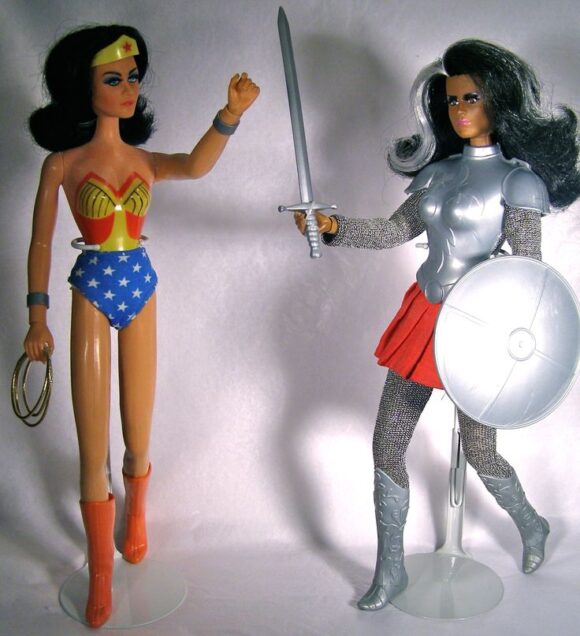 For my own personal TOP 13 list (yours will likely vary), I have included the obvious ’70s omissions — some of which have been produced by others, such as Mattel and Figures Toy Company. But I’ve also thrown some curves with characters who celebrate DC’s rich and diverse publishing library. Characters who comic readers at the time were pretty familiar with! I’ve also tried to keep in mind who would just look great in Mego’s cloth-costumed format.

13. Mr. Freeze. Has anyone made a figure of Mr. Freeze in his late ’70s bubble-domed outfit? I don’t think so, and they should! This look is similar to his original Mr. Zero costume, but with more appropriately cool colors. The bubble dome head gear would look great on a Mego figure! Sure, Mego could just make Captain Cold, but Mattel and FTC have already been there and done that. 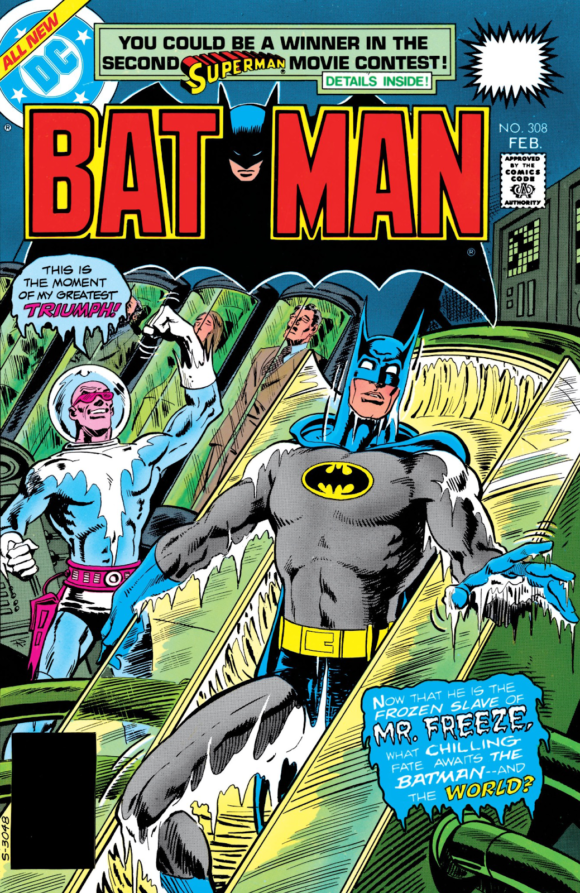 12. Solomon Grundy. I have a soft, marshy spot for comics’ original zombie, Solomon Grundy, mostly stemming from his membership in the Legion of Doom on Challenge of the Superfriends, and his wonderful Cajun accent there. But Grundy was big in the ’70s, taking on not only his old foes in the JSA, but the JLA and even Superman! He later made it into the Bat-rogues as well, so he’d be a perfect foil for the assembled heroes. Mego never made use of the “muscle” body developed for the Hulk and the Thing on their DC characters, so he’s a great place to start! 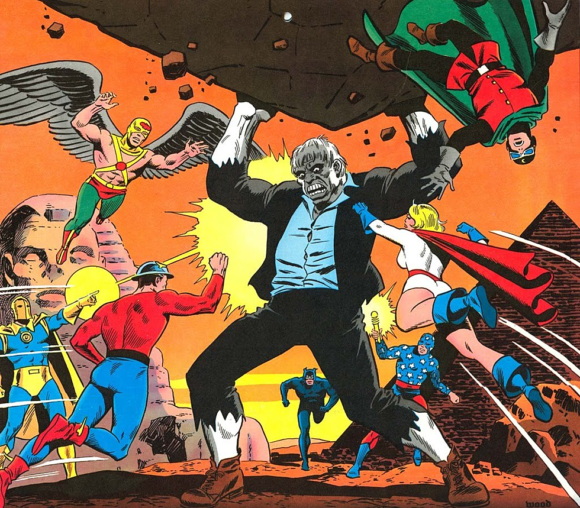 11. Mera. She was part of Ideal’s Comic Heroines/Super Queens doll line in the ’60s, but Mego bypassed the Queen of Atlantis for Catwoman. That wasn’t a bad move, but Mera, who has definitely gotten a prominent boost at DC in the last 15 or so years, would make for a great Mego! Use that shockingly red hair like Batgirl, screen print the wavy patterns on her jumpsuit, and you have one striking figure! Should they include her OG flippers? Yeah, they’re fun! 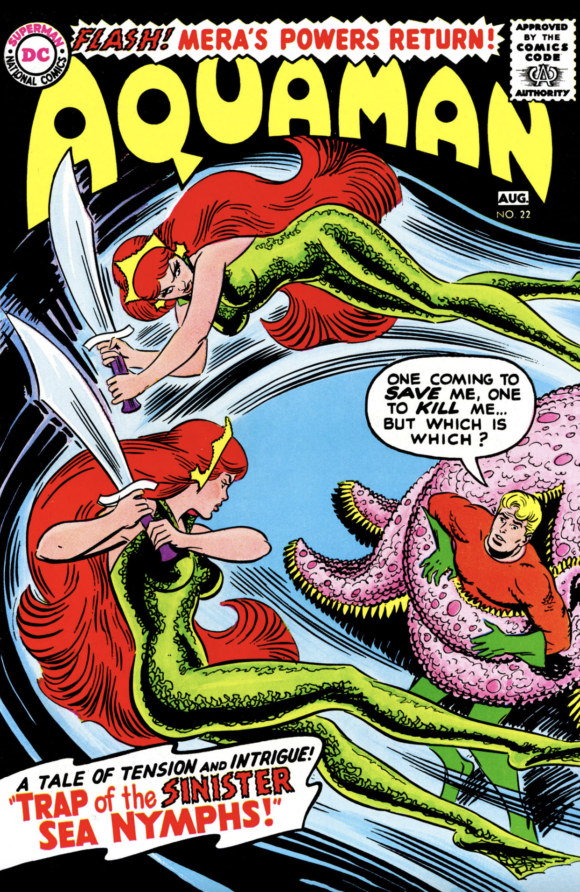 10. Jonah Hex. DC was more than just men in tights back in the day. They still had successful series in other genres, such as Westerns. And when you think of Western and DC, you think of… Jonah Hex! Mego was no stranger to the Western genre either, making figures of real-life lawmen and frontiersmen in their American West line, which was actually considered part of the World’s Greatest Super-Heroes series! So Hex could bridge the gap between the two, and look great doing it in his removable hat and jacket, and blue jeans. Plus, that very, VERY memorable mug of his would look fantastic in 8-inch Mego form! 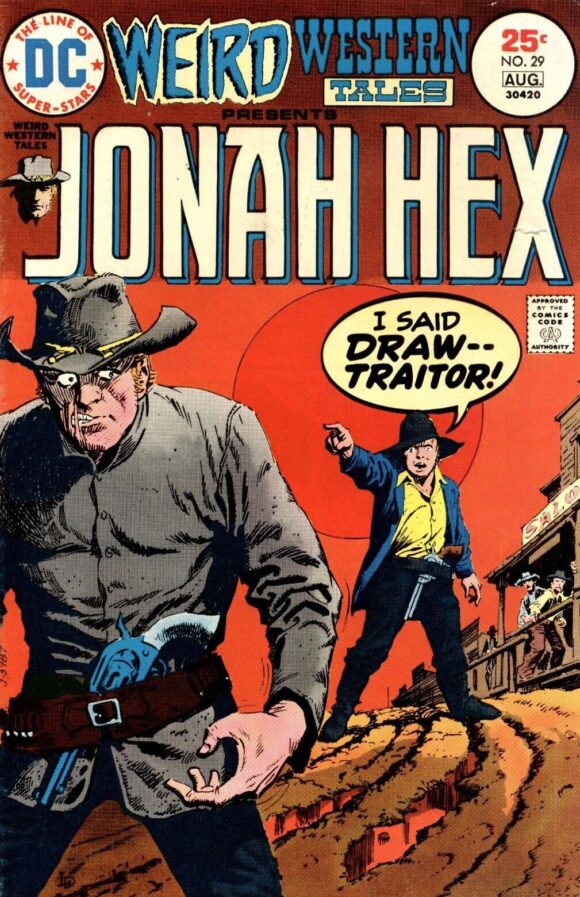 9. Sgt. Rock. Another curveball for ya. Rock was the star of one of DC’s longest running series, and was the figurehead of DC’s successful war line, memorable for great characters and stories by the likes of such comic luminaries as Robert Kanigher, Joe Kubert and Russ Heath. The topkick of Easy. Co. could help ground the WGSH in some realism, and homage the inclusion of Marvel’s Sgt. Fury in the Captain Action line, which begat the WGSH to begin with (Stan Weston was instrumental in getting both off the ground). Heck, Rock had his own 3.75-inch scale line at Remco right as Mego’s WGSH was wrapping up! A Kubert-like head sculpt, a removable helmet, and a torn, opened shirt are a must on a Mego Rock! 8. Man-Bat. I know Dan would buy one of these! I want an original design, Neal Adams-style Man-Bat. Not the monstrous look popularized in the last 30 years or so. Just a standard Mego body (unlike FTC, which used the muscle body) and a body suit with the underarm wings attached. Use the hairy Planet of the Apes hands for variety. And the great thing is that Man-Bat can work as both a villain AND a hero figure. He, Batgirl and Robin can have some Batman Family team-ups! 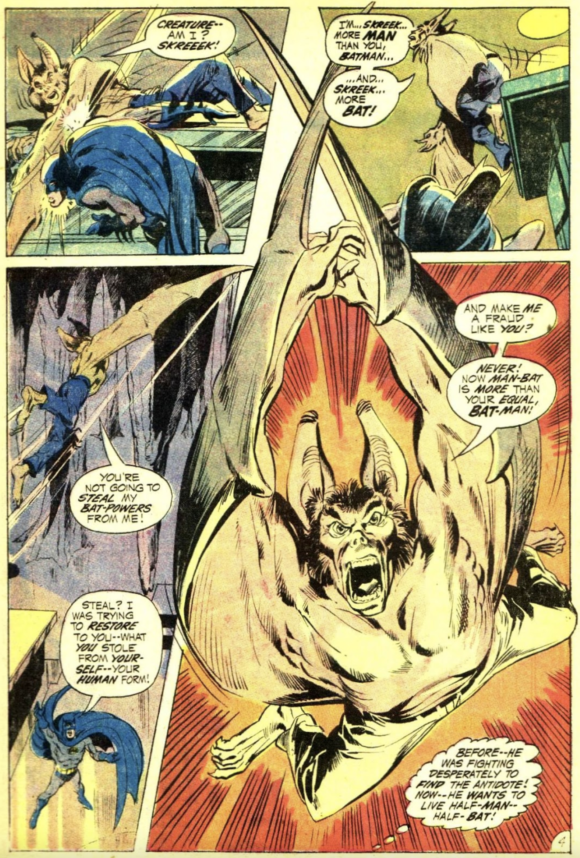 7. Black Lightning. Unfortunately, the DC portion of the WGSH was a pretty white-bread group. DC didn’t have a lot of ethnically diverse characters in prominent roles during the early days of the line. Black Lightning was the first black DC character to have his own book, and his original satin jacket and afro look would make for a super fly Mego figure! Decades later, the character finally got the respect he deserved, even getting his own TV series a few years ago. So, he’s a known commodity to those outside the comic-reading crowd these days as well. 6. Poison Ivy. Remember when Poison Ivy had chestnut hair and wore a leafy laurel around her head? Well, toymakers don’t seem to. We’ve never gotten a Poison Ivy figure that quite captured that original Silver/Bronze Age design, but Mego would be the perfect place to start! (Dan adds: FTC did try OG Ivy, but their version never quite hit right.) Imagine the screen printing on her leafy bodice and the viney pinstripe down her legs! Also, Catwoman could use a felonious female to pal around with, or get into a catfight with, more likely. It was the Bronze Age, after all! 5. The Atom. OK, in the Silver and Bronze Ages, the Atom never appeared at full height in costume. His uniform went invisible at full size (don’t ask me, ask Julius Schwartz and Gardner Fox). But Ray Palmer was the JLA’s second recruit, and a mainstay of the team until he decided to go “native” in the Sword of the Atom mini-series in the mid-’80s. Plus he appeared on the Filmation shorts and occasionally on Super Friends. And who doesn’t love that Gil Kane costume design? Perfect for Mego to reproduce. Maybe include a smaller, non-articulated figure in the box with him? 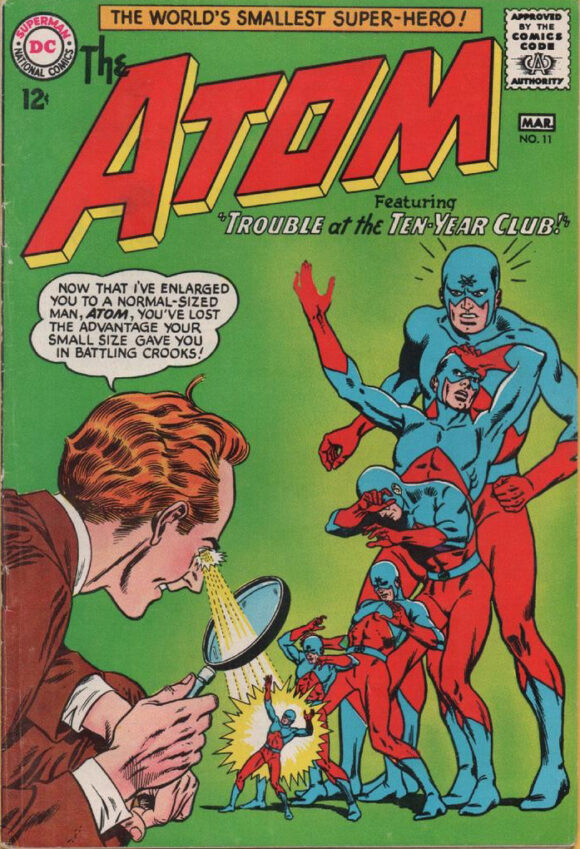 4. Bizarro. Me love that Mego no make Bizarro figure! Little Big Head Man so much better choice for Mego to make than backwards duplicate of Superman! Er, what I mean to say is, Bizarro got robbed, and we instead got an 8-inch Mr. Mxyzptlk, which is no one’s favorite Mego. Give Bizarro a new head sculpt, a reversed Superman “S” sticker emblem, and just reuse the Superman costume. Done! Easier than actually duplicating a Bizarro! 3. Hawkman/Hawkgirl (tie). The Winged Wonder would take some engineering to pull off in Mego form, but other companies and plenty of customizers (myself included) have done it. His prominence in the JLA in the comics, on Super Friends and in the later Super Powers action-figure line make him a no-brainer after Flash and Green Lantern are inserted into the mix. Of course, fans of the DCAU may prefer Hawkgirl, and who would complain? Let’s make this one a two-fer and get both Katar and Shayera Hol in the WGSH! And let’s get them with removable helmets! 2. Two-Face. Harvey Dent’s worser half would make for a stunning Mego. His prominence in the Batman rogues gallery was somewhat hampered by his exclusion from the ’60s television series, but Harvey came back flipping in the ’70s. And I would want a very ’70s Two-Face, replete with two-tone turtleneck, and not his standard two-tone tie! 1. Lex Luthor. The greatest criminal mind of our time (of our time) is serving notice (he’s serving notice to you) that he will NOT be ignored this time! Lex is a huge bald head-scratching omission from the original series. Oh sure, when Mego made the Super Foes in 1974, Lex was just a few months away from his famous purple-and-green jumpsuit (popularized by his appearance on Challenge of the Superfriends) and was usually shown in prison grays. But Mego could have dropped him in the line later! They did give us Lex in the 12-inch Superman line connected to the first film, and the Pocket Super-Heroes line, but we need a proper, 8-inch Lex Luthor, by Mego! — EARTH-TWO ROBIN: Crisis of the Megos That Need to Be Made. Click here.

Chris Franklin is a graphic designer, illustrator and podcaster, who co-hosts several shows on the Fire and Water Podcast Network, including JLUCast and Super Mates, which he produces with his wife, Cindy. He also contributed essays to Jim Beard’s Subterranean Blue Grotto series of Batman ’66 episode guides — Seasons One, Two and Three.