“Have you ever read Milton, Captain?” 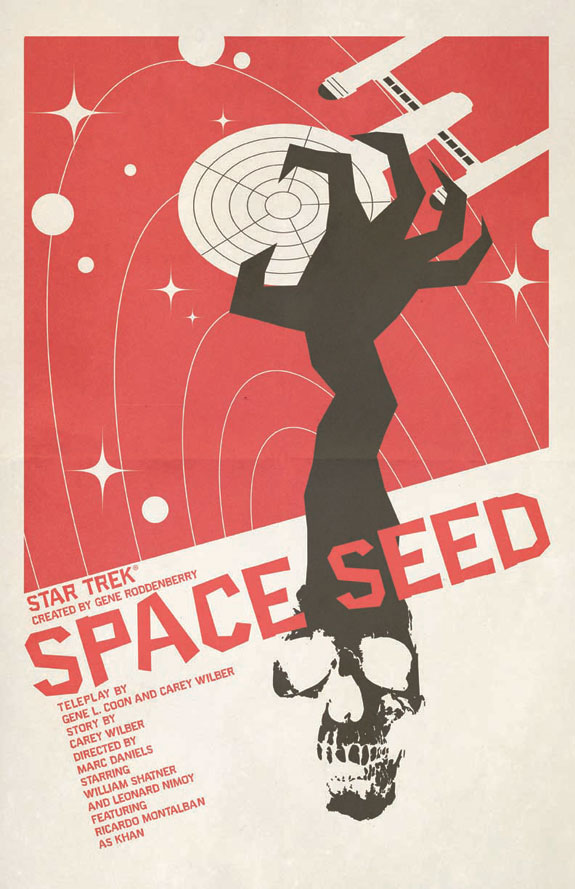 Juan Ortiz held nothing back in this poster

The temptation is to conflate Space Seed with The Wrath of Khan, the Greatest Star Trek Story Ever Told.

But on its own merits, it’s a superb story that gives us a singular villain, a legitimately frightening threat and, like most of the best Trek episodes, a measure of world-building that deepens the fabric of this universe.

Khan — aka Khan Noonien Singh — is a Bad Guy with a capital B and G. Ricardo Montalban achieves Shatnerian levels of scenery chewing, alternating between nostrils-flaring slow burns and explosive fits of rage. Even his most ostensibly benign comments are loaded with veiled menace: “I grow fatigued” is one of my favorites. He’s also a physical specimen who lives up to his “superman” billing. 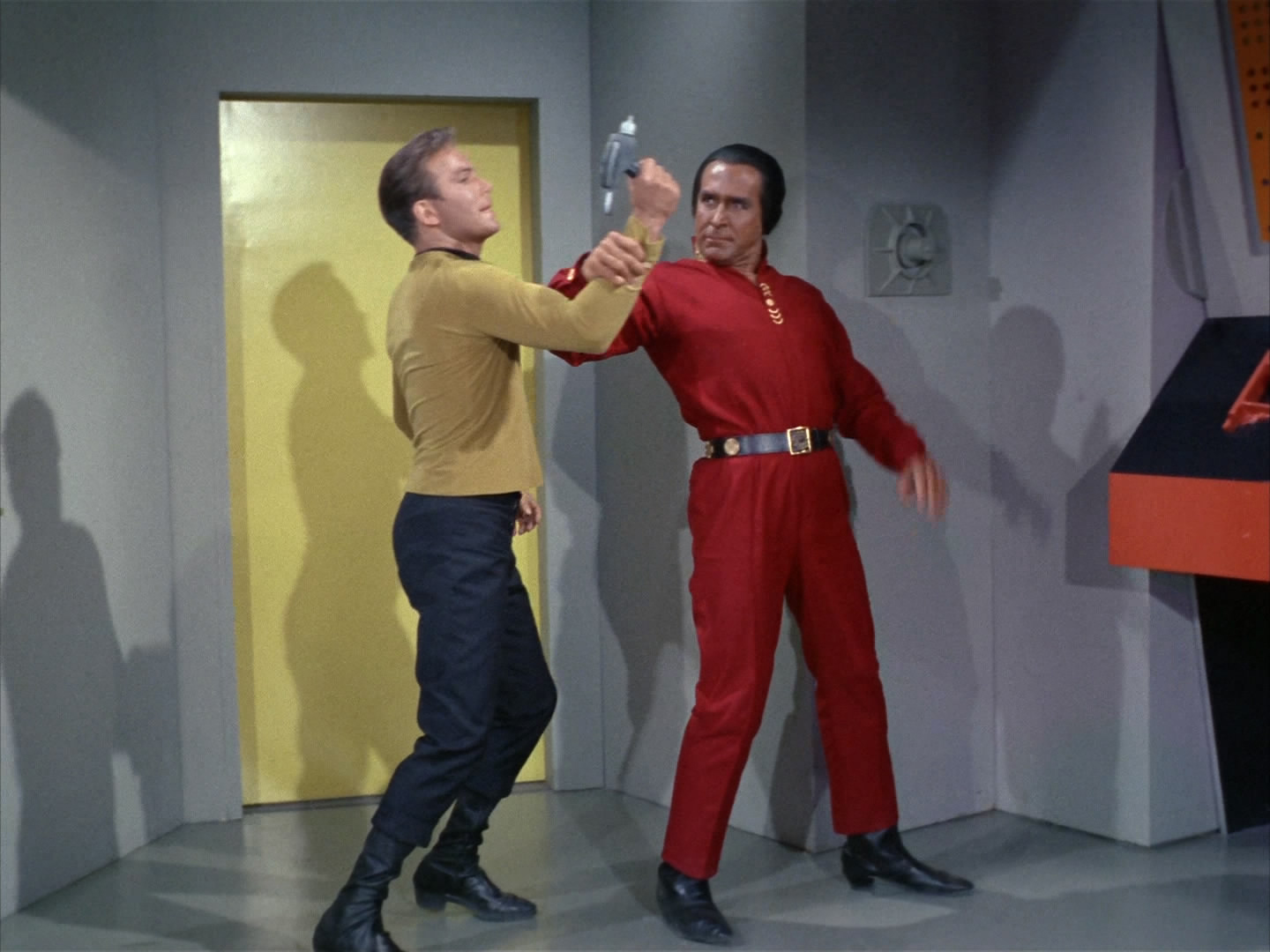 It’s also noteworthy that Khan isn’t a belligerent alien with a zippered rubber costume. He’s from Earth and his presence helps fill the gap between the 1960s and 2260s. We learn of a catastrophic Third World War that sounds as dystopian as the “current” Trek universe is utopian. And since we know humanity’s capacity for cruelty and evil, Khan becomes utterly terrifying before our eyes. 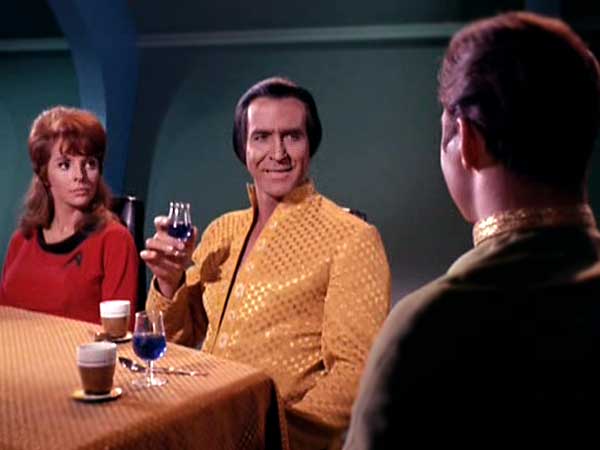 All of that makes Kirk’s decision to exile Khan rather than turn him over to the authorities so curious. Kirk’s fully aware of Khan’s capabilities and his inclinations, yet he essentially repeats the punishment of his ancestors. It’s no wonder Nicholas Meyer and Team Star Trek II saw such promise in Spock’s mildly disapproving comment, “It would be interesting, Captain, to return to that world in 100 years and learn what crop had sprung from the seed you planted today.”

Come to think of it, maybe if Spock knew what was coming 15 years later, he might have spoken up more vociferously.