Circuit boards and wires, as it turns out…

WHAT ARE LITTLE GIRLS MADE OF? 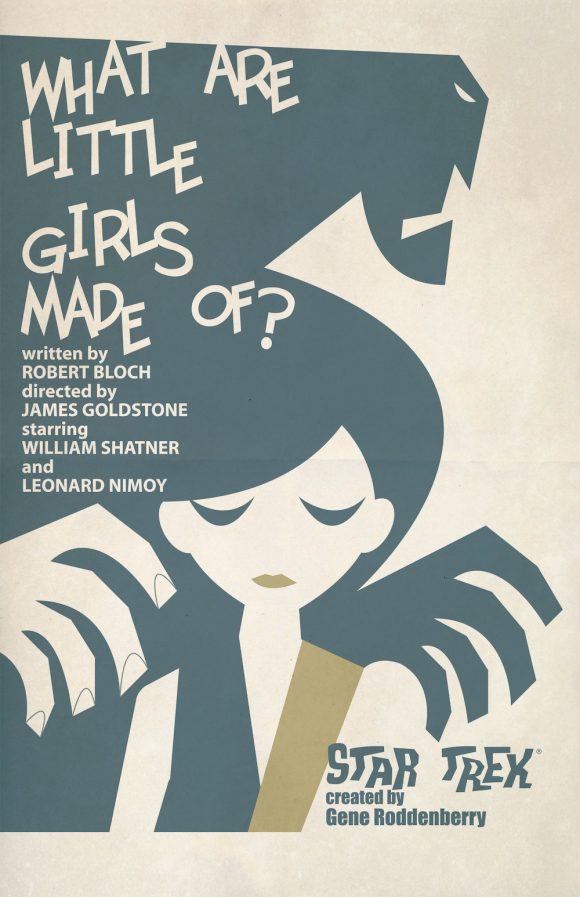 I am a sucker for stories that take place in subterranean tunnels and caves with scary giants and evil geniuses. And, hey, this episode has all three!

Dr. Roger Korby (Michael Strong) is so obviously creepy that you just know that some bad stuff is about to go down in short order. And I love Nurse Chapel’s immediate distaste for the obsequious — and distracting — Andrea (Sherry Jackson). 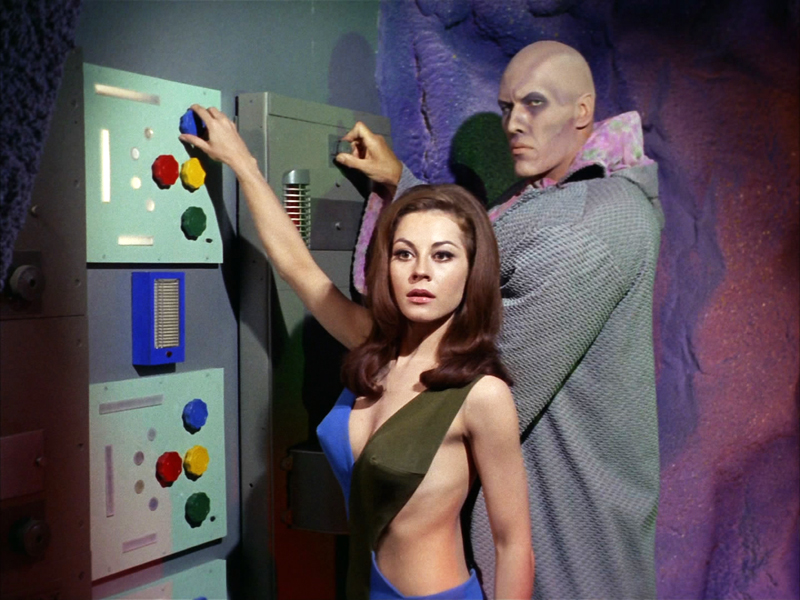 But the scene-stealer is Ted Cassidy’s Ruk, who seems bigger and more menacing than any other big and menacing Ted Cassidy character. His mere presence adds extra levels of terror to what’s an already unsettling episode. 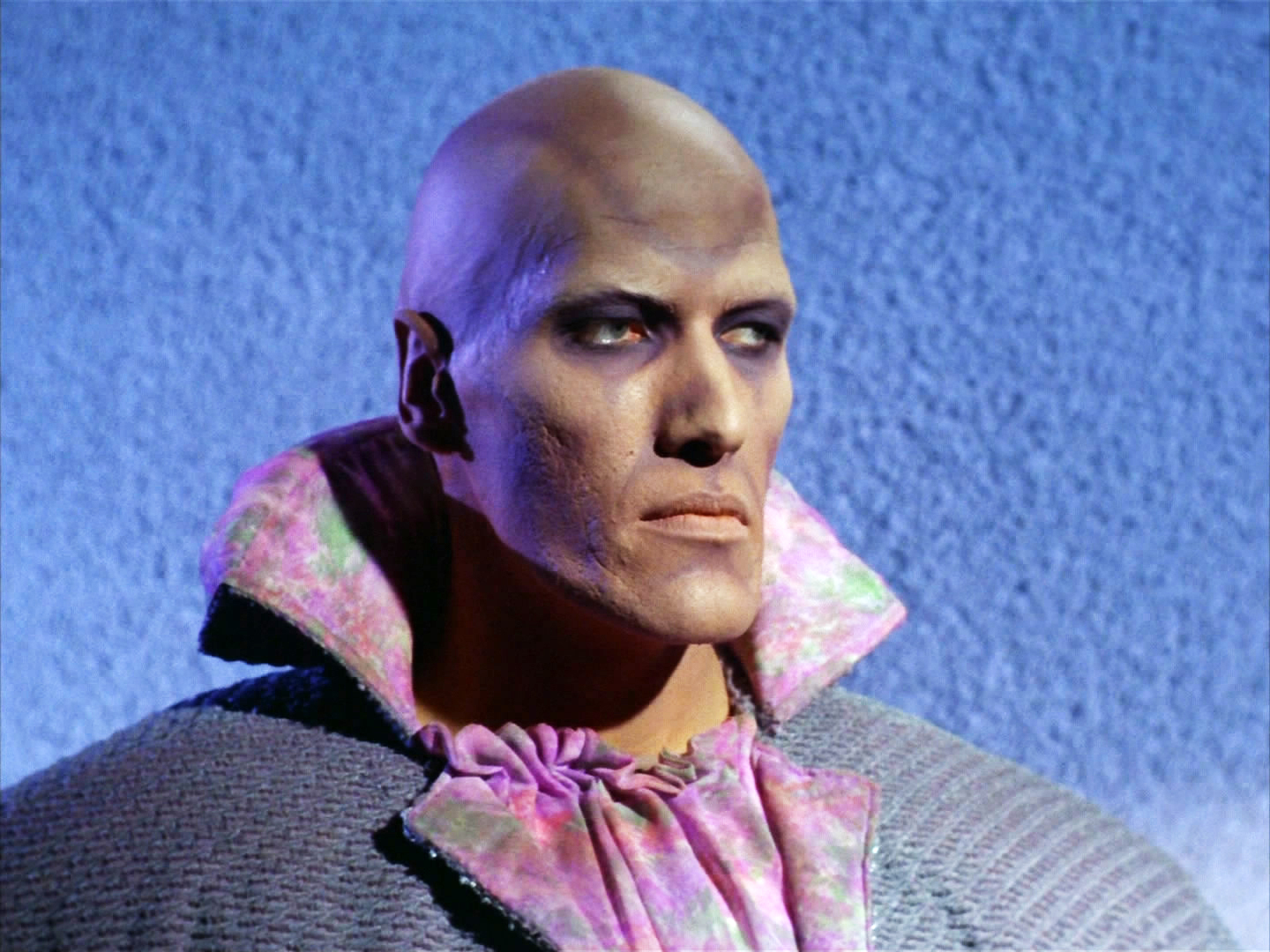 This Season 1 entry was also important in depicting fairly early on in the series’ run just how strong the Kirk-Spock team is: When Kirk “programs” his doppelganger to insult Spock in an especially ugly way, the first officer recognizes that his captain’s in trouble and goes into action. It’s the kind of shorthand that you see repeated often in the episodes (and movies) ahead. 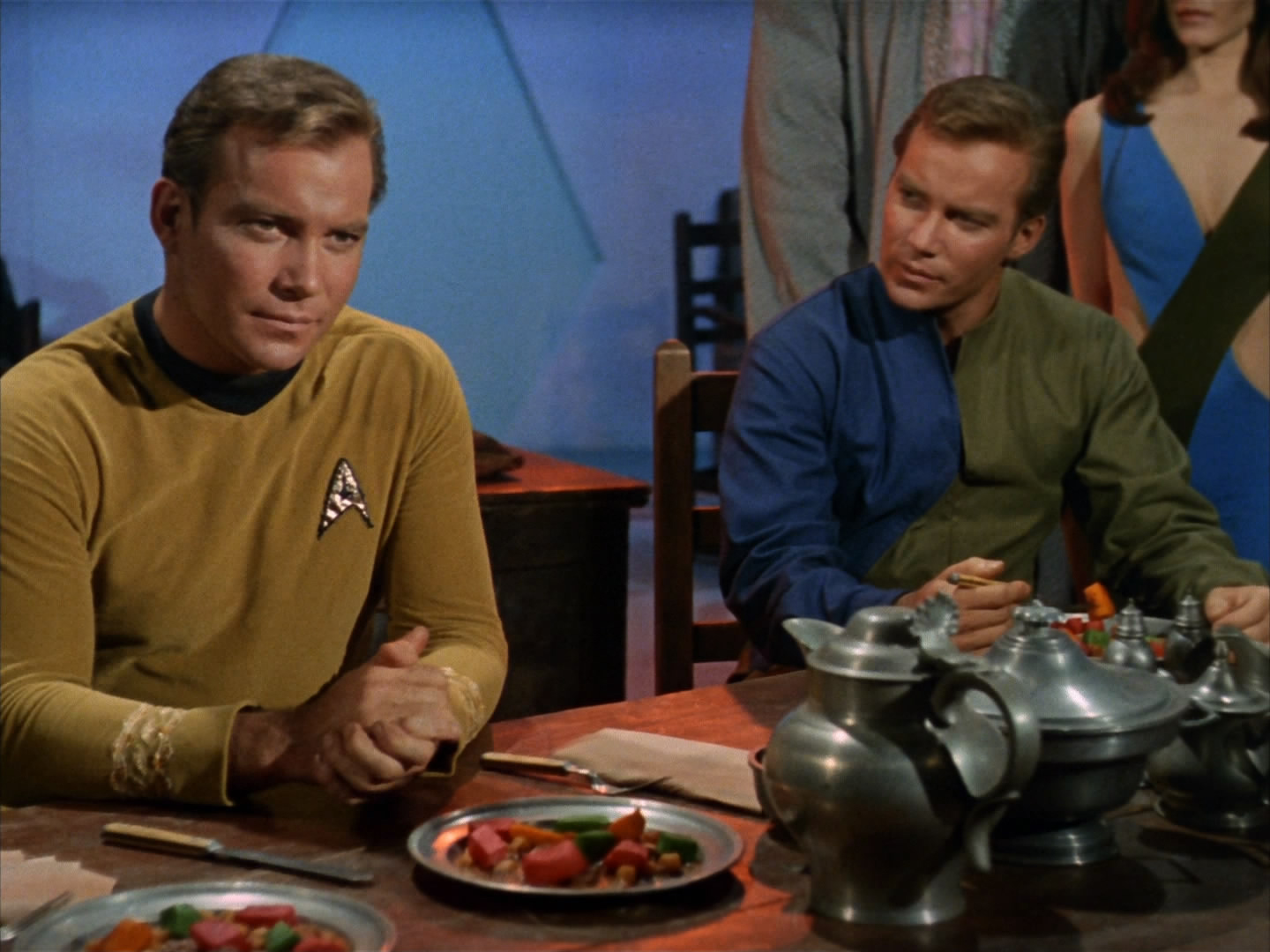