THE ROAD TO CATWOMAN: A JULIE NEWMAR Birthday Salute

Before she was the ultimate Feline Fatale, Julie Newmar — who’s turning 89 — wowed ’em on the boards and on the screen…

Born Julia Chalene Newmeyer on August 16, 1933, Julie Newmar was a prima ballerina with the Los Angeles Opera Company when she was still a teenager and quit college to become a choreographer with Universal Studios. She had a brief moment as a model in the musical number “The Girl Hunt Ballet” in the Fred Astaire MGM musical The Band Wagon (1953) and a more expansive part as a seductive dancer all in gold in “Serpent of the Nile” that same year for Columbia (she has uploaded a video of this section on YouTube and it is definitely worth seeing). 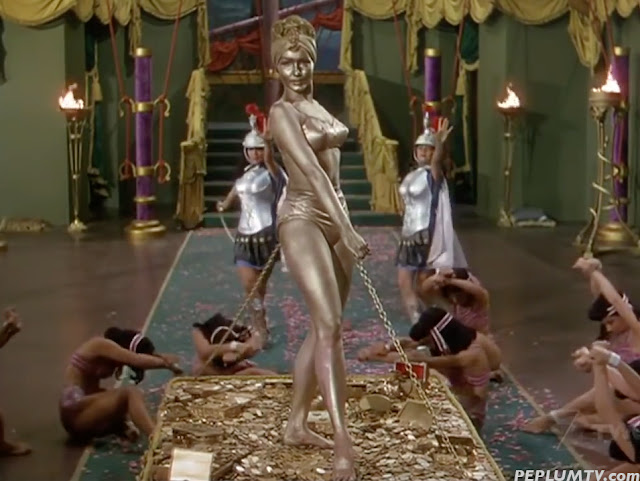 She was one of the Seven Brides for Seven Brothers in the classic MGM musical in 1954 and the following year was on Broadway in Silk Stockings.  Ms. Newmar made the cover of the prestigious Theatre Arts magazine for June 1956 while she was in The Ziegfeld Follies, which was on its way to Broadway.  However, it closed in Philadelphia on May 12, 1956, before reaching the Great White Way… but that turned out to be a good turn because a few months later she would be in the new Broadway musical Li’l Abner as Stupefyin’ Jones (a role she repeated in the movie). 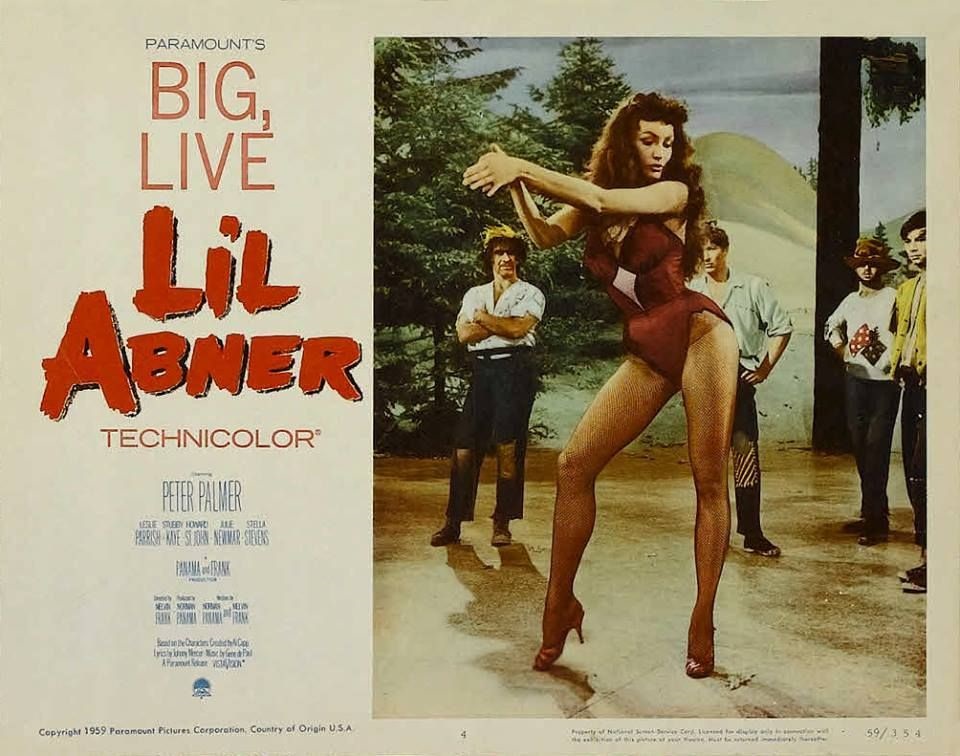 A few years later, in 1959, Newmar won the Tony Award for Best Featured Actress in a Play (The Marriage-Go-Round), and again she was carried over for the 1961 movie adaptation.

While in Hollywood, she made a number of TV appearances in the early Sixties and landed the part of Rhoda the robot in the series My Living Doll.  And, of course, then came Catwoman.  Though she played it for just six stories in the Batman series, she developed a following forever. 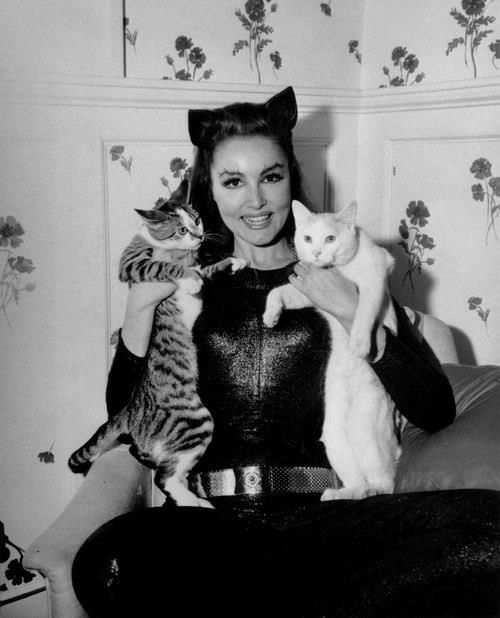 A fun publicity photo of Newmar as Catwoman

Like so many here, I watched the Batman TV series when it first aired in 1966, and the best thing about it was the actors playing the villains. And when it brought over Catwoman from the comics, I fell in love with Julie Newmar.  She got me through my adolescence.

After Batman, there were roles in numerous movies and TV series, and such is her cult status that her name was included in the film title, To Wong Foo, Thanks for Everything! Julie Newmar (1995). 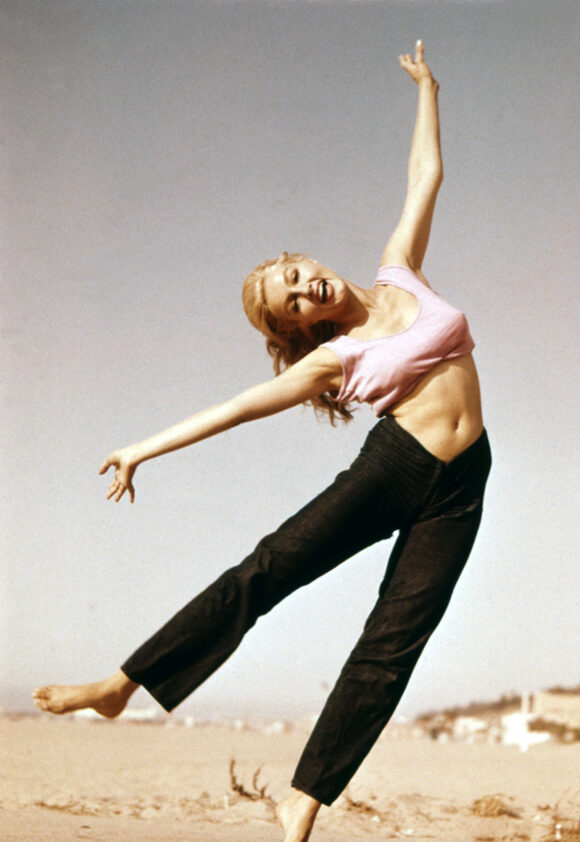 I finally had the chance to meet her in the late 1990s when she was doing a signing appearance in West Hollywood at the French Quarter Market Place on Sunset Boulevard.  The lineup of fans was long — and slow moving, which I found out was because she was not just signing a photo for fans but was also speaking with each person for several minutes.

When my turn came, I have no idea what I said to her, hopefully not gibberish because I was so in awe, but she was gracious and sweet and beautiful.

— Why THE PURR-FECT CRIME Is the Greatest BATMAN ’66 Episode Ever. Click here.