The New BATMAN’s Identity is Awesome and Ridiculous

SPOILERS: Don’t read this until you’ve read DC’s Free Comic Book Day title Divergence. Or if you don’t mind being spoiled, then read on!

“And I’d like to go on record as saying this is the dumbest idea in the history of Gotham City.”

You can say that again.

And I love it all the same.

That’s Jim Gordon talking above. Because he’s the new Batman. 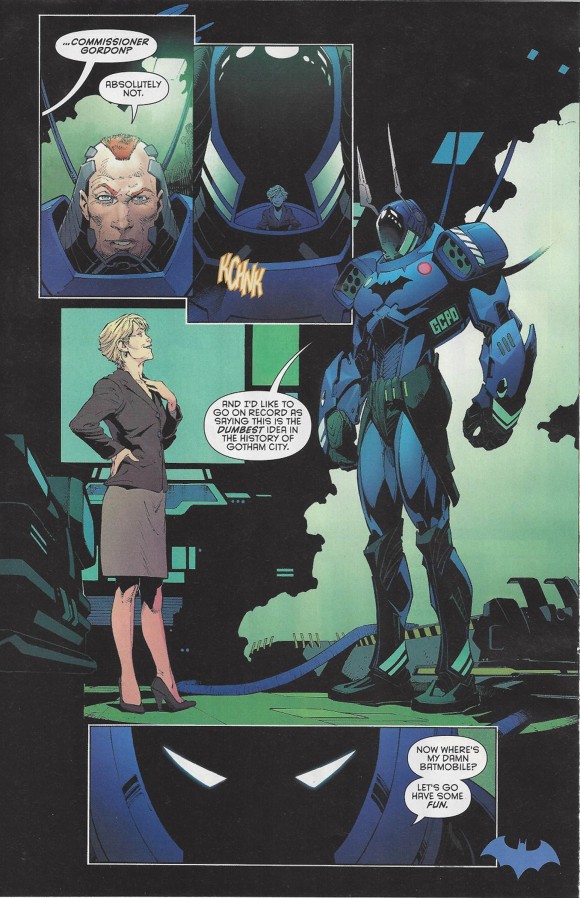 That’s some meta commentary there, Jim.

Until he’s not of course.

Now, here’s the deal: Bruce Wayne is “dead” once again and it’s time for someone else to take up the Bat-cause. Now this is hardly a new idea and frankly it comes way too soon after the last time Bruce died, about six years ago. 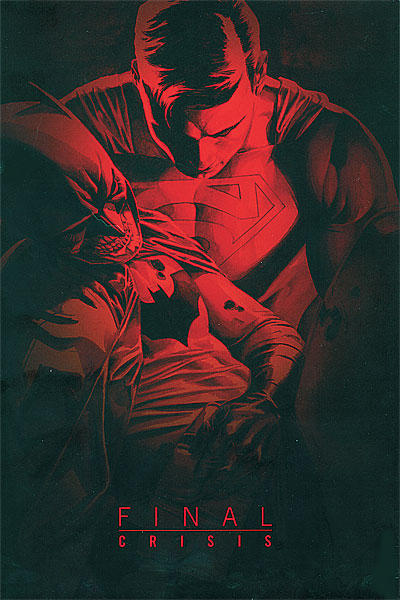 There is no such thing as “final” in comics.

But DC is pulling the stunt anyway.

Only this time, there really is a twist — because it’s not Dick or Jason or Tim or Damian or even Alfred inside that mecha Batsuit that looks like it was stolen from the set of Pacific Rim.

Nope. It’s Jim Gordon — and I tell you I didn’t see that coming. (This news leaked a couple weeks ago but I managed to avoid being spoiled.) 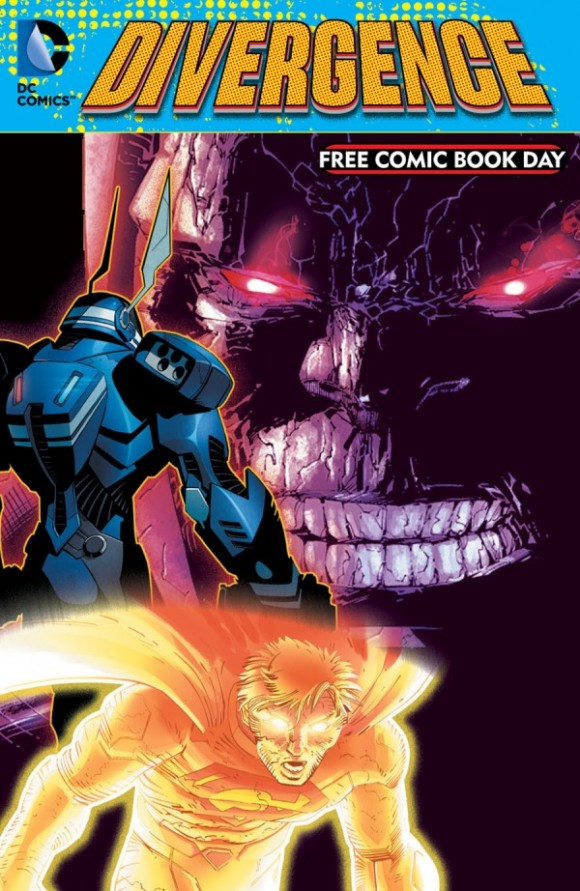 When DC let it be known that we were once again getting a new Batman, I figured it’d be a curve ball. But I figured it’d be someone like Harper Row or Julia Pennyworth — their gender wouldn’t matter inside that hulking rabbit suit. They could be Batman as easily as a guy.

But I never suspected Gordon. So kudos on that. 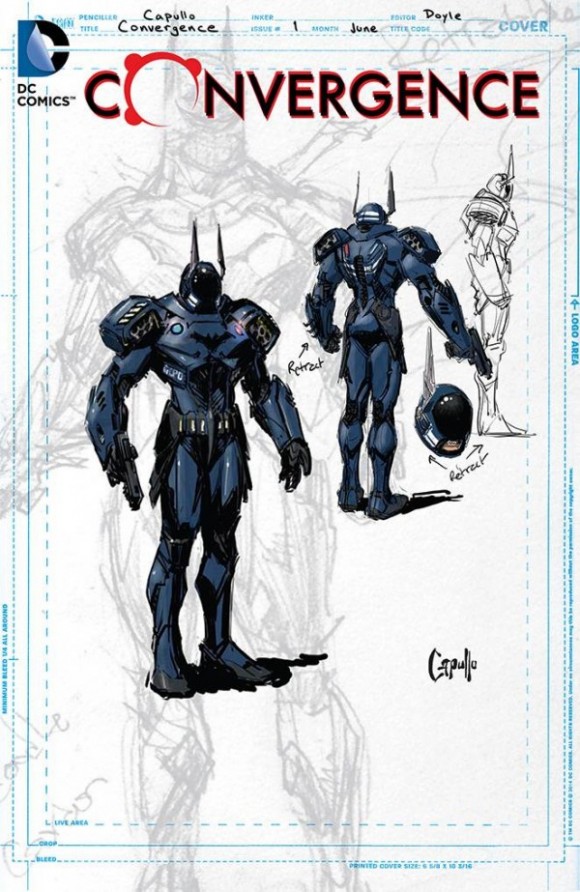 In a concept ripped right out of RoboCop, the suit is funded by a corporation — Powers International, best known, sort of, from Batman Beyond — that has taken over the defunct Wayne Enterprises. This will certainly not go well.

Anyway, it’s not like Gordon has never put on a Batsuit before.

I mean, check out World’s Finest #159 from (of course) 1966 — when Perry White and Gordon became the Anti-Superman and Anti-Batman and for some reason Perry‘s outfit was kind of badass but Jim‘s was green. 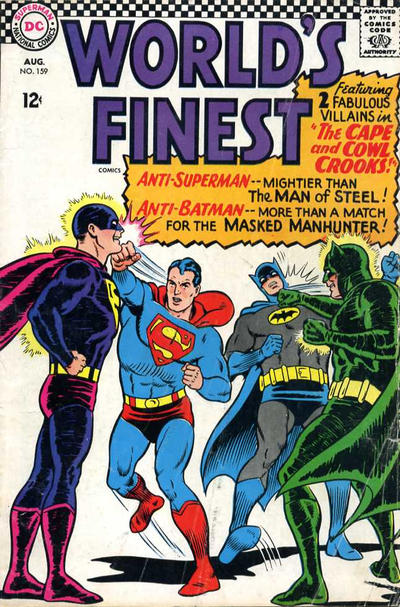 Hey, it was fun — which seems to be what Snyder, Capullo and DC have up their sleeves come July when Batman #41 hits the shelves.

“Now where’s my damn Batmobile?” Gordon says at the end of the short story “The Rookie” in Divergence. “Let’s go have some fun.” 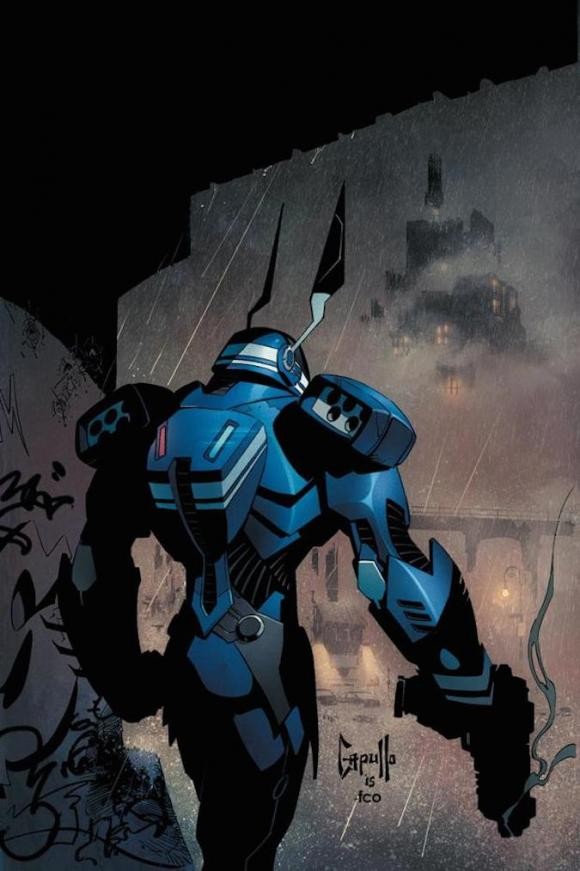