The Mystique of MICHAEL GOLDEN’s MAN-BAT

A short-lived — but memorable — pairing of artist and character…

Remember when Man-Bat was a private eye? I do. And I loved it.

Today, most readers think of Kirk Langstrom’s alter ego pretty much as he was originally developed by Neal Adams and Frank Robbins in 1970 — as an out-of-control monster who bedevils Batman.

But there was this short, entertaining period in the late ’70s — in the waning issues of the always awesome Batman Family — where, thanks to writer Bob Rozakis, Man-Bat was recast as a financially struggling crimefighter/private detective whose best buddy was Jason Bard and who, along with his wife Francine, was adjusting to life as a new parent.

It looked great too. Check out a few of the artists who worked on the feature: Marshall Rogers, Don Newton and Michael Golden.

Not that you need proof, but dig this spread by Golden, inked by Josef Rubinstein, from Batman Family #20: 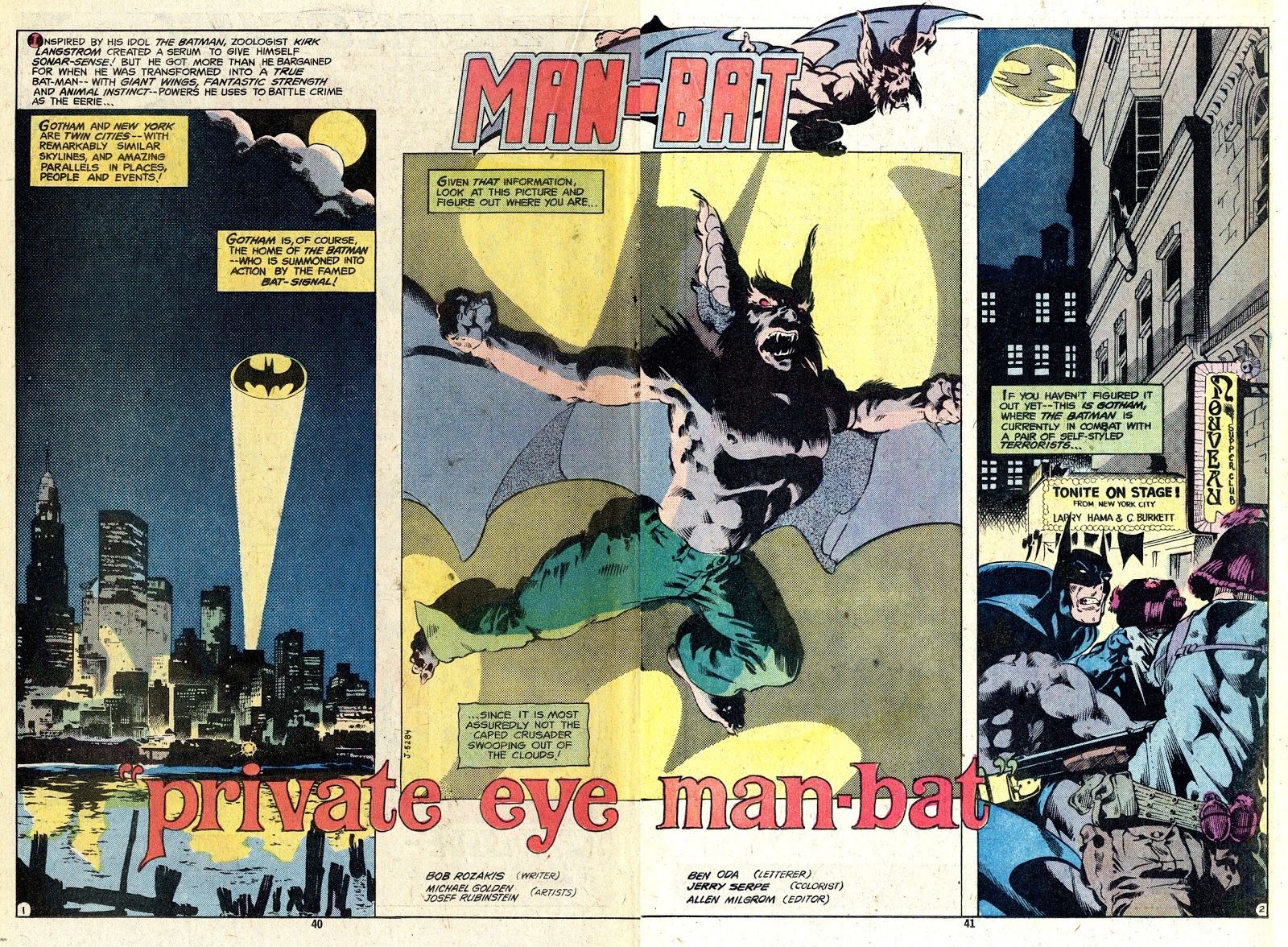 As it turns out, Michael Eury, the editor of Back Issue magazine, is a huge fan of Golden’s Man-Bat and he has a fun story to tell in the upcoming Issue #116 — the “Superheroes vs. Monsters” edition. (Halloween’s next month, yo.): 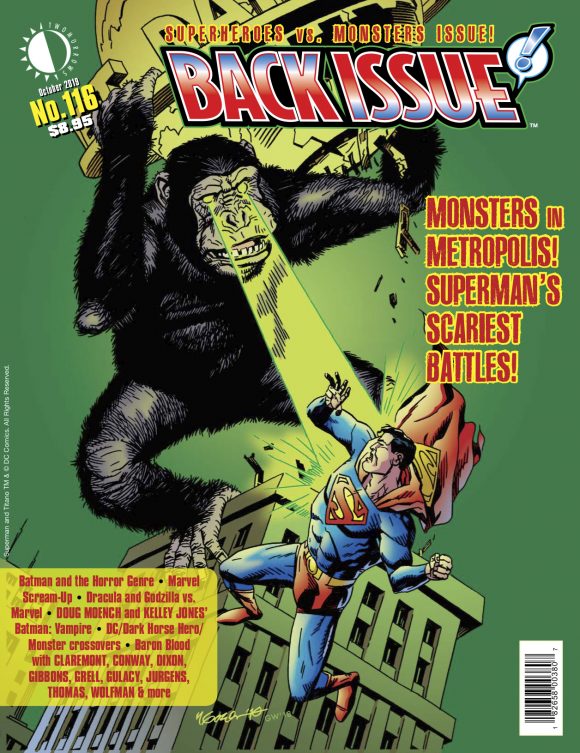 Now, we routinely run EXCLUSIVE EXCERPTS from Back Issue, and this one had lots of material to choose from.

Take a peek at the table of contents: 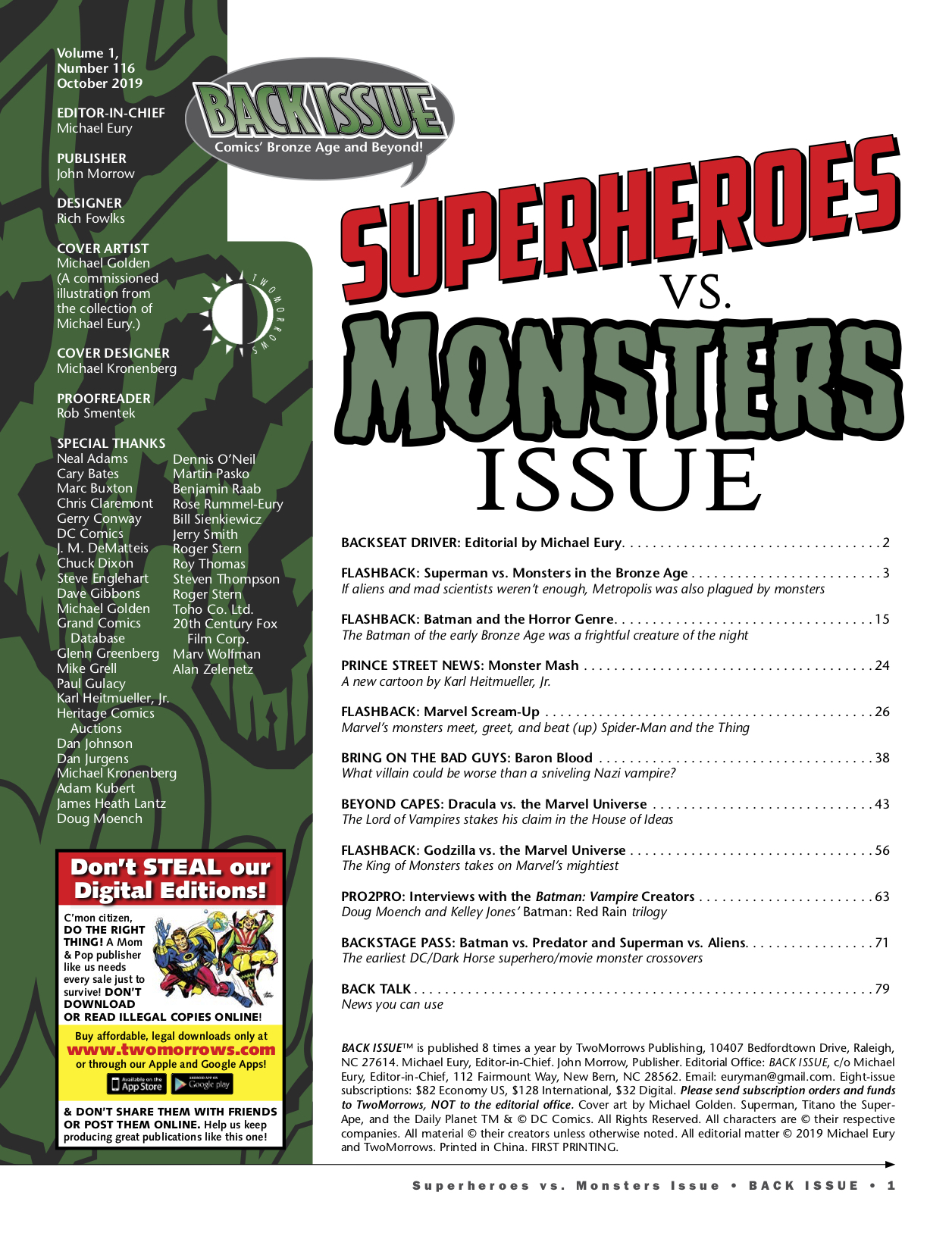 But as I scanned through the issue, I kept coming back to Eury’s opening column, which featured this fantastic image of Man-Bat by Golden, originally published in one of the later versions of Who’s Who: 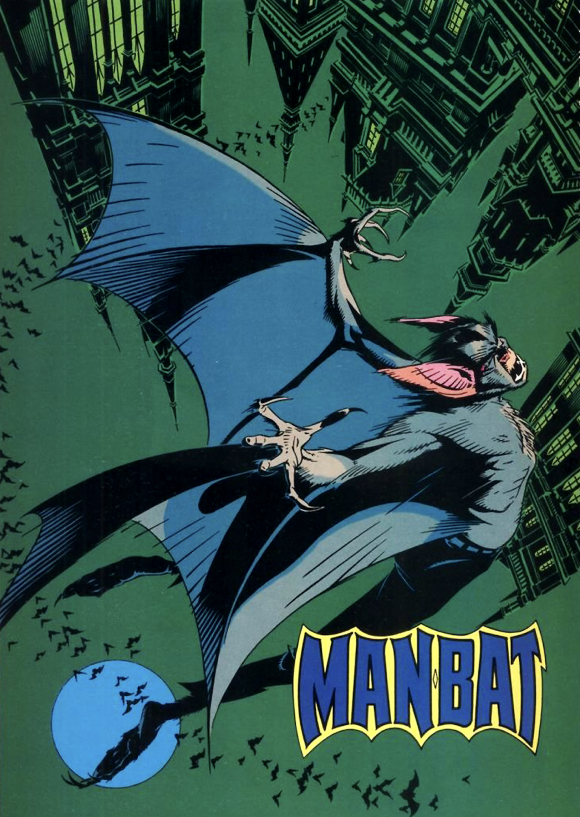 It brought back such good memories of those Batman Family days, that I decided to present to you Eury’s piece as this issue’s 13th Dimension excerpt.

So check it out — and make sure you check out the full issue when it’s released Sept. 25. (You can get it at your local comics shop or directly through TwoMorrows. Click here.) 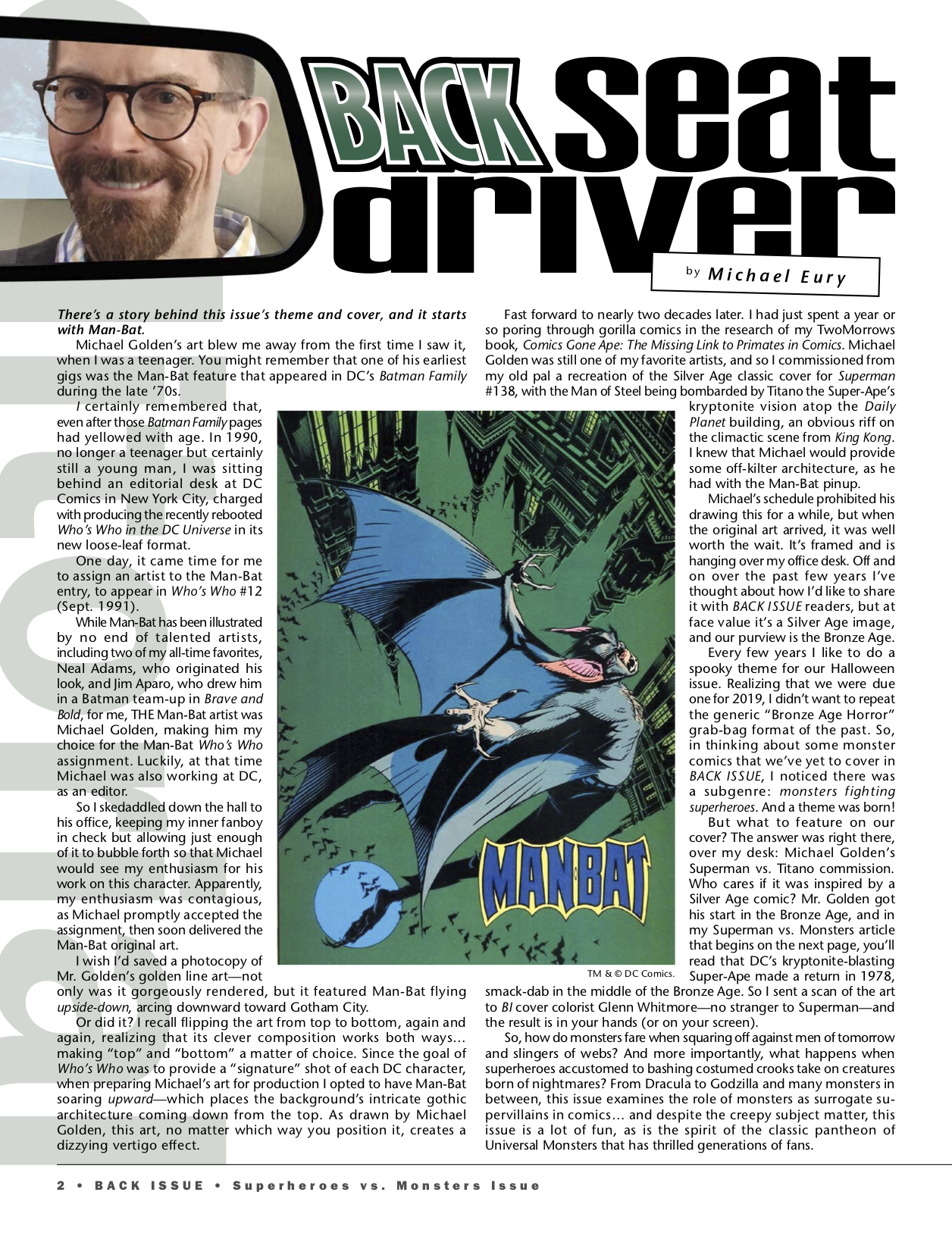