In November, Ben and Valiant Comics released a new type of digital comic combining the best parts of digital native storytelling with 8-bit video games of our youth. I quite literally bought an iPad days later. Here at the Mighty Q &A, Ben tells us about Valiant 8-Bit Adventure: Unity. 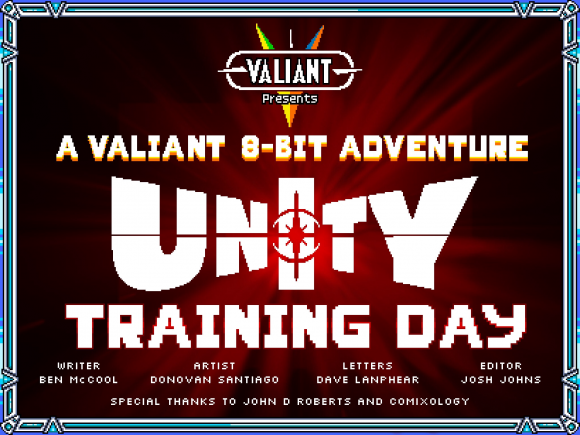 Thanks for joining us, Ben! Writing Valiant 8-Bit Adventure, a prelude to Unity, must have been different for you. Did you work with the artist Donovan Santiago on the pacing and animations?

My pleasure, good sir! And for sure, the Valiant 8-bit Adventure was a break from the norm for me. In the best possible sense, though! It’s also the first project I’ve written for Valiant, and it appeared to go down very well with fans.

Donovan Santiago was brilliant to work with — the guy’s skills are off the charts, especially as he’s producing such unique and imaginative art. My script was put together in a format I’d never really used before, mainly due to the “motion” effects that incorporate two, three, sometimes even four different images within a single (oversized) panel. And Donovan was certainly a big help in me figuring that out, along with our top-notch editor, Josh Johns. But once I’d got the hang of it the transition was pretty straightforward, not least because the story was so much fun! 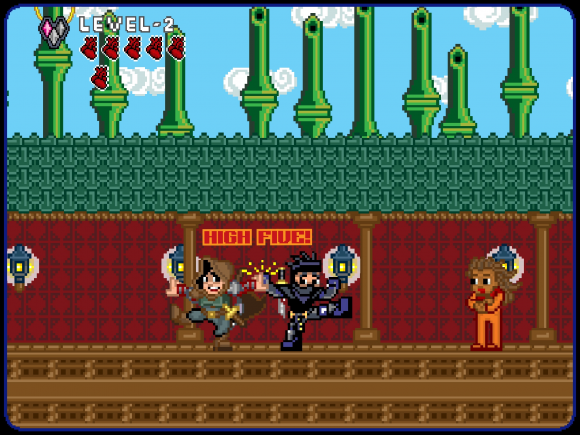 Instead of Marvel Style, is this 8-Bit Style?

It certainly is! I must be honest, I was a little surprised by Valiant’s initial offer of scripting an 8-bit story; I knew they’d produced a number of (super cool) 8-bit variant covers for their books, but I didn’t expect them to be quite so bold as to create an entire comic using these kooky graphics. I needn’t have worried! It worked splendidly, with Donovan, Josh and the ComiXology crew all putting in plenty of hard work to get it absolutely right. 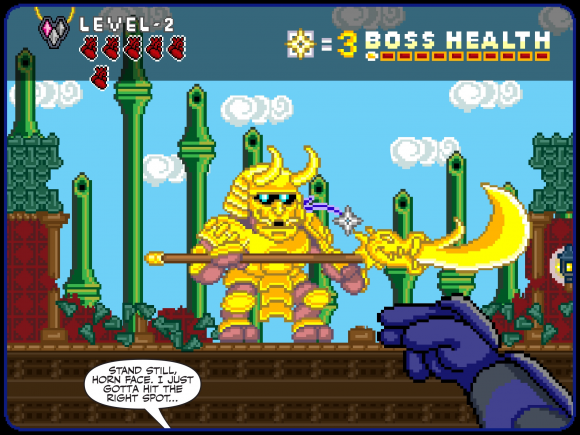 Did you need to cram in all of the recent Valiant books or were you familiar with Livewire, Ninjak and Eternal Warrior enough to prepare them for simulated battle?

I’ve been reading a large chunk of Valiant’s output since the relaunch, especially as so many of my pals are working with them, hah! But the quality in general is extremely high, and I’ve enjoyed the stories tremendously. So with my reading experience I knew a decent bit about the three main characters, even if my knowledge wasn’t quite to the lofty standards of Valiant’s editorial team (some very smart blokes in that office, lemme tell ya).

Even though my little fable is technically removed from the Valiant universe’s continuity, I figured it’d be kinda cool to tie it in to the big Unity event (which as I’m sure you’ll agree is one heck of a story). It worked out fortuitously as we went live on ComiXology the same week as Unity #1!

And being an old-school gamer, I felt confident roping in a different ’80s video-game influence to each character’s own battle sequence, from Zelda to Shinobi, and finally to Mega Man!

What was the first video game you ‘beat’? Was the system NES? Mine was Tyson’s Punch Out followed by Ninja Gaiden!

Blimey, that’s a good question. I wanna say … the original Super Mario Bros.? Predictable, sure, but I’m almost certain that was the first game I completed. I got my NES when I was around 7 and that’s the game I initially played to absolute death. I owned an Atari 2600 before that (WAY back in the day…) but it wasn’t until I upgraded to Nintendo’s console that I really got into video games. I also recall many, many hours spent playing the original Teenage Mutant Ninja Turtles game on my NES, too.

Oh, flashbacks of a misspent youth… 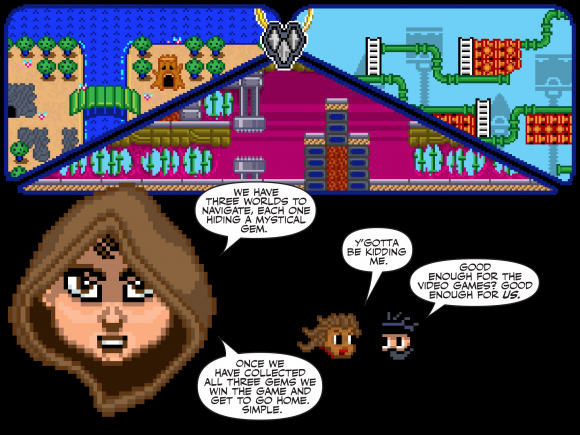 This is one of my favorite stories of the year — and its not even in a printed book! Are you interested in writing more digital comics like this? I’m excited about how it pushed the envelope of a reading experience.

Cheers, man! Much appreciated. And for sure, I’d love to get stuck into more digital comics. I had a ton of fun writing this one, working with Donovan, Valiant and ComiXology, and the opportunity to do more sounds very exciting indeed.

What’s up next for you, Ben? Any awesome projects you care to tell us about? The last time I asked you, all I got in response was a sinister laugh.

Next year is going to be a big one for me, particularly in terms of comics! I haven’t worked on as many as I would’ve liked during 2013, mainly due to commitments in other mediums (including video games, funnily enough). But I love comics, I was really starting to miss working on ’em, and I can’t wait to get back involved in a major way. Once more, I must be a terrible tease and leave the details of my new projects ambiguous for now, but announcements will start early in 2014. I’ll be sure to keep you posted!