The Lull, by JAI NITZ

Home » The Lull, by JAI NITZ

Writer Jai Nitz, recently of the really cool creator-owned Dream Thief from Dark Horse, steps into the 13th Dimension to write about something all freelancers face … Take it away, Jai! The floor is yours:

All my life I’ve heard people say the phrase “I wish they’d taught that in school.”  That being a useful tip or trick to avoid a pothole that just about everyone runs into in life.  Now I teach college kids about comic books and film at the University of Kansas. So I teach them the kinds of things I wish someone had taught me. I get the double-bonus of talking all day about comics and movies and feeling like I make a difference in the lives of people who want to be professional storytellers. One thing no one teaches you is how to manage your career once you’ve become a pro and how the five inches of space between your ears can be your worst enemy. One of my colleagues said our purpose was to “demystify” the jobs students covet. I love that.  So I’m here to demystify one of the most crippling career hurdles that no one ever talks about: The Lull. 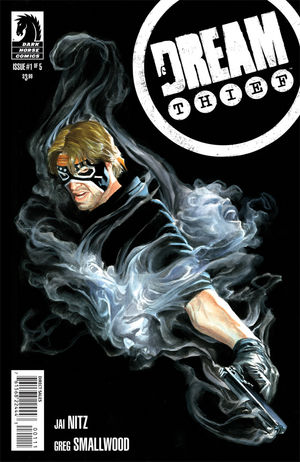 Before we talk about The Lull, let’s talk about the system that exists for comic creators. The most common way to start a career is with a mini-series (we’ll call it five issues, just like my recent Dark Horse book Dream Thief, natch). Comic creators create a comic, right? Right. Publishers publish that comic, or creators self-publish it. Either way, it gets published. But first, it goes in the Diamond Comic Distributors catalog, Previews. Previews is the one-stop shopping catalog for pretty much every comic book retailer and fan in the English-speaking world. Two or three months before your comic comes out it appears in Previews. That appearance in Previews is the first bit of legitimacy for your comic. You can talk about an unpublished project all you want, but once it’s in Previews it’s real.

So you get your book in Previews. It’s now real. Congratulations, you have a career as a comic creator. The good news? It’ll be in Previews for FIVE MONTHS STRAIGHT!  That comic you’ve been working on forever is finally real and people are talking about it. Then, in the middle of your Previews run, your first issue comes out. You’ve got a book on the stands, you’re getting reviews on web sites, your book is still in Previews for the rest of the mini-series, you’re done creating the last issue and you start your next project, you’re going great guns. Then the book isn’t in Previews anymore. Uh oh. But your book is still coming out, so you still have a career. Then the final issue of your mini comes out, you stick the landing, and you’re working on your next project.  But you aren’t in Previews, you don’t have a new book on the stands, and your career is over. 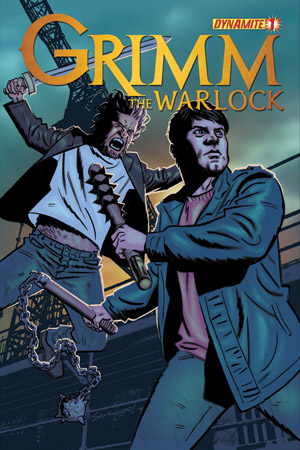 Nitz’s next book, from Dynamite. Comes out in December.

Your career isn’t really over, but it really feels like it. You’re experiencing The Lull. The Lull is that period of time when you don’t have any product in Previews and you don’t have anything new headed toward comic shops. You’re working on whatever unannounced project you have in the hopper, but you don’t have a presence on the stands or on the Internet or in the hearts and minds of fans and editors. You’re invisible. You’re dead and buried. No one tells you how to deal with this sense of dread. It’s so crippling because YOU KNOW. You know that talk is cheap and that you can talk about an unpublished project until you’re blue in the face, but it doesn’t make it real. Previews makes it real. The book showing up on the stands makes it real. You know because you’ve been there and gone through the process before. You know because you read Previews and you go to the shops and you know that Creator X has this book or that book coming out and you have NOTHING.  You compare yourself to every strata of creator: the people you idolize, the people you see as peers on your level, and the people coming up behind you. You compare your Lull to each of them. “My idols seem to always have life-changing works of art on the stands.”  “That guy who started at the same time as me has another book out!” “Who is this new girl? She’s talented and amazing and I’m a hack.” You beat yourself up over their careers because you aren’t paying attention to their Lulls, just your own. And when you’re in it you feel like the Ancient Mariner in the doldrums dying of thirst.

No one ever teaches you about The Lull. Now you know about it, so how do you fight it? You don’t. You embrace it. Wait, what? That’s right, you embrace the idea that you don’t have something new coming out every single month. You recognize that even those who love you most get tired of you from time to time. Why wouldn’t fans need a break from you? You knock out the cobwebs and let the readers do the same. You let them forget about you for just a moment so you can come back and dazzle them the way you’ve always longed to spellbind a reader. You give them your best shot of 22 pages for $3.99 and knock their socks off. You let them forget because reminding them is so sweet. You embrace those moments of quiet before you bring the pick down on your guitar strings and blow your amps into the fourth row. In short, you use The Lull to be more creative than you were before. You make The Lull into the thing that serves you best; it either becomes a much-needed rest, or a chip on your shoulder. It recharges your batteries or fuels your inner fire.

So you’ve learned to use a mental pothole to your advantage. 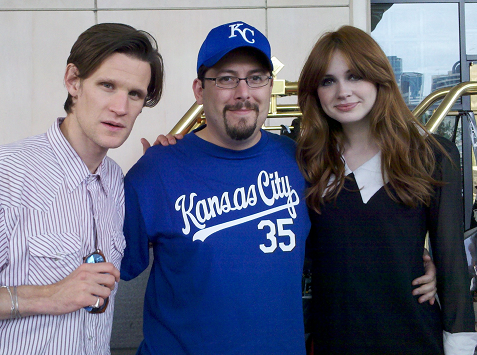 Jai, I don’t know those has-beens with you. But I can tell you that George Brett used too much pine tar.

Jai Nitz has written for Marvel, DC, Dark Horse, Image, you name it. He graduated from the University of Kansas in 1998 with a degree in film studies. I like him because that makes him a Jayhawk. Also, ask him how his first name is pronounced, because it’s not “Jay.” He’s wrapping up Green Hornet: Legacy for Dynamite. And hey, check it out: Jai and another 13th Dimension vet, Jim Zub, chat that book up over at Comics Beat. He’s also writing Grimm: The Warlock for Dynamite. The first issue is out in December. He’s got plenty of other work in the pipeline too. He’s beating The Lull! Or is he …