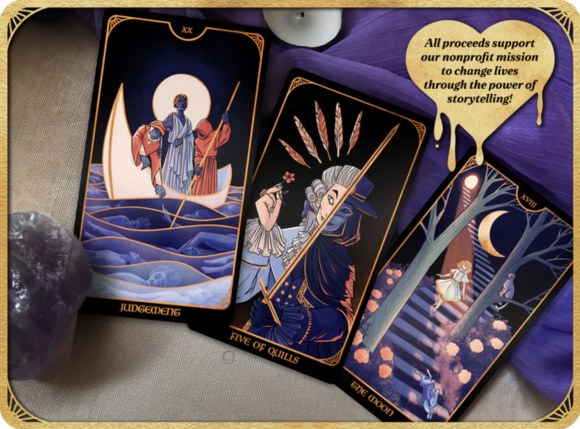 I’ve long been fascinated by tarot card reading so I was more than intrigued when I heard about The Literary Tarot — an endeavor coordinated by the nonprofit Brink Literacy Project and funded through Kickstarter that pairs writers and artists with classic literature and tarot concepts and interpretations.

Each deck comes with a mini-guidebook that includes the meaning of each card, written through the lens of its literary pairing by the contributing writer. 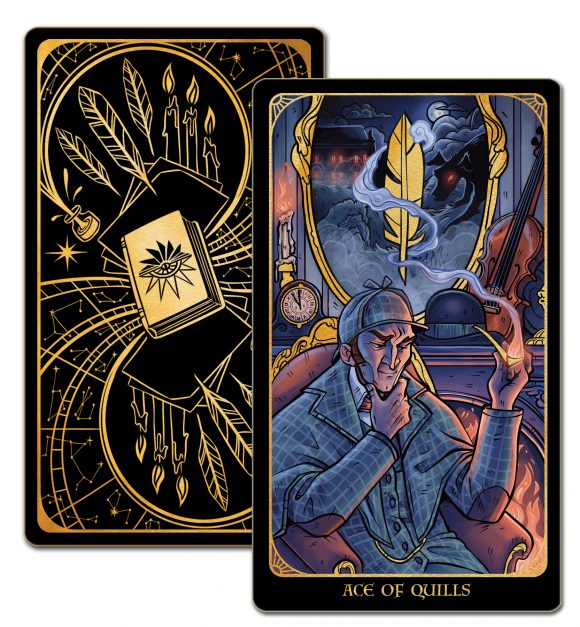 On Tuesday, Brink announced a new wave of contributors, including:

And here are some of the original pairings in the project: 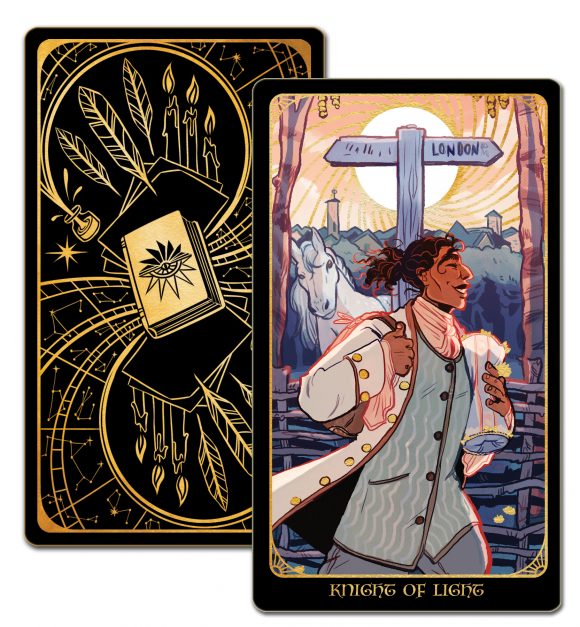 The Literary Tarot deck will feature the complete set of all 78 tarot cards. Artists include Samantha Dow, Shan Bennion, Ejiwa “Edge” Ebenebe, Isabel Burke and Bradley Clayton. (* For the minor arcana, each suit is renamed to reflect the literary tools that brought them to life: Ink, Quills, Light and Parchment.)

The campaign will run throughout June. For more info, check out the Kickstarter — which has already raised more than a mind-boggling $550,000.