The KELLEY JONES INTERVIEWS: From Page to Gallery Edition

The maestro of mood discusses how his classic work ended up in the Gallery format.

In the finale, we discuss how some of his greatest Batwork became the first collection in Graphitti’s new Gallery series, which is similar to IDW’s pioneering Artist’s Edition format: 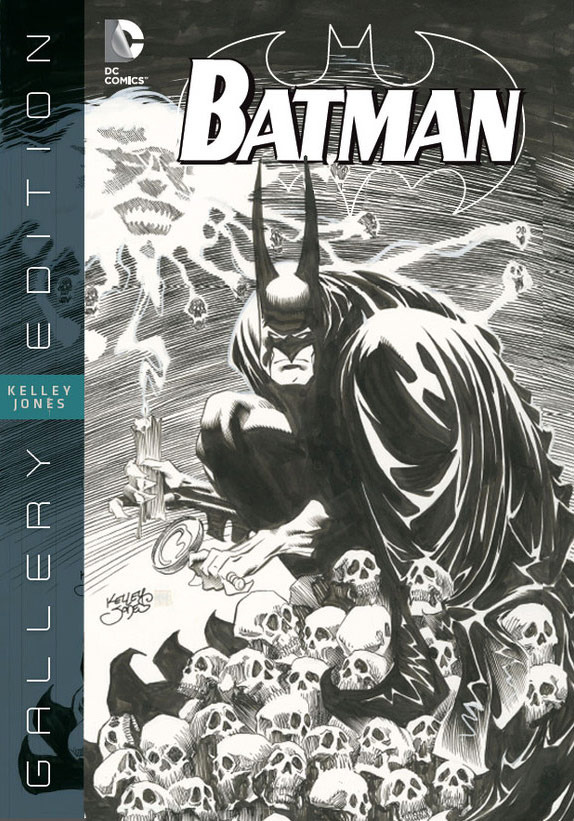 Dan Greenfield: So tell me about the gallery edition. Tell me how you were approached to do it. I know IDW has been doing these Artist Editions but they’ve mostly been Marvel properties, not as many DC books.

Kelley Jones: Well, they’re hard to do because you’ve gotta have the original art or at least like 75 percent of the original art or there’s no real point to doing it. That’s really hard to get, you know? Yes, you can get various things but unless you have a Jack Kirby, or someone where you know where all the pages are. …

And then, it’s gotta be something that is deemed interesting! Actually, what happened was I got contacted by Neil Gaiman and Neil had said, “These people at Graphitti are looking for you.” I have no presence anywhere and they didn’t know how to get a hold of me. I don’t do shows and all that kind of stuff ’cause I’ve got two kids. 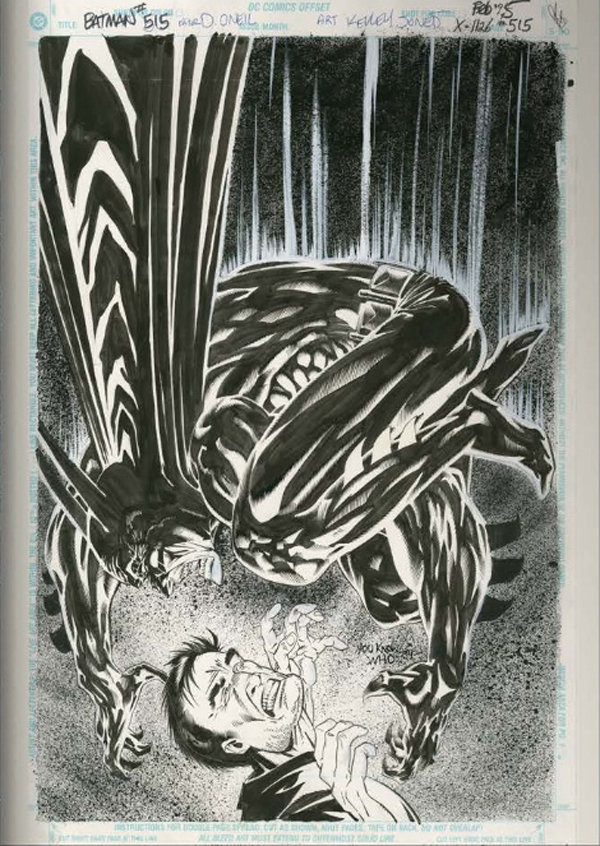 So he said, is it OK if I pass this stuff along because they’re interested in doing a project with you. I said sure. Next day they get a hold of me and they said, in going through all this stuff — they didn’t know me from Adam — in going through all this stuff, those three years on Batman really stood out to them as something very interesting from the past 25-30 years and would I be interested in participating in this?

They didn’t know I had all of my art! They had no clue. None whatsoever. They just said they liked it. Would I be interested in helping them. I said, “OK. That sounds great.” They told me they wanted to do something kind of different and they said, “OK, would you know where we could begin looking for some of this artwork?” (Dan laughs) “It’s gonna depend on if we can find it!”

And I said, “I don’t know where the inkers’ allotment is but I have all of mine.” Two or three days they drove up. They’re in Southern California. They said, “Bring 30 or 40 pages.” We went to a restaurant downtown and about five or six pages in, Bob Chapman—who wasn’t saying anything—he goes, “We’re gonna do this.” 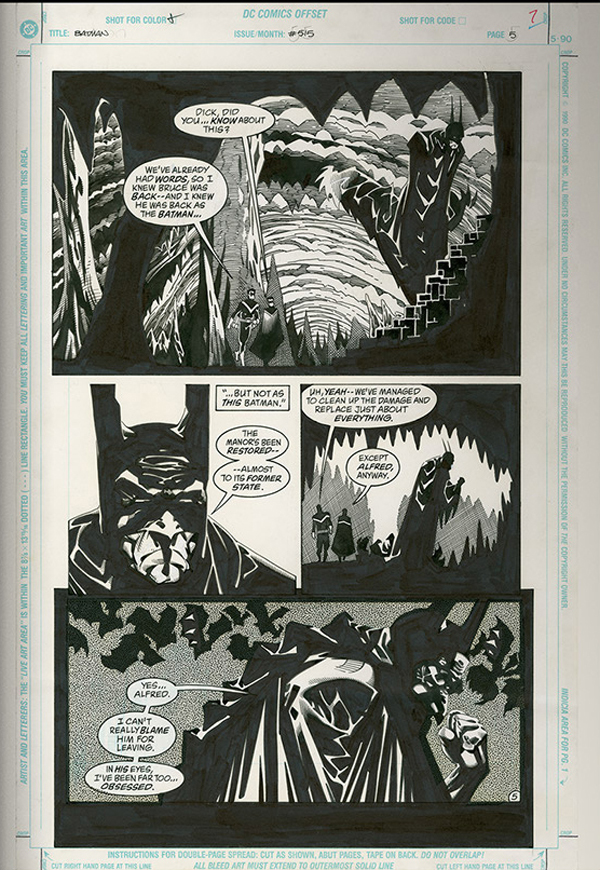 It was however many pages it is and he came up. He took ’em and he went and produced this fabulous book! I had very little to do with it other than that I would find what I could and send it to him or gave him phone numbers of people. But I was stunned when they showed me a finished copy of it. The best thing that can happen to someone who does what I do is that.

It’s better than anything I can think of. It’s really the reason we do it. It was just pure comics and it was right there. 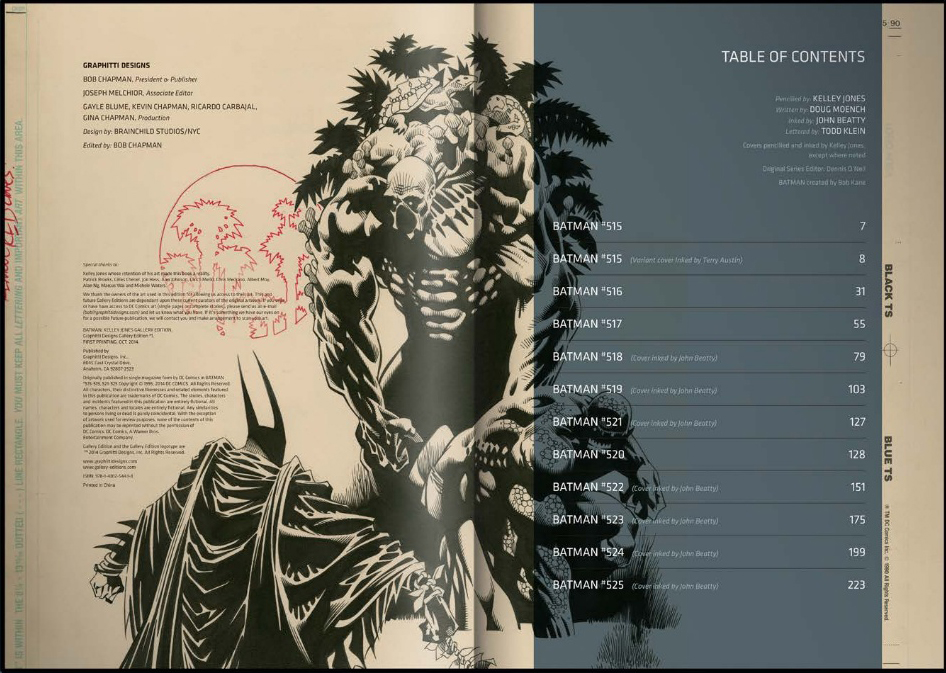 Dan: And DC signed off on it or how did their…?

Kelley: Yeah, DC was fine with it, They had no problem with it. They actually became very, very big supporters of it. They let Graphitti do their thing and kind of piggybacked with them.

So it all fit. I’m very flattered. I’m just sittin’ here hearing it, you know? “It’s an important series of books. We want it to be our launch. Blah-blah-blah.” And I’m just sitting there going, “Really!?” That’s never… and I go back to that kid who was talking to Marshall Rogers, you know?

So absolutely. It was the thing we all, in this industry… I didn’t even know I wanted that. Getting your stuff reprinted is something, but to have it presented like that! Like it’s something important!

Man, it was… I got copies for each of my kids and one day, when they get older and give a crap, (laughs) maybe they’ll understand what the old man did! 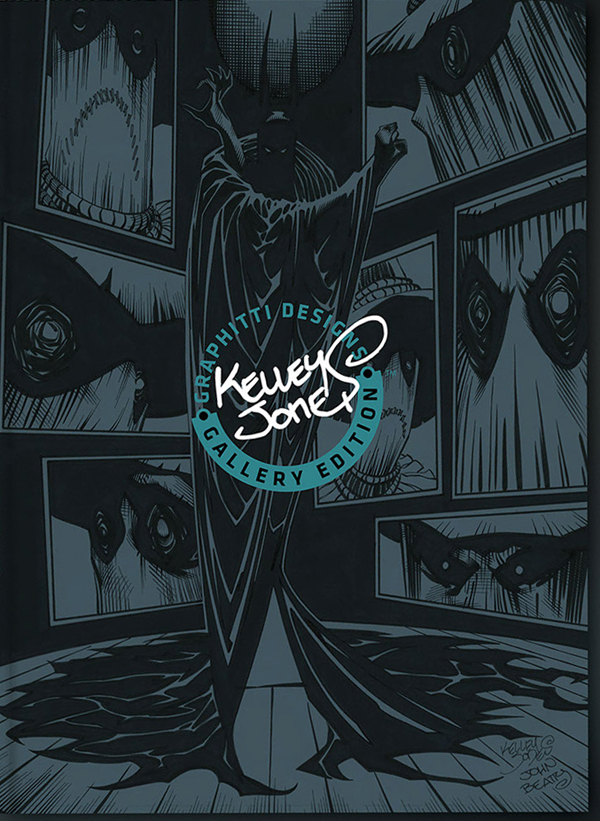