The Hilariously Unsettling World of NIGHTMARE the RAT

Home » The Hilariously Unsettling World of NIGHTMARE the RAT

Rafer Roberts talks about the misadventures of the disgusting rodent and his Kickstarter in this rigorous MIGHTY Q&A. PLUS! EXCLUSIVE art! Hooray! 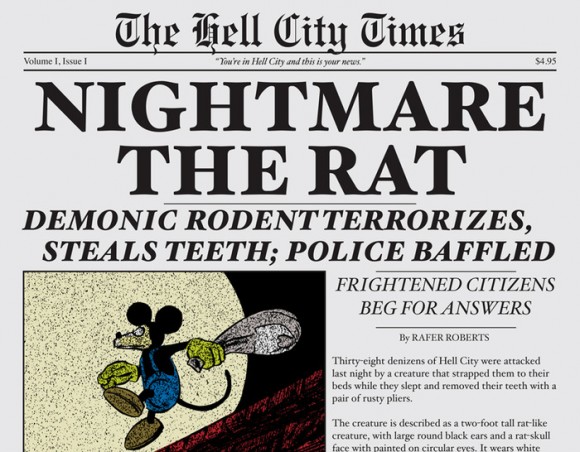 Not exclusive, but awesome!

Dan Greenfield: What’s the Secret Origin of Nightmare the Rat, the project?

Rafer Roberts: I started making Nightmare the Rat comics in 2010 for the DC Conspiracy’s comic newspaper Magic Bullet. Folks seemed to dig it and started asking when I would have Nightmare the Rat stuff for sale. Due to the full tabloid newspaper format, I put off trying to do any sort of collected edition until I had enough strips where I felt that a collection would be justified. Earlier this year, after putting the comic online, I realized that time had come.

This project is designed not only to get this first collection out, but also to create some cool side merchandise (stickers, prints, etc.) that people have been asking me to make. Reaction to the campaign has been amazing so far and it makes me realize that I should have done this years ago. 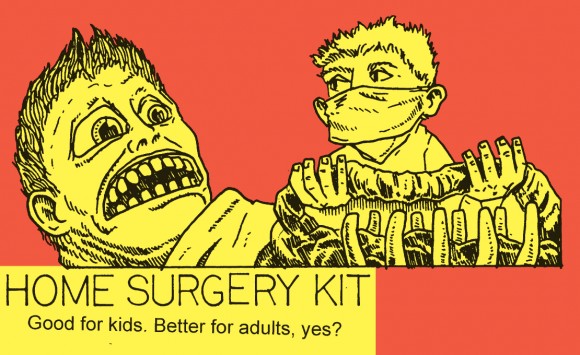 What’s the Secret Origin of Nightmare the Rat then?

Like all good origin stories, it begins with an artist getting drunk and watching crappy Christmas movies. There’s an old Laurel and Hardy movie, Babes in Toyland, that takes place in a town populated by nursery rhymes. It’s all made up to be cute and funny, but it ends up being that 1930s nightmare fuel. One of the creatures in the town looked like a stoned monkey shoved in a mouse costume, awkwardly dancing and convulsing on the ground. I started drawing that monster in my sketchbooks, altered it slightly, and named him Nightmare the Rat.

When the DC Conspiracy, the local comics group I belong to, decided to put out a tabloid newspaper, I created a comic around Nightmare. It’s styled after early 1900s newspaper comics such as Little Nemo or Krazy Kat, but with creepier overtones.

Nightmare himself has very secret origins and, while I know what they are, they don’t play too large a role in the comics. The only thing you really need to know about Nightmare is that he is a rat-like demon that lives in Hell City and steals people’s teeth. His enemies include the Hell City Police Department and Morningbreath the Owl, an adorable little monster that poops in people’s mouths. 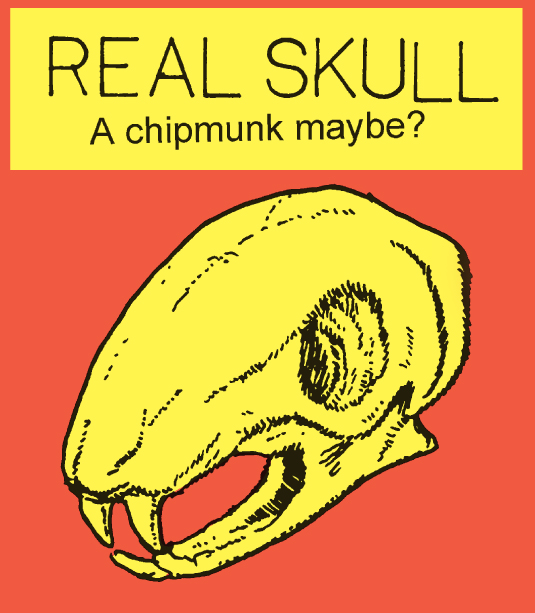 “Police Baffled.” I love when “baffled” is used as journalistic shorthand like that. The image of cops or scientists standing around stroking their chins, with their eyebrows furrowed. I don’t have a question here. I just thought I’d point that out.

It was a choice between “baffled” or “stymied.” Both are good comedy words, but baffled seemed to be more appropriate. 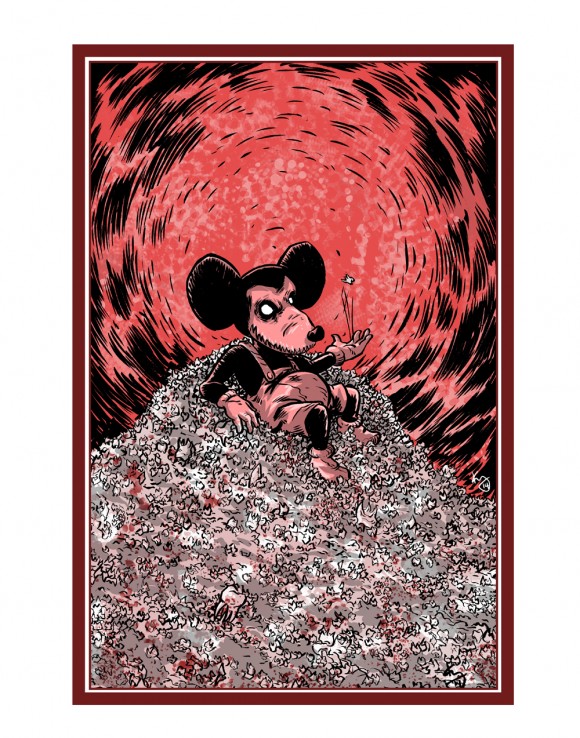 So you’ve more than doubled your Kickstarter goal with a couple weeks to go. Awesome. Why should anyone give you any more money? C’mon, pitch it, baby.

I’m stupid with excitement that the campaign has done so well thus far, and it has far exceeded my expectations, but now we have the opportunity to give Nightmare The Rat backers some cool extra rewards. We’ve already passed a few stretch goals, so now every backer at $10 and up will be getting a bunch of stickers, and we’re approaching another level where everyone will get a set of Nightmare the Rat mini-prints illustrated by a handful of excellent artists. The higher this thing goes, the more stuff everyone is going to get for no additional cost.

The collection itself is available at the $10 level, so for that basic pledge, folks are getting a heck of a lot of extra stuff.