The Heat’s on THE KITCHEN

Home » The Heat’s on THE KITCHEN

Vertigo‘s latest — from Ollie Masters and Ming Doyle — is set in the grit and grime of 1970s New York City. Perfect.

As soon as I heard about this one — an 8-part mini about mob wives in such a rich setting — I wanted to get it into my hands. I also wanted to talk to the creators behind it. So here we are with a double MIGHTY Q&A. The book comes out 11/12. 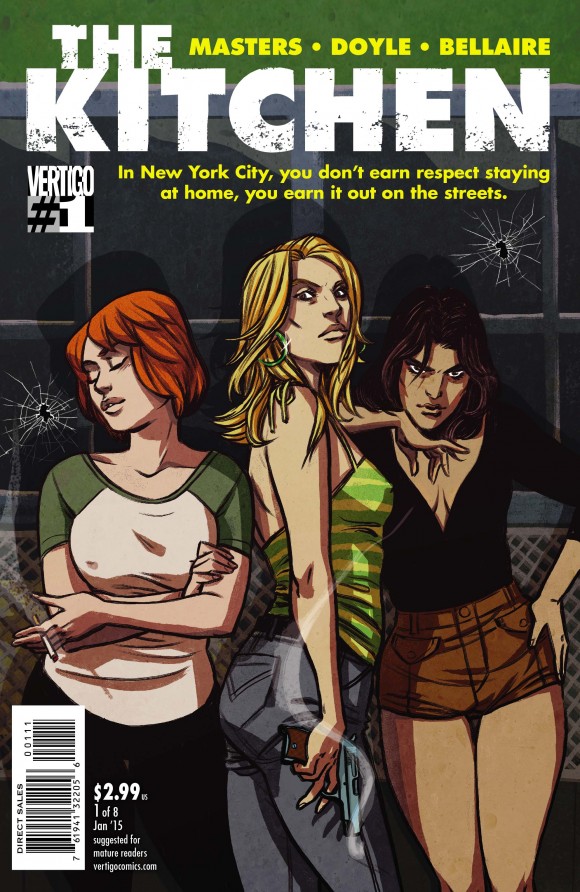 Dan Greenfield: What’s the Secret Origin on this project and how did it make its way to Vertigo?

Ollie Masters: It all came about after I met Will Dennis (our editor) at a convention in London. I’d been working on The Kitchen on and off for a few years, putting all these different ideas into it and by the time I’d met Will it was getting to a point where it was ready to pitch. We’d stayed in contact since meeting and I sent over a few different ideas and he really liked The Kitchen so we moved forward on it.

I was so happy when it happened because I really wanted to work with Will at Vertigo. He completely understood what I was trying to do with the book and really helped shape it into what it is now.

How did you get connected with Ming Doyle?

Will suggested Ming when we were looking at potential artists. I think at the time I’d only read Mara, so didn’t know much about her work. I went back and gave Mara another read and you could just see straight away that she would be perfect on The Kitchen. I’ve told Ming this before but she is a master of expression and body language and her style is perfect for gritty ‘70s New York. She really captures the era perfectly. 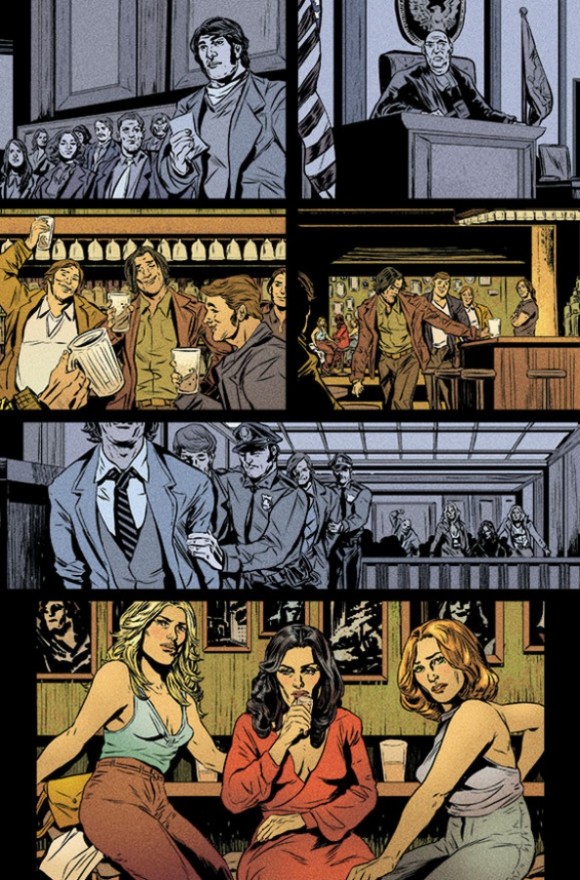 Mob wives have become well-trod turf in pop culture (as it were). So has gritty ’70s New York City. What led you to marry these ideas together and what do you hope to bring to the table that’s different?

New York City in the ‘70s was dirty and run down but an exciting place to be. Because it was such a lawless place it was a playground for gangsters to do whatever the hell they wanted but at the same time there was this feeling that something new and exciting was happening. You could hear it in the music that was coming out of New York at the time. There’s also the visual element of it. ‘70s New York had this style that just looks great on the page.

And in the ‘70s women were really fighting back against the unrealistic image of the happy homemaker, stay-at-home mom that had been perpetuated in the ’50s as what every woman should be. In The Kitchen Kath, Raven and Angie are fighting for their own kind of equality, it’s just they’re fighting for it in the criminal underworld.

How much will the characters interact with the real-world events of the time — or are they used more for atmosphere?

I don’t want to spoil anything so I won’t go into details but yeah, some real-world events impact the story later on. We tried to stay as realistic as possible and really create a sense of being in ’70s New York but at the same time I tried to avoid putting in real-world events just for the sake of putting them in there. 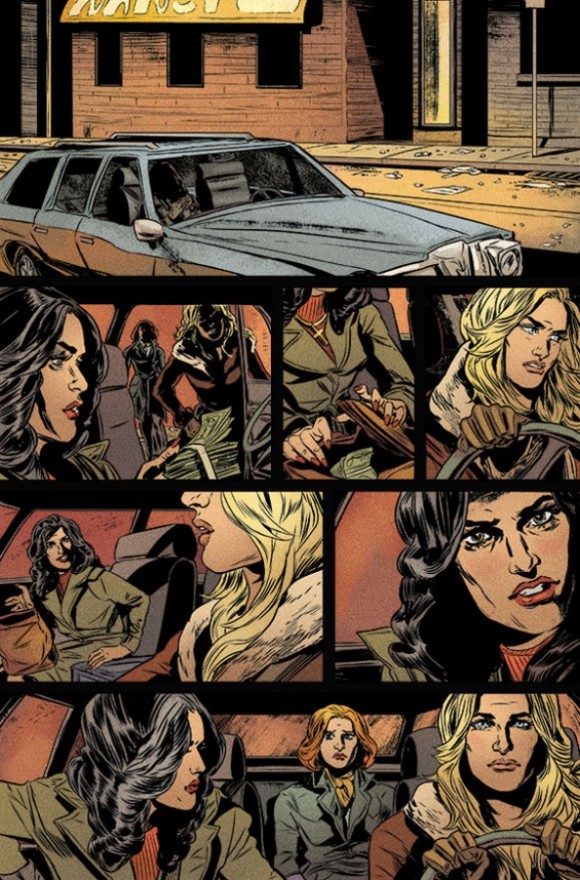 What kind of research did you do of the period? Were you born yet?

No, I wasn’t actually born until 10 years after when The Kitchen is set! So I never got to experience this world first hand.

I trawled the Internet for as many photos, documentaries and articles I could find about ’70s New York and, where possible, specifically Hell’s Kitchen. I read books about the period, crime stuff like The Westies and Wiseguy (the book Goodfellas is based on) and other non-crime books like Bourdain’s Kitchen Confidential. Anything that could give me an idea of what life in ’70s New York was like.

I rewatched ’70s films set in New York like The French Connection, Annie Hall, The Conversation, Serpico, Mean Streets and Taxi Driver. I also found home videos people had shot of New York in the ’70s and put up on YouYube. They were great, getting to see raw footage of that time period, it really gives you a sense of place that isn’t filtered through a filmmaker or writer’s imagination. 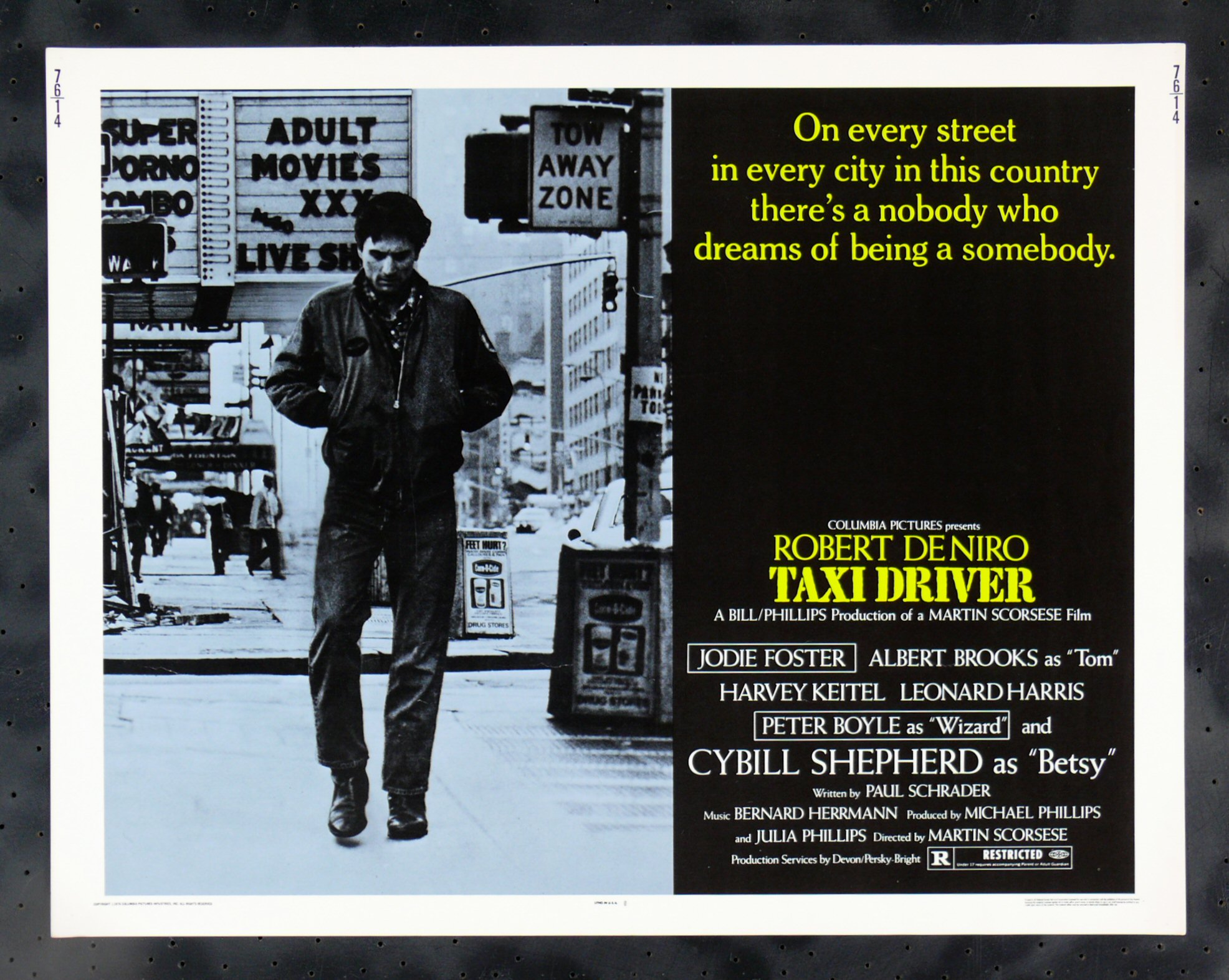 We all got really into the research. There’d be massive group emails with everyone working on The Kitchen just filled with videos, pictures and articles.

Tell us more about your career before this.

This is my first pro comics work! I just had a short Sensation Comics story out that actually happened after The Kitchen but scheduling meant it came out before.

Before The Kitchen I’d done a few short stories here and there for indie anthologies but that’s about it. 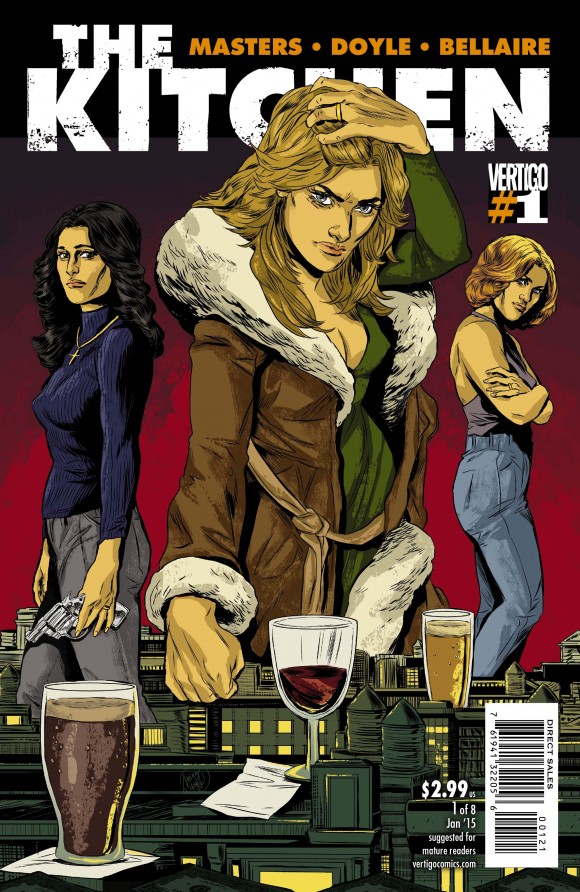 Dan Greenfield: How did you get involved in this project?

Ming Doyle: Our fearless editor Will Dennis approached me about this story while I was wrapping up a different miniseries, and just from reading the pitch I could tell it was something really sharp. I was interested from the get-go, but meeting Will and Ollie Masters, our writer, in person for the first time at the 2013 Thought Bubble Festival, sealed the deal.

They gave me the in-depth pitch, face to face, and I knew I wanted to work with these guys. The Kitchen is actually the only time in my entire career I’ve been able to meet with any of my co-workers on a book before production!

New York City in the ’70s obviously had a very different vibe than it does now. What kind of research did you do to accurately portray the city, the fashions, etc.?

I watched a ton of movies from the period, obviously. Not even necessarily just gangster or crime films, but anything to give me an idea of hairstyles, posture, attitude, and general silhouettes. I watched Jaws and The Towering Inferno as much as I watched Dog Day Afternoon and The Taking of Pelham One Two Three. 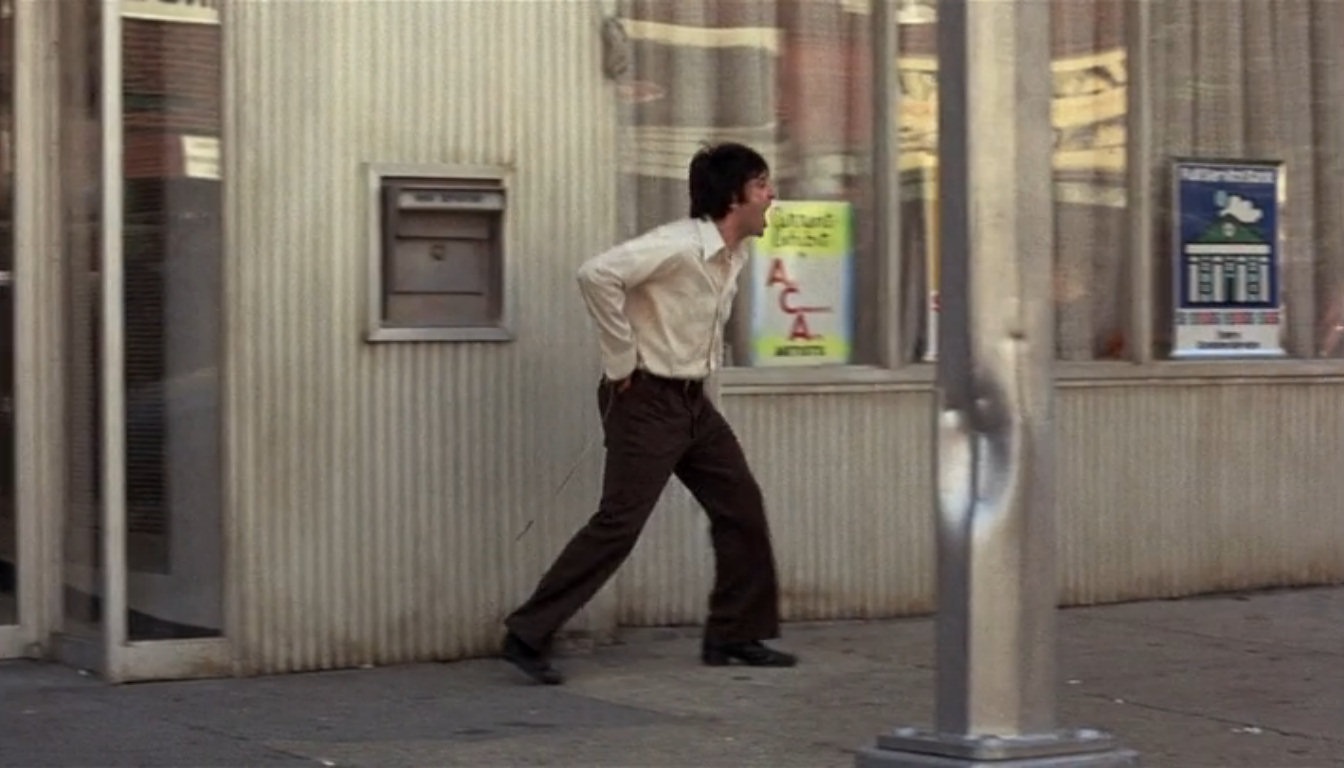 I also spent a lot of time poring over advertisements from the era, both print and television… And of course I talked to people who actually remembered New York City in the ’70s. The best advice I got was to “Add more trash.” I probably still haven’t thrown enough in there, but with each issue I try to up the amount of refuse and grime. It was the glammest of times, it was the scummiest of times.

Tell us something that will be a surprise to readers.

Hmm. I’m so entrenched in this world at the moment that it’s a bit hard to pull myself out of it and look at it from an outside perspective, but I think the most surprising part of The Kitchen will be the actual characters of Kath, Raven, and Angie. By that, I mean what they’re made of, the actions they decide to take and how quickly.

I know that going into #1 I had a very particular idea of who these three were, what their hierarchies of importance and agency were and how they would relate to each other, and by #3 each woman had completely shocked me.

Even though Ollie’s written the whole story, I only read each script as I draw it, so in a way I’m just as on the edge of my seat as anyone else would be… except I also have to create this whole affair in addition to experiencing it, and it can definitely get very, very tense!​