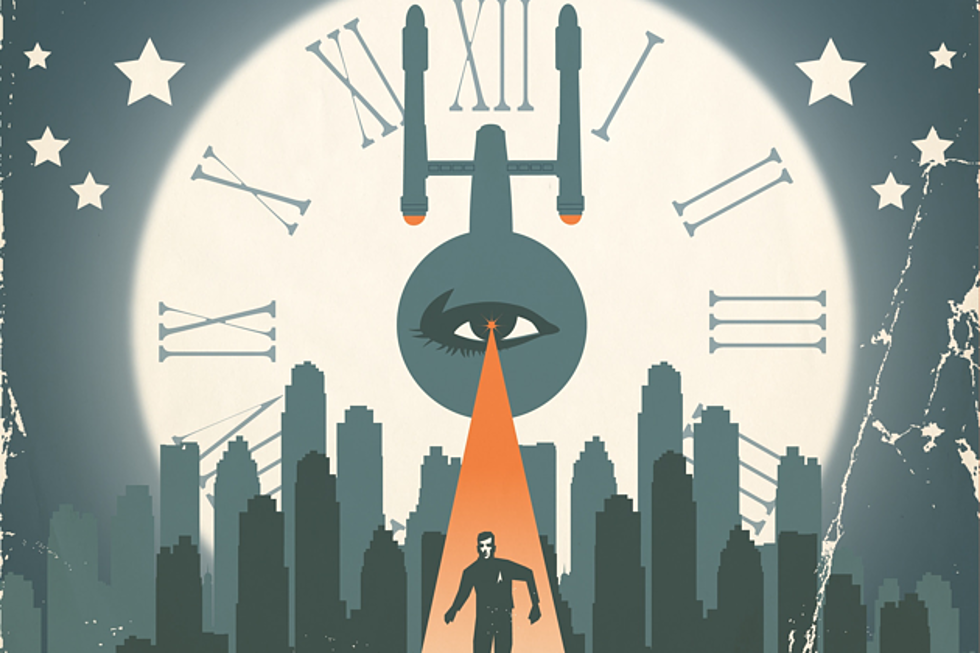 From the cover of IDW’s The City on the Edge of Forever #1. Art by Juan Ortiz.

The first thing I ever read by Scott Tipton was IDW’s comic-book adaptation of Harlan Ellison’s original teleplay for the Star Trek classic The City on the Edge of Forever that Scott did with his brother David and artist J.K. Woodward.

Scott had the chance to speak about his friendship with Ellison, who died in June, at San Diego Comic-Con on Sunday. He’s turned it all into a column saluting one of his idols. 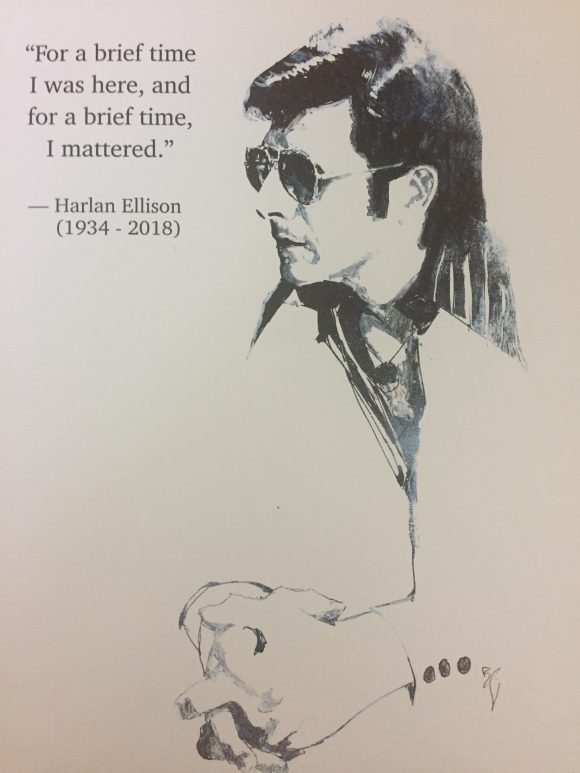 A piece Bill Sienkiewicz did after Ellison died. Chris Ryall printed up copies and they were handed out at Sunday’s panel.

Last Sunday at the San Diego Comic-Con, I was honored to be invited to speak at Harlan Ellison: A Celebration of His Life and Work. For those of you who couldn’t make it, with your kind indulgence, here’s what I had to say about My Pal Harlan (if you’ll forgive a few corrections added here and there, as I was speaking mostly off the cuff at the time), at the questioning of moderator Chris Ryall.

Chris asked me: “So, Scott, you had the kind of enviable and unenviable task of bringing to life this script that loomed so large for Harlan and the fans (for the graphic novel Harlan Ellison’s The City on the Edge of Forever: The Original Teleplay). How do you go about that? How do you go about sort of crafting and reshaping his words in a way that’s going to make him happy?”

Here’s how I answered: 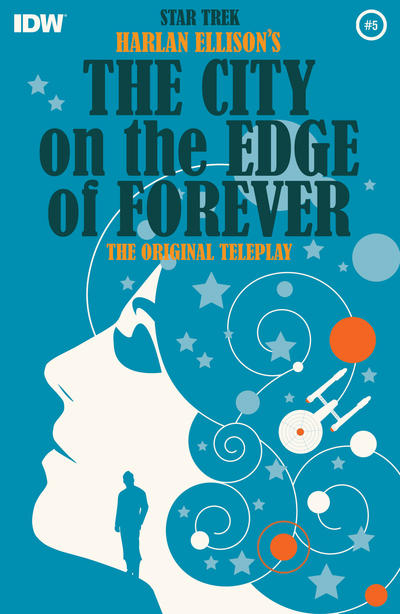 Well, it was terrifying.

Luckily, and I think this was part of the reason why Harlan was accepting of the idea of us taking the job, I’d gotten to know Harlan earlier through both my work with Chris (on our book Comic Books 101) and my work with Jud Meyers at Blastoff Comics, so he trusted us. But still, writing that first script was terrifying, and we were intent that everything we did would be just Harlan’s words and Harlan’s descriptions, and we’re adding nothing of our own. And I still didn’t know if it would meet his approval. So, we turned in the first script, and I was up north, in the Bay Area, at my father’s house. And it’s Thanksgiving night. And I get this phone call. And I look at my phone, and it reads “Harlan Ellison.”

“That was one hell of a script, kid.”

Which was not the first time I’d gotten that call.

The first time I ever spoke with Harlan, it was when Chris and I published Comic Books 101, and Chris had managed to get both Stan Lee and Harlan to write the introduction and the afterword for the book. And they were amazing. So, I asked Chris if I could e-mail Harlan and thank him.

“You can fax him. He’s good with faxing.”

So, I fax him, telling him, “When I was a kid, there were two authors whose books I checked out of the library so often, that finally the librarians just gave up and gave me the books. And it was Stan Lee, and it was Harlan Ellison.” And here’s my first book, and they’re both in it, writing the introduction and the afterword. And it meant the world to me. 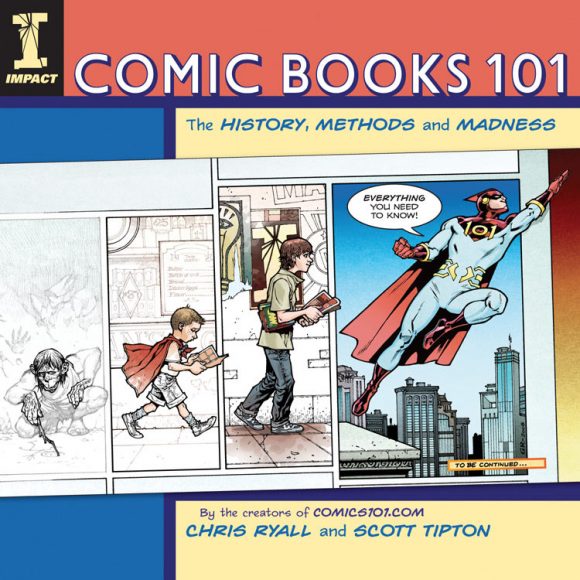 And so I’m at my day job one morning at the ad agency, and the phone rings, and I pick it up.

“Harlan?! How did you get this number?!”

I was too freaked out even to talk, but after the call I immediately called Chris:

“Did you give Harlan my work number?”

“Yeah, he called! How did that happen?”

To this day, I still don’t know. 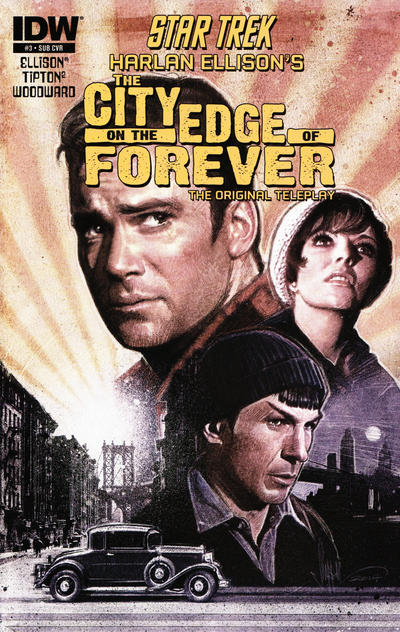 But my favorite interaction ever with Harlan was when Jud and I opened Blastoff Comics, and Harlan asked us to sell a very small portion of his enormous, legendary comic-book collection. And I had never been to Ellison Wonderland (Harlan’s home). So, we drive up to the house, and head in, and we’re in a certain portion of the house, and Jud kind of approaches me sheepishly.

“Um, we’re going to have to blindfold you.”

“Yeah, no offense, kid, but I don’t really know you, and I can’t let you see where the vault is.”

“Harlan, it’s your world, it’s your house, and I’m on board.” So, they blindfold me, and to this day I have no idea where I was pushed into, but they take the blindfold off of me, and right in front of me I see gorgeous original art from Joe Kubert, and comics from the ’40s – it was like being in the Money Bin, from Scrooge McDuck.

The first thing I asked was “Harlan, I know you’ll never part with these, but I’ve read your essays, I know these are your childhood books – but I hear you have your original Captain Marvel/Shazam! comics from the 1940s. Can I see them?” 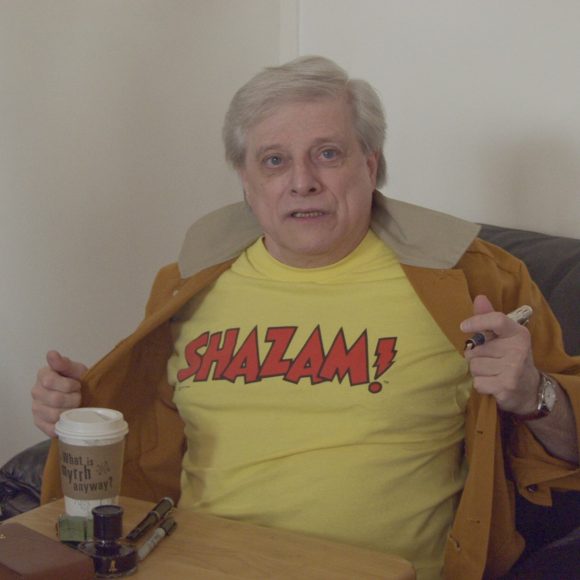 Now, the bookcases in Harlan’s vault are on sliding tracks, with submarine-like steering wheels. And he starts spinning the wheels like mad.

BZZZZZZZZZZZZ! go the wheels. RRRRRRMMMBBBLLL go the shelves along the tracks.

Suddenly he just grabs a handful of comic books off a shelf, and they look like they just came off a spinner rack from a 7-11, in perfect condition. Not even bagged! They’re beautiful. The most amazing copies I’ve ever seen in my life. Just stunning.

So. we’re in there for an hour or two as he’s telling us what books he wants to sell. And we’re getting ready to go, and my arms are loaded up with boxes, and I turn to Harlan and say, “Alright, so you want to blindfold me now?”

“Nah, I trust you, kid, you did good in here,” and he walks me out. As we’re leaving, he knew by this point that I was writing for IDW Publishing, and he asks, “So, what are you working on?”

“Well, you know, Harlan, they just hired me to write the Star Trek/Doctor Who crossover series.”

He looks at me. “You poor, dumb bastard.”

I smile, having known when I said it he’d never have approved.

The thing I think about most now, and I’ll take this with me wherever I go: In the aforementioned book that JK Woodward and my brother and I did, where we adapted his version of City on the Edge of Forever, in the introduction, he talked about the book coming together, and how much he loved it, and he referred to me and my brother as “the absolute paladins of my original dream.”

I can’t thank Chris and Jud enough for letting me into Harlan’s life the way they did.

(A slightly different version of this ran at Blastoff Comics’ website. Thanks to Amazing Stories for the source recording.)