It levitates but it falls short of magic. 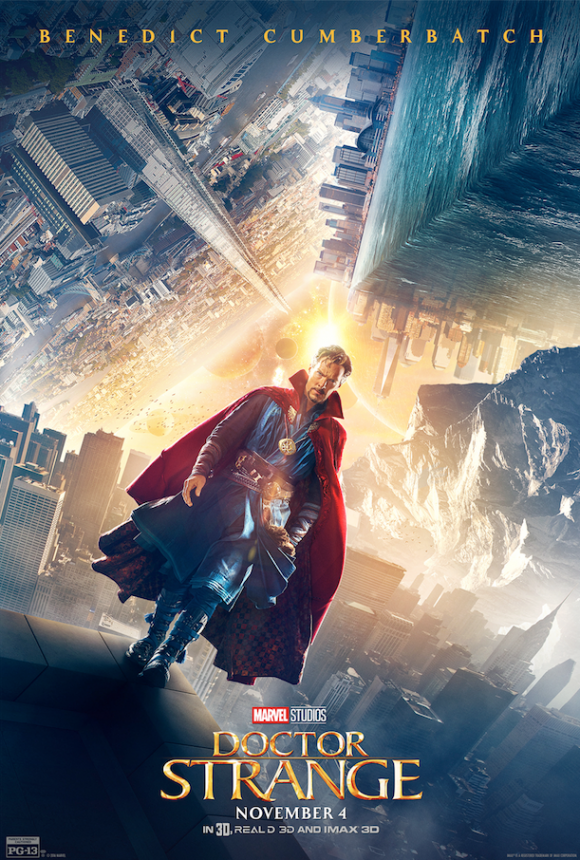 Dr. Strange has always been one of my favorite Marvel characters. Whether as a member of the Defenders, a co-feature or a solo star, I loved all the trappings that came along with the character: the totally rad costume, the Sanctum Santorum in the heart of New York City, the super-groovy fellow magician girlfriend. One ear always tuned to a different dimension (literally) from the rest of the Marvel Universe, Stephen Strange was impossibly cool.

So it was with great anticipation that I sat down to watch Doctor Strange. Ever since he was name-checked in Captain America: The Winter Soldier, I was deliriously excited that Marvel was going to use some of its vast cinematic capital to bring to life one of their less immediately commercial characters. By the Hoary Hosts of Hoggoth, it was my most anticipated film of the year!

One of the things I hoped Doctor Strange would convey was the utter weirdness that was so prevalent in the Dr. Strange comics. His original chroniclers, creator Steve Ditko and Stan Lee, did some amazing work in this regard, but the character was pushed into unimagined new heights of… strangeness by Steve Englehart and Frank Brunner in the mid-1970s. The Marvel movies have, for the most part, stuck to a fairly rigid formula, and I was looking forward to seeing something different. 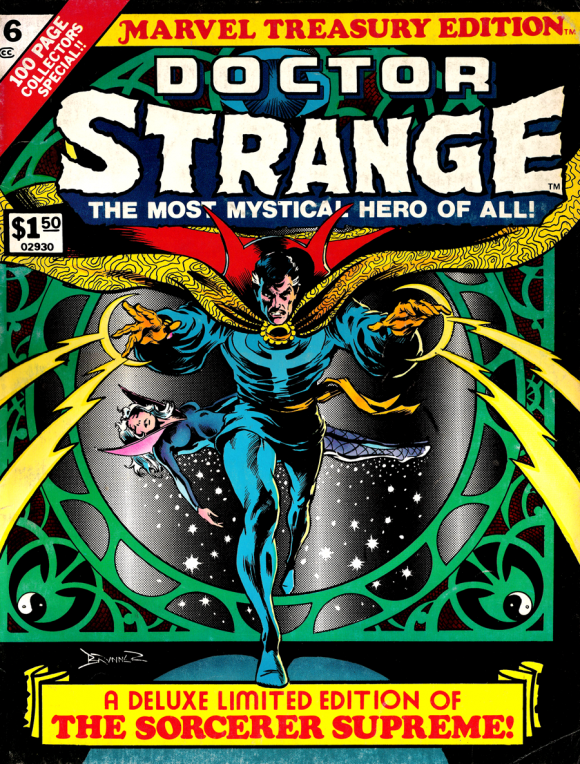 The movie’s opening scenes, with Benedict Cumberbatch as brilliant but arrogant surgeon Stephen Strange, work well enough. The car accident that leaves him a bloody mess is curiously uninvolving, and didn’t leave much impact on me (check out 10 Cloverfield Lane to see how well a car crash can be executed). Before long, Strange’s self-pity drives away his former love Christine Palmer (Rachel McAdams). I didn’t feel a lot of chemistry between these two, so when Strange is left all alone in his penthouse pad, again I didn’t feel much. When was this movie going to kick into gear?

Luckily, it does. Strange ventures to the secret compound of Kamar-Taj, which is overseen by The Ancient One, played by Tilda Swinton with a real gleam in her eye. After she (?) endures one too many smart-ass cracks from her erstwhile pupil, The Ancient One pushes Strange’s spirit out of his body, and gives him a glimpse of the unlimited alternate realities that exist. In a bravura sequence, we follow Strange as he hurtles helplessly from one reality to another (including, I think, a brief stop at the weird fractal sub-atomic dimension we saw at the end of last year’s Ant-Man). This sequence, delightfully sans any explanation, goes on just long enough that it reached that level of weird that I was hoping for, the one I enjoyed so much in the comics. Finally, this movie earned his name! 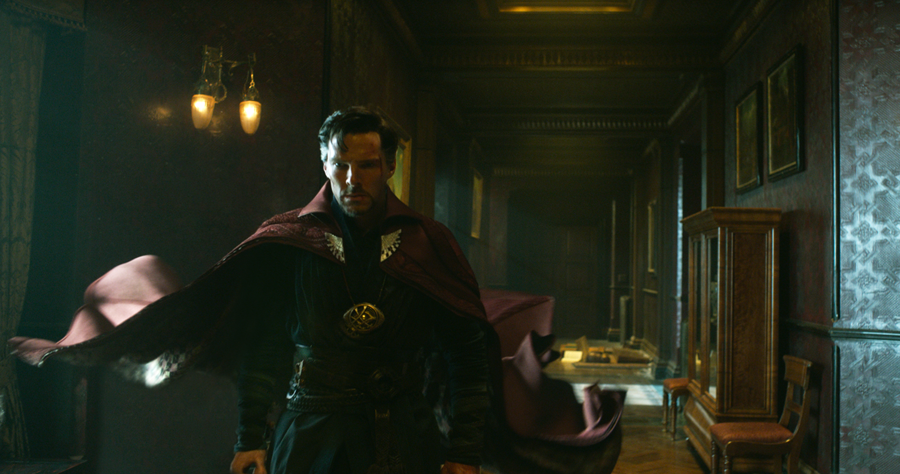 Since this is an origin tale, Doctor Strange takes its time turning our main character into the superhero we know he is destined to be. We meet another sorcerer-in-training, Mordo (Chiwetel Ejiofor), as well as keeper of Kamar-Taj’s sacred tomes, Wong (Benedict Wong), who treats Strange like an errant child. Those who have read more than a handful of Dr. Strange comics know the significance of both characters; they are the building blocks of the Dr. Strange universe.

While still in training, Strange encounters grim-faced bad guy Kaecillius, a former student of The Ancient One who has gone rogue, played by Mads Mikkelsen. Kaecilliius and his stone-faced goons are almost too much for Strange when they attack him mid-film. Luckily his magical accoutrements give him some assistance in that regard, none more entertainingly than his blood red Cloak of Levitation, which floats (and attacks) with a mind all its own.

During the first third or so of the film, there’s a lot of circular imagery on display: Strange’s watches, the lenses of his surgical glasses, the portals he uses to transport himself across great distances. Tied in with The Ancient One’s notions of realities that exist outside the corporeal form, I was hoping the movie would continue with those themes, tapping into the idea of “endless becoming” that theologians and philosophers have pondered for ages. For a brief moment there, I thought that Doctor Strange might go that deep, which would have been an incredible thing to behold in a multi-million-dollar film franchise. 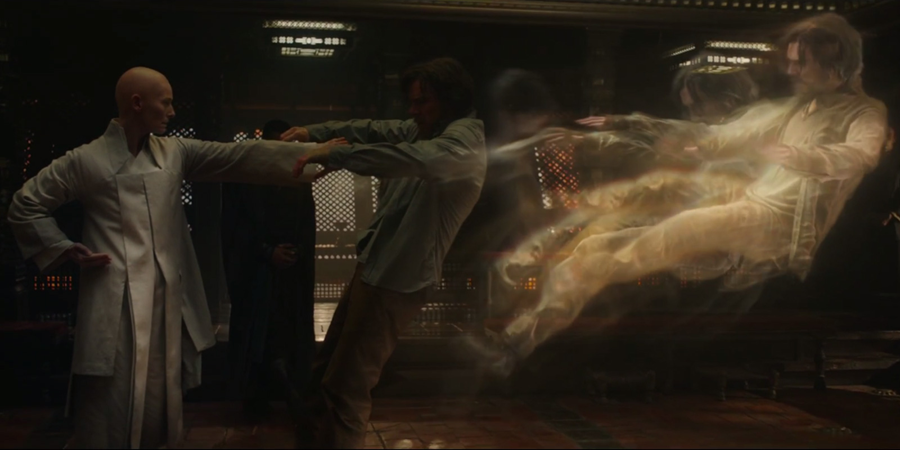 Alas, the movie decides not to take that route, instead giving us more traditional cinematic thrills. There’s much talk of magic and amazing abilities, but in the end the good guys and bad guys punch each other a lot. The action sequences are well staged (all credit to director Scott Derrickson), the notion that our characters are operating at a different reality than the rest of us is well presented, and the M.C. Escher-esque effects of cities folding in upon themselves are a pleasure to behold.

Doctor Strange gets back to Weirdsville during the big climax between Strange and the ultimate Big Bad, legendary Marvel villain Dormammu. I wish he had been visualized a bit more interestingly (he’s basically just a big CG face), but Strange’s final plan to defeat him is clever and fun to watch unfold. Like the scene I mentioned above, it goes on just long enough to be awkward, something I quite enjoyed (for my money, I could have watched Strange repeat that one line a dozen more times). After a lot of violence, I thought it was great that Strange’s intellect mattered just as much when it came to winning the battle against evil. 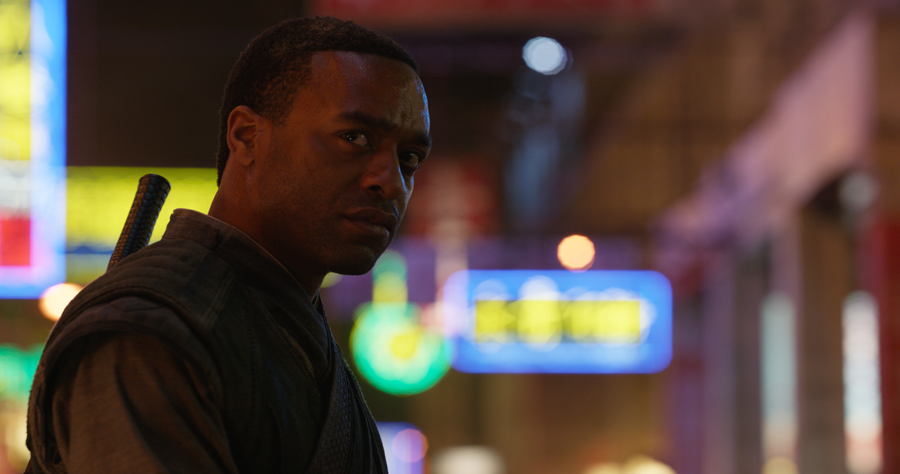 Overall, I think Doctor Strange is a flawed but still quite enjoyable new chapter in the Marvel Cinematic Universe. McAdams and Ejiofor are not given enough to work with, and to me did not register enough (both are highly capable performers, it’s the script that lets them down). As a fan of the comics, I was slightly disappointed the Clea character was ignored in favor of Palmer, but maybe the filmmakers thought that was one magical characters too many.

Tilda Swinton seems to be visibly delighted to be in this movie. She gives every scene with The Ancient One an impish glee that can’t help but remind you of how Yoda played the fool when first meeting Luke Skywalker.

As the title character, I found Benedict Cumberbatch’s performance grew better and more nuanced as the film progressed. When he finally sits down with another member of the Marvel Universe, his Doctor Strange looks like he belongs there. It bodes well for future installments, which are no doubt coming.

Doctor Strange is Marvel’s 14th installment in the cinematic universe, and they have yet to produce a single film that has not been a financial success. You’d have to go back to the films of Elvis Presley to find a series of movies this enduringly popular, and certainly it’s never been done at this scale. It’s such a massive triumph that it’s easy to take for granted—the sheer number of things that have to go right to make all this work is staggering, and all credit to Marvel Studios for pulling it off. It’s almost magical.

Rob Kelly is a writer/artist/comics and film historian. He is the co-host of The Fire and Water Podcast (and the host of its sister show, The Film and Water Podcast), the co-creator and writer of the award-winning webcomic Ace Kilroy, and the creator of the book Hey Kids, Comics!: True-Life Tales From the Spinner Rack. He hopes the sequel is called Strange Tales.