This is just a sweet little story: A couple of weeks ago it was inker Joe Giella’s 93rd birthday. Giella, of course, had a lengthy career but these days he’s best known as the oldest living Batman artist.

We ran a 13 COVERS birthday gallery — click here for that Silver Age grooviness — and in response, I got a message from reader and pal John Whitt, who is well known in Batcircles as a devout Batmaniac and Batcosplayer.

He sent along this nifty cover mock-up featuring Giella and Whitt as his Batmuse: 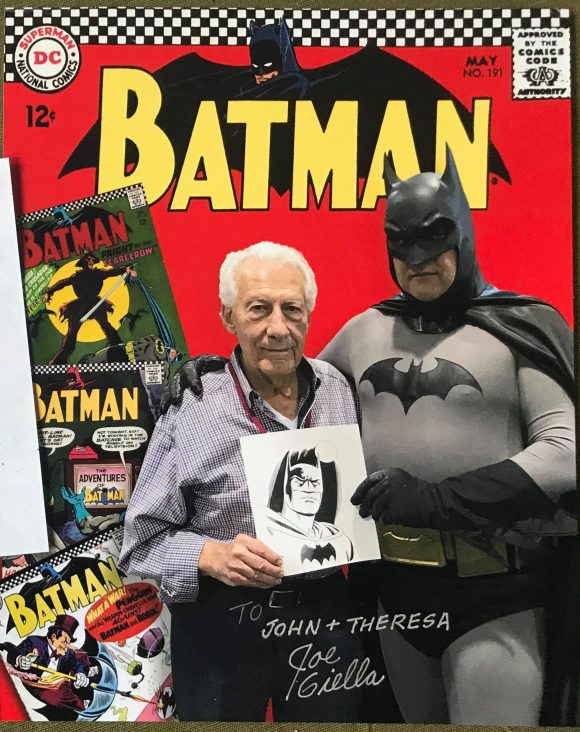 John and Joe met at 2017’s Denver Comic Con and the artist was impressed by Whitt’s outfit — and its huge wingspan.

“I decided to purchase an original pencil and ink Batman piece from the last surviving Silver Age Batman artist/inker, Mr. Joe Giella,” John, who lives in Minnesota, wrote me. “When I was about to ask him if he would be willing to pose with me and his artwork, he got up and said that he wanted to take some photos with me! He stood up, came out from behind his booth, and stood in front of me. His assistant said, ‘God, Joe!… He DWARFS you!’ 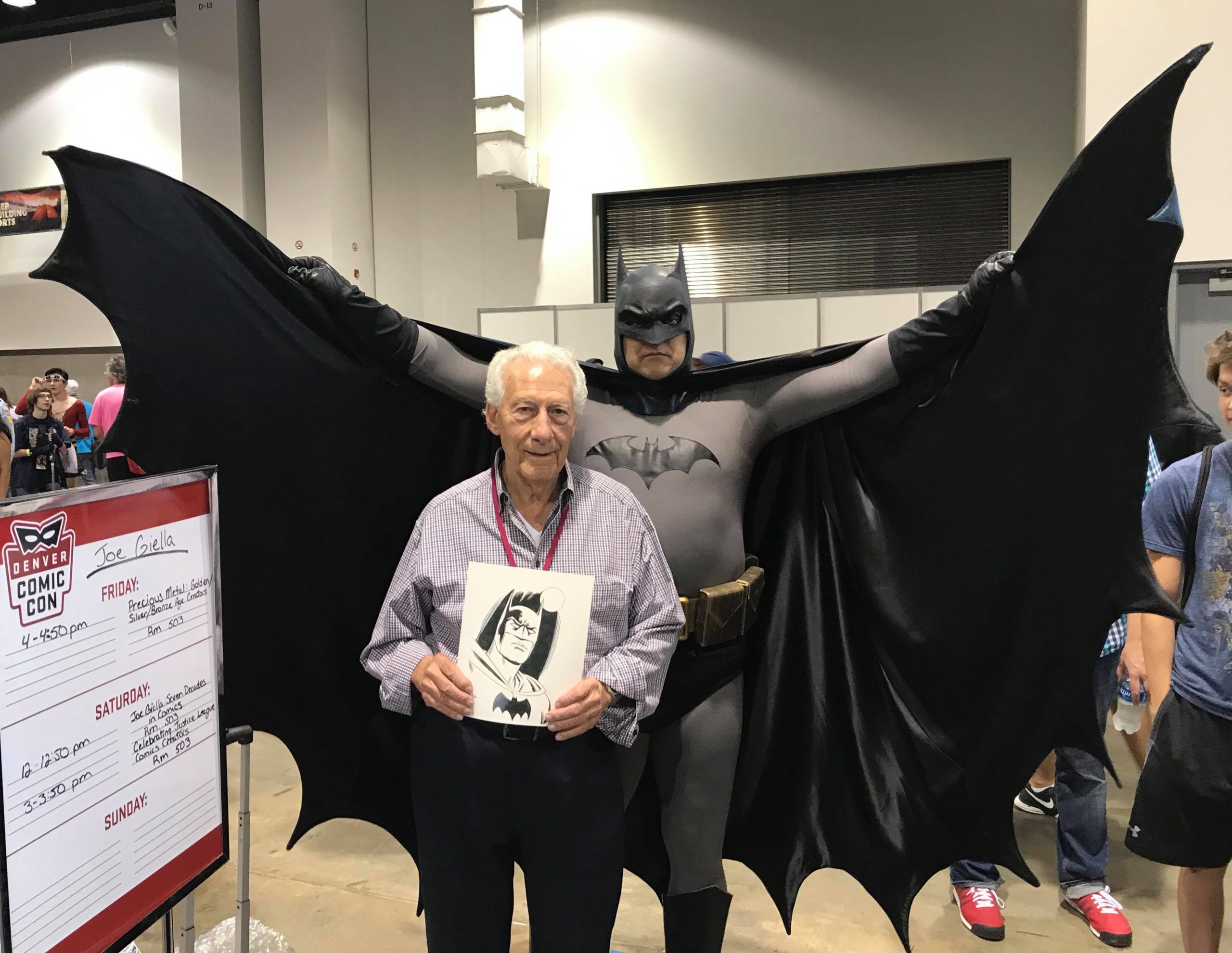 “Joe looked up at me and said, ‘Wow!… You REALLY look like Batman!'” John added. “I take that as high praise coming from this particular man! We took a couple of shots and then he asked me if I would send him the photos.

“He said he wanted the photos for his daughter, who is CRAZY about Batman, so how could I refuse him?! Such a nice, classy gentleman!”

When it was all over, John’s wife Theresa created the faux cover and they sent it to Giella, along with photos. 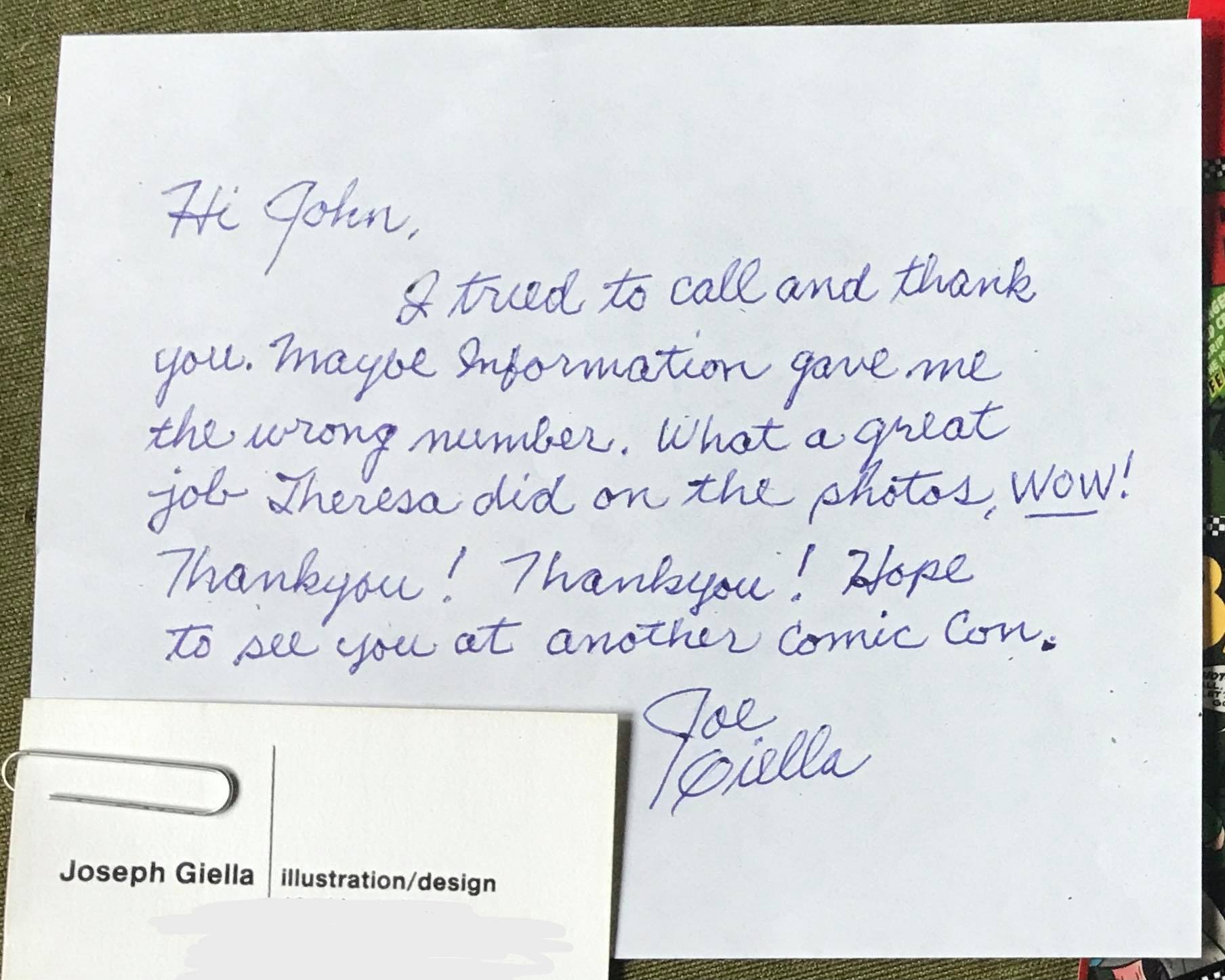 Boy, it’s great being a comics fan, isn’t it?