The DAN SLOTT Interviews: Swinging With Spidey in the Bronze Age

The Secret Origin of Spidey’s tale-spinner… 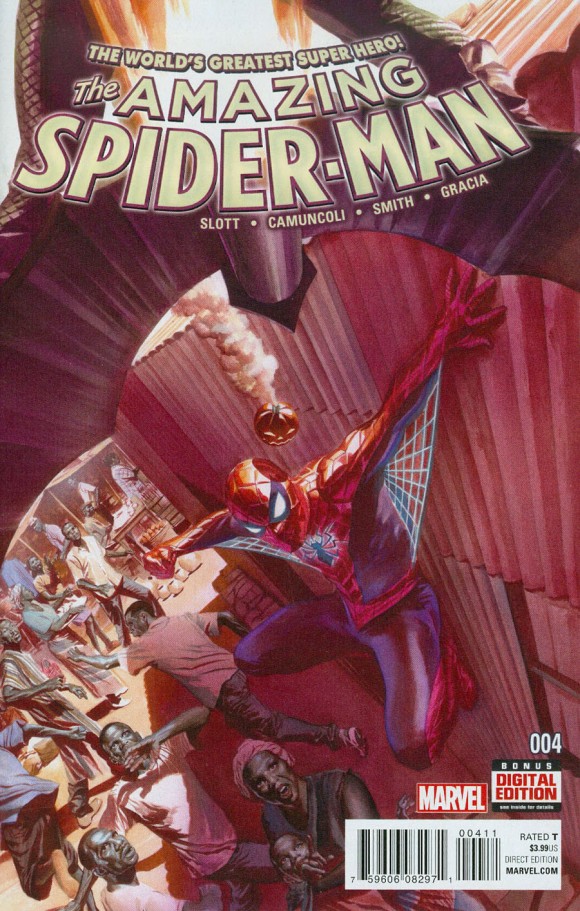 Often when I do an interview series it’s with a creator who has a strong connection to Batman because that’s just how I’m wired. But I have a real fondness for Spider-Man too, so I wanted to pick the brain of the guy who’s been his steward for a number of years — hence this first installment of The DAN SLOTT Interviews.

Over the next few months, I’ll be trotting out a number of segments with Dan on a variety of Spidey topics. What I like about talking with him is that he’s also a fan at heart. He comes by his love for the web-slinger quite honestly.

Dan Greenfield: All right. Tell me your earliest encounter with Spider-Man.

Dan Slott: That would probably be the Bakshi ’67 cartoon and just watching that every day after school. I really didn’t know who Spider-Man was in a comic. To me, the only comics I ever read as a kid were my cousin’s and I didn’t know where you got them. I mean, I’m an idiot. I’m someone who, even as a grown adult, when I scratched up the hardwood floor was like, “Oh, no! I’ve ruined it forever!” Like it was somehow grown into the building. (Laughs) I don’t know where you can go out and get new hardwood floors, you know? And I was the same way as a kid. Far as I knew, comics come from my cousin’s basement. That’s where they come from and these are the things that are in them. 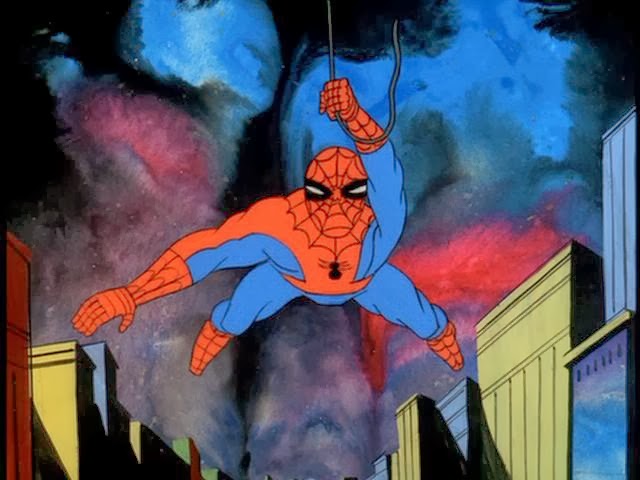 He was really into war comics and horror comics. He liked Sgt. Fury and His Howling Commandos. He also liked Kirby. So he had FF. It was like his one superhero comic. He thought I’d like that so he had me read his FF. And I thought, “This is amazing! This is fantastic!” So as a kid, I thought that was the only superhero comic that was made as a comic book and I thought you got them from my cousin’s basement. I was in the single digits for age so if you could cut me some slack. …This would have been early ’70s. This would have been probably ’74 or ’75.

But it wasn’t until I was around like 8 or 9 and I was biking home from school and I passed a 7-11. There was a big poster on the inside of the window that Spider-Man was coming to my town.

Greenfield: What town was this?

Slott: Stockton, Calif., which was a weird coincidence because it was retconned into where the spaceship from FF #1 took off. (Greenfield laughs) And I’m biking home and I see this thing in the window. Spider-Man’s coming to my town! I freaked out because, little Jewish boy, I didn’t have Santa Claus, I didn’t have the Easter Bunny. I was one of those kids if you take me to Disneyland, I don’t wanna go on the rides. I wanna hug every single person in the costumes because, “Oh my God, I’m meeting Mickey Mouse!” I was that age and the thought of Spider-Man coming to my town freaked me out because he was, like, my favorite! But from the cartoons! I only knew him from the cartoons!

And I didn’t lock my bike. I just jumped right off it and went inside, going, “Spider-Man’s gonna be here!” (Greenfield laughs) “How do I meet Spider-Man?”

“Where are the comics?” 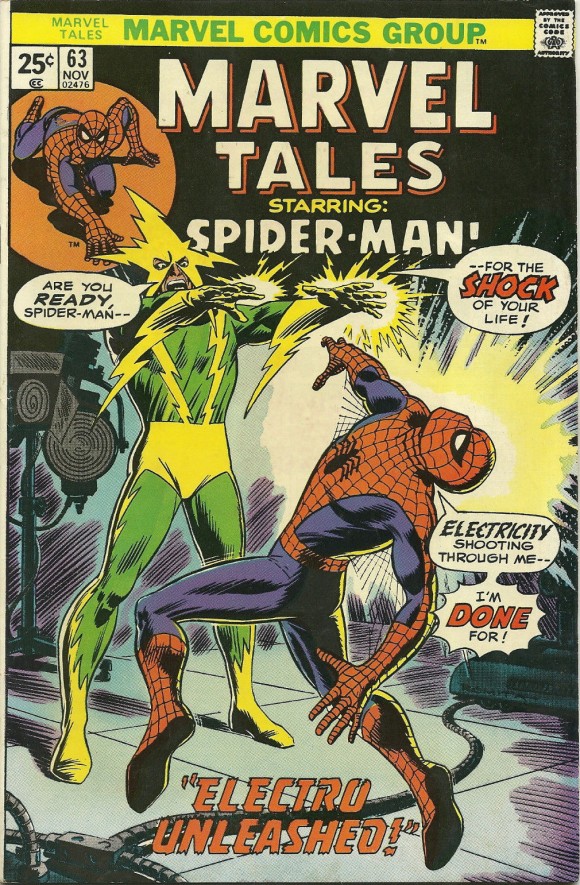 I’d been in the 7-11 like a billion times and I just never noticed it, but he pointed to this spinner rack and it was like a golden light had hit it. It was like, (sings in high pitched voice) “Ave Maria!” It was the first time I saw a spinner rack full of comics and they weren’t just from my cousin’s basement. I could buy them myself…IF I had money.

So I ran…I waited at home for my poor dad who had a huge, epic commute every day from Stockton to Modesto in the company car. He came in in his ’70s suit and tie, all crumpled and tired and I just clung to him and I was, like, “Dad, dad, dad! I need an allowance. I need money. I have to be able to buy comics. I have to meet Spider-Man!”

Comics cost a quarter. He started me on a quarter a week for an allowance and he gave me an advance because I hadn’t been on an allowance before so I had two quarters for the first time. And I went back to that 7-11. It was days before Spider-Man was gonna show and I went back there and I went through every comic they had and found the two perfect comics with Spider-Man. It was a Marvel Tales where he fights Electro, and Marvel Team-Up #38 where he and the Beast fight the Griffin. Those were my two Spider-Man comics. I paid my 50 cents. 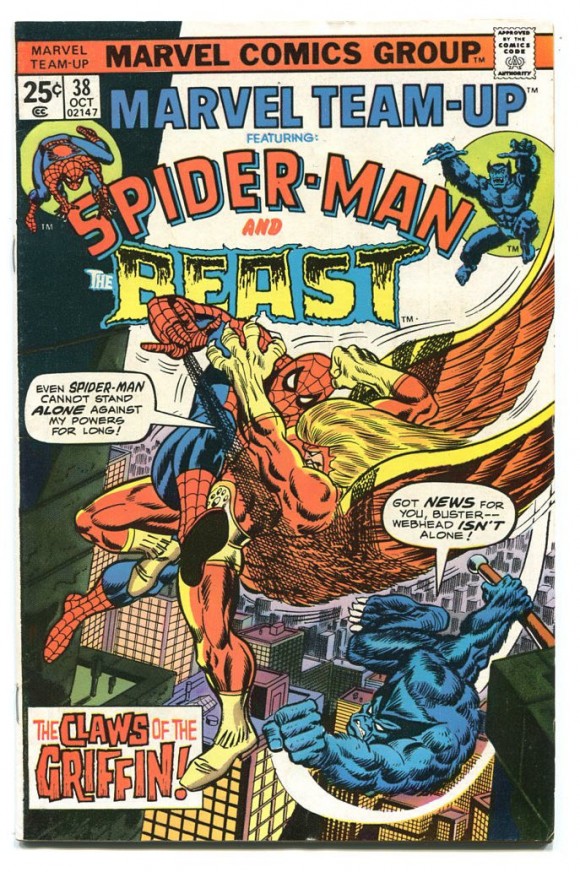 I got there the day he was showing up. I got there and I camped out. (Greenfield laughs) Because I wanted to see Spider-Man swing in.

No one else cared about this. No one else was there. It was just me sitting on the stoop at 7-11, looking up in the sky. Really early on I started getting nervous because I realized that in Stockton, Calif., there’s no tall buildings. There’s nothing for Spider-Man to swing on. (Greenfield laughs) “How is he gonna get here?”

And this is the moment that, like, screwed my life. It ruined me. It set me on the path. It is what brought me here. It was the ’70s. You had the gas shortages, you had all the cars kind of locked up on the freeway, and you could see the freeway from the 7-11. Along comes this red pickup truck weaving in and out of traffic and people are letting him through and everyone is cheering because there is a man in a Spider-Man suit standing, arms akimbo, in the bed of the truck.

Slott: He’s, like, waving to everybody. It’s just two guys in the ’70s and they had a Spider-Man costume. (Greenfield laughs) Idiots! And I was just…It made perfect sense for me that that’s how Spider-Man would come to the 7-11 in Stockton, Calif. And I watched and he came all the way off the freeway, drove around the loop, came up to the 7-11, went into the parking lot and I am the only one there and I am just staring! I am, like, gobsmacked, my jaw on the floor. For my benefit and my benefit only — the guy saw me there — he didn’t like trundle out of the back. He leapt out of the back of the truck, landed in a Spider-Man crouch and got up like it was something he did every day. Played it cool. And I was convinced that was Spider-Man but I just could not TALK to him I was so nervous! I gave him my comics, he signed the comics, and I just stared at him until even I felt it was uncomfortable, then I left. 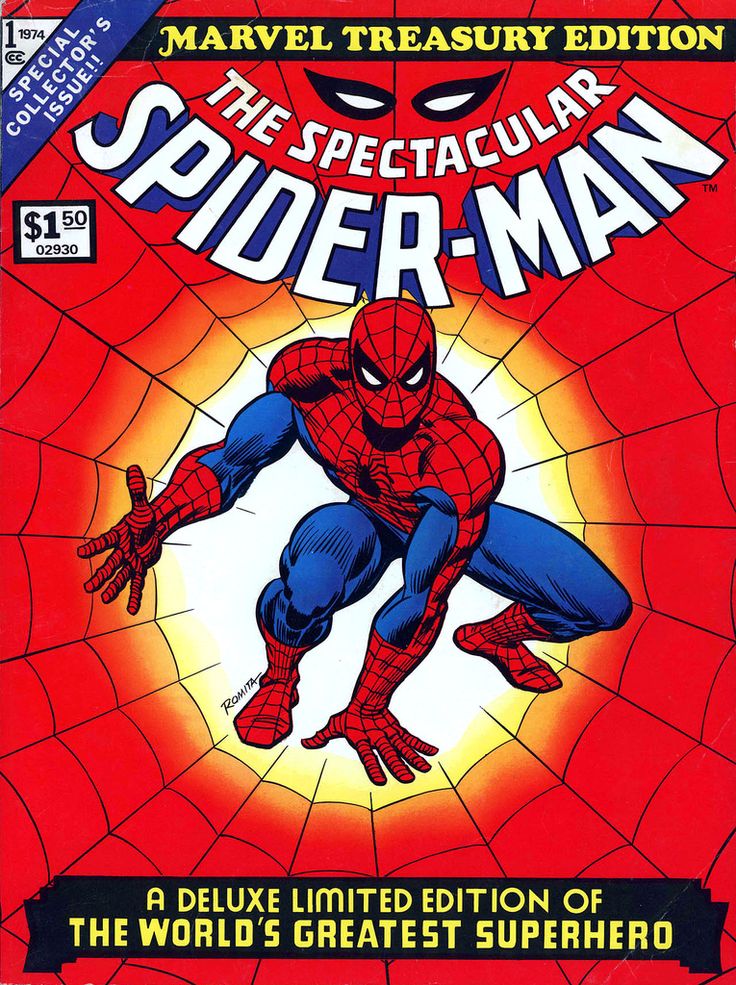