The CHIP KIDD Interviews: DARK KNIGHT and the Perfection of YEAR ONE

Home » BATMAN'S HOT-LINE » The CHIP KIDD Interviews: DARK KNIGHT and the Perfection of YEAR ONE

Welcome back to THE CHIP KIDD INTERVIEWS in which we talk to the master book designer about various aspects of his Batman obsession.

It was only a matter of time before we were going to address The Dark Knight Returns — which is celebrating its 30th anniversary — and Batman: Year One. For fans like you and me, these were profoundly influential touchstones. They were the same for Kidd — except he found himself working on both masterpieces years after they first came out, designing trade editions for DC… 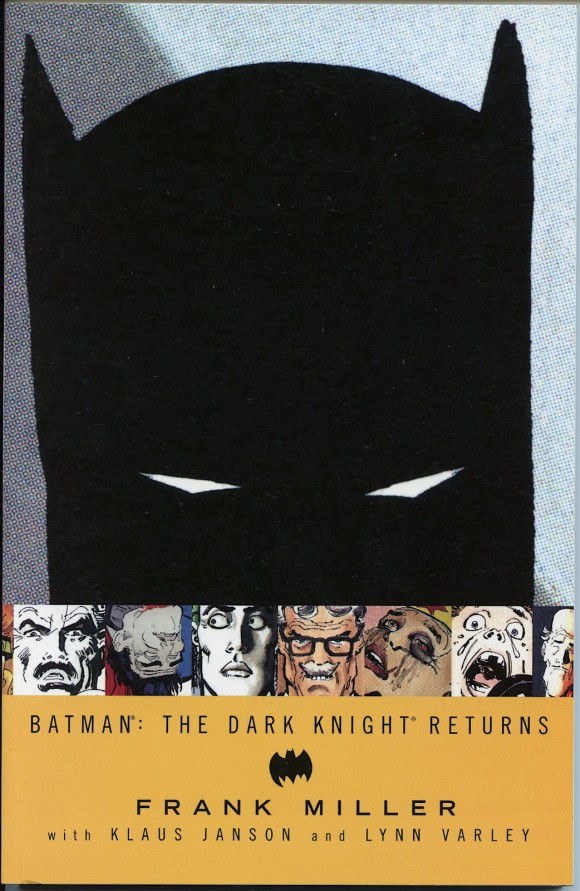 Dan Greenfield: After Marshall Rogers, the next real turning point for the Batman is the Dark Knight.

Chip Kidd: Weeeeell, yeah, but in between there was all the Don Newton stuff, which I kept up with but wasn’t crazy about.

Dan: I loved the Len Wein stuff that came right after Englehart and Rogers. There was a whole run where Batman and Catwoman—Batman and Selina—they really explored the idea for the first time that they could be together. Then, after that, I didn’t lose interest but I didn’t love it quite so much.

Chip: There was also Batman Family.

Dan: I loved that comic (but that was already ending). I loved it. With the Batgirl/Robin thing? I have a real soft spot for that.

Chip: I guess I do, too, but…I don’t know. I like Batman as a loner or with Robin. I’m kind of a purist that way. But the thing about Frank Miller is all of those ingredients were already in place. Like, that was already brewing in the ’80s. …I remember still in the ’70s when DC would do ads promoting Superman and Batman, I remember they said the Darknight Detective. You know? And for all of Frank’s invention, which is tremendous, he didn’t invent that term. 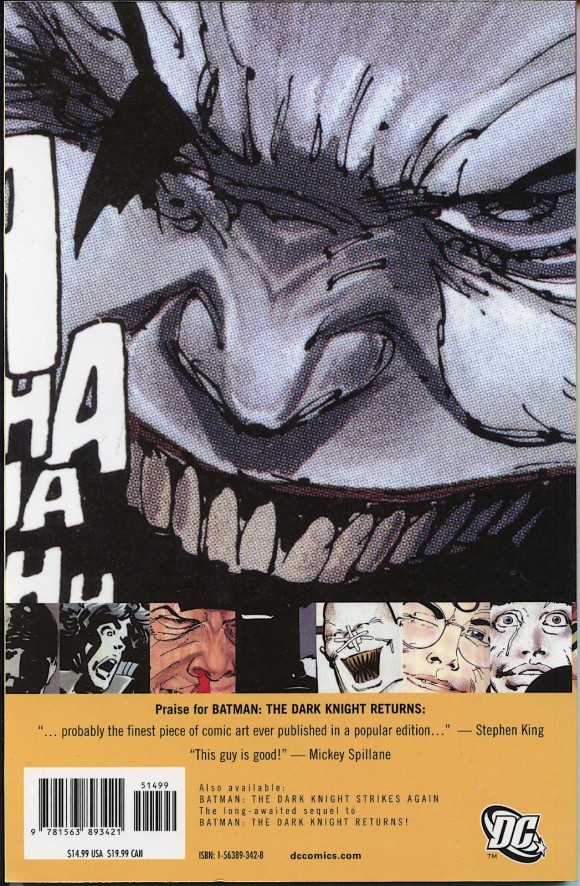 Dan: No, it was a logical extension from what, really, Neal Adams and Denny O’Neil had brought back, that earliest version, and then it went to Marshall Rogers. There were ups and downs in between and then Steve Englehart and Marshall Rogers, but Miller took it to the logical extreme. It was helped, of course, by the fact that he made Batman older and created this whole other universe. … The kind of, “Let’s do something that is completely out of the continuity, out of the canon, something that exists on its own terms.” Then they kind of walked backward and did Batman: Year One.

But tell me about your discovery of the Dark Knight and your reaction at the time and whether you think it holds up.

Chip: Oh, GOD yes. It’s been so interesting to see how well it’s endured. By the time I was in college… I went to Penn State from 1982 to 1986 and that was my first experience of an actual comic-book store, which is there to this day.

Dan: What was the name of it?

Chip: Raw, I was really into. … So here’s a comic book shop: That’s amazing! The idea that there would be an entire store devoted just to that. Not big but didn’t need to be big. It was amazing.

So they put me onto the Daredevil stuff and I was really getting into that. It was, like, wow! This is interesting. There’s a “there” there. Whoever thought that Daredevil—who gives a shit about Daredevil? That’s what a great writer does!

Alan Moore did it with Swamp Thing. Who gives a shit about Swamp Thing? (Dan laughs) And it was really interesting! Those handful of Alan Moore stories—especially with Superman—are just the best! They are the best. Except for All-Star Superman. (Dan laughs) And so this was a real reawakening for me, I guess.

Not that I had given up on comics but that’s the whole thing. You’re in college, you’re on your own, and that was just amazing. So that was kind of like a re-education for me. I remember going there every Wednesday to see what was new. …

(Years later) when Frank asked me to redesign the Dark Knight (trades)—the first one and the second one—that was incredible to me because then I felt connected to it. A lot of pressure but that was really, really…

Dan: Now, this was the one with the yellow…?

Chip: Yeah. And then ditto Mazzuchelli in Year One. 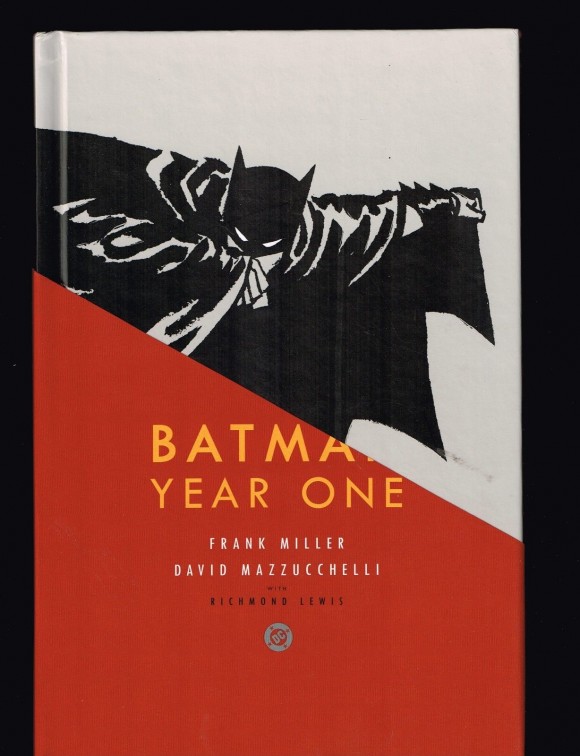 Dan: Right. Which cover was that?

Chip: It was the one that everybody hated except for David and Frank.

Chip: This is the perfect story.

Dan: It is. In its own way, I find it better than Dark Knight. That’s why I feel like there never needs to be another origin story and you never need to do a “last story” — but especially an origin story because it is perfect. It’s lean. There’s nothing missing, anything else would be extraneous. It’s so well-told.

Chip: I tell people who aren’t comics fans that this is just a great urban-crime story that just happens to have Batman in it. It’s just the best. 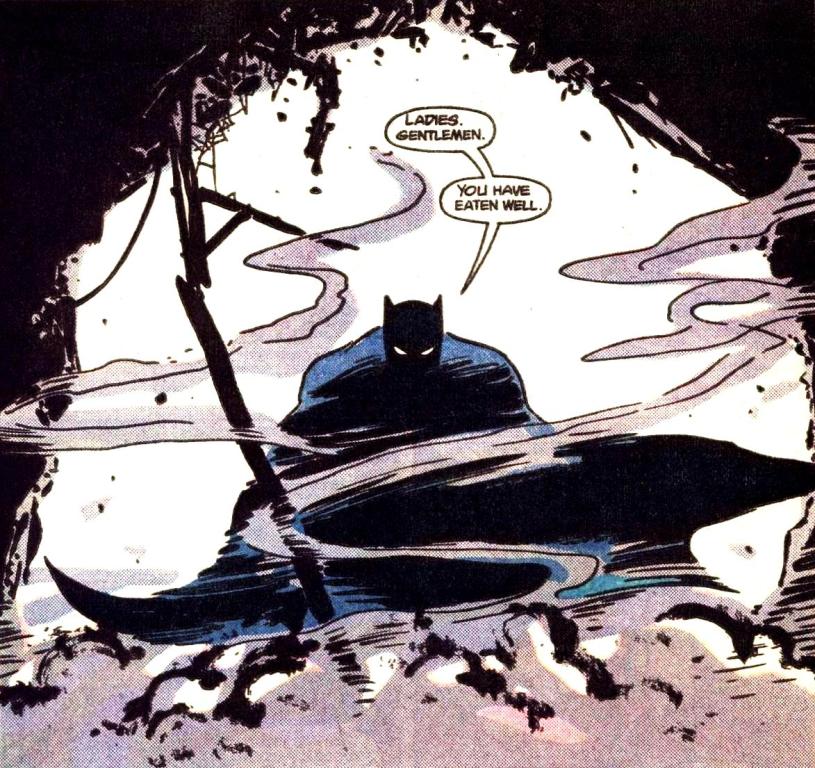 Dan: And did you read it when it came out, also?

Dan: Yeah, I did, too. Both of those were like shocks to the system.

Chip: But again, I was all over the Daredevil: Born Again story so I thought, “Wow, so these two are gonna do Batman? This is gonna be the best!” Just the best.

(NOTE: This Q&A was edited and condensed for clarity. No changes were made to the meaning.)