The Beatles and Comics, or: How I Learned to Stop Worrying and Love the Art, by VIVEK J. TIWARY

Home » The Beatles and Comics, or: How I Learned to Stop Worrying and Love the Art, by VIVEK J. TIWARY

It was 50 years ago today that the Beatles first performed on Ed Sullivan, forvever altering popular culture. So let BEATLES WEEK commence! And who better to begin this Magical Mystery Tour through the Beatles’ comic-book legacy than the writer of the wondrous graphic novel, “The Fifth Beatle,” Vivek J. Tiwary: 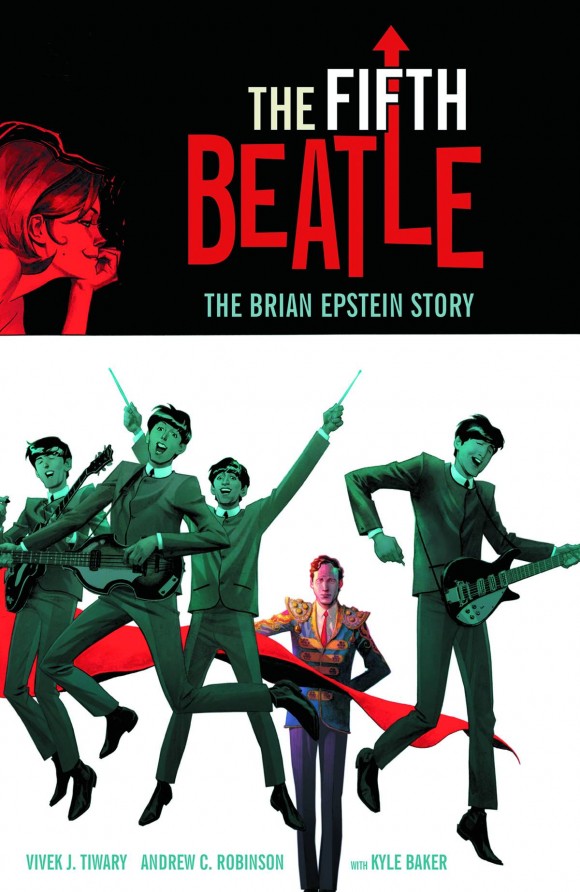 When influential music critic Dave Marsh gave Paul McCartney a copy of my graphic novel “The Fifth Beatle: The Brian Epstein Story,” Sir Paul read and responded with pleasure and admiration. I’m incredibly proud that Paul McCartney enjoyed my book, and I believe his reaction stemmed from a deep-rooted love for its subject, Beatles manager Brian Epstein…

But I suspect a part of Sir Paul’s response was also due to his longtime love of comics. This is, after all, the music legend who wrote a song called “Magneto and Titanium Man” and projected images of both supervillians alongside the Crimson Dynamo during his 1975-76 world tours (the characters’ co-creator Stan Lee thought this was “terrific”).

Indeed, the Beatles have had a long history with comics, although a curiously unofficial one. Many of the appearances of the Beatles in comics have been unendorsed or have been in the pages of decidedly non-Beatles books ranging from Betty and Veronica to Superman (in September 1964 Superman’s Pal Jimmy Olsen was “The Red-Headed Beatle of 1,000 B.C.”).* 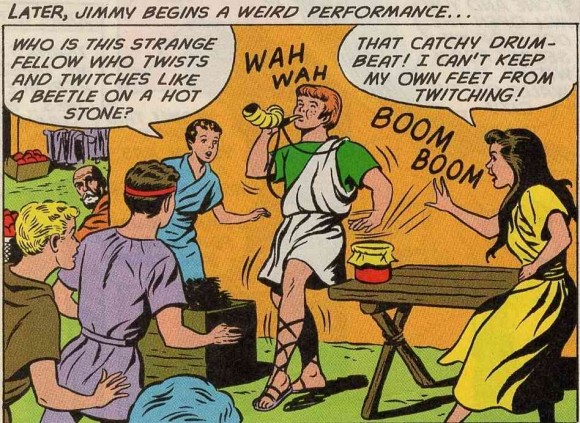 So it’s appropriately exciting that on the 50th anniversary of the band’s arrival on our American shores, 13th Dimension would dedicate a week to exploring stories about the Beatles in comics.

Indeed, one thing pop music and comics have had in common is our decades-long struggle to be taken seriously and viewed as art — not something to be just enjoyed in the moment, then disposed of and forgotten. Brian Epstein worked with unrelenting passion and persistence to bend the rules of the music industry, to allow his Beatles to push the boundaries of their art.

When the Beatles’ record label wanted them to cash in on their early mainstream successes, Brian fought for the band to move in the exact opposite direction — to take time off to study Eastern music and complex instruments like the sitar. Although ridiculed at the time, Brian’s vision cleared an industry path to release masterpieces like “Sgt. Pepper’s Lonely Heart’s Club Band.”

Brian’s efforts here aren’t unlike the efforts of today’s comics publishers and creators, many of whom are releasing books that can be enjoyed by a mainstream audience while still maintaining a high literary caliber.

How rock and roll is that? 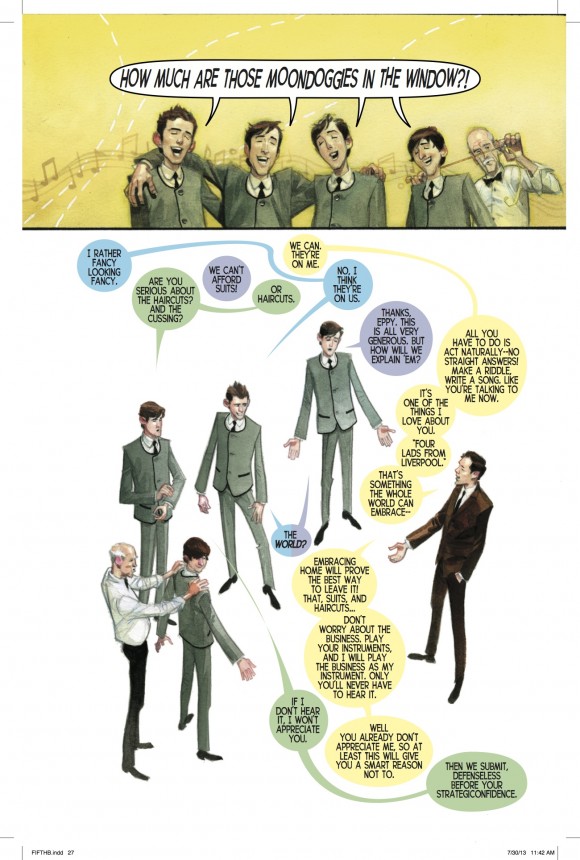 “I will play the business as my instrument.” – Brian Epstein in “The Fifth Beatle”

And there’s a history at work here as well. Just as I occasionally put on John, Paul, Ringo, and George as a reminder of what popular music can do for my soul, I’ll never stop reading classic Claremont, Miller, Moore, and Gaiman to be reminded of not just what comics can do for my heart, but the artistic potential comics offers me as a writer — the special boundaries that sequential art alone can gloriously and inspiringly push.

My parents introduced me to both the Beatles and comics, and I will be forever grateful to them. I dedicated “The Fifth Beatle” to my mother, whose spirit lives on in my book, her body having died from cancer when I was only twenty-three.

But most importantly, I hope we can do it while inspiring audiences, spreading love, and just having a damn good time. That’s what the Beatles and comics do at their very best.

* If this sentence leaves you fully fascinated or completely confused, check out my friend Fabio Schiavo’s book “The Beatles In Comic Strips.” 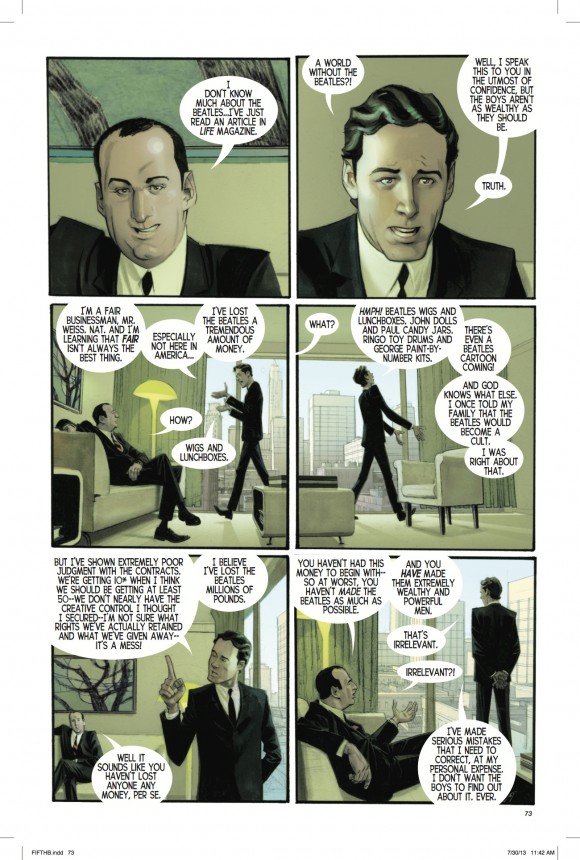 “There’s even a Beatles cartoon coming!” – Brian Epstein in “The Fifth Beatle”