THE ART OF CHARLIE CHAN HOCK CHYE is a Stunning Masterpiece

Sonny Liew’s magnum opus is destined to become one of this year’s most talked-about graphic novels. 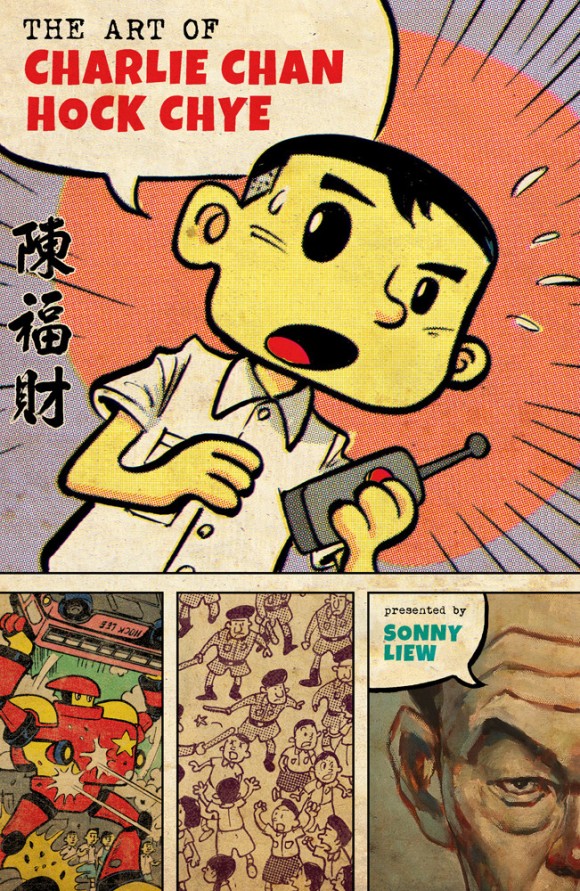 Like a lot of people, I first became aware of cartoonist Sonny Liew through his work with Gene Luen Yang on the immensely entertaining The Shadow Hero, which revitalized a long-forgotten Golden Age hero called the Green Turtle: 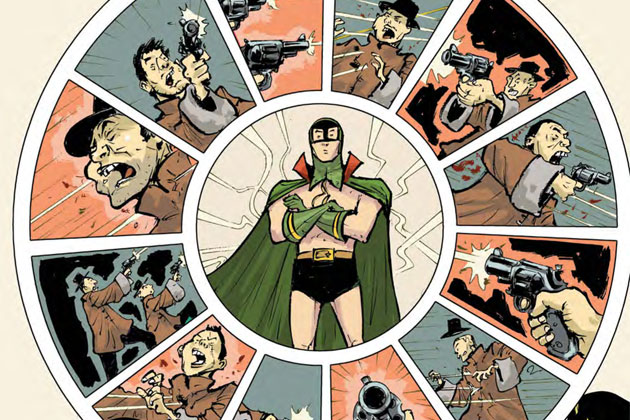 Then, I started seeing Liew’s work every month in Doctor Fate, another reinvention of a Golden Age hero, this time with Paul Levitz at DC: 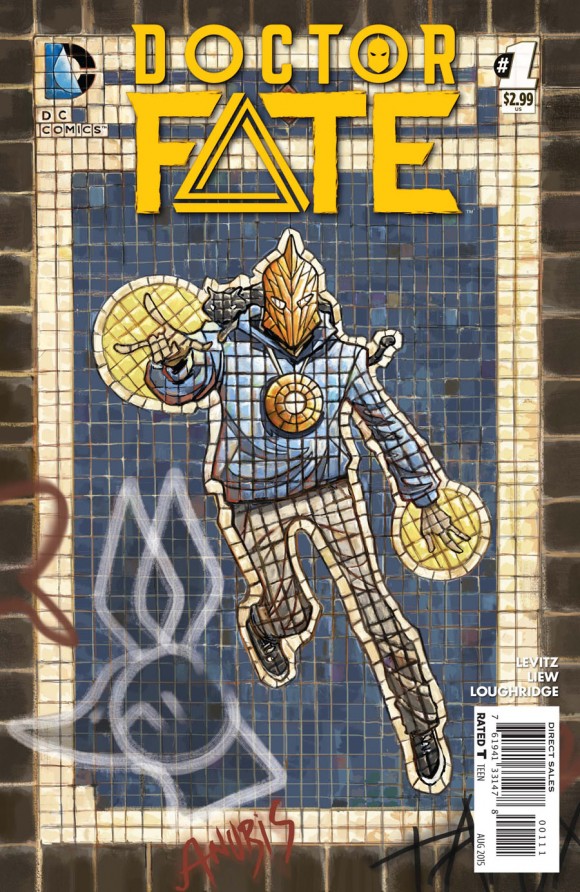 Through all of this, I’ve become acquainted with Sonny from afar. (He’s in Singapore, after all. I’m in New York.) And I’m telling you, his forthcoming graphic novel from Pantheon, The Art of Charlie Chan Hock Chye, will get a lot of attention stateside.

Easy Prediction No. 1: This will get play in crossover arenas like The New York Times Book Review.

Easy Prediction No. 2: This will get nominated for an Eisner and could win. 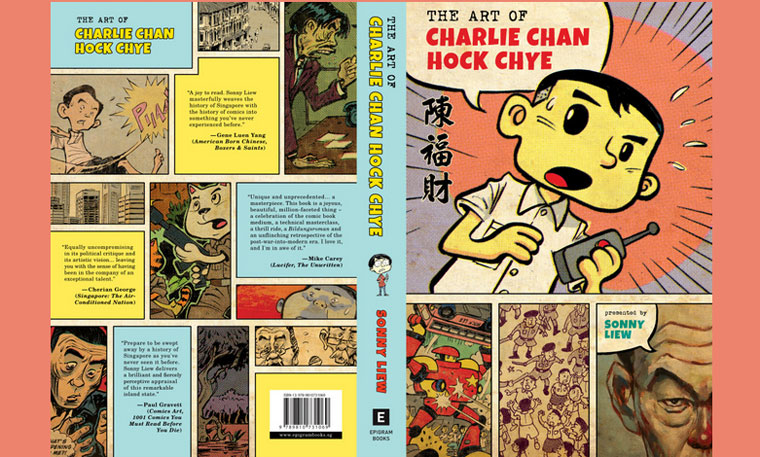 The Art of Charlie Chan Hock Chye conveys the history of Singapore through the eyes of its eponymous protagonist, a fictional cartoonist whose career parallels that of the world around him. It’s told in a variety of artistic styles and it comes off almost as a multimedia experience. It’s the visionary work of a major talent.

Like the best art, it rankled the authorities. His government funding was pulled because the work was deemed to be counter to the goals and views of the powers that be. (Check out a great interview he did with the Comic Book Legal Defense Fund, here.)

But now his work is poised to reach perhaps its biggest audience when it’s released soon in the U.S.

Sonny’s an affable sort and when I asked him how the whole project came together, his answer was typically insightful and nuanced. He also was generous with sketches and outtakes, which I’ve included with some completed pages:

“Hmmm, well, the basic concept came about when I was reading through books like Roger Sabin’s “Comics, Comix and Graphic Novels” and other coffee-table comics history books — where the story of comics was given a historical background. For example, how the popularity of different genres in American comics were affected by World War II or its aftermath, or underground comics (were) part of the 1960s counter-cultural movement… 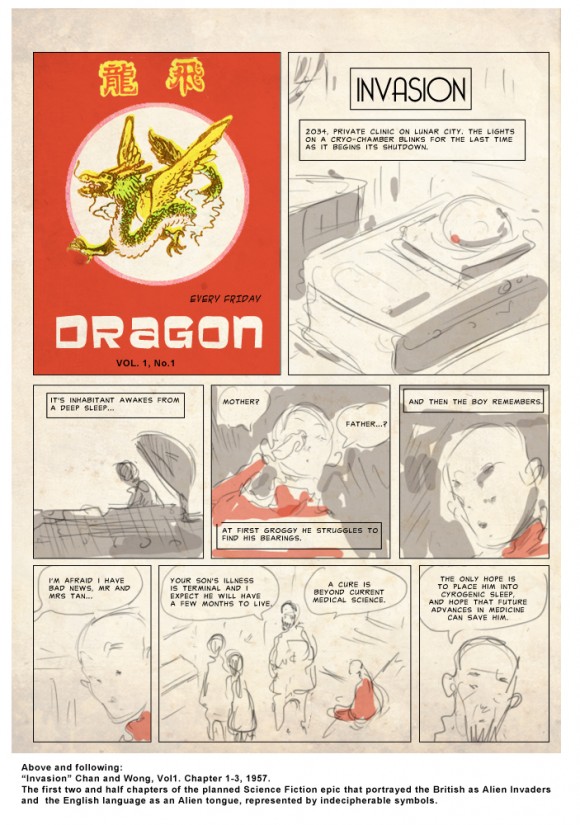 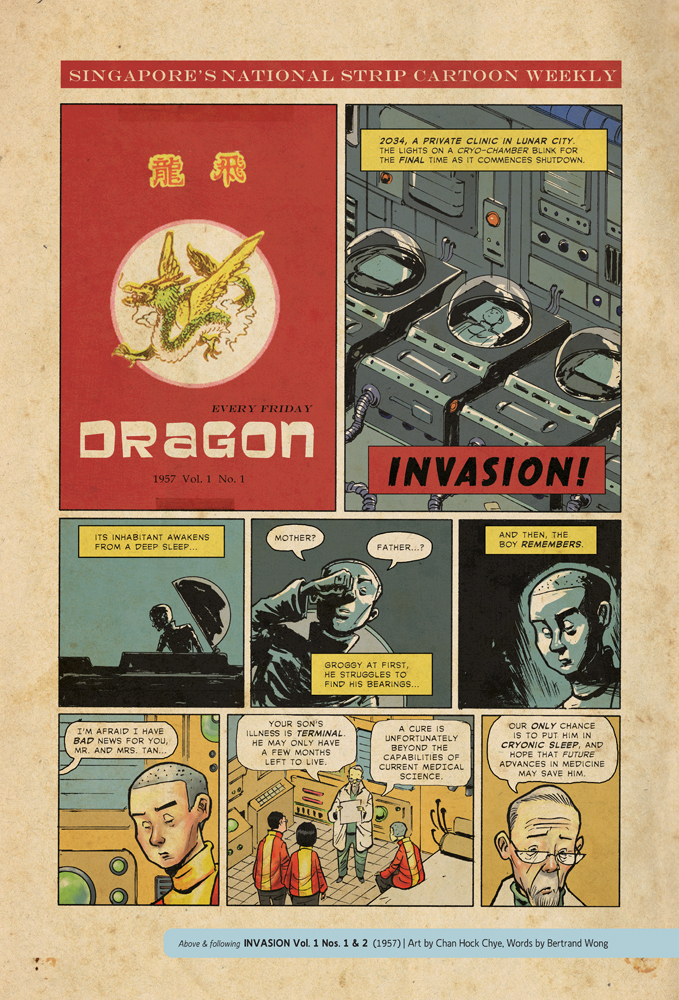 “It seemed to me that the thing could be flipped on its head somewhat, and you could tell the history of Singapore through a book that was on the surface about the history of its comics…

“And since it seemed as though there was a relative vacuum of actual comics artists in the past here, there was room to create whole generations of fictional ones, that this could bring in a level of Borgesian play, of snippets of comics that would be suggestive of whole libraries….

“So I thought I’d do a book modeled on Sabin’s, etc., with essays interspersed with excerpts. 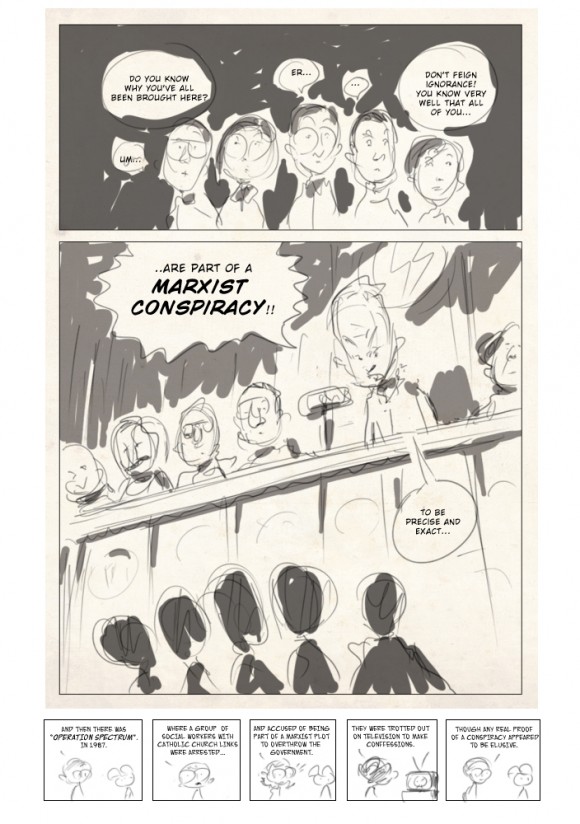 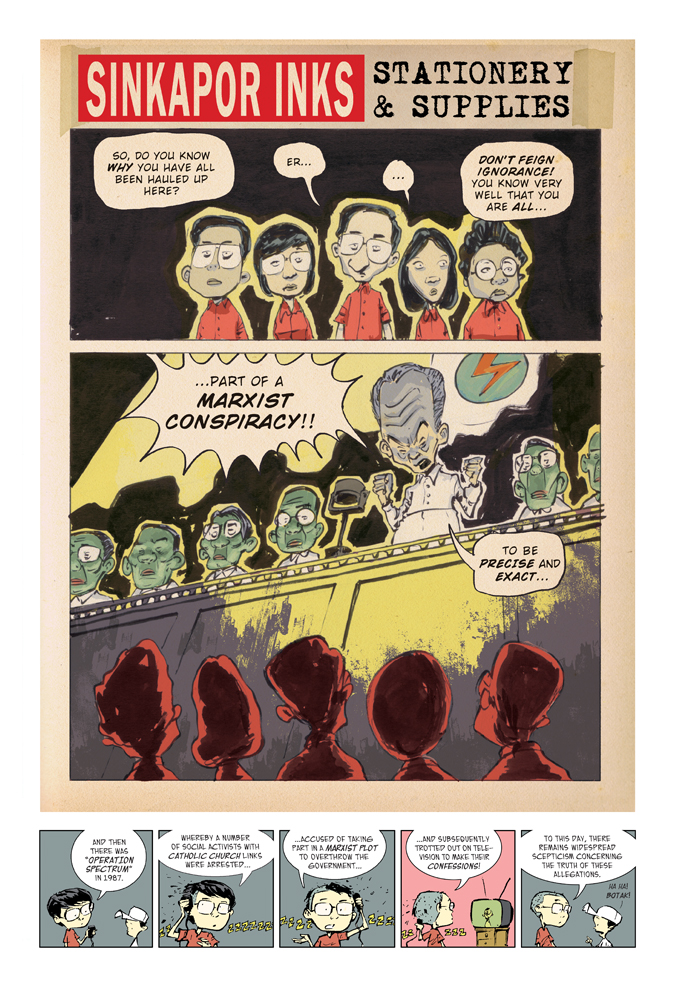 “When it came down to actually putting the idea on paper, though, I felt that having too many artists would just make the narrative thread confusing, so it turned into just one, and books like “The Art of Jack Kirby” (or Daniel Clowes or Harvey Kurtzman) became the model to riff off.

“And after that, I realized that I never ever read any of those books in a linear fashion, almost inevitably because of its nature/format (they’re coffee-table books after all) — and that the only one that came close was Scott McCloud’s “Understanding Comics.” So I ditched the written essays and turned everything into comics instead, and eventually it became this thing filled with different styles, mixing genres, that I hoped would draw the reader into reading from beginning to end in a more linear fashion.” 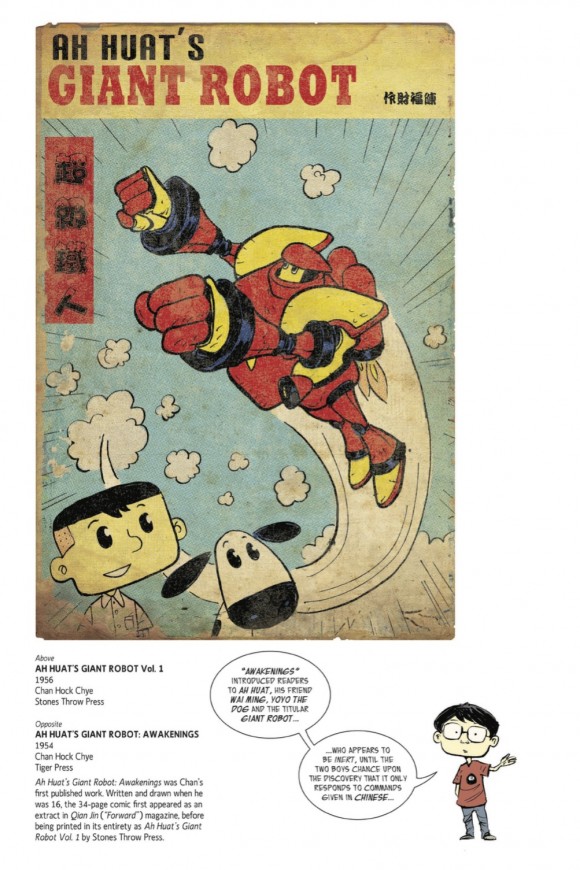 An example of a page from the book. In context, it’s part of the storytelling model. On its own, it shows you one of the many stylistic approaches Liew takes.

And where did he come up with the evocative name of the main character?

“A couple of things,” he said. “The most obvious would be the detective character, but for me the more personal connection was Wayne Wang’s “Chan is Missing,” itself a reference to the detective, that seminal Asian-American film about the search for the missing Chan that offers a complex portrait of both a person and community.

“It’s that complexity and layering, the sense of multiple perspectives that in my mind gave the name the right allusions.” 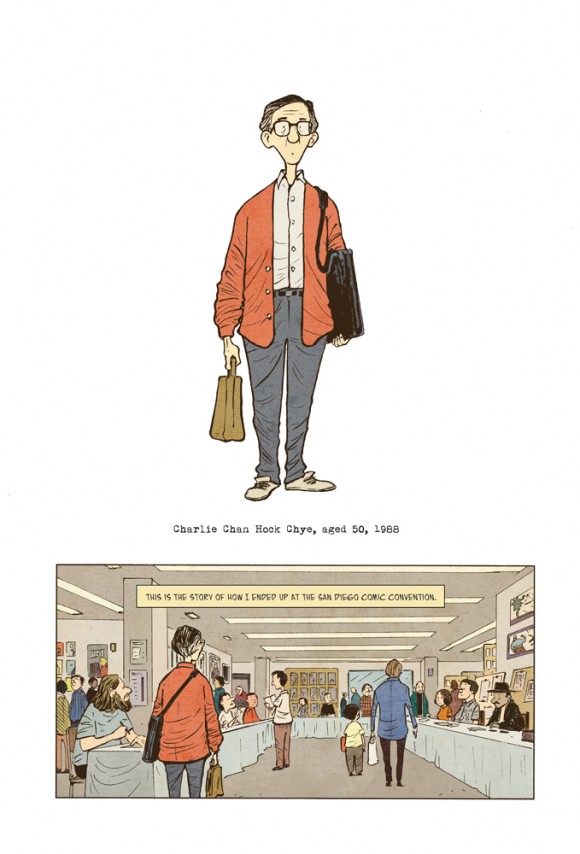 The Art of Charlie Chan Hock Chye is scheduled for a March release. The hardcover lists for $30.