The AQUAMAN TV Pilot — and What Might Have Been

Columnist Rob Kelly’s doing double duty here: He not only writes our REEL RETRO CINEMA column, he’s the world’s foremost authority on Aquaman, as evidenced by the late Aquaman Shrine, which lives on as a Twitter feed, and the Fire and Water Podcast Network. So like a certain peanut-butter cup, here are two great tastes that taste great together. — Dan

In 2011, DC Comics chose to make Aquaman a major part of their line-wide, universe-rebooting event known as the New 52. With a new series written by comics superstar Geoff Johns and drawn by the dynamic art team of Ivan Reis, Joe Prado, and colorist Rod Reis, the stage was set for Aquaman to assume his rightful place as one of the major pillars of the DC Universe, in the comics and beyond.

Aquaman—as played by Jason Momoa—would make his silver-screen debut in a wordless cameo in Batman v. Superman: Dawn of Justice, then appear in Justice League, and now, in his own movie. But things weren’t always this rosy for DC’s King of the Seven Seas.

In 2005, Aquaman—simply known as “A.C.”, made his live-action bow in an episode of Smallville. As played by Alan Ritchson, this version of the character was a brash young man whom the government deemed an eco-terrorist. After initially clashing with young Clark Kent, the two realize they have more in common than they first imagined, and A.C. leaves town promising to stay out of trouble…sort of. The episode, Aqua, was Smallville’s highest rated to that point, so show creators Miles Millar and Alfred Gough decided to create a new series based on the Aquaman concept. 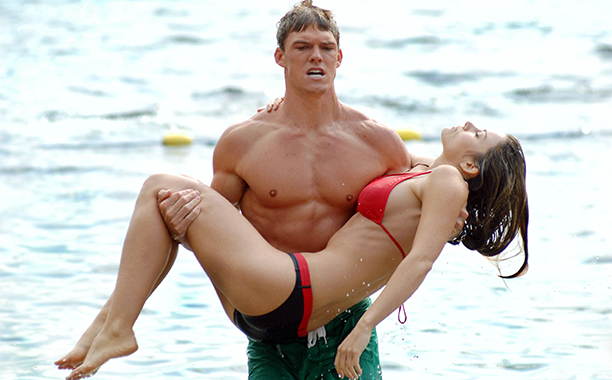 The show wasn’t thought of as a spin-off to Smallville, leaving it to chart its own course. The part of Arthur Curry was recast with Justin Hartley, and shooting commenced in 2006, with hopes the program would be picked up and aired the following season. But the CW passed, leaving Aquaman (aka Mercy Reef) as just another unsold pilot.

But producers Millar and Gough had such faith in Aquaman that they managed to get the one episode released on iTunes, an unprecedented move at the time. It became a massive hit — becoming the #1 most downloaded show on the platform. Reviews were mostly very positive, leaving people to wonder why the CW didn’t give the show a chance. Hartley was then tapped to play Oliver Queen on Smallville, and that, it seemed, was that. But now that we’re just days away from Aquaman becoming a big-screen movie star, we’re giving Aquaman the pilot a second look: Is it any good?

The show opens a few years in the past, with young Arthur and his pilot mother Atlanna (Daniella Wolters) flying over the Bermuda Triangle. Atlanna’s necklace suddenly starts to glow and a beam of light erupts from the ocean, causing a cyclone that brings the plane down. Atlanna is kidnapped by an undersea creature, but not before she manages to give Arthur the necklace, calling him Orin. 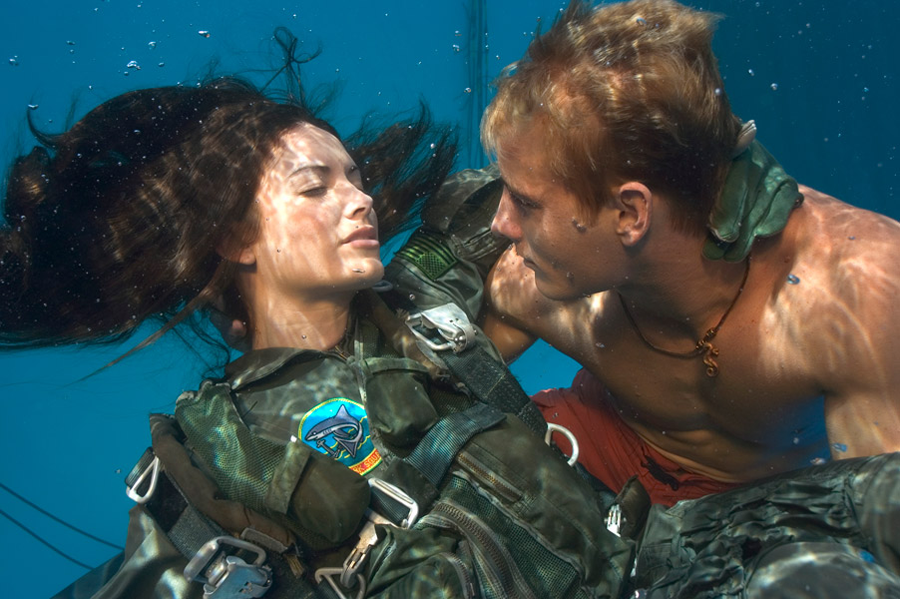 Ten years later, a grown-up Arthur (Hartley) is visited by the local police for releasing captive dolphins from a marine park. Despite this, Arthur barely bothers to contrive an alibi. His Navy officer father (Lou Diamond Phillips) bails him out of trouble, giving him a lecture on responsibility. Promising to grow up (sort of), Arthur tells his friend and business partner Eva (Amber McDonald) that he felt like the dolphins were “calling” to him. Later, he is approached by an intimidating man named McCaffery (Ving Rhames), a lighthouse keeper who seems to know an awful lot about Arthur.

Meanwhile, the Coast Guard picks up an unidentified man floating in the Bermuda Triangle, and a pilot named Lt. Torres (Denise Quiñones) is sent to investigate the area. Her jet crashes when Arthur’s necklace emits a surge of light, like what he saw as a child. A U.S. Navy Admiral named Brigman (Rick Peters) transports the unidentified man to a secret Navy installation, and persuades Torres to join his team, whose mission is finding a connection between the disappearances of thousands of individuals, and their reappearance years later without seeming to have aged at all. The truth is out there!

That night, Arthur meets a sultry young woman named Nadia (Adrienne Palicki), who convinces him to go skinny-dipping (it doesn’t take much). Nadia reveals herself to not only be a siren, but the one who took his mother all those years ago. Arthur escapes, but only thanks to a little help from McCaffery, who has clearly been keeping tabs on our hero-in-waiting. 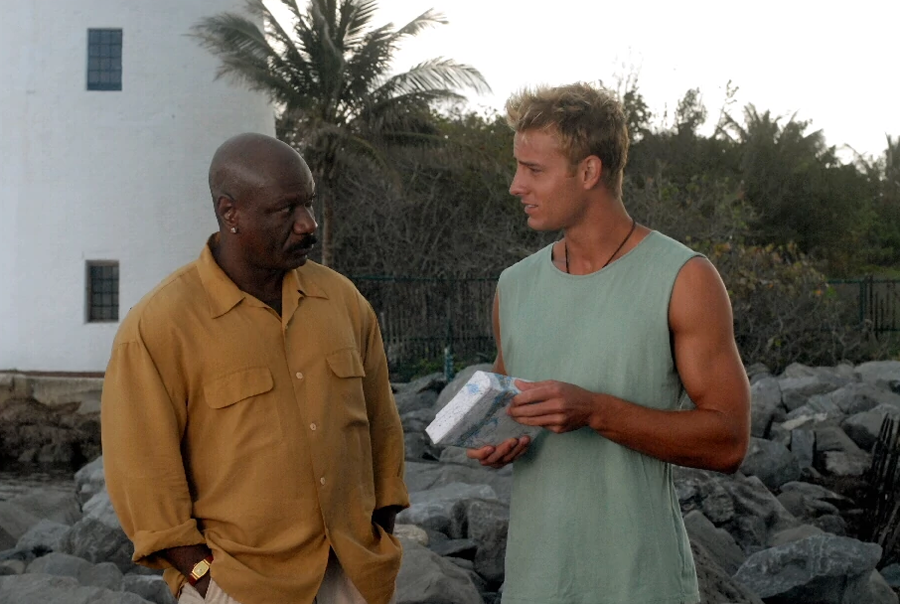 McCaffery explains that he, Arthur and Arthur’s mother are exiles from Atlantis, and that Arthur is heir to the throne. Nadia returns and injures Eva, capturing Arthur. When he wakes up, Arthur finds that Nadia has also kidnapped McCaffery, with plans to bring them both back to Atlantis to be executed. After Arthur gets ahold of some water, his strength returns and he kills Nadia. The next morning, McCaffery explains that there will be more creatures that will come looking for Arthur and his training should have started years before. Arthur agrees to go on what will undoubtedly be a difficult journey to find out who he really is.

Aquaman takes a great many liberties with the concepts it is ostensibly adapting. By setting up Arthur as the trainee and McCaffery as his mentor, the show is essentially Buffy the Vampire Slayer set on the water (with a dash of The X-Files thrown in). That’s a time-tested formula for a TV show, adding credence to the idea that the producers could imagine getting 100 episodes out of Aquaman. Of course, it’s also borrowing from their own Smallville series, showing us a young man on the road to becoming a legendary hero.

But the real question when watching any TV pilot is, do you want more?

Pilots are inherently a built-in contradiction, because you really can’t expect a show to get it 100 percent right at the very start. (Of the hundreds of first episodes I have seen, Cheers has the only pilot I can think of that doesn’t need to be graded on a curve.) But at the same time, that’s exactly what’s expected of it. It’s a lot to ask an audience, “Trust us, it’ll get better. Just keep watching.” 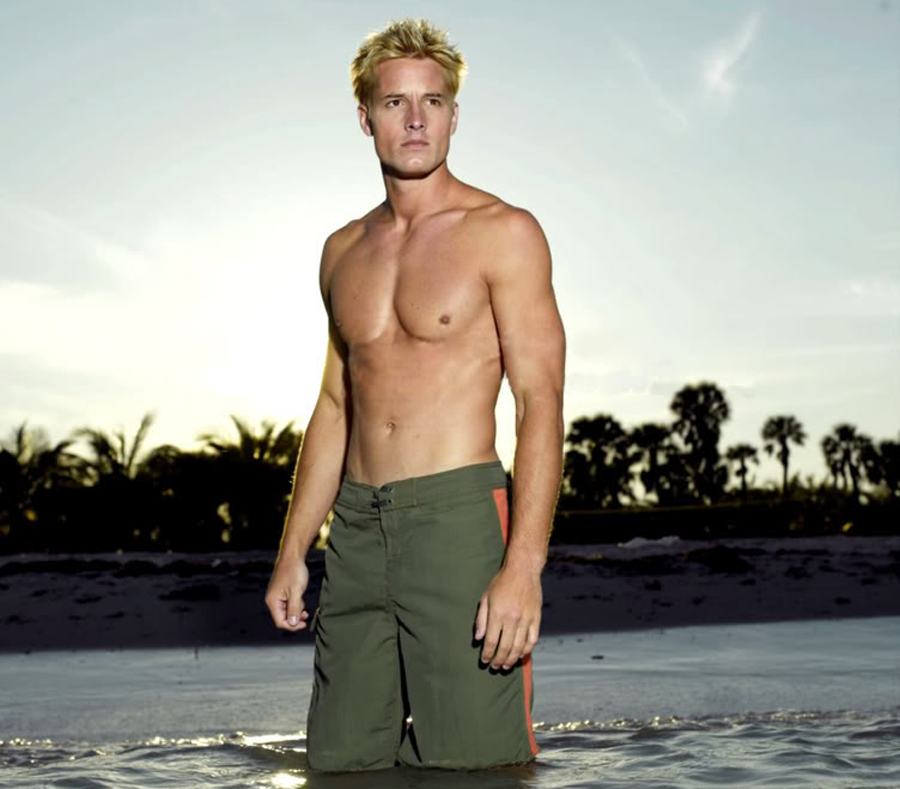 Justin Hartley, now a regular on the smash This Is Us, acquits himself well enough as Arthur Curry. He certainly seems more thoughtful than the “brah” version we saw on Smallville, and Hartley certainly looks the part: This being a CW show, there are many, many scenes of Hartley and his six-pack abs, as well as other young people in as few clothes as possible. Adrianne Palicki (who would notch another failed superhero pilot on her resume when she played the title role in 2011’s proposed Wonder Woman series) is essentially given some seaweed pasties to wear, before she morphs her hands into razor-sharp claws, which she uses to try and kill Arthur.

The effects are fine, pretty standard for TV in the mid-2000s. So while there’s nothing all that exceptional on display here, you can see where the show might have been able to go, if given the chance. It would have been interesting to see how they pulled off Atlantis, had they ever gotten there, on a TV budget. Like Smallville, I can imagine it would be the final episode when Arthur finally puts on the orange-and-green suit and fully adopts the name Aquaman.

My favorite part is the opening scene with the adult Arthur, where he is arrested for freeing captive dolphins (while wearing green shorts and an orange tank top, a nice touch). It is Aquaman’s commitment to his finny friends that, to me, is the essential component for any take on the character. You can change everything else about him, but in my mind if Arthur isn’t looking out for the creatures of the sea, then he ain’t Aquaman. It gives the character a great streak of roguish rebellion, and as Hartley has proved on his later series, his All-American Boy looks help sell that, to other characters and the viewing audience.  (I imagine Aquaman not selling was a huge disappointment to him at the time, but considering what a massive hit This Is Us is now, he’s probably pretty happy with how things worked out.)

For many years, I was convinced Aquaman the character was never going to catch a break. They put him in Smallville, and it’s the show’s highest-rated episode. So he gets his own pilot, but it isn’t picked up. His appearances on the animated Justice League Unlimited were, well, limited because of a side licensing deal that never resulted in anything. He was killed off in the comics, and it seemed like Aquaman might never really return to prominence, in any form.

But now we can see that a wave was building, and is about to crest In movie theaters across the world. Even if the Aquaman movie isn’t great, it assures that the character will live on and on, and be available for future generations to enjoy and look up to.

Which, to me, is the greatest victory of all for an Aquaman fan.