What is a great hero without a great sidekick?

Not much, really. The sidekick gives the hero support, someone to save and sometimes just someone to talk to.

Writer Pierrick Colinet knows from sidekicks. His new, creator-owned ComiXology Originals series Superfreaks — with co-writer Elsa Charretier and artist Margaux Saltel — is all about the plight of the sidekick. The 5-issue miniseries takes place in a world where all the superheroes have disappeared and the proteges left behind have to step up to the challenge of an Earth-shaking crisis. Are the kids alright? You gotta read the story. (Click here for more info.) 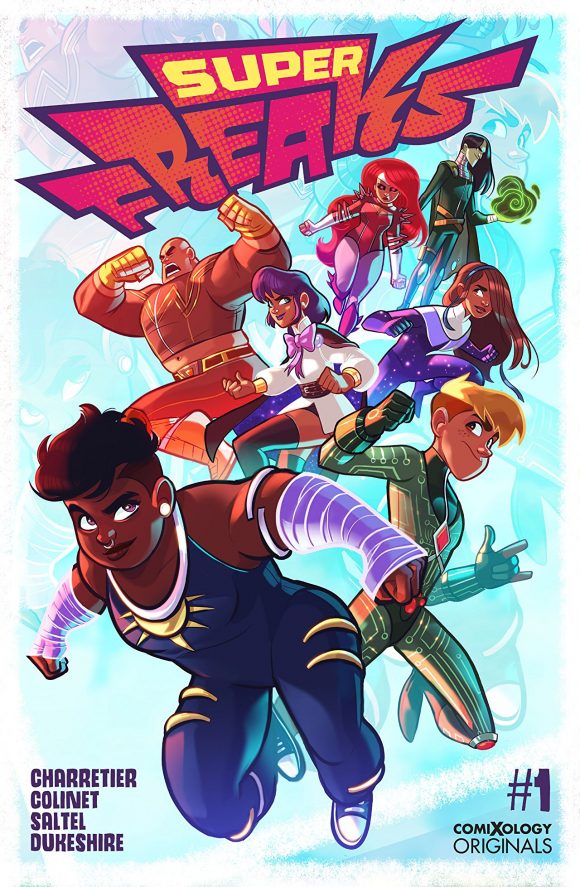 But with sidekicks on the brain, Pierrick has decided to be as bold as his young charges — not just picking THE 13 GREATEST SIDEKICKS IN POP CULTURE, but ranking them, as well.

13. Bronn, Game of Thrones. I can’t think of a better way to kick off this favorite sidekicks list than by featuring Bronn. When you think about it, he’s rather perfect for the job. A great sidekick should be able to complete the hero’s set of skills while still bringing some contrast to their personality and style. That’s the case with Bronn. Merciless, cynical, witty, he brings his own point of view on the Westeros events as well as providing the best synthesis of the depth and paradoxes of George R. R. Martin’s universe.

And ice on the fire cake, he’s actually sidekicks to two heroes. If Jamie and Tyrion do not have much in common personality-wise, Bronn can make them both shine. 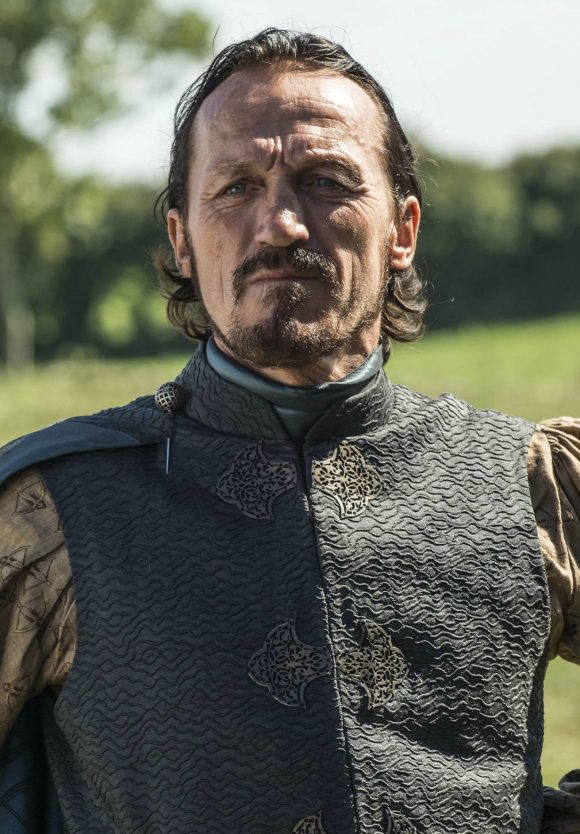 12. Sancho Panza, Don Quixote. He could be called the pioneer, the Original. If we had to retain one single trait in the sidekick, what would it be? Bravery? Maybe. Physical strength and fighting skills? Nah. Loyalty. Loyalty is all we need in the end.

And who is more loyal than Sancho Panza? The guy follows his former master after he’s read too many knight stories, has become completely nuts and has decided to start his own quests. He will never let Don Quixote down. Until the end, he will follow the delusional old man, will protect him, and will even encourage him. I mean, that’s dedication. 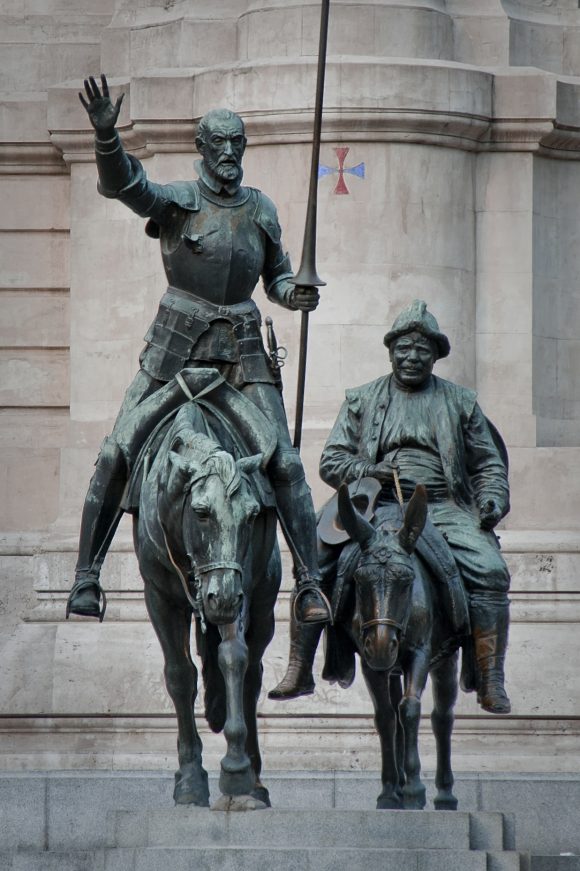 11. Dr. Emmett Brown, Back to the Future. Doc is really special to me. I watched Back to the Future so much my VHS tape died. I could recite all the lines by heart and pretty much memorized all the shots of the movie. Yet, something struck me recently. Like any other kid, I wanted to be Marty and tag along with Doc in his crazy time-traveling adventures. I wanted to be the sidekick. But recently, after re-watching the movie with my 30-something eyes, I realized that Doc IS the sidekick. And that’s what makes him so special. An adult, brilliant scientist, becomes friends with a teenage boy without ever judging or looking down on him. That relationship of equals and mutual respect makes Emmet Brown the perfect sidekick. 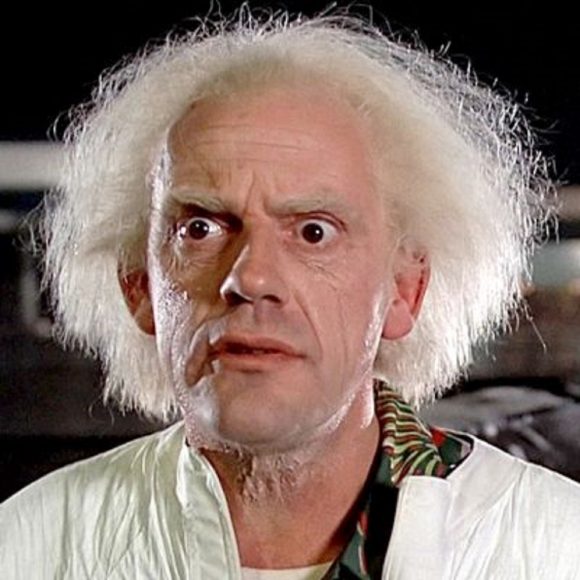 10. Dr. John Watson. Above, I mentioned the secret to a good sidekick. How they are supposed to be an addition to the hero’s personality. Watson takes the concept further. Everyone knows about the exceptionally intelligent Sherlock Holmes, he’s the world’s greatest detective. (You heard me right, Batman.) Yet, one Holmes’ greatest strengths is also his greatest weakness — and that’s where Watson comes in. More than an ally there to support Holmes, he balances out his overbearing personality. 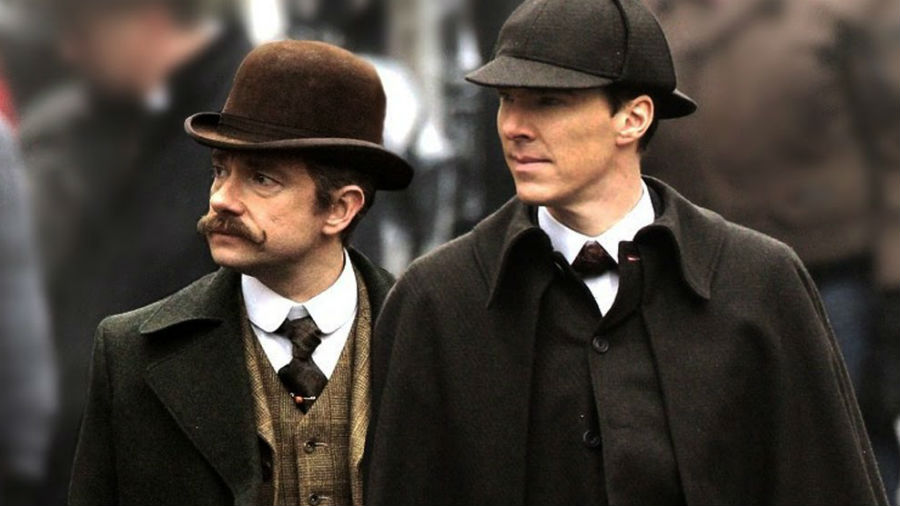 9. Hit-Girl. The youngest sidekick on this list (not by much), but certainly the most violent. Created by Mark Millar and John Romita Jr. in 2008, she has quickly become a major character of the comic-book scene. Like all of Millar’s creations, she has this little something that makes her completely unique. She doesn’t let her age or gender be an obstacle to her mission, and unlike most other sidekicks, she doesn’t shy away from the spotlight. She actually kind of steals the show. 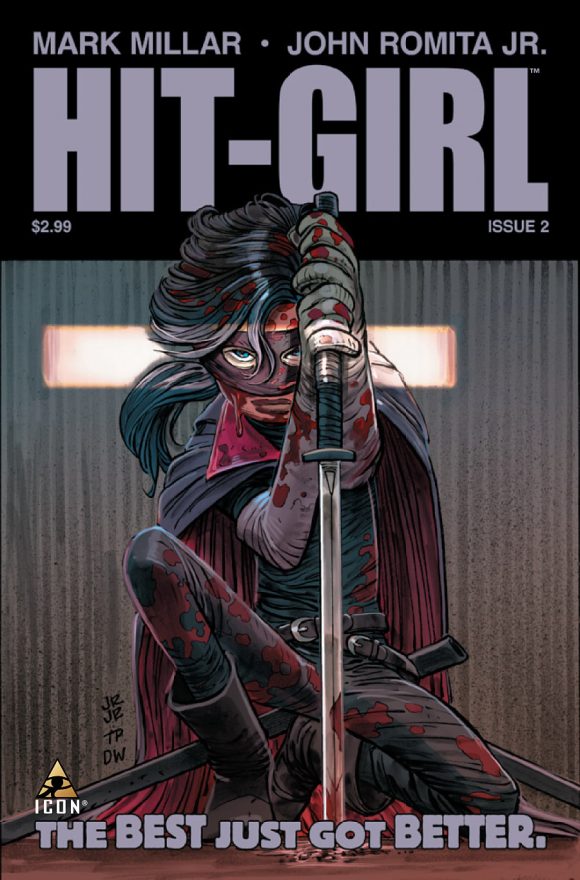 8. Morty, Rick and Morty. A grizzled grumpy scientist travelling through time with his teenage sidekick? Why does this seem so familiar? That’s what’s incredible about Dan Harmon’s work. No one can use the codes like he does, featuring such familiar characters and settings and making it something dramatically different. Rick is not Doc Brown, and Morty and not Marty.

Harmon writes Morty like the kid who was watching Back to the Future. The fan, the nerd who, much like myself, burned through their VHS copies. Morty’s not very bright, speaks with a stutter, and terribly lacks confidence. So why does he make such a good sidekick? Because he really TRIES. He listens, learns, evolvea and even though his kindness makes him easy to manipulate, he’s able to stand up for himself and push back when the time requires it. Giving the awkward kid, for once, a chance to be the hero. 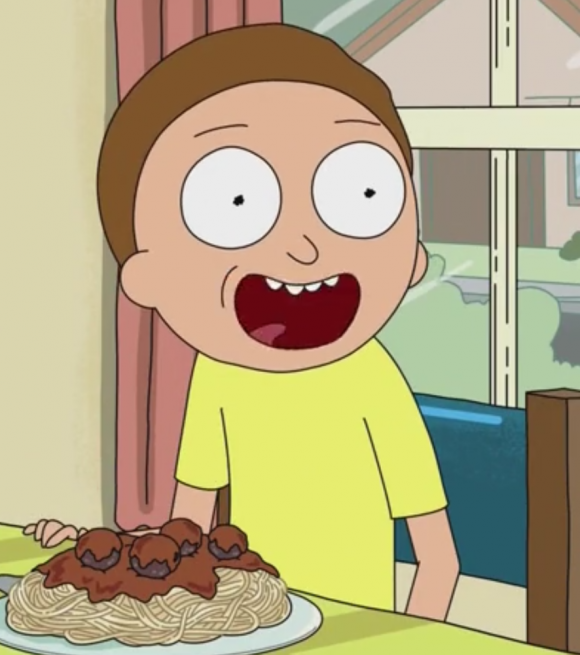 7. Samwise Gamgee. Lord of the Rings. Talk about perfect sidekick. Samwise clearly is… and maybe a little too perfect. It is rather rare to have a sidekick who’s better than the hero in pretty much everything. Sam is probably one of the most honest (if not the most), the most incorruptible, character of the entire saga. He doesn’t belong in the original Fellowship, but God will he make up for it. He will lead with devotion the quest to Mordor, will save Frodo’s life countless times, will carry him on his back all the way up to Mount Doom and will even make sure the ring has been tossed in the lava.

Being a sidekick is not only about assisting the hero — it’s also about being a beacon in the night, making sure the hero doesn’t get stuck in his darkest place. Quite literally, here. 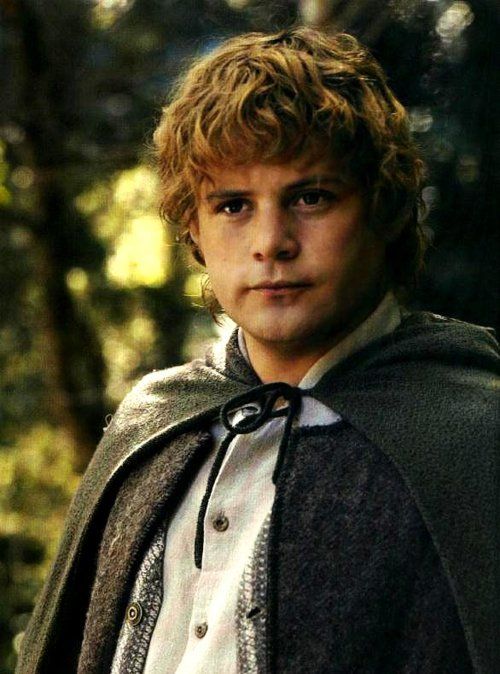 6. Spock, Star Trek. We could talk about Spock’s implacable logic that allows Kirk to be a better person. Or about his mixed heritage, Vulcan and human, which in the ’60s made this unique character a true symbol.

This sense of brotherhood was to me the essence of the show. The spectator sees Kirk’s true greatness through Spock’s eyes and vice and versa. But what makes Spock even more interesting as a sidekick is his ability to touch the spectator beyond the screen. His logic and detached view on humanity give us a whole new perspective on ourselves. Holding a mirror so we get to see who we really are and can become better humans. I sometimes wonder if Spock isn’t the sidekick of us all. 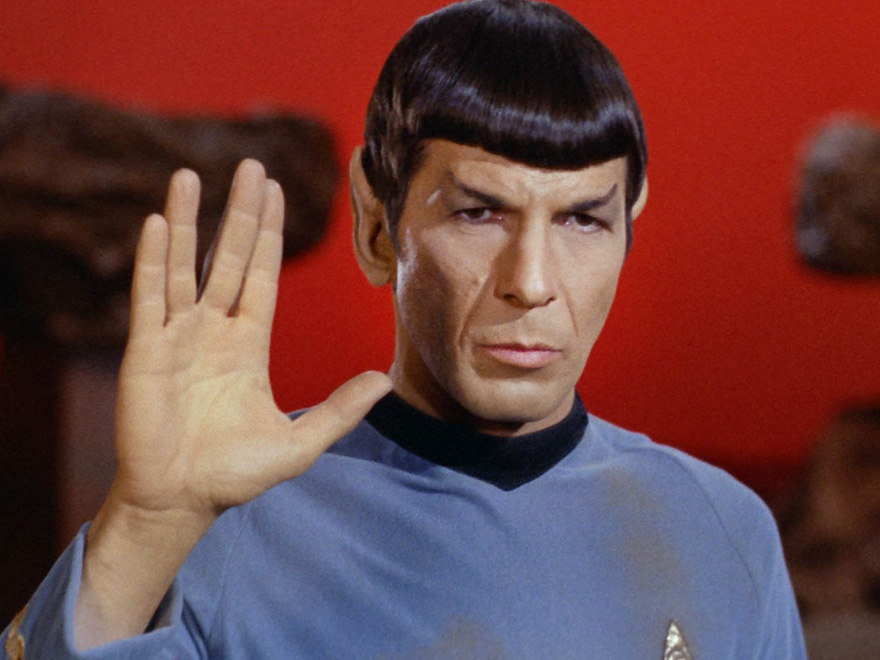 5. Short Round, Indiana Jones and the Temple of Doom. There was this tradition in ’80s and ’90s movies that I miss terribly — the gimmick of throwing kids in the way of the hero. Like Grant having to deal with Tim and Lex while also trying not to be eaten alive by a dinosaur. It allowed a younger audience to be completely involved in the story. And believe me when I say that 6-year-old me was in that Jeep when the T-Rex burst through the window.

But the kid sidekick isn’t always the one who needs saving: Indiana Jones has countless enemies, but he is also blessed with extremely faithful friends, and Short Round did his share of saving Indy’s ass. They developed a really touching relationship that makes this kid quite different from the other allies of Dr. Jones. Add to that a great sense of bravery and honesty, and that makes him the sidekick every kid wants to be. 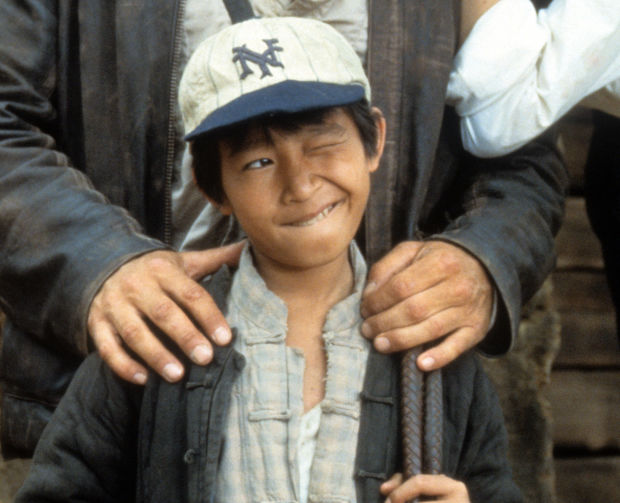 4. GLaDOS, Portal. As we discover in Portal, there can be a fine line between sidekick and nemesis. OK, GLaDOS’ goal is to throw you test after test like you’re some sort of lab rat. OK, she knows that all the other ones before you died trying to pass the tests. OK, she promises you a cake that’s in fact a lie, but in the end, doesn’t she make the hero better, smarter, stronger?

We do what we must
Because we can
For the good of all of us.
Except the ones who are dead.

Contrary to other murderous AI like HAL 9000, she actually lets the hero try. She will even make you care about her despite all the murder attempts and the manipulations. And when at the end of Portal 2, you’re finally out of the lab-prison, her goodbye song will break your heart. Yes, we are sad to leave the psychotic serial-killer robot who has kept us captive for days and tried to kill us in a crazy, cruel experiment.

OK, maybe there’s a fine line between being a sidekick and the Stockholm Syndrome. 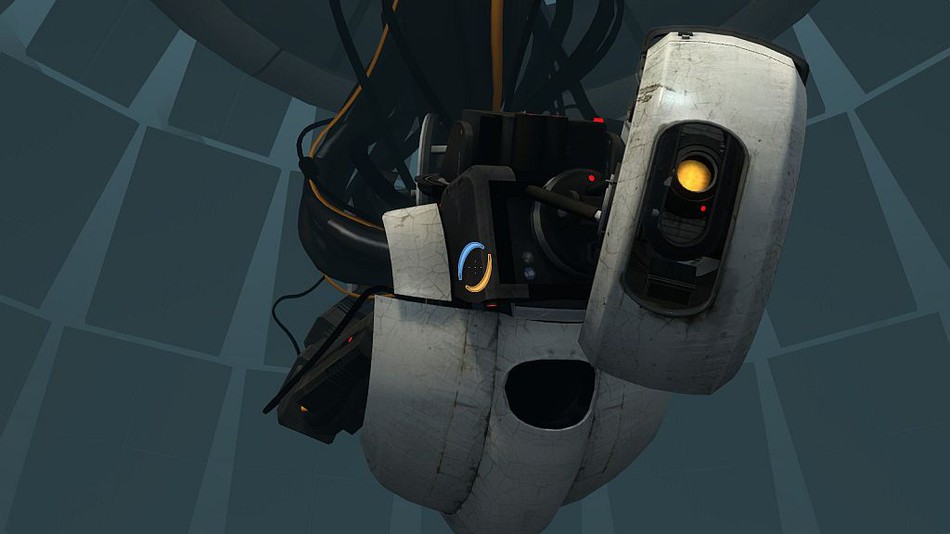 3. Willow, Buffy the Vampire Slayer. Sometimes, characters introduced as sidekicks will take more and more importance to the point of becoming heroes themselves. Much like Dana Scully, for instance.

And other characters, like Willow, who, even though she’ll never leave her sidekick role, also becomes the hero of her own story. She’s not as strong as the Slayer — we can even say she fades behind Buffy (at least at the beginning) — and she shows a lack of confidence. Yet, she’ll never stop being an essential part of the gang. She’s smart, caring, supportive, and we love watching her grow episode after episode into a powerful witch. 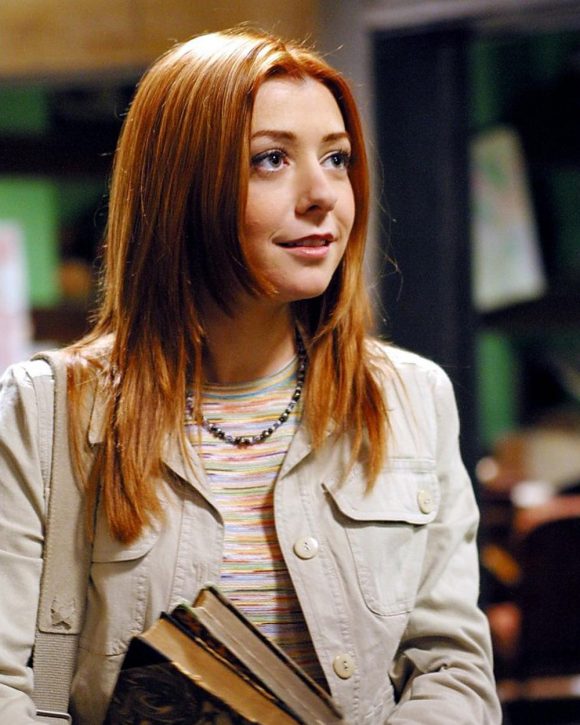 2. Dick Grayson. Well, this one doesn’t need any introduction. Ask anyone to give you the name of a superhero sidekick, and Robin will be the first one mentioned.

Introduced in Detective Comics #38 by Bill Finger, Bob Kane and Jerry Robinson, only survivor of his acrobat family, the Flying Graysons, he is taken in by Bruce Wayne. Soon, Dick will become the first Robin, Batman’s sidekick — the one who started it all.

But his story doesn’t stop there. As the years go by, his character becomes richer. He will become the leader of the Teen Titans, will fly solo as Nightwing and will even take over as Batman for a couple periods. There’s also this complex relationship with Batman/Bruce that makes him different from the other Robins. He is the incarnation of the sidekick who sees in the hero a father figure. 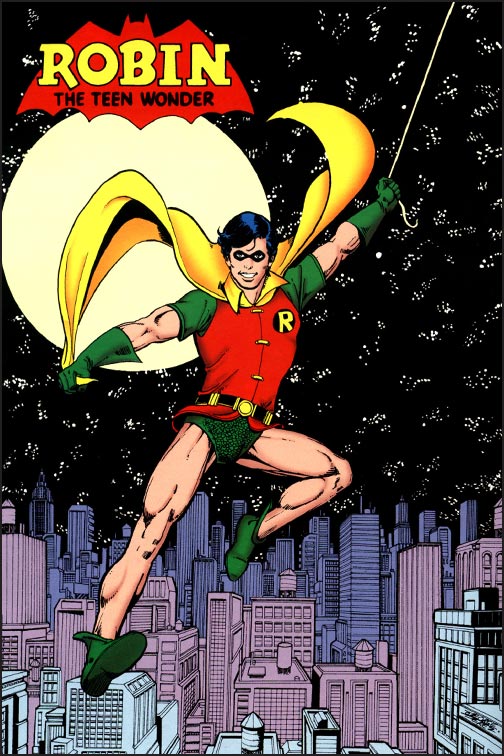 1. R2-D2. Artoo is not just a good sidekick. He is the ULTIMATE sidekick. Picture a faithful sidekick, brave, always there for the heroes, talented, who’s not afraid of a challenge, and who never asks for anything in return.

Artoo sticks with every hero, from movie to movie, and comes to the rescue of Obi-Wan, Anakin, Padmé, Luke, Leia, Han, EVERYONE! Without him, no last-minute repairs on the Naboo Royal Starship, no Leia sending her distress hologram, and Luke would remain lost in The Force Awakens. 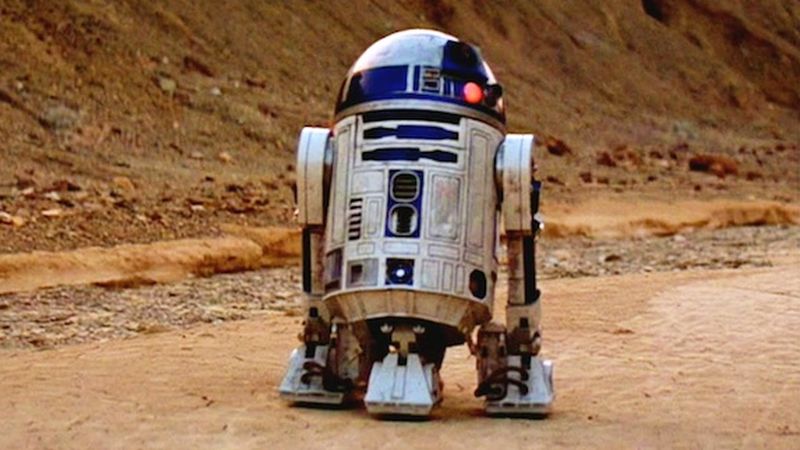 Wait a sec… Is it possible that Artoo is in reality the true hero of the Star Wars saga? Which would mean that all the other characters are sidekicks?!

So many new sidekicks…

God, I have to start over.