To the creators and exhibitors — and most of all, the fans — a hearty tip of the cowl to you! 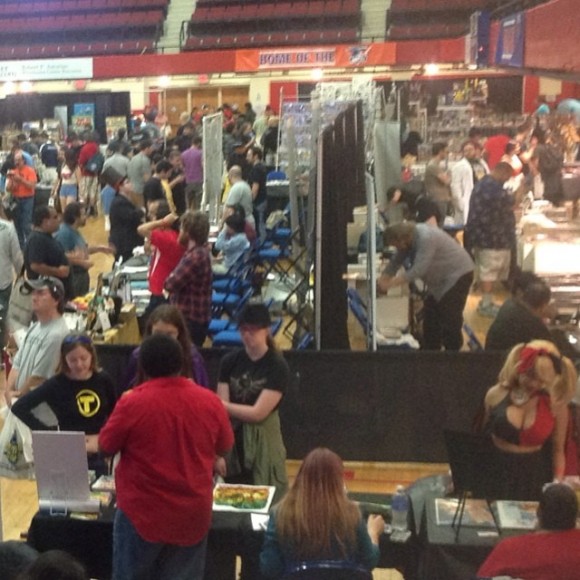 The fans! The dealers! The exhibitors!

Funny how things turn out.

Like most of you, I’m a fan. That’s really what it comes down to. I have a website to play with, sure. But that’s window dressing.

I’m a fan. I love comics. Almost as much as I love anything.

About a year ago, I got to talking with Cliff Galbraith about putting on a comics show at the Westchester County Center in White Plains, N.Y., which just happens to be where I live. This was before 13th Dimension was even a discussion between us.

Well, flash-forward to this past weekend, and there it was — the New York Comic Fest, just about a mile from my house.

And here’s what Cliff, our partner Rob Bruce and I have to say about it:

We kept typing a list of the creators and exhibitors we wanted to thank but not only did it get really long, we realized that doing so only risked offending somebody — which is the last thing in the world we’d want. We don’t want to leave anybody out. We just hope we thanked you enough privately.

Instead, we’ll let just a tiny number of pictures that people posted on social media (and elsewhere) help tell the story: 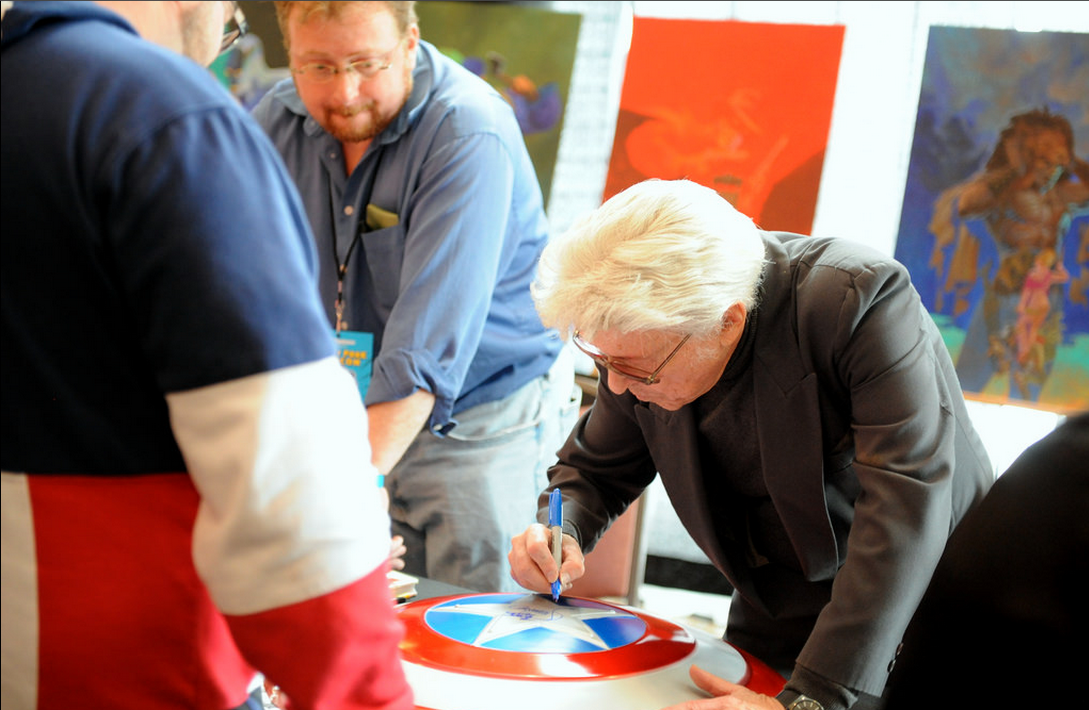 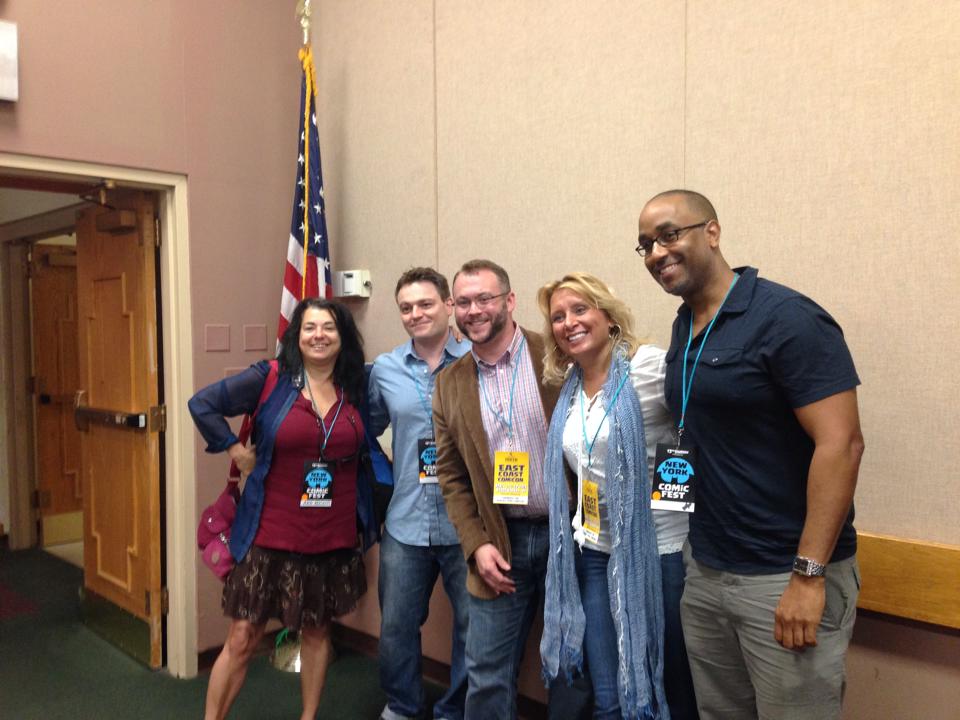 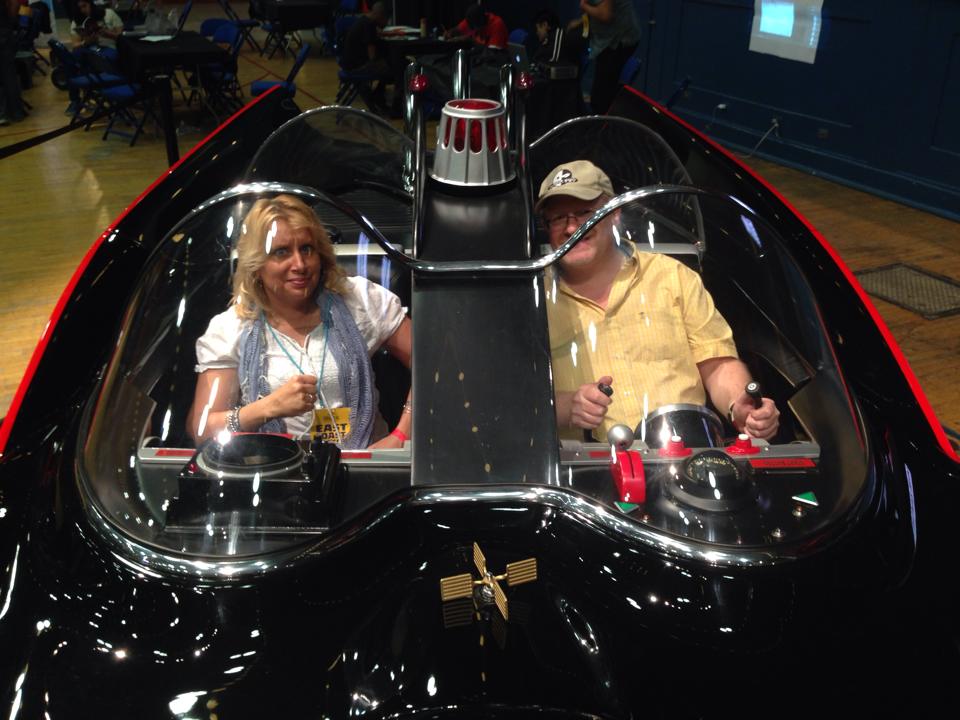 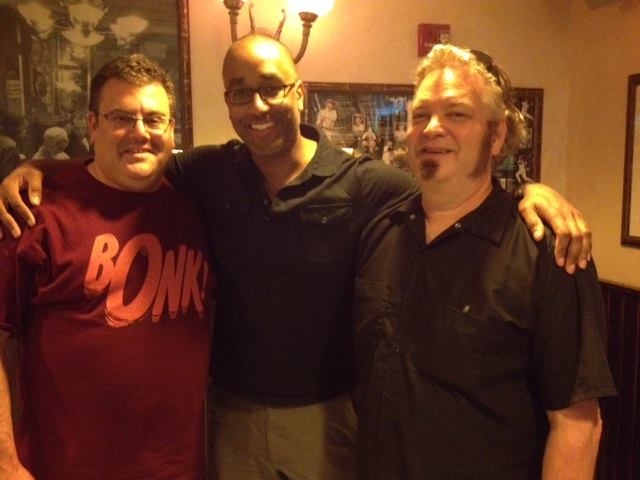 Me, Shawn Martinbrough and Cliff!

On a more personal note, even if a bunch of crickets showed up at the County Center, two things happened that made the day enormously memorable: 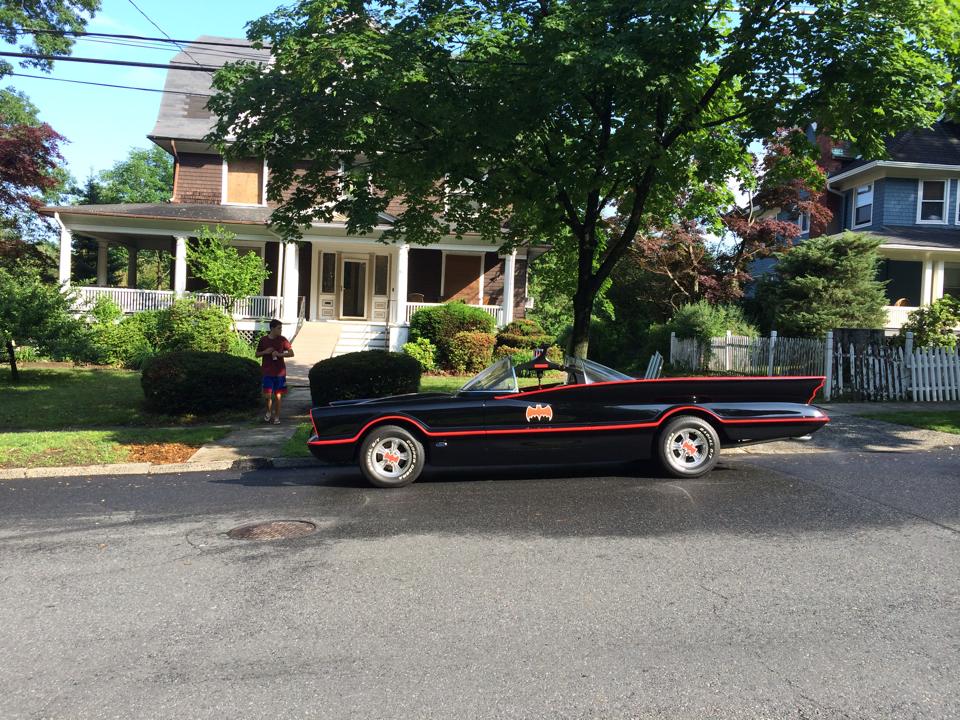 The Batmobile picked me up. At my house. And drove me to the show. This is Jeff Breden’s masterpiece, and I can’t thank him enough. (And, no, Stately Greenfield Manor has not been condemned. That board in the window is because of some post-fire renovations. It’s OK — everyone’s fine.) 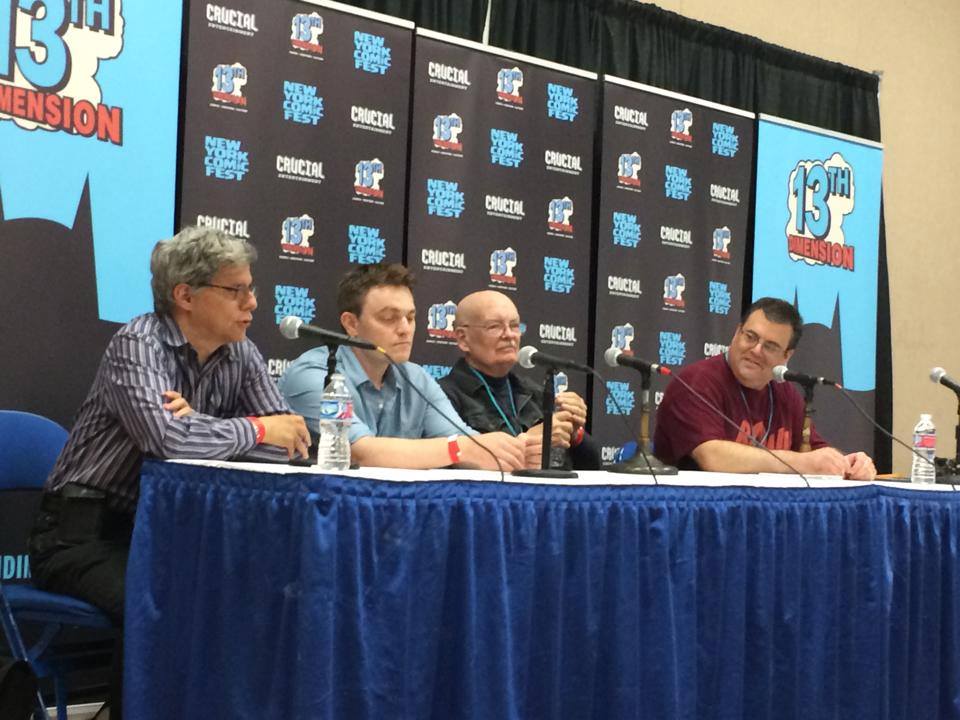 I moderated a panel with Paul Levitz, Scott Snyder and Denny O’Neil on Batman’s 75th anniversary. (Check out Hannah Means-Shannon’s excellent coverage of it over at Bleeding Cool.) Anyone reading this site knows how much Bat-DNA there is in it, and in me.

Anyway, we’re done with our own shows for this year. Next year, on the other hand, we have these to look forward to: the East Coast Comicon at the Meadowlands in New Jersey … and the New York Comic Fest — both two-day events!

We hope to see every one of you there once again. And bring even more of your friends!