Talking With MOON KNIGHT’s Greg Smallwood — and an EXCLUSIVE Look at #8!

Home » PREVIEWS » Talking With MOON KNIGHT’s Greg Smallwood — and an EXCLUSIVE Look at #8!

Issue #7 came out this week … and we already have a look at #8, plus a MIGHTY Q&A with rising star artist Greg Smallwood.

About a year ago, I came upon Dream Thief from Dark Horse and talked with creator/writer Jai Nitz, a very cool dude. I liked the fact that he and his artistic collaborator both lived in Lawrence, Kansas, where my wife went to college. They even met through a local comics shop I’ve visited. Yay, small world.

It’s a terrific book, with a great premise. But I also very clearly remember thinking: “Greg Smallwood is going to be huge.”

(Oh, and yesterday, we had this interview with writer Brian Wood. He called Smallwood’s work on #8 — first seen here — “amazing,” “innovative and benchmark-setting.”) 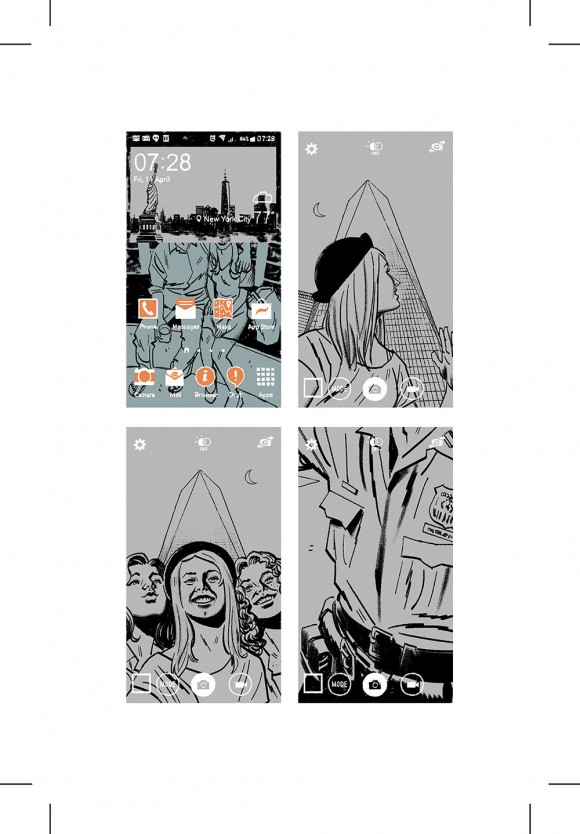 Dan Greenfield: Dream Thief was a creator-owned situation and you’re taking the leap to a Big Two book. How did you react when you first got the offer? What did you tell Jai Nitz?

Greg Smallwood: I was pretty shocked when Nick Lowe made the offer.  I honestly didn’t think an opportunity like this would come along so soon.  Unfortunately, the good news was tempered with a bit of bad news and having to tell Jai I couldn’t finish Dream Thief: Escape was difficult.  We’re good friends and you never want to let down one of your friends. Fortunately, Jai was incredibly understanding and my job on Moon Knight doesn’t mean we won’t be able to do more Dream Thief together in the future. In fact, we’re both working on the third volume right now.

The difference between working on a creator-owned comic and working on a Marvel book isn’t quite as big as you would expect. I’m still given a lot of freedom when it comes to visually telling the story and the team’s goal is the same — making a good comic. Nick, Brian, and Jordie are all dedicated to making the best comic they can and that’s really all that matters. No one is half-assing it. 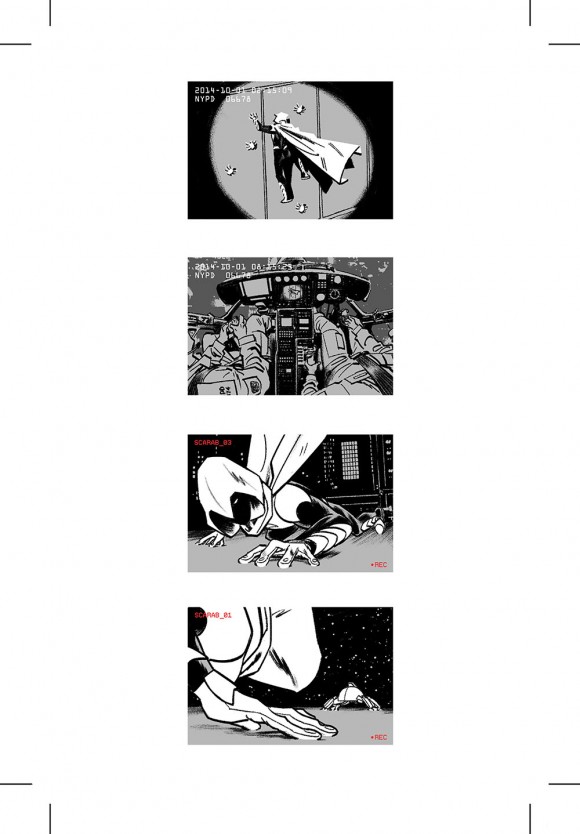 Your style has a real noir sensibility but it also really plays up the cartooning aspect of comics — using sound effects as part of the layout, for example. Tell us about some of your biggest influences and your approach.

I’ve always felt that my work looks boring with a standard layout so spicing up the design is my way of making up for my less-than-flashy style.  But it’s also just a way to take advantage of the medium.  Throwing the action inside a sound effect is something you can only do in comics so why not go for it if it helps the story?  I love movies but I don’t want to be one of those artists who just imitates film and ignores all of the possibilities the comic book storytelling has to offer.

As far as my art style itself, I like to straddle the line between realism and cartooning.  I want readers to get a sense of place and character but I don’t want my art to be lifeless. Cartooning and stylization is what adds life to the art.  The noir-ish aspect of my art is just pure laziness; the more black ink I put down on the art, the less I have to draw. 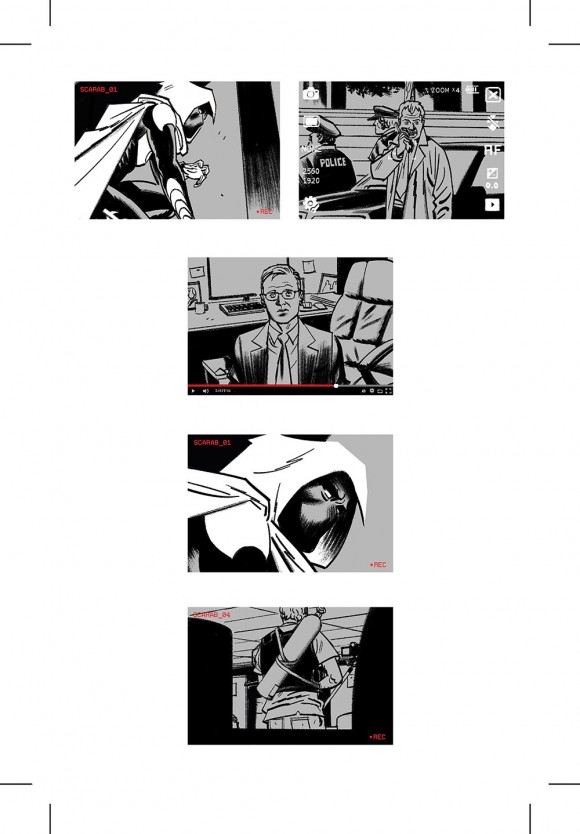 How long have you been a Moon Knight fan, or is this your first real exposure to the character?

My first exposure to Moon Knight was the first issue of this current volume. Declan and Jordie’s approach drew me in and Ellis’s streamlined plots won me over. There’s still a lot about Moon Knight that I don’t know about but I’ve been going back and reading older issues to get a better sense of the character.

What goes through your mind when you have to follow such a critically acclaimed creative team?

Panic. As thrilled as I was about the opportunity, I was a bit hesitant due the intense love that fans have for this book.  Declan is now the standard for Moon Knight but I’m still hoping to win over readers.  I’m carrying over a lot of what Declan started but I also feel that my style is different enough to avoid drawing too many comparisons.  The only thing I can really do is focus on making a good comic and delivering the best art that I can.  Whether or not the fans respond positively to it is out of my hands.

How much interplay is there between you, Brian and Jordie Bellaire?

We’ve been working pretty fast and furious so I haven’t gotten a chance to sit down with Brian and really talk about the book but I figure we’ll get an opportunity once we all come up for air.  Jordie and I have gone back and forth about her approach but I’m pretty content with letting her do her thing.  I feel like we’re all on the same exact wavelength so, to be honest, long talks about where we’re going with the book seem sort of redundant.