I’m a pretty big DC fan, as regular readers here know. But an old friend stops by to talk about his disenchantment with the state of things — yet experiences a glimmer of hope. — Dan

A somewhat surprising thing happened last week at the comic book shop. It came only a few weeks after something absolutely, undeniably shocking occurred:

I bought comics for myself published by DC Comics.

Not for my daughter, who loves Tiny Titans, Teen Titans Go! and Superman Family Adventures. Nor were they a gift for anyone. Nope, the first two issues of Secret Six were picked up for my own reading pleasure. And so far, it’s been an enjoyable experience, one I honestly thought I was going to deny myself the rest of my comic book-reading life. 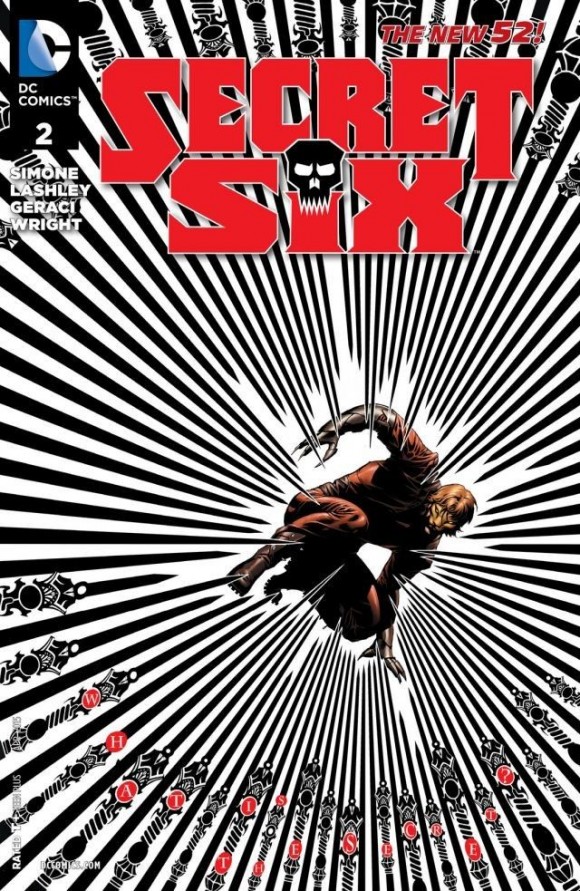 You see, this is far from my first dalliance with DC. Though 99.9 percent of the books I pick up now are from Marvel (the other .1 belongs to Secret Six), that wasn’t always the case. I’d say I was more of a 50-50 reader with decades devoted to both publishers.

That is, until the New 52 came along.

Up until that point, I was reading JLA, JSA, Titans (the excellent, underrated book with Deathstroke forming a team), Green Arrow and Secret Six (the best incarnation of the title, in my opinion), among others. But then, the rumblings that I had heard about for a few months came true: DC was doing away with the majority of things as we’d known them, ret-conning origins left and right, and starting up some new titles. 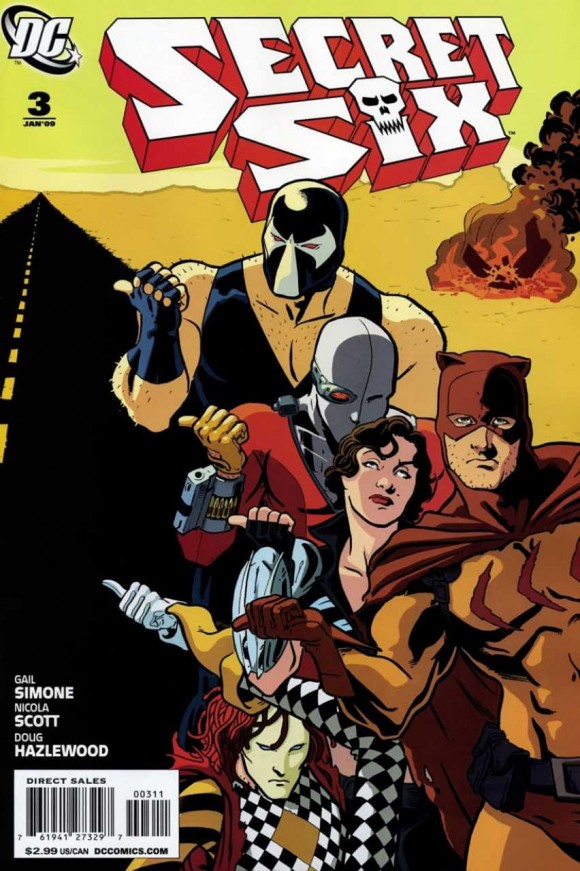 Like a large number of DC fans at the time, I was outraged. How could they make Cyborg a founding member of the Justice League? Why is Green Arrow so young? Where in the world is the Justice Society?

And why, oh why, was Arsenal fighting crime in a trucker’s hat?

I gave it a try for a few months, reasoning that perhaps it’d be kind of fun to follow all these changes from the start. I bought the first issues of Aquaman, Detective, Mr. Terrific, Deathstroke, Suicide Squad, Justice League, Grifter and Green Arrow.

I made it to #4 with Detective and finished the first Justice League storyline. With the other titles, I was one and done. I just couldn’t get past the radical re-do’s and didn’t feel like putting in the effort to make it work. 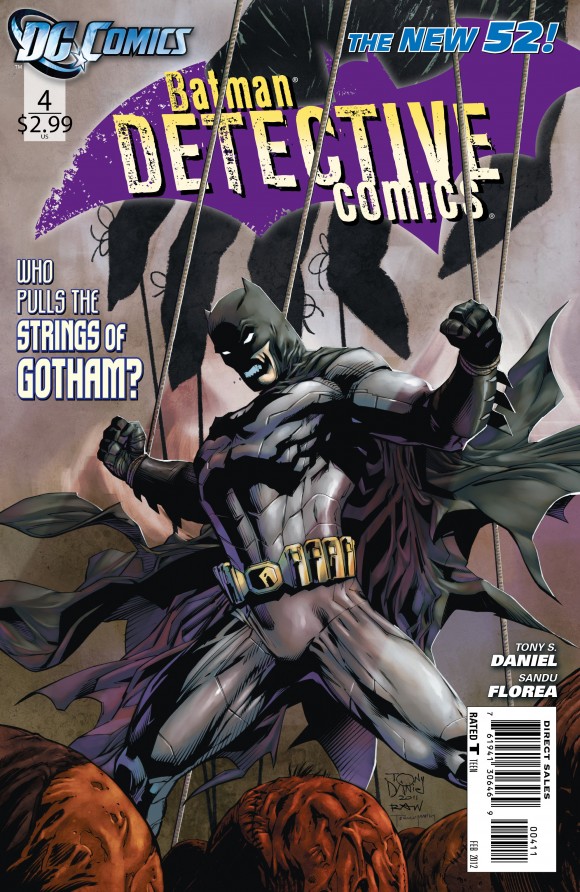 So I left. Thirty years of DC Comics reading, done—just like that.

But whenever I went in the comic book shop, I felt a sense of sadness as I walked by the DC section. And I couldn’t figure why DC hadn’t reverted to the old ways. Weren’t there enough readers out there as disappointed as I was to make a difference?

It looked like things weren’t going to change, so I ended up just throwing myself into Marvel full on, with time-displaced X-Men, burgeoning Avengers teams and a Superior Spider-Man more than enough to keep me occupied. 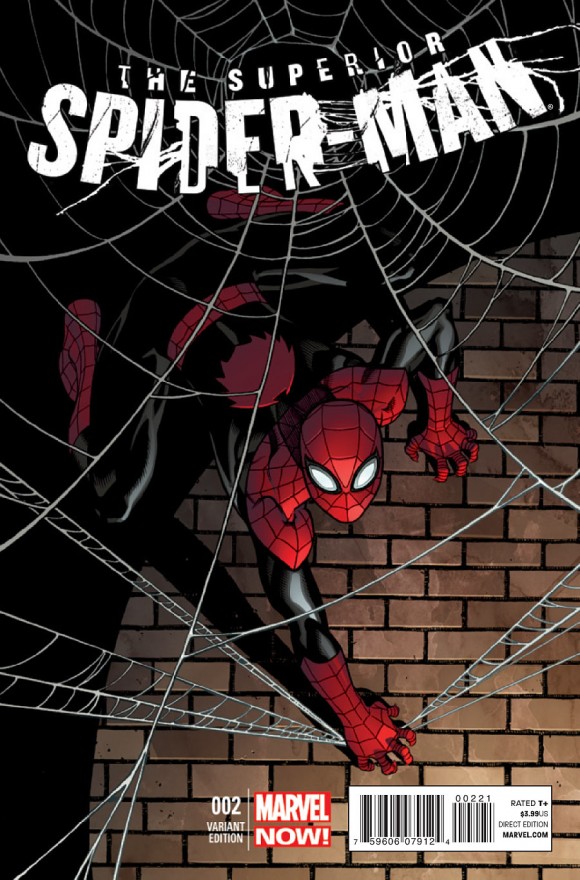 My bitterness toward DC actually began to diminish a few months ago. For one, I decided to give the CW’s Arrow a try. Green Arrow is one of my all-time favorite characters and what happened to Ollie in the reboot was a near travesty, as far as I was concerned. But the show put its own spin on his origin and once I let go of thinking it was mocking the character, I was able to enjoy it.

Then I saw a Batman book that kicked off the current Endgame storyline, with the cover showing him battling the Justice League. “Hmm, intriguing,” I thought. “Why not give it a read?” And I’ve been following along since, reading it when I go in the shop. I also happened to start browsing Red Hood and the Outlaws, even catching the origin story of the trucker-hat-wearing Arsenal. 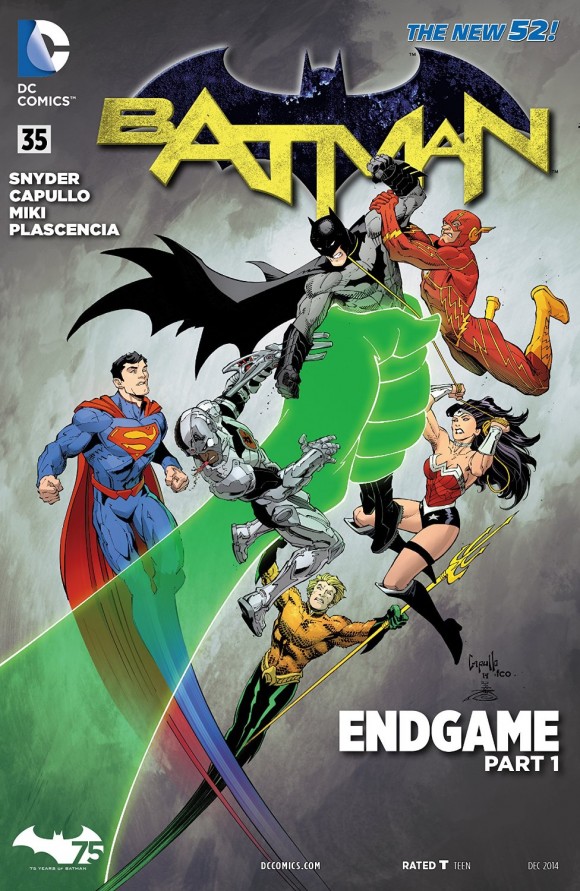 I still had no intentions of actually buying a book—until I read Secret Six and said, “Hey, this is good stuff.”

And just like that, the nearly three-year streak was over.

Now, I can actually look over at the DC section without disdain because hey, there might be something else that catches my eye. I’m not setting out to beef up my comic collecting anytime soon, but perhaps there’s something from the impending, so-called New 49 that might be worth adding.