SUPERMAN and the Thrill of Chasing That Elusive Collectible

Hey, get this: Superman co-creator Jerry Siegel was born 104 years ago today. Perfect time to run this piece by podcaster/filmmaker extraordinaire Anthony Desiato about Superman and the thrill of chasing down that collectible that you’ve always wanted. Even if you’re not a fan of the Man of Steel, Anthony’s experience is universal. Dig it. — Dan

While the internet has made it possible to find and buy almost any collectible with relative ease, it is the thrill of the hunt that keeps collectors flipping through back-issue bins at comic shops and rummaging through tubs of loose action figures at conventions.

There’s a charge that comes with chasing an elusive item and — with the right mix of persistence and timing — finally finding it.

Which brings me to this year’s New York Comic Con.

“Excuse me,” I said to the gentleman working in a vintage toy booth. “Do you mind if I move this?” A wooden case with a glass cover sat atop another of the same kind. Only about a third of the lower case was visible, but I instantly recognized the loose — yet pristine — action figures neatly laid out within. They belonged to the beloved Kenner Super Powers line. 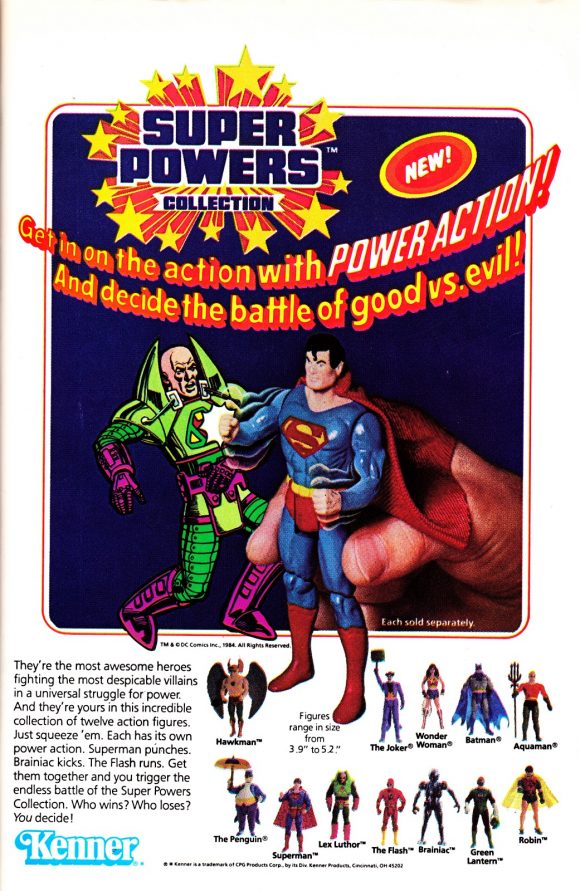 For anyone not familiar — though you almost certainly are — this 1980s toy line won the hearts of a generation of fans for its simple yet classic depictions of DC’s heroes and villains. By the end of Super Powers’ relatively brief three-year run, Kenner had produced eight vehicles, one playset, 33 regular-release action figures — and one mail-away exclusive: Clark Kent. Not carded like the others in the line, Superman’s alter ego arrived in mailboxes in a plain cardboard box.

I only even learned about the Clark Kent exclusive in recent years, when I began researching the Super Powers series for a collecting-themed season of my podcast, My Comic Shop History. Before that, though, Super Powers played a small yet pivotal role in my fandom.

When I was 5, I was introduced to comics thanks to The Death of Superman. But before I saw the Man of Steel go the distance against Doomsday, I owned and played with the Superman action figure from the Super Powers line. It had been more or less a random purchase during a visit to the local KB Toys some time earlier. Yet thanks to that action figure, I knew who Superman was, making his fight with Doomsday all the more intriguing. Without the toy, I don’t know that the comic would have spoken to me the way it did.

Over the next two and a half decades, I would go on to collect single issues, graphic novels, action figures, statues, and original art (a short-lived pursuit, thankfully, for the sake of my wallet). I even collected basketball cards once upon a time. Now, I mostly consider my hardcore collecting days behind me. I do collect Funko POPs, but in a far more casual way than I did the other items. I don’t even feel the need to get every POP in a series. (Usually.)

As for Super Powers, I’ve managed to avoid falling down the completist rabbit hole there too. With the exception of Superman, which I purchased mint-on-card on eBay some years back (my own childhood toy long since destroyed), I’ve been content to wait and see which figures cross my path. While not actively “hunting,” I am always on the lookout at shops and cons. I’ve managed to snag figures at San Diego Comic-Con (Lex Luthor), the New Jersey store It’z Vintage (Green Lantern and Flash), and even my own wedding (a second Superman), when a buddy from my old comic book store handed me a beaten-up figure in a plastic bag between the first dance and the speeches.

Clark, though, seemed to be beyond my reach. I see eBay listings for it regularly, but I resisted short-circuiting the collecting process and preferred to wait and see if I came across one in the wild. Finally, my moment arrived at the Javits Center a couple of weeks ago. Having successfully completed my only other NYCC quest — nabbing Superman #423 and Action Comics #583, the single issues of Alan Moore’s “Whatever Happened to the Man of Tomorrow? — I wandered into the booth where this story began.

Of the portion of the case that was visible, my eyes were immediately drawn to the Green Arrow, Batman, and Robin figures. The booth staffer obliged my request to see the rest of the case, and as he moved the one above it, the rest of the selection came into focus.

And there it was, dead center: Clark Kent, still intact and brightly colored. 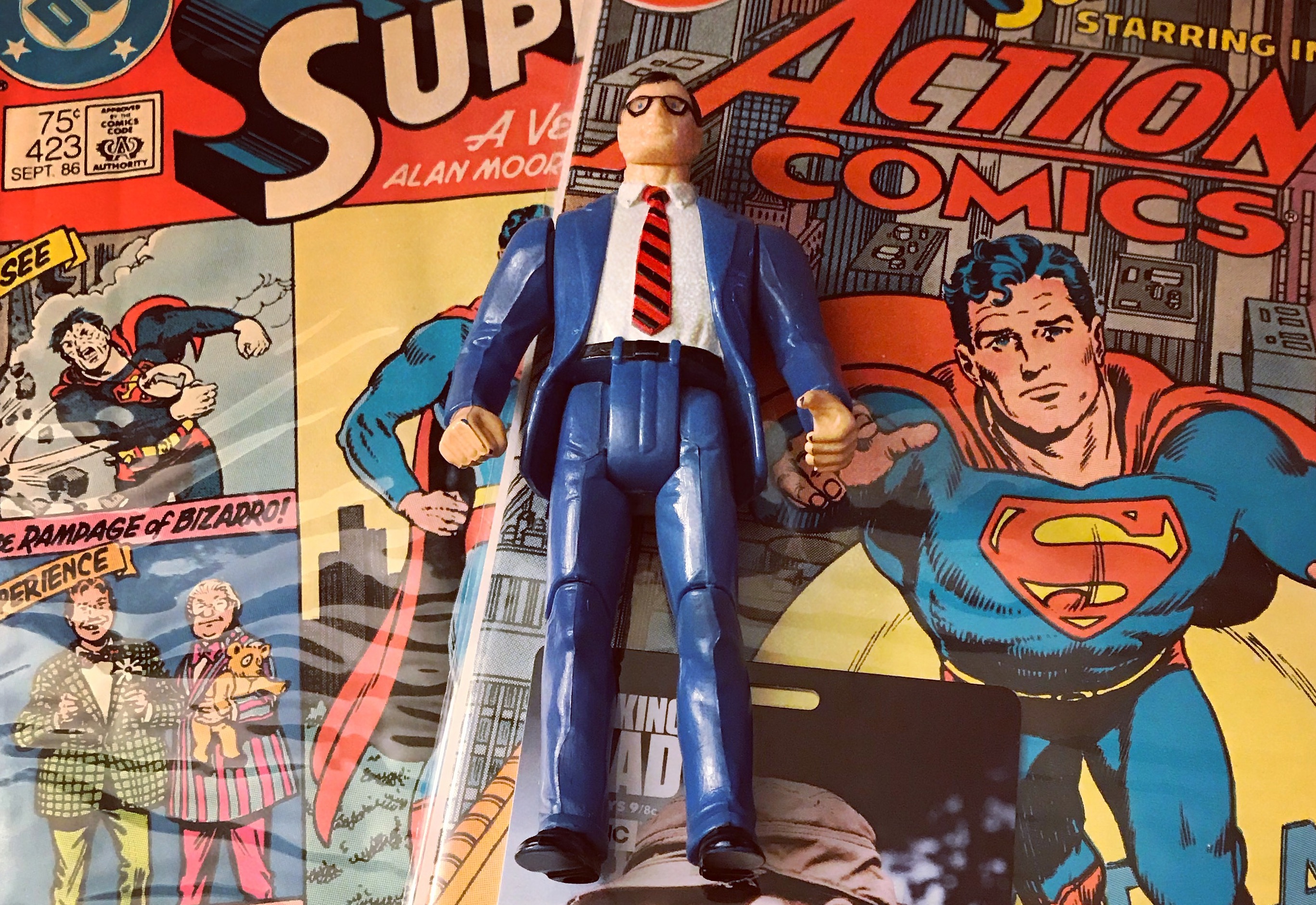 I learned a long time ago that hesitation kills—especially at a heavily trafficked convention—so I immediately handed over the cash. With that, I successfully acquired a long-time grail, adding another tangible representation of my fandom to my collection.

After that momentary charge had passed, though, I began to wonder: Was the ultimate purchase truly more satisfying because I “earned” it? If I really wanted the figure, wouldn’t I have simply ordered one online years ago? The psychology of collecting continues to fascinate, and so I pose the question to my fellow collectors:

Do you enjoy the thrill of the hunt?